EBRD's Francis Malige: For Ukraine's judiciary it's "catch and release"… That needs to stop.

Managing Director for Eastern Europe and the Caucasus at the European Bank for Reconstruction and Development (EBRD) Francis Malige in his interview with Ukrainian journalists spoke about the key obstacles to the inflow of foreign investment to Ukraine and prospects for the EBRD to finance natural gas purchases. He also assessed the ongoing privatization process and shared EBRD’s plans on investing in the capital of state-owned banks and other companies.

The World Bank believes that the Ukrainian economy must grow by 4% annually to reach a pre-crisis level. What steps need to be taken to achieve such growth?

Number 1 is macroeconomic stability. Before 2013, there was an illusion of stability – there was an artificial peg of the currency. But it was leading the country to the abyss where it fell afterwards. It was absolutely unsustainable. It was leading the country to an increasing deficit of trade, increasing loss of competitiveness, and increasing loss of opportunity. Now we have a devaluation with the new stability, with the new exchange rate, which is much a more sustainable level. Because it is based on the market. It is not based on a political decision.

Second is the banking sector that works and lends to entrepreneurs. Great progress has been achieved and I see risk appetite returning to banks which are willing to lend more. There’s a lot more progress still needed to restart and to keep the banking system growing but this is going in the right direction.

By the way, this is demonstrated by successful Eurobonds that the country has issued. This is a demonstration of success in reforms in the country. This is the first time that Ukraine comes back to capital markets. It’s a major victory. When you are a gold champion, what do you do? You go running the next day because you want to have the next gold medal. So there is no time to rest on the laurels, it’s time to work even harder for the next medal.

Now another thing that is also important and where Ukraine has made some progress, although not sufficient, is in the reform of police and justice. We have NABU that works very well but we see that there’s not enough follow-up on the part of the court system. There is an expression “catch and release” like in sports fishing… You catch the big fish, you identify it, you take a photograph and you put it back into the water. That needs to stop.

Ukraine has made a lot of progress in terms of closing down opportunities for corruption – like with the e-procurement Prozorro system for the state procurement, closing down the banks [cleansing the banking system], by increasing the price of gas which also removes a lot of corruption. But it’s not enough.

It’s not useful and sustainable in a long term unless there is law enforcement that is going to identify and enforce consequences on corrupt officials.

When I talk to investors about investing in Ukraine there is always a question: Will my investment be safe? Will my property rights be protected? And it’s a difficult question. And that’s what needs to be changed. It’s difficult to fix. But once it’s fixed, these 4% will look like a low number. 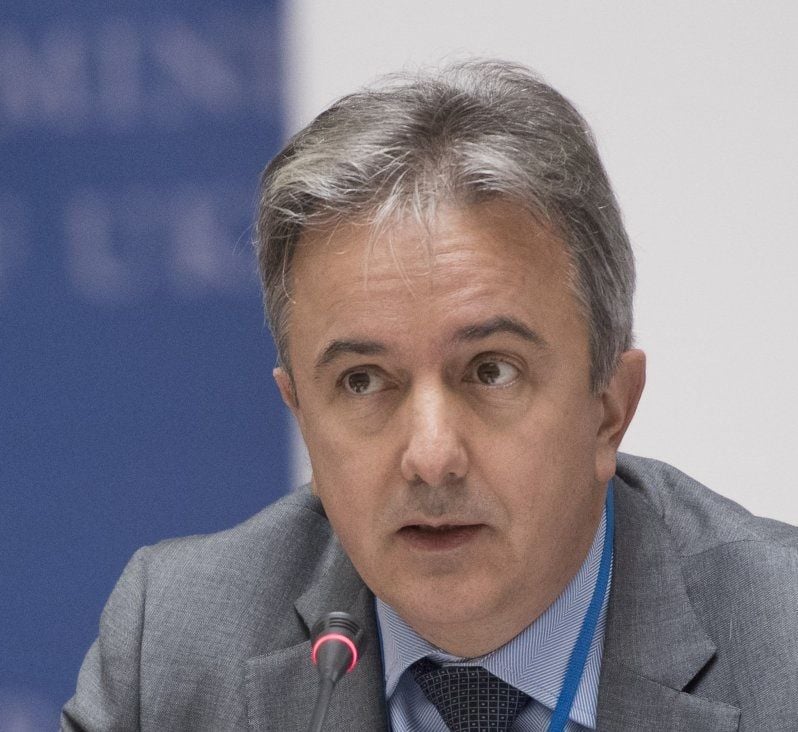 Is EBRD ready to lend to Naftogaz in the light of the company Supervisory Board’s resignation?

This [problem with the Supervisory Board] needs to be fixed. We’ve been working with G7 countries, with our fellow IFIs to make proposals to the government and we certainly hope to continue making progress on corporate governance [reform] at Naftogaz. On the one hand, this is urgent because Naftogaz needs Supervisory Board. You can’t have a large company like this without a supervisory board.

At the same time, we still have some time to fix the situation before we have to make a decision. What’s essential to Naftogaz is that they should have funds available to buy gas in the summer. A program for EUR 300 million was signed in 2015 for three years. So at the end of this winter, it’s the end of that program. And of course, we’d like to continue, maybe to even increase its size if we can.  But that means that we agree with the way forward with the corporate governance reform.

Are you going to further support privatization efforts in Ukraine because there are no tangible results we can talk about?

Yes, there are none. That’s one of the big failures. You know, in English they have a saying: a definition of madness is to try the same thing over and over again and to expect different results. So it’s time to try a different way. We’ve tried twice already with the Odesa Portside Chemical Plant and both tries failed. Privatizations that took place in August with the minority stakes in regional energy companies were very, very far from international standards. There was no competition on most of the sales. This is not the best way to protect the national interests. 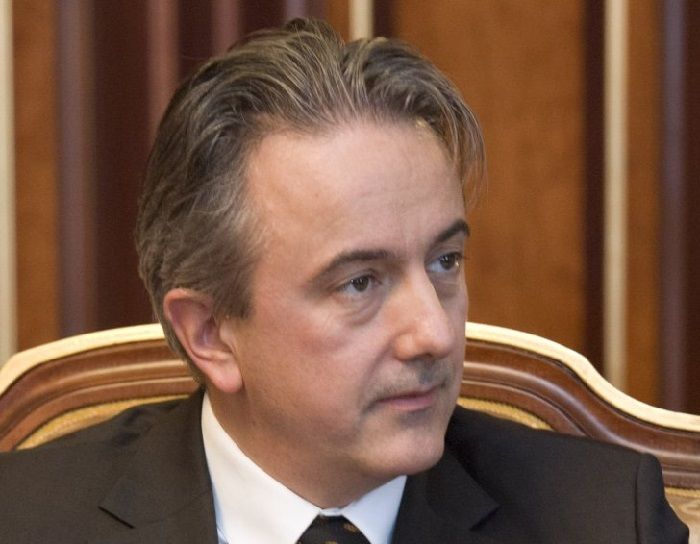 We could help first of all with technical assistance. We can also help by investing. We can do it in two ways. We can do this as a pre-privatization investment meaning that we invest in a minority share in a company to be privatized in order to prepare it for privatization. And then a few years later it is sold. And we can come in the time of privatization with a strategic investor and invest alongside. So, say, 60% is for sale. The strategic investor buys 51% and we buy 9%.

And we can also invest money in the companies that are going to be privatized in order for them to sell better. We can support them with money and with technical assistance. Technical assistance can be to the government or to the Property Fund to run a better process and to a company itself, like it is with Naftogaz, to improve the governance or to help improve some of the systems. That requires good political support and good professionalism of approach.

What assets are interesting to EBRD as an investor?

Today there are more than 3,000 companies in state ownership of which 1,500 are active. There cannot be that many strategic companies in a country. Of course, not all of these companies are going to attract high-level strategic investors. I think that in order not to be privatized the companies need to prove that they are strategic.

I can’t imagine a strategic hotel. I don’t think there is a strategic land plot with a warehouse in the center of Kyiv. Why does the state own them? Why does the state manufacture steam turbines? There are not the best in the world. When we have an answer to these questions it will be clear what needs to be privatized.

Is it possible that EBRD will become a shareholder in one of the state banks next year?

Time prediction is a very difficult thing to do. There is a law on state-owned banks that allows modernizing their governance. We’ve established, a little bit under pressure of time and urgency, a good model at [nationalized] PrivatBank. There we have an independent board that is able to supervise the running of the company and to limit the political influence on the bank. We also have a very supportive shoulder in the person of Finance Minister Danyliuk.

This law on state-owned banks aims to bring the governance of the other state banks to the one we have at PrivatBank. I think that once we have this law is in place we’ll start talking about minority investment. How long it will take, it’s anybody’s guess.

But certainly, this is the way we want to see the banking sector evolve. Right now the majority of assets is in state banks, and it shouldn’t stay that way. The experience in many countries around the world is that when you have banks in state ownership, most surely you will need more capital because it’s traditional that these banks make political lending decisions. This is not uniquely Ukrainian experience. I can name examples in France, Azerbaijan…

Given all Ukraine’s drawbacks, is it possible that EBRD will cut investment to our country?

Well, first of all, we do have money. As soon as the investment climate improves in Ukraine, we will go for more investment projects in Ukraine. We always aim to invest in Ukraine EUR 1 billion a year. Last year we were a bit below that, we were at EUR 600 million and we’re not happy. This year it depends on a few large projects, some of them with the state sector. One of them is a Kharkiv Metro and there are another couple of projects with the railways.

There is also a large project in the private sector on investment in a large plant producing energy efficiency equipment. This year’s volume of investment will depend on the said projects.

If you see a spelling error on our site, select it and press Ctrl+Enter
Tags: UkraineinvestmentprivatizationEBRDinterview