In Ukraine, prices are rising beyond forecasts, Prime Minister Volodymyr Groysman continues to inspect roadworks across the country, while infrastructure minister Volodymyr Omelyan complains over their insufficient funding and warns that this year’s repair plan will not be fulfilled. At the same time, anxiety is building up as Ukraine awaits news from Washington where the country’s delegation headed by Finance Minister Oleksandr Danyliuk tries to convince the IMF to allocate another bailout tranche - these are the main economic news of the outgoing week.

For weeks, prices in Ukraine have been rising for just about everything. The cost of motor fuel at gas stations is also rising at a frightening pace, and managers in stores across the country are forced to reprint price tags on a daily basis.

The National Bank has already confirmed that inflation is going beyond the forecast of 9.1%, so this may force the regulator to apply a more stringent monetary policy.

Forced to respond to the latest developments, Prime Minister Volodymyr Groysman while speaking on television had to answer journalists' questions about price hikes instead of channeling much more comfortable PR messages on road construction and pension reform.

"We had growth in prices for vegetable and fruit, because the harvest was not sufficient in the country. Why else have the prices risen? Because we became an exporter country, starting to sell our food abroad, for currency," Groysman said, noting that he expects the situation to improve in 2018.

"But what is a most important to do? To renew the capacity of production within the country. Therefore, I am looking at 2018 more optimistically in terms of prices than [I was looking] at 2017," the prime minister said.

Meanwhile, the State Statistics Service reported a 2% increase in inflation in September against the previous month and a 16.4% increase in annual terms. Since the beginning of the year, compared with December 2016, consumer prices in Ukraine grew by 10.2%.

According to a chief economist at Dragon Capital Olena Belan, the September hike in the consumer price index was caused mainly by factors from the side of supply, not demand.

"We continue to expect that annual inflation will slow down in the coming months, mainly because of the growing comparison base in the housing and utilities segment, associated with higher central heating prices in October last year," added Belan.

According to her, the faster than expected increase in food prices from the beginning of the year, as well as the approved increase in pension payments starting October as part of the pension reform, as well as the likely acceleration of budget expenditures toward year-end, create risks for the inflation forecast for the end of 2017 at 10.5% y-o-y.

Shots in the dark with IMF 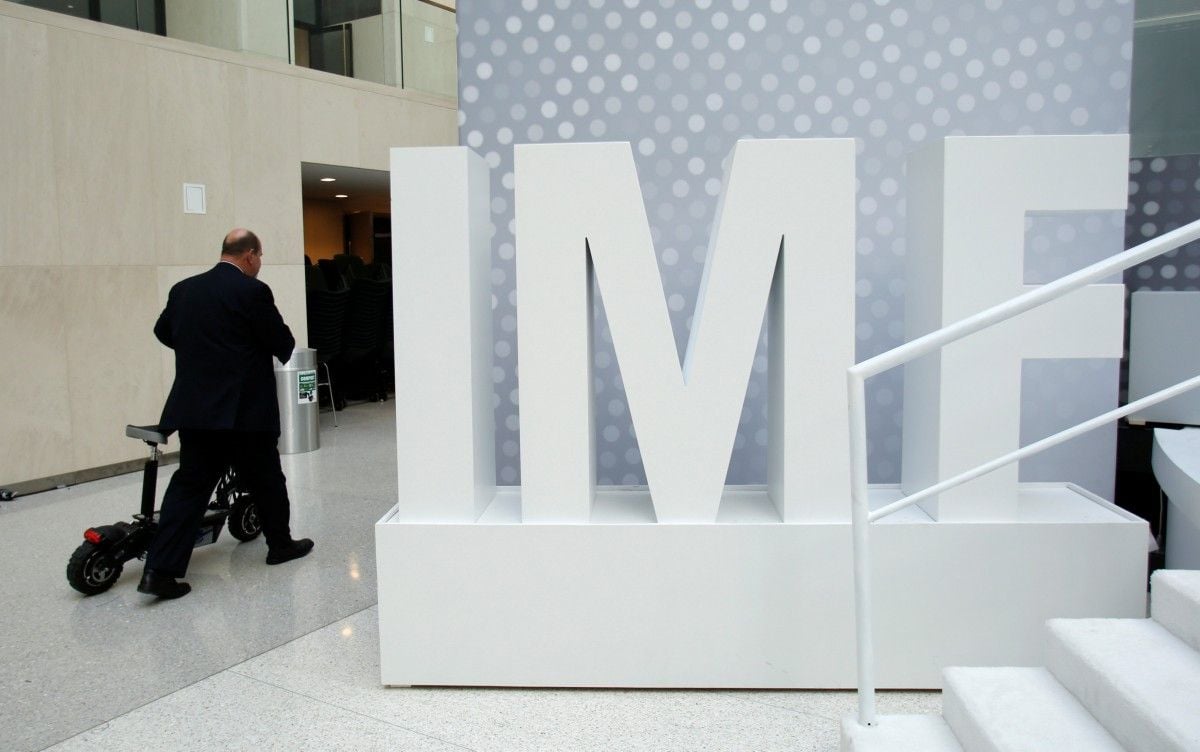 It seems that Ukraine’s relations with its key lender, the International Monetary Fund, have deteriorated. At the same time, the authorities pretend that nothing terrible is happening.

Finance Minister Oleksandr Danyliuk said that Ukraine remains committed to the program of cooperation with the IMF and is waiting for the next tranche before year-end.

Officially, the National Bank also adheres to this position, but unofficially people from government circles and especially the NBU officials, doubt that Ukraine will receive the next tranche, not only at the end of this year, but also at the beginning of 2018. After all, the traditional IMF mission has not yet arrived in Ukraine, although the visit had originally been scheduled for late September. And this is all because the head of the National Bank has not yet been appointed instead of Valeria Gontareva, who is now allegedly on vacation. The administration of the president reassures that they are about to come up with a candidature to be submitted for the Verkhovna Rada’s consideration. But, most likely, we will not see a new head of the National Bank appointed before November.

Another issue that spoiled the relationship between Ukraine and the IMF is the price of gas for the population. The IMF wants it raised, while the prime minister keeps repeating that there are no reasons for the rise. By the way, Reuters, referring to a source close to the negotiations with the Fund, wrote that Ukraine’s participation in the IMF program could be suspended if the IMF management does not agree on the new gas pricing formula proposed by the government.

The government rushed to refute the report but, obviously, there is no smoke without fire.

A lot depends on the annual meeting of the International Monetary Fund and the World Bank that is taking place in Washington, attended by the Ukrainian delegation led by Finance Minister Oleksandr Danyliuk.

It is up to him to fulfill the most important mission - to convince the Fund of the expediency of adjusting the formula for gas prices and to prove the compliance of the adopted pension reform with the commitments made earlier.

But is a task the finance minister can cope with? Moreover, that’s considering that during the Yanukovych reign, Danyliuk was his adviser and headed the Coordinating Center for Economic Reforms, reporting directly to an odious politician Serhiy Lyovochkin.

Not to mention the fact that Ukraine is increasingly annoying the West with the lack of actual results in the fight against corruption among the highest state officials. A reality show when someone gets caught, shown to media, only to be released later, is not working anymore. Actual verdicts are needed, especially on the principle of the father of Singaporean reforms, Lee Kuan Yew 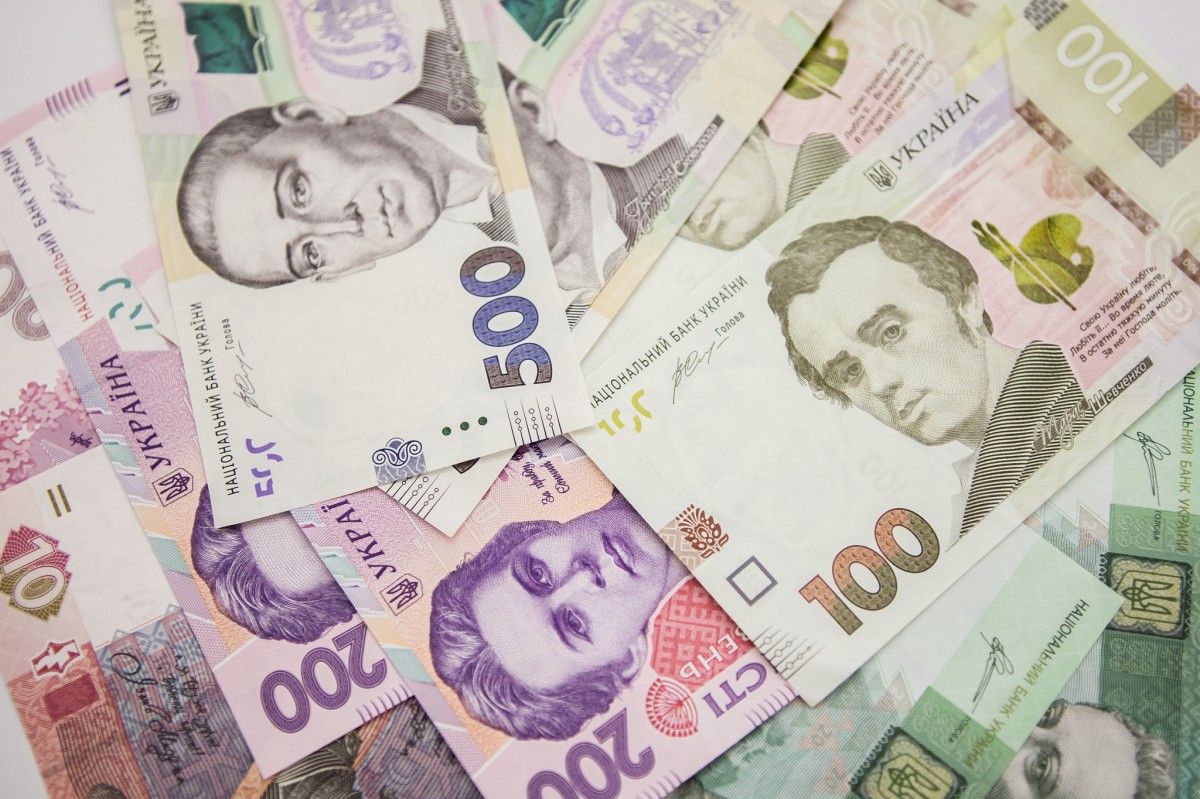 This week, the hryvnia showed relative stability. During the week, it strengthened by a few kopecks at times, to UAH 26.48 / USD, and then fell to UAH 26.63 / USD.

It seems that such dynamics will not last long. According to the National Bank, the majority of Ukrainian businesses (61.2%) expect the exchange rate of the hryvnia against the dollar in the next 12 months in the range of UAH 27 - UAH 30 / USD.

Meanwhile, there is a growing share of respondents expecting that the hryvnia rate in the next 12 months will not exceed the mark of UAH 27 / USD. It’s 21.1% of respondents against 14.8% in the second quarter.

Incidentally, at the beginning of the outgoing week, the National Bank and the Ministry of Finance made a serious step toward the future strengthening of the hryvnia by announcing the completion of the restructuring of a UAH 220 billion domestic debt, which will reduce the debt burden on the state budget.

According to the NBU, bonds worth UAH 145.2 billion were converted into long-term hryvnia-denominated bonds, whose profitability is linked to inflation, worth another UAH 74.4 billion, with fixed yield rates.

Previously, Deputy Finance Minister Yuriy Butsa noted that the re-profiling will reduce the debt burden of Ukraine in 2017-2020 by UAH 158.4 billion. 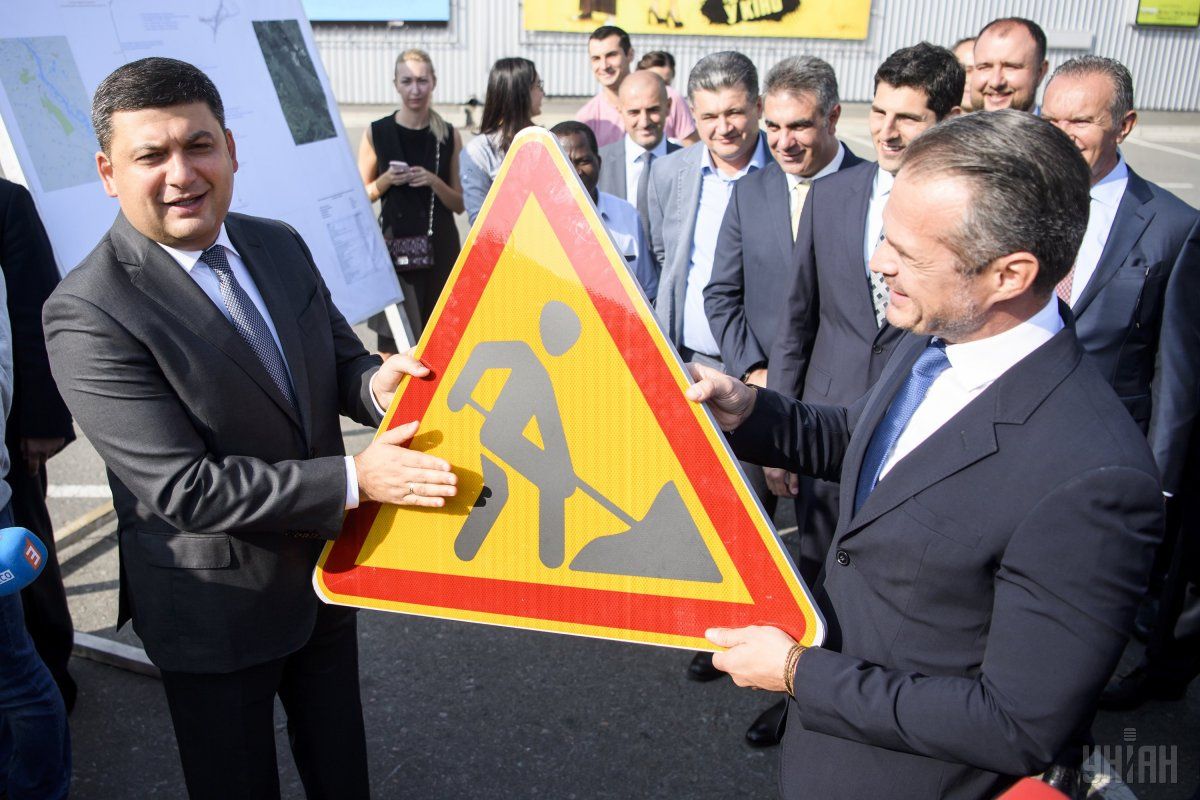 One of the few issues that the Cabinet (and especially PM Groysman) constantly keeps in check is road repairs. Almost every week, the head of government does not miss an opportunity to "inspect" the repairs at yet another road section. For example, in the outgoing week, he got familiarized with the progress of road works at a "Kyiv-Znamenka" section, which connects the central regions of Ukraine and has been in a poor condition for years.

By the end of the trip, the prime minister beamed with pride, saying that more and more quality modern roads are being built in Ukraine. However, Minister of Infrastructure Volodymyr Omelyan added a fly in the ointment, saying that it would be impossible to fully implement the road repairs plan because of insufficient funding.

"Earlier this year, when we were promised funding at UAH 35 billion, we proceeded from the fact that we will build about 2,500 kilometers of roads. As financing has not been disbursed in the planned - in fact we have more than UAH 20 billion - respectively, our forecast is 2,000 kilometers of roads by the end of the year," Omelyan said.

In this regard, the minister once again stated the need to create a Road Fund: "A Road Fund is a necessary thing. We will see what sums Ukravtodor and the Ministry have for repairs. The Road Fund is a protected article."

Next year, the government promises to allocate some UAH 46 – UAH 48 billion for repair roads. Let’s hope that the funds intended for road repairs in 2018 and subsequent years will indeed be disbursed correctly. But, perhaps, the most important thing is whether road services will be able to use more than UAH 40 billion. After all, experts say that regional road agencies are physically able to use only a maximum of UAH 4 billion. So the big question is, why should one allocate tens of billions if this won’t help repair more roads.