Ukraine has renewed its interest in "clean" energy. By year-end, it is expected that a record volume of alternative energy generating capacities will have been put into operation, that is some 500-600 MW. Even private households across the country have joined the trend by actively installing solar power stations. However, renewable energy still takes up an insignificant share in the country's overall energy balance.

In Ukraine, in January-September 2017, some 201.9 MW of new renewable energy capacities was commissioned. A modest result, indeed, but this is almost four times more than in the same period last year. Thus, the total installed “alternative” capacity has increased by 18% from year-start, now amounting to 1,320 MW.

Such a pace was unthinkable in the past years. At the same time, the share of renewable energy in the overall energy balance has so far remained negligible, at some 1.6%. Has the government succeeded in creating greenhouse conditions for the development of this sector, and also to overcome the prevailing opinion about the pressing corruption of the Ukrainian "alternative" energy sector?

First, Ukraine has one of the highest green tariffs in Europe, which is also significantly higher than for other types of generation: up to 17 euro cents (UAH 5.3) per 1 kWh. In addition, Ukraine guarantees the purchase of electricity at this special tariff until 2030.

Secondly, after the Revolution of Dignity, the provision on the “local manufacturer” was abolished: earlier, in order to be granted a “green” tariff, up to 50% of the equipment used in the construction of renewable energy facilities was supposed to be produced in Ukraine.

The Ukrainian renewable energy in the era of the then-president Viktor Yanukovych, when the "green" energy was engulfed by the companies from the leader’s entourage, was stained with corruption. Back in the day, a scandalous Activ Solar owned by Yanukovych’s ally Andriy Klyuyev, constructed Europe’s largest solar power station in Crimea, as well as a number of other large-scale projects in the southern regions of the country, while another friend of Yanukovych, Rinat Akhmetov, built Ukraine’s largest wind power station in Zaporizhia region. At the same time, because of the “local manufacturer” provision, the Ukrainian market for "alternative" energy was practically closed to large foreign and also local companies not affiliated with Yanukovych.

Now the “local manufacturer” provision is replaced by the mechanism of incentive bonuses (up to + 10% to the “green” tariff), which takes into account the interests of domestic producers, and also provides free access to the market of new players. At the same time, the incentive mechanism through the "green" tariff continues to be criticized because of its high cost, but the path which Ukraine is currently walking is the same the European countries have conquered, achieving significant results in the development of clean energy.

To be fair, it is worth noting that a new progressive auction mechanism is being discussed in high offices. It’s when companies compete for the opportunity to produce and sell their electricity to the grid, offering the lowest tariff.

Chairman of the Ukrainian Association of Renewable Energy Oleksiy Orzhel noted that the idea of holding such auctions is positive, since in this case the interests of the consumer and the investor will be met, while there is a number of problems that don’t allow implementing this system today, and no one knows clearly how to tackle those problems yet.

"Someone has to form a bid. In the current situation, the land for the facility is allocated by local councils, the commissioning is done by the State Architecture and Construction Inspection, connection to the grid is dealt with by another private monopoly, which is very difficult to negotiate with, and finally, there is a problem with obtaining a license and being granted a [“green”] tariff by NEURC," the expert said.

So will there be a long-awaited breakthrough? News agencies report almost weekly on the introduction of new renewable energy facilities, while foreign companies reiterate their interest in implementing clean energy projects in Ukraine. In addition, experts expected a record year for Ukraine in terms of new capacities introduced: a fivefold growth compared with the last year, to 550-600 MW. In pre-war times, the average annual volume of "alternative" energy was at about 300 MW.

However, expert forecasts might as well just not come true because of the slow response by the Ukrainian authorities. It should be noted that the construction and commissioning of "alternative" power plants in Ukraine is not an easy task as the investors are immersed in the bureaucratic swamp of all kinds of certificates and permits. The greatest test for the potential owner of an energy facility is to be granted a "green" tariff in the National Energy and Utilities Regulation Commission (NEURC).

At the same time, the thing is that on November 26, according to the presidential decree on the rotation of the Commission members, two of the current four of its members resign, which will lead to a no-quorum situation where the NEURC will no longer be able to pass any decisions, including on granting “green” tariffs. That’s’ because in order to carry out a scheduled re-election of NEURC members, a Competition Commission was to be created as early as May 2017. It was supposed to include two members from the parliament, two from the presidential administration, and one from the Cabinet.

As of the beginning of October, it’s only the Verkhovna Rada which submitted its members, while neither the government nor the president has yet exercised their legal right.

According to Orzhel, the situation bewilders investors who fail to accept the fact that one of the most important agencies in the country could just cease its operations for as long as three months. 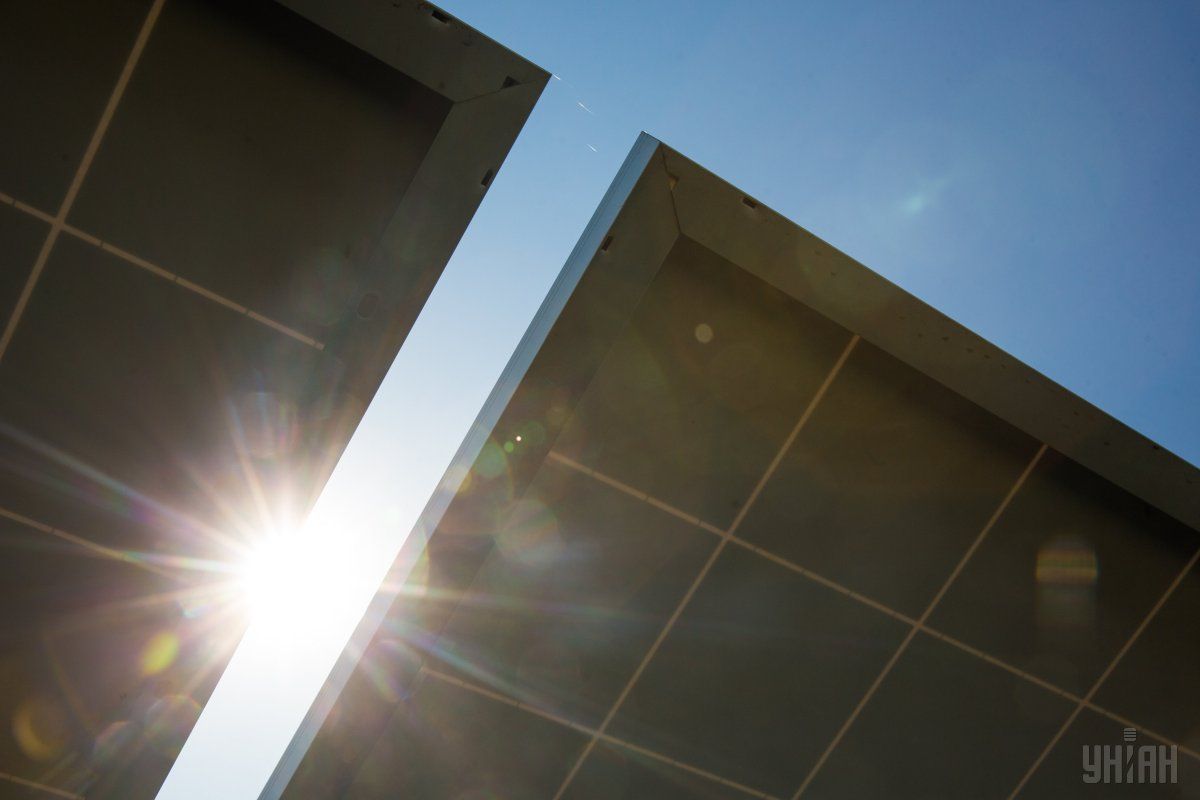 The total capacity of installed panels is about 25 MW, and the trend is undoubtedly positive, given that at the beginning of 2015, households produced close to zero MW of electricity.

The increased demand of the population for solar panels is primarily due to the law adopted in 2015, which establishes a "green" tariff at 18.09 euro cents (about UAH 5.5) per 1 kWh for electricity produced by [up to 30kw-strong] solar stations. To put it simply, in the daytime, when households consume practically no electricity, solar panels work at their maximum and sell electricity to the grid at 18.09 euro cents per 1 kWh.

In the evening hours, when household stations are idle, their owners buy electricity from the grid at the usual rate of UAH 1.68 per 1 kWh when consuming more than 100 kWh, or UAH 0.9 per 1 kWh with lower consumption.

From theory to practice

The owner of the first household solar power plant in Ukraine, a resident of Lviv region Roman Babiachok, said, "The station will pay off within six to seven years. In overcast regions, for example, Lviv region or Ternopil region, people try to install more photomodules - it costs more while generation capacity increases. In southern Ukraine, there is more solar radiation, so you can invest less and get the same effect as in Lviv region."

According to a solar energy expert Ivan Perepelytsia, the yield of the household station is 15% per annum, against 5% of the annual foreign currency deposit in the bank. And such stations will operate for at least 30 years. Given the guaranteed "green" tariff until 2030, which is tied to the euro, the investment is sufficiently justified.

"Installing a 10kW station costs about $10,000. The price includes the cost of panels, inverter, installation and a meter, which costs between UAH 10,000 and UAH15,000, depending on the area. If it is a good producer, the station will work for 25-30 years at 100% at the declared capacity," the expert said.

The process of installing a 30kW household station (a max allowed capacity) takes no more than 2 months, while a small station that can fit on a house roof can be set up in a shorter time. 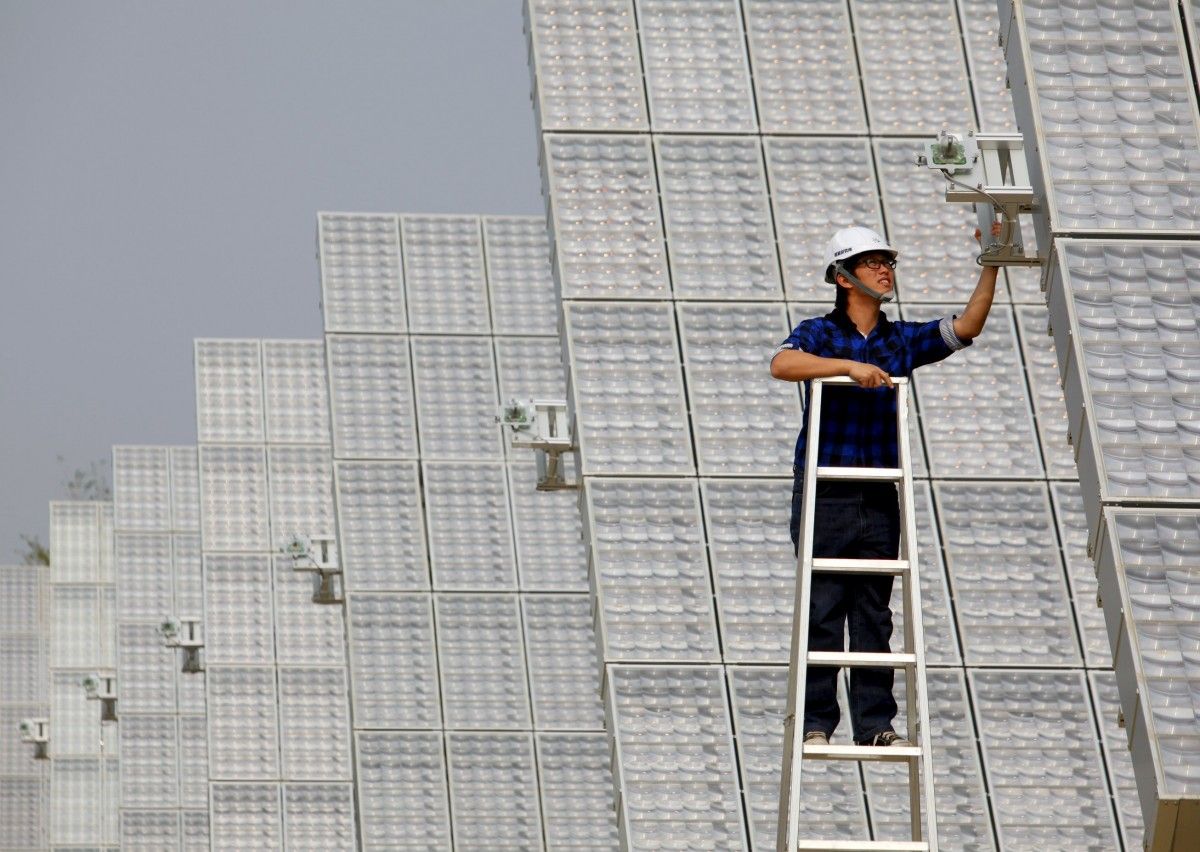 At first glance, everything is quite clear with household power stations. In addition to being environment-friendly and autonomous, they also bring obvious economic benefit, if only the citizens had money to install them. However, getting a permit to connect your station, and therefore start generating electricity and making money, is not so simple. It’s the regular clerks from regional energy companies who put sticks in the wheels of initiative citizens. "My station in Lviv is the first solar station in Ukraine. I built it in 2013 and I just couldn’t register it for a year. It was just reluctance on the part of the regional power companies, and only after the Revolution [of Dignity] was I allowed to do it," says Babiachok.

According to him, the Lviv regional energy company has now taken up pre-revolutionary practice, once again. "In Lviv, we can’t register solar stations in our gardeners’ association. Constant excuses, lame responses… all of this takes months. We have been unable to register the station for over a year. We even have a response from the NEURC that, indeed, this station can be registered through a tripartite agreement. We forwarded the paper to the regional power company, and for the third month we’ve been waiting for their response. The whole system is a failure because there is an oligarch who just doesn’t want to lose his profit, "Babiachok says.

He stressed that he had provided the regional power company with a copy of a similar agreement with Kyivenergo, which also had no effect whatsoever.

According to him, such situations are caused by gaps in the legislation, which makes it possible for regional power companies to interpret laws at their own discretion. "Oligarchs always want to have slaves who will forever pay them money," he said, adding that, for example, in Germany, several million solar stations were installed in households over three years, while only 1,600 were installed in Ukraine.

This is due to the fact that in Germany, in addition to the effective legislation and the rule of law, there is preferential taxation for household stations, cheap loans for their installation, and so on. "And we have a lot of different problems, starting with the fact that people simply have not enough money," Babiachok summed up.