Last week, the Verkhovna Rada adopted in the first reading a number of bills - on privatization, tighter monitoring of public procurement, and increasing transparency in utility tariffs – all really important for the reform of the country's economy, while the State Statistics Service reported on a slower inflation pace in October.

The discussion on the need to update the privatization legislation for the effective sale of state assets has been going on for several years already, but in recent weeks, Ukraine’s officials have intensified the propaganda campaign to speed up the consideration of relevant bills in the Verkhovna Rada. Last Thursday, the parliament finally approved in the first reading the Cabinet-drafted bill providing for a transparent procedure for the sale of state assets.

On the eve of the vote, Prime Minister Volodymyr Groysman stressed that a transparent privatization procedure would allow selling about 1,000 state-owned enterprises to efficient owners who could modernize production and create jobs.

"Most state enterprises in Ukraine are unprofitable, unfortunately. In 2016 alone, the loss of 89 of the 100 largest state-owned enterprises amounted to UAH 9.5 billion," Groysman noted.

It turned out that it’s not only the head of government who supported the need for large-scale sales of state assets by Ukraine, but parliament majority, experts, and international partners. After all, there are 3,500 SOEs across Ukraine, and that’s a huge figure. Even those few remaining Communist states carried out privatization dozens of years ago, not to mention Ukraine's closest neighbors. Moreover, even for the largest international investment companies, a portfolio of 3,500 enterprises is a figure too high. It is worth acknowledging that most SOEs from the list do not actually conduct any economic activities, remaining a burden for the central or local budgets. Even the 100 largest state-owned companies almost throughout the history of Ukraine's independence have only been generating losses. A really profitable asset today is Naftogaz, but that has only been the case recently, due to the reduction of gas tariffs to a market level a result of corporatization. By and large, the public sector of the economy is financed by taxpayers who cover losses which SOEs see due to corruption, ineffective management, and politically motivated decisions.

In fact, since the sale of Kryvorizhstal in 2005, not a single significant state asset has been auctioned off. We will not consider effective the opaque privatization of Ukrtelecom, the national telecommunication operator, seven years ago.

The government and the State Property Fund have several times tried to start large-scale privatization with the sale of the idle Odesa Portside Chemical Plant. These attempts revealed two problems: the absolute irrelevance of the Ukrainian privatization legislation in modern realities and the fact that potential investors are not eager to pay $270 million of the enterprise's debt to a company owned by Dmytro Firtash. That’s not to mention the requirement to $500 million for the plant itself – the minimum price set by the government.

Under these conditions, the Cabinet came out with an initiative to adopt a new privatization law, which was backed by the Rada in the first reading in the outgoing week.

The document provides for the regulation of the privatization process by a single law instead of seven, as it was the case previously. Besides, instead of five groups of privatization objects, there will remain only two – big SOEs and small ones. A big enterprise will be considered a privatization object with a value of assets exceeding UAH 250 million. A globally acclaimed investment adviser should be involved in their privatization, to help determine the starting price and also search for potential investors. Objects of small-scale privatization are planned to be sold exclusively through electronic auctions. Their starting price will be the net asset value, or book value in case their net is negative. The bill’s government version also provides an attractive opportunity for foreign investors – laying down in contracts the exclusive jurisdiction of international arbitration in case the results of privatization are challenged.

If the final adoption of the bill is possible before year-end, as Groysman reckons, the beginning of large-scale privatization can be expected as early as next year. 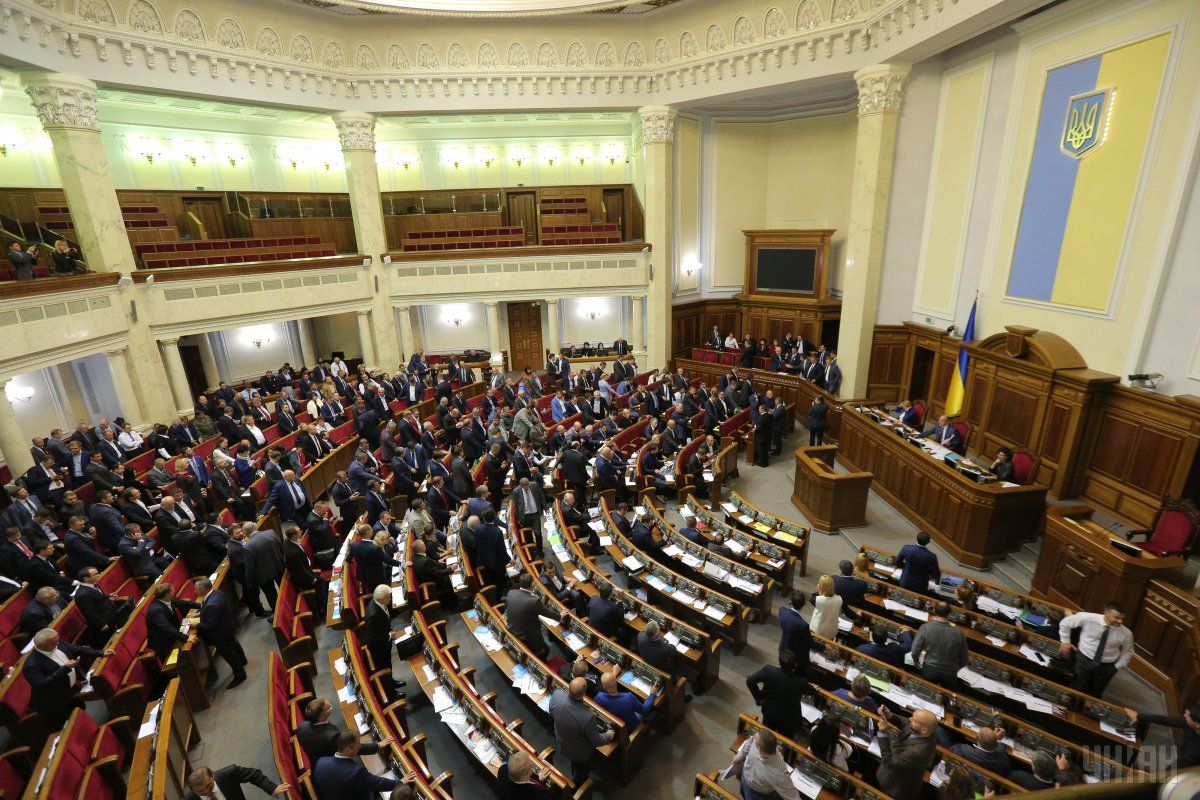 The Verkhovna Rada this week did not dwell on the privatization bill, moving to pass several other important initiatives. In particular, the parliament adopted in the first reading a bill allowing the State Audit Service of Ukraine (SASU) to monitor electronic tenders in the Prozorro e-procurement procurement system.

The document is really important due to the fact that e-tenders system alone cannot completely eradicate corruption, it only opens up to the citizens all information about public procurement. A year ago, a special monitoring portal Dozorro was launched, designed to identify violations with the help of the public and businesses. It has already allowed identifying 2,680 possible violations, while the actual performance of law enforcers and judiciary, which theoretically should have responded to such signals, remained depressing. Some 25 investigations were launched on administrative violations, which resulted in five fines, as well as 109 criminal cases, which ended up with only three prison sentences.

In this regard, the Ministry of Economic Development and Trade decided it would be better to prevent violations, not to investigate them once they have been committed.

The bill provides that the SASU shall publish a decision to start monitoring a specific procurement procedure within two days after its implementation in the Prozorro system. The monitoring period will not exceed 15 working days.

"This bill makes monitoring mandatory. We want to ensure that every time there is a red flag on some tender, the SASU should check it out," said Deputy Minister of Economic Development and Trade Maksym Nefyodov. 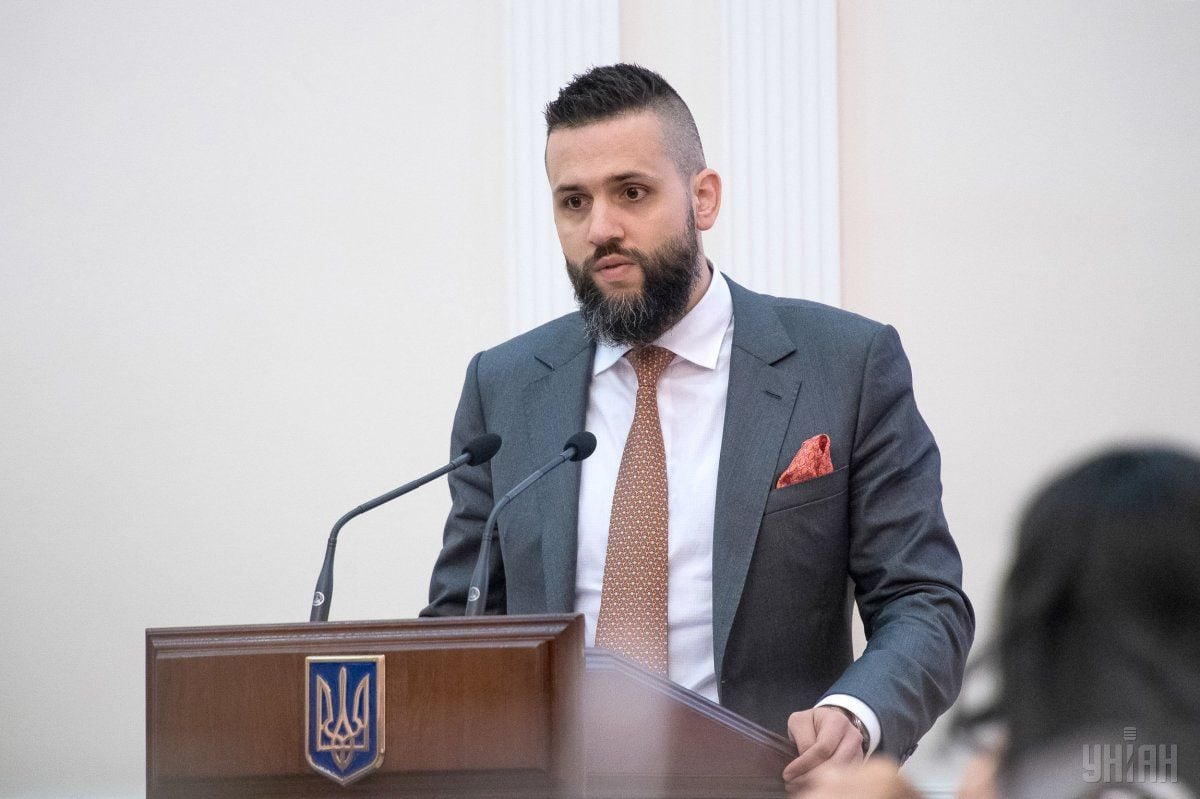 According to him, Prozorro collects terabytes of data on public procurement, which can be analyzed similar to an antivirus program and problematic tenders can be identified. At the same time, monitoring will not suspend the bidding process or reduce its effectiveness.

In addition, the parliament passed a law on the demonopolization of utility services market, providing for a transparent tariff split, with a clear indication of prices for utility services and house management services.

Now tenants of apartment buildings will be able to enter into both direct and collective agreements with utility providers, while these services will be accounted for solely through metering devices. At the same time, local authorities are deprived of the right to set tariffs for waste management services, centralized water supply, and central heating - henceforth they will not be included in the general tariff for maintenance of apartment blocks.

In parallel lines, the Rada for the second time this year increased the volume of funds allocated for subsidizing citizens to help them pay for utility services - by UAH 7.62 billion UAH, that’s up to UAH 68.8 billion. Meanwhile, the November increase in financing turned out to be two times lower than that in July when it amounted to UAH 15 billion.

Among other important economic decisions by the Ukrainian parliament, we can mention the recall of Serhiy Rybalka (Radical Party) from the post of Chairman of the Rada’s Financial Policy and Banking Committee. According to parliamentarians, the move was related to an investigation by law enforcers of enterprises, once controlled by Mr Rybalka, over their alleged trade with the occupied territories of Ukraine.

Thus, the Rada this week managed to adopt a whole range of decisions, which, with proper implementation and control, can improve the economic dynamics in Ukraine. 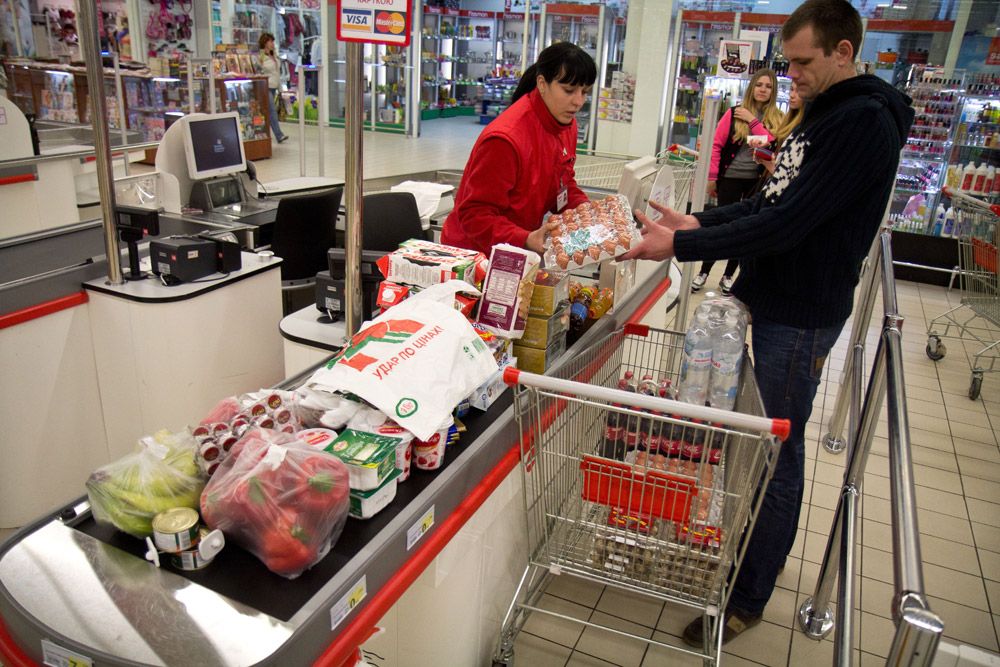 In the past week, the State Statistics Service reported on the reduction in inflation in October. Compared with October last year, the price growth slowed down to 14.6% from 16.4% a month earlier. According to the SSS, the largest increase in prices was recorded for the maintenance of houses and adjacent areas - at46.7%, meat and meat products - at 29.9%, and vegetables – at 29.4%.

The National Bank also brought some positive news - Ukraine's international reserves in October rose by 0.5% to almost $19 billion. Given that the volume of international reserves directly affects the exchange rate of the hryvnia against other currencies, their growth reduces the scale of a possible devaluation, and, accordingly, of a bigger inflation.

The hryvnia exchange rate in the interbank foreign exchange market throughout this week has strengthened by 31 kopecks, reaching UAH 26.52 per dollar by Friday.

At the same time, this October saw another important event in financial markets: more foreign currency was bought than sold by the population for the first time since January 2015, with the gap recorded at $2.4 million. It is difficult to say whether there is a turning point, a seasonal factor, or almost genetic concerns of Ukrainians about the possibility of an autumn devaluation, but the excess of the purchase over sales remains at the minimum level for the currency market.

Last Wednesday, the government also approved a loan agreement with the European Investment Bank and the European Bank for Reconstruction and Development totaling $320 billion regarding the implementation of an important infrastructure project in the second largest city in Ukraine, Kharkiv. The funds will be allocated for the expansion of the subway network. The implementation of real projects for funds in foreign currency is one of the effective ways to stimulate economic growth, and at the same time preserve the "strong" hryvnia.

However, Ukraine's economy this year does not seem to be growing at a surprising pace - the EBRD has retained its forecast of Ukraine's GDP growth in 2017 at 2% and at 3% next year. In general, the figures do not differ much from the forecasts by the Ukrainian government and NBU.

PM Groysman’s big plans to lead the country to the growth of at least 6% in 2019 still seem difficult to achieve or at least require qualitative economic reforms. One of them is the creation of a favorable business environment and protection of businesses from the tough pressure by law enforcers. To solve this acute problem, the government last Wednesday approved and submitted to the Verkhovna Rada a draft law on the introduction of responsibility of law enforcement agencies for their unlawful actions. In particular, the document provides for mandatory video and audio recording of searches conducted. Without such recording, evidence obtained in their process will not be considered valid. Similarly, if passed by the parliament, the legislative initiative will prohibit the seizure of the primary documentation and computer servers where it is stored, as well as the launch of criminal cases that have already been investigated and closed by other bodies. Time will show whether the Rada adopts the bill in its original form, but businesses have long been waiting for such regulation to be passed.

The next week promises to bring no less interesting economic news - the Verkhovna Rada will continue its plenary work and start considering the budget for 2018. The technical mission of the IMF to Kyiv will analyze the draft budget, while the president of the World Bank will arrive in Ukraine and starting Monday he will be meeting with government officials. Besides, the State Statistics Committee will report on the growth of Ukraine’s exports to the European Union.