President of the World Bank Group Jim Jong Kim visited Ukraine and advised that the government speed up reforms, the Verkhovna Rada adopted in the first reading the government-offered law on the state budget for 2018, while the National Bank proposed to withdraw from circulation small coins - these are the key economic events of the outgoing week.

The visit by President of the World Bank Group, Jim Jong Kim, was truly a landmark event. The last time the head of one of the most influential global financial institutions came to Ukraine was some 15 years ago. The high-ranking guest held meetings with the local political elite and civic leaders, and top businessmen. At each meeting, Kim repeated that Ukraine deserves the highest praise for the active promotion of reforms supported by international partners, and so much needed by Ukrainians. At the same time, the head of the World Bank reminded that there was still much to be done, and the country will see bright future only after it launches farmland market, creates an anti-corruption court, and introduces a fair pension system and adequate healthcare. At the same time, the creditor is ready to support land and healthcare reforms financially if it sees concrete steps to implement them.

According to Mr Kim, there is some $40 trillion in the world looking for its destination, and Ukraine could become such a destination.

Representatives of the World Bank have also assured that they see no reason to halt the provision of financial guarantees to Ukraine for gas purchases during the heating season, despite the existing issues with corporate governance in Naftogaz of Ukraine. All legal obligations and conditions are met, and therefore the Bank has no reason to stop the process, according to WB Director for Ukraine, Belarus and Moldova Satu Kakhkonen.

Apparently, having rejoiced over this, the Cabinet of Ministers canceled the competition for the post of an independent member of the Supervisory Board at Naftogaz, which has been vacant for almost two months, obliging the Ministry of Economic Development to submit to the government the candidatures of state representatives and independent members. Such a mechanism is unlikely to ensure the independence of the holding's supervisory board and certainly will not please international partners, as previously a it was a nomination committee with participation of representatives of international financial organizations and ministers of the economic bloc who selected such independent members.

Incidentally, in October, one of Ukraine's major investors, the European Bank for Reconstruction and Development, said that they consider the lack of an independent advisory board in Naftogaz is an obstacle to continue and even increase financial support for gas purchases. The EBRD also submitted to Ukraine its proposals for candidates to the holding’s supervisory board.

Budget and other useful initiatives in parliament 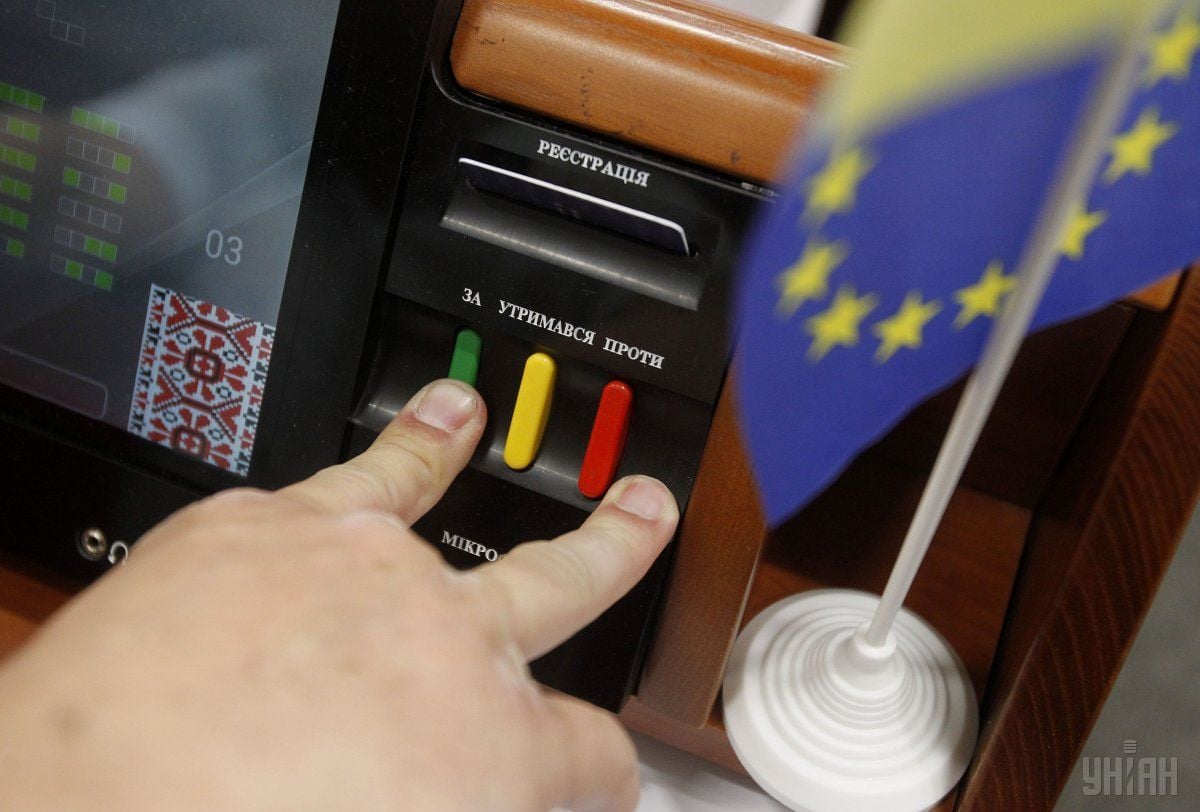 In the outgoing week, the legislators at the Verkhovna Rada, probably a bit hypnotized by meetings with a high-ranking guest from the World Bank, or with experts of Ukraine’s key lender, the International Monetary fund, who were working in Kyiv - quite quickly and smoothly voted in the first reading for the government draft budget for 2018.

The bill was adopted with a number of amendments by the Budget Committee, voiced in the session hall, which could result in an increase in the revenue and expenditure parts of the budget compared with the original version. In particular, the committee proposed to increase spending on a number of programs and compensate for this by a UAH 1.7 billion increase in the central bank’s transfers to the treasury, as well as revenues from personal income tax and rent for the use of subsoil for the extraction of natural gas. The text of the amendments has not yet been made public, but the Ministry of Finance promised to prepare it for the second reading which will be held in two weeks.

Commenting on the decision of lawmakers, Prime Minister Volodymyr Groysman once again stressed that the government has developed an economic development budget that meets the needs of decentralization, and called for the deputies no to delay its adoption as a whole.

Another important decision by parliament this week was the adoption in the first reading and immediately as a whole of the law on the protection of businesses from undue pressure by law enforcement agencies. It obliges law enforcers to video-record searches and ensures the right of the one whose premises are searched for a lawyer. In addition, now, instead of seizing computer equipment, only copying of information is allowed, while substantial grounds will be required to seize company’s original documents.

After the adoption of the law, the prime minister called upon law enforcers to talk with businesses with respect. 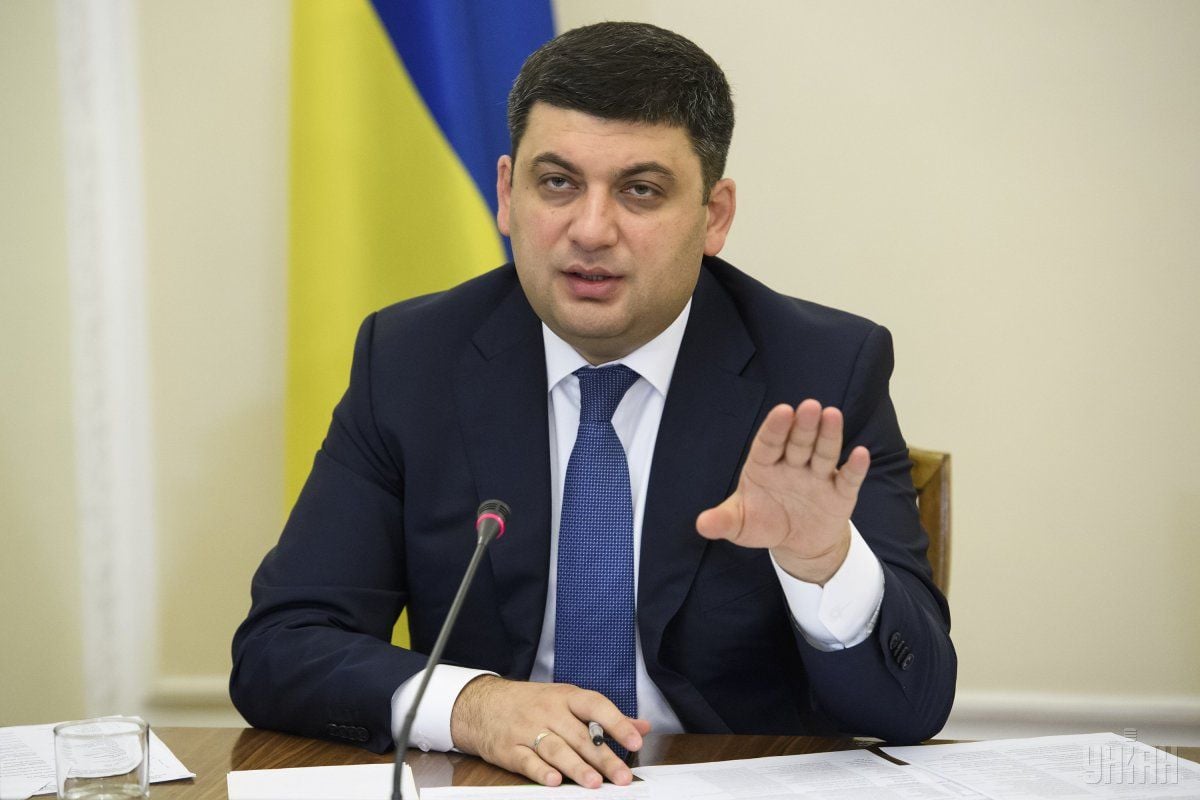 "If you do not get it and continue to press the businesses, we will come to every corner of the country and bring you to responsibility, public responsibility. Businesses should finally get respect from the state and, first of all, from law enforcement agencies," said Groysman.

In addition, the Rada made the first step in the outgoing week to create a centralized credit register of the National Bank, which is Ukraine's obligation to the IMF and a condition for receiving macro-financial assistance from the European Union. The parliament adopted in the first reading a bill that presumes the creation of a register, which will receive information from banks and in return provide the required information to financial institutions. Financiers promise to sacredly keep bank secrecy and not infringe the rights of private credit bureaus functioning in the country. 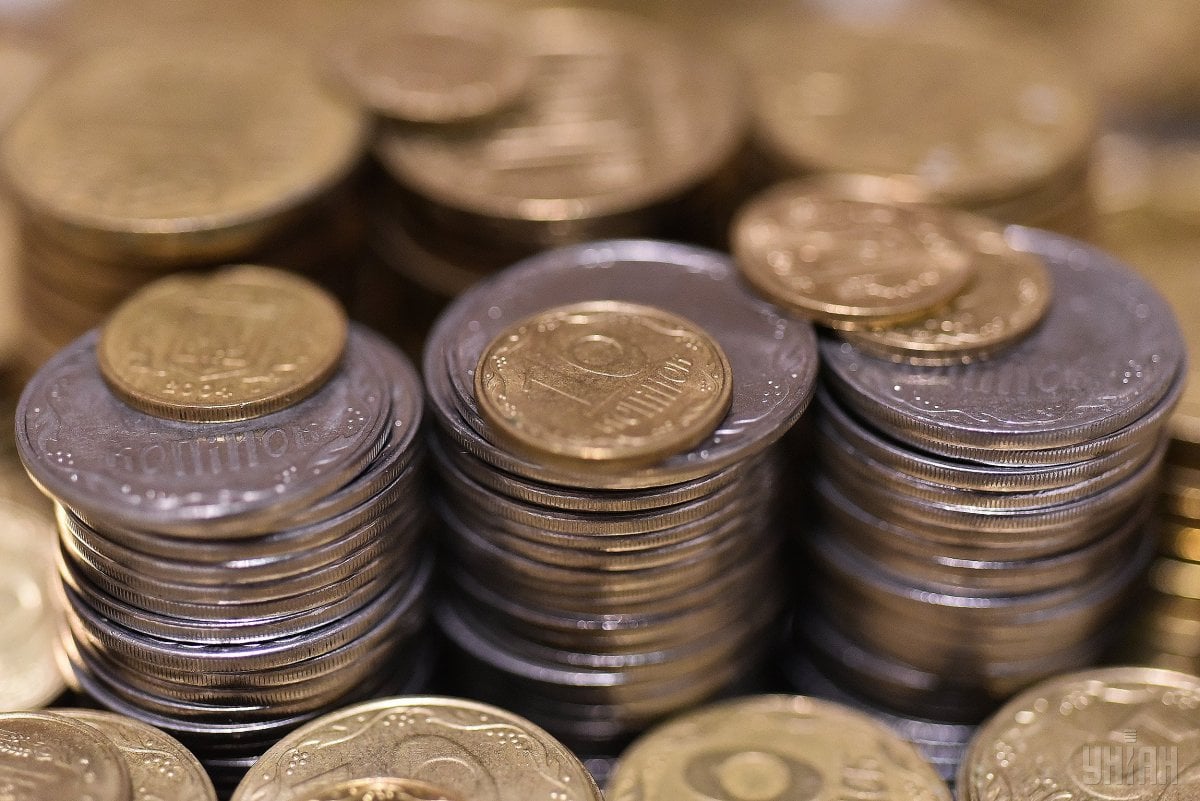 In the outgoing week, the National Bank shared plans to optimize the circulation of small coins by offering to stop issuing coins with denominations of 1, 2, 5 and 25 kopiykas, and round off the purchase sums. The regulator released the relevant draft decision for public discussion, waiting for its completion within a month. The NBU has promised that there will be no compulsory withdrawal of coins from circulation, so citizens should not rush to break their piggy banks and run with their kopiykas to the nearest store or bank.

The National Bank believes that the implementation of the proposed initiative will save about UAH 91 million a year on the production and transportation of coins, with no impact on inflation, since rounding will affect the total amount of the total receipt, rather than that on individual goods.

"The retail market is quite competitive. And if the price was set at UAH 20.14, it was only to support the competitive advantage," said Volodymyr Lepushinsky, deputy director of the NBU's monetary policy department, noting that most retail chains have already developed their own rounding rules.

Also on the outgoing week, the National Bank pleased foreign investors by promulgating another permit to pay dividends in foreign currency. Since November 15, companies operating in Ukraine will be able to transfer abroad dividends for 2013 within $2 million per month for each legal entity. Payment for 2014-2016 years will occur, as before, within the monthly limit of $5 million.

Also, the NBU allowed resident borrowers who are in the process of liquidation to repay ahead of schedule their foreign loans in favor of non-residents in accordance with the established order. The regulator believes that these steps will not lead to a significant increase in demand for currency, as now the purchase of currency for the repatriation of dividends for 2014-2016 is less than 4% of the demand for currency in the interbank market.

According to the NBU, at the beginning of November the businesses from June 2016, or from the moment of the ban lift on the repatriation of dividends for 2014-2016, withdrew from Ukraine dividends to foreign investors worth $2.118 billion, which is almost 42% of the total amount of repatriated dividends declared by companies.

The currency market of Ukraine has not yet reacted to the regulator's steps. Quotations of the national currency on the interbank market, after strengthening to the dollar a week earlier by 45 kopiykas - to UAH 26.50/26.52 to the U.S. dollar, by the end of this week, after small fluctuations, remained almost at the same level.

Last week, the State Statistics Service released operative estimates indicating that the growth of real GDP of Ukraine in the third quarter of 2017 in annual terms slowed down to 2.1% after growth of 2.3% in the second quarter and 2.5% in the first quarter. Experts predict that in the fourth quarter, economic growth will also slow down due to the high comparison base due to a sharp jump in production in agriculture in late 2016. Analysts said the drop in growth was an expected one.

"The activation of domestic demand, both among consumers and investors, fully compensated for the negative effect on the economy from the severance of economic ties with uncontrolled territories," explained Olena Belan, chief economist at Dragon Capital.

This slight weakening of the growth rates did not disappoint the Prime Minister, who said that next year Ukraine should set a goal to achieve more than 5% of economic growth with a budget forecast of 3%.

"The economy began to grow. But this is not enough for rapid changes in the lives of citizens. We must pass laws to see not just a 3% growth, but 5-7%. This success is reinvested in raising living standards for citizens and modernizing the country," Groysman stressed.

Next week will be no less interesting. IMF officials promise to share the results of their work in Kyiv, while the State Statistics Service will publish statistics on industrial production and financial performance of large enterprises.