The "Marshall Plan for Ukraine", initiated by the country’s European friends, intensified the discussion within the EU about the system of incentives for Ukraine’s economic and political development. The Eastern Partnership summit in Brussels last week, saw no breakthrough on the issue, although it did not put an end to the idea. Ukraine is yet to prove to European officials and financiers that the country is worth investing in.

Since 2014, the European Union has mobilized nearly EUR 12 billion in financial assistance to Ukraine, including EUR 3.4 billion of macro-financial aid. Of course, not all this money was spent on projects in the real sector of the national economy, although it was precisely this sector that suffered the most.

After the clear European choice the Ukrainians had made and the Russian military aggression that followed, Ukraine lost about 20% of its industrial potential, while the volume of GDP in the dollar equivalent decreased by several times. Moreover, Russia, traditionally a key market for Ukrainian goods, in addition to military aggression and occupation of part of Ukraine’s territory, has closed access to a significant part of Ukrainian exports. Besides, in violation of the norms of international trade, Ukraine’s northern neighbor began blocking transit of goods to the countries of Central Asia through its territory.

All this takes away a precious share of economic growth, slows down the process of restoring the living standards of Ukrainian citizens, and raises political risks. If the economy continues to show such a weak growth at the level of 2-%, how long will the weary Ukrainians keep unequivocally supporting the European vector of development?

At the same time, the most funds that Ukraine receives from international partners go to achieve macroeconomic stability through payment of external debt and an increase in gold and foreign exchange reserves. This is extremely important for the stability of the exchange rate and inflation reduction but the real sector of the economy - first of all small and medium businesses – sees practically no financial assistance, investment, or affordable lending. But the real sector of the economy means real people - with devalued savings, scanty social security, and constant assurances that "life will be better tomorrow".

In these circumstances, representatives of the political elite of Ukraine’s European friend, Lithuania, which has traveled the path of European integration and understands better than anybody else the challenges Ukraine is facing, drafted a European plan suggesting support for SMBs, infrastructure projects and other spheres of the Ukrainian economy for the next 10 years, totaling about EUR 50 billion.

According to one of the authors of the Plan, former Prime Minister of Lithuania Andrius Kubilius, the Baltic states that were once also undergoing painful reforms towards European integration, had a clear prospect of EU membership, indeed, a worthy political and economic goal. At the same time, the European Union is not ready to offer the same to Ukraine. Meanwhile, financial assistance programs, be it by IMF or other partners, do not directly lead to economic growth and higher living standards for citizens.

"The IMF does not invest in real economy, it lends to achieve macroeconomic stability, and this is extremely important. But, as a rule, maybe some three people in the country get the essence of the IMF programme - the finance minister, prime minister, and central bank. The rest basically don’t understand why painful reforms should be carried out to get some money in some kind of reserves. During a cycling trip from Mariupol to Kramatorsk this summer, I asked people if they felt EU support on the ground. The answer was unequivocal – they don’t. This must be fixed, otherwise the moment and motivation for reforms will be lost," Kubilius said.

According to the former Prime Minister of Lithuania, of the entire package of financial assistance to Ukraine from international partners, the funds reserved for investments in the real economy total about EUR 6 billion, of which Ukraine managed to actually get some EUR 1.6 billion – that’s less than a third.

In conditions when private investments come to Ukraine extremely reluctantly, such a volume of raised funds is just not enough to achieve rapid economic growth. And the consolidated support of the investment plan on the part of the EU could allow fixing this problem.

The European plan is based on the principle already familiar to Ukraine’s Western partners - investment in exchange for reforms. And first of all, it is aimed at supporting SMBs, capable of promoting the European both economic and political integration of Ukraine.

The reforms and successes of Ukraine are not inevitable. The EU has the experience of ensuring long-term stability, as well as winning the struggle for the hearts and minds of people to preserve the motivation for reforms. This was done through the "soft power" of the Marshall Plan in 1947 or, for example, through the EU enlargement in 2004, according to the presentation of the European Investment Plan.

At the same time, the authors of the Plan emphasize that the EU faces another challenge in the Eastern Partnership countries, an answer to which should be an adequate economic policy.

"We have to propose a European plan for Ukraine to increase investment and economic growth. According to international experts, an increase in investments to up to EUR 5 billion annually will lead to 6-8% of annual economic growth over the next 5-10 years," the Lithuanian partners emphasize.

The plan is designed to solve three pressing problems - the slow use of the country's financial assistance, corruption in its use, as well as reduced motivation for reform. The first and second problem is proposed to be resolved through the creation of a special agency - first as a project office, and later as a financial development institution. The office will be engaged in ensuring the implementation of conditions for obtaining investment in the shape of reforms, as well as preparing investment projects with an emphasis on small and medium-sized businesses, large infrastructure projects, state enterprises, and regional development.

"The office must have the mandate to require the government to implement the necessary reforms to get investment," Kubilius stressed. 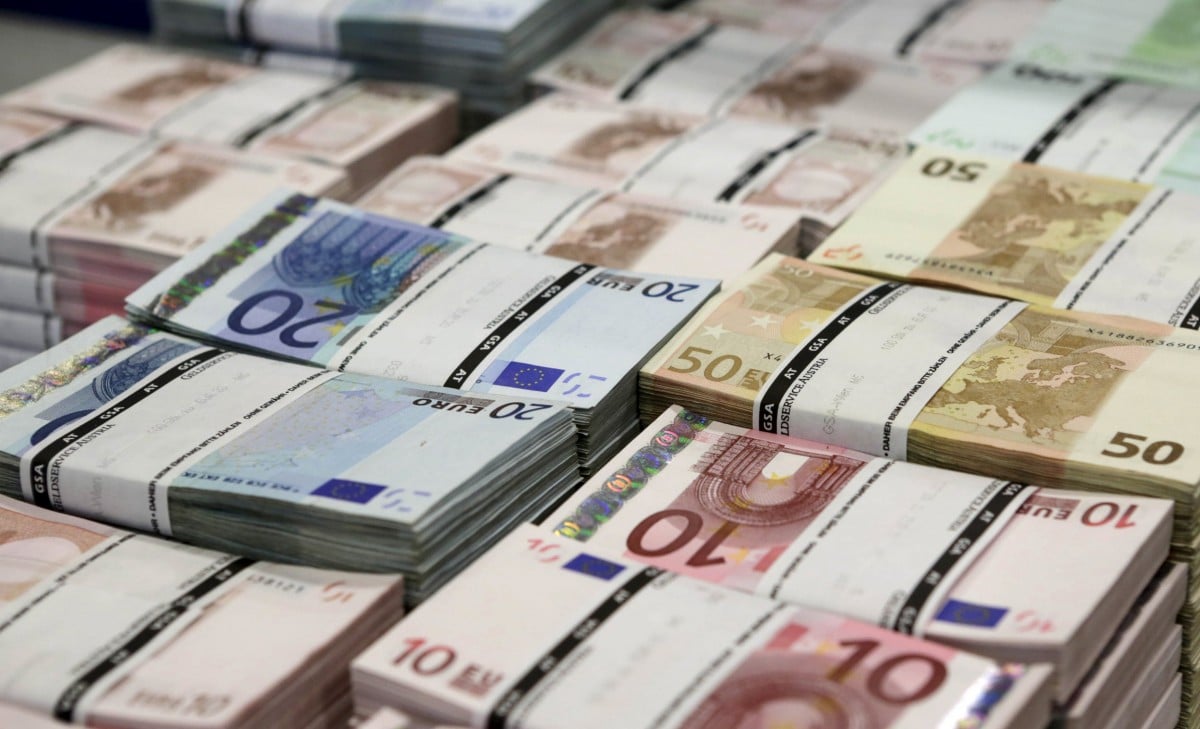 According to the authors' estimates, the leverage within the plan will be at about 10 - this means that to finance investments at the level of EUR 5 billion per year of real funds only about EUR 500 million will be required, while the remaining amount can be attracted by debt financial instruments. Investments are planned to be allocated in a package in response to the implementation of coordinated reforms - according to the principle of Ukraine's work with the International Monetary Fund.

"Ukraine will be able to get investments only if certain conditions are met - reforms. These reforms will be similar to those required in the framework of the memorandum with the IMF. The plan should become a kind of "carrot and stick" thing to speed up reforms in conditions where the EU is not ready to offer a prospect of membership to the Eastern Partnership countries," Kubilius said.

Thus, the plan, designed for 2018-2027, is to motivate reforms instead of flooding Ukraine with free money. Nevertheless, such an initiative in the case of high-quality implementation will give a powerful impetus to accelerated economic growth.

Those who try will go full way

The Eastern Partnership Summit, held in Brussels in late November, demonstrated that European officials were not enthusiastic about the idea offered by Lithuania. On the eve of the summit, European Commissioner Johannes Hahn made it clear that there creating a separate investment fund for Ukraine was not on the agenda as existing support tools are enough. 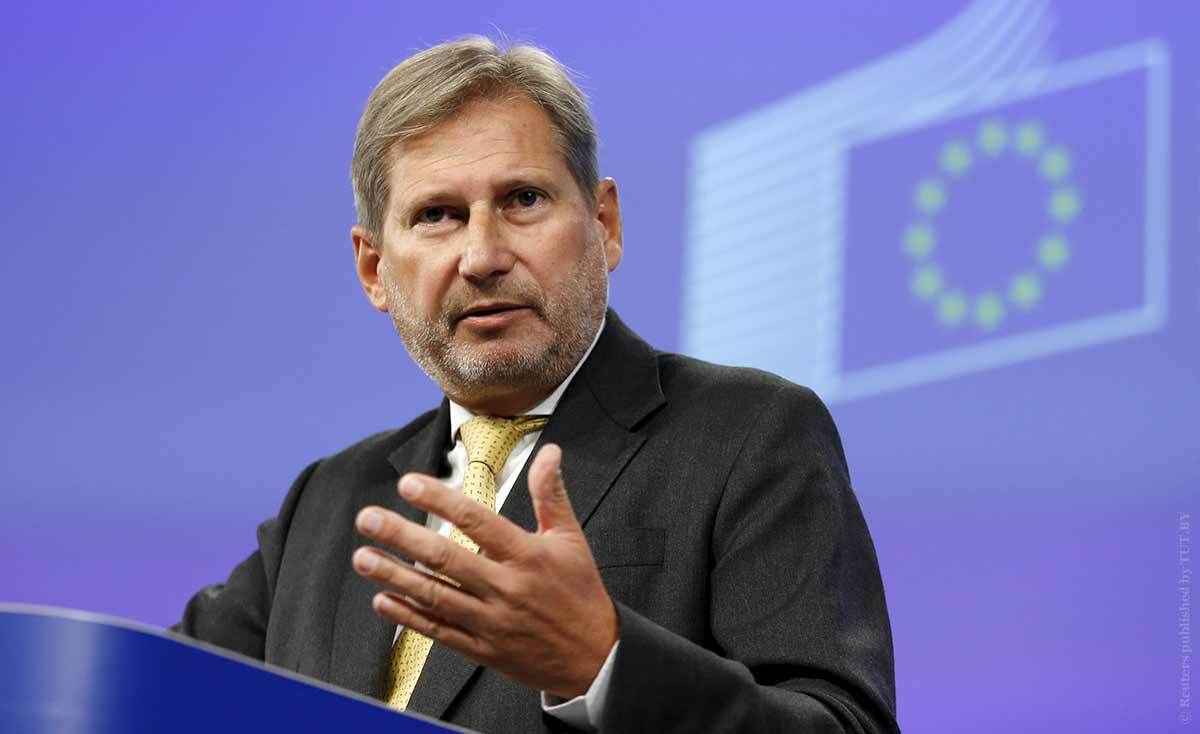 Instead, during the summit, the expansion to the Eastern Partnership countries of the EU external investment plan was discussed, originally developed for the countries of Africa. However, the logic of this tool cannot be compared with the proposals of Lithuanian partners - in fact the proposed modification of the "African plan" is designed to insure the risks of European companies investing in politically and economically unstable countries. It is hard to imagine that European companies, insured against risks, will immediately invest in Ukrainian small and medium-sized businesses, and even more so - invest in infrastructure. But it’s precisely these spheres that experts say are as key potential points of growth of Ukraine’s economy. Moreover, the total amount of financing of the investment plan, proposed to Africa and the countries of the Eastern Partnership, totals EUR 44 billion. This is far from EUR 50 billion for Ukraine alone in the framework of the Lithuanian initiative…

"The decision that we are awaiting should be taken by the Council of Europe, this can be done in December. The decision will give the mandate of the European Commission and the European Investment Bank to develop a plan. And if this is done, then a special donor conference can be held in February-March. There the donors must come to an agreement on the details. This will mark the start of the whole process," he said.

The former head of the Lithuanian government recalled that passing decisions through the European bureaucracy requires certain persistence.

"This is how Europe works: you knock, and you see doors open," the former prime minister said.

Meanwhile, the Eastern Partnership summit is not expected to give concrete answers to questions about the prospects of European investment support for the Ukrainian economy. Obviously, Brussels resists the idea of implementing an investment plan for any particular country. However, if the diplomats manage to agree with the leadership of the EU member states on supporting the Lithuanian version of the plan, the Council of Europe can approve it, after which the European Commission will have to develop specific mechanisms for its implementation. And while private investments are not seen flowing into Ukraine, the initiative of Lithuanian partners looks like an excellent chance to spur economic growth.