The Ministry of Infrastructure said a national low-cost air carrier would launch operations soon, the European Union postponed its next EUR 600 million tranche of macro-financial assistance to Ukraine, the National Bank warned that the inflation rate by year-end and in 2018 may turn out to be higher than expected, while the hryvnia once again feels tipsy - these are the week’s main economic news.

Giving Ukrainians hope for cheaper air travel, Infrastructure Minister Volodymyr Omelyan announced that the national low-cost air carrier SkyUp would put its fleet in the sky as early as in the spring of 2018. The ministry expects that the new player will bring global changes in the market of passenger air transportation.

"I am pleased to announce the creation of a Ukrainian low-coster that will carry out domestic and international flights. It will start its work in April 2018 ... It is important that from now on the Ukrainians will have more opportunities to discover the world," Omelyan said while presenting the project.

The airline's plans for the first year of operation include the launch of international charter flights, as well as regular flights to both Ukrainian and international destinations.

Charter flights will be launched from Kyiv, Kharkiv, Lviv, and Odesa to 16 most popular tourist destinations. Regular flights across Ukraine (Kyiv - Odesa, Kharkiv – Odesa) will start at the end of May. Ticket prices on regular flights will be formed according to the low-cost (no frills and no free luggage) model. It will cost around UAH 499 to fly one way from Kyiv to Odesa.

"Our mission is to make travel accessible to most Ukrainians, while ensuring a high level of service and innovation," said Yuri Alba, SkyUp’s founder.

Meanwhile, the Ministry of Infrastructure continues negotiations to attract to the Ukrainian air market foreign players in the discount air travel business, including Ryanair.

"I believe that Ryanair will enter the Ukrainian market. We have already finalized the negotiations. It was possible to find a consensus with the Boryspil Airport, and the one had already been reached with the Lviv Airport. The year of 2018 will definitely be a year of cheap air travel," Omelyan said.

According to him, the Ministry of Infrastructure has begun its work on a full implementation of the European Directive on airport fees. This means that all airports with an annual passenger flow of up to 5 million passengers will be able to set tariffs and fees in accordance with their own business model.

"We are working to fully liberalize the market and are ready to support everyone who stands for fair competition, who wants their airline and their country develop," said the minister. 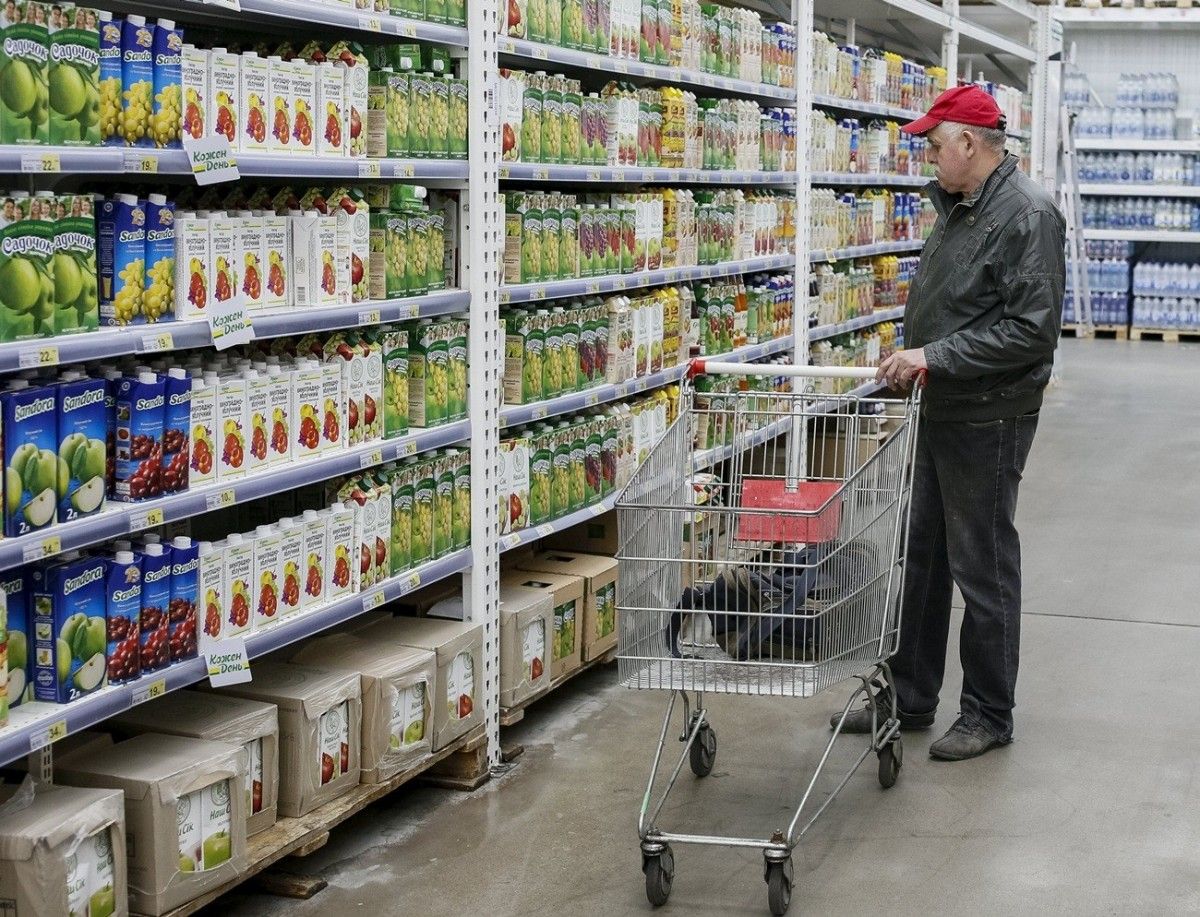 This week, the National Bank said that it expects inflation by year-end above the projected level of 12.2%. This is not the first worsening in the regulator’s inflation forecast announced recently. In late October, the NBU put an end to its earlier plans to keep the bar at 9.1%.

"We expected the inflation rate to deviate from the target level of 8% +/- 2% - to 12.2%, and now we see that the deviation will be more substantial," the NBU noted.

At the same time, the regulator will not review the forecast for the current year, and in January it will reconsider downward the inflation outlook for 2018 and the following years.

The NBU stressed that, over the past two months, the pace of consumer inflation declined more slowly than expected, and since the previous decision on the key policy rate late October and the deterioration in the forecasts, risks have increased that could restrain the decline in inflation next year.

The National Bank emphasized the excess of expenditures in the adopted state budget-2018 over initial forecasts, the delay in obtaining the next credit tranche under the program of cooperation with the International Monetary Fund, the rise in the price of food products, and further labor migration due to the growth of the world economy. As noted by the regulator, these factors in recent months have worsened inflation expectations of businesses and citizens.

One of the NBU’s steps last week to curb inflation was to increase its key policy rate. Contrary to the market forecasts suggesting that the regulator would maintain the rate at 13.5%, the NBU raised it to 14.5% from December 15.

At the same time, the NBU did not support the idea by the head of the National Bank Council Bohdan Danylyshyn to resume the work of the State price administration and state regulation of food prices to reduce inflation. The National Bank’s analysis revealed that the price growth rates for socially important goods, which had previously been under administrative regulation, had no pronounced dynamics.

"One can’t say that the price increase this year is somehow connected with the cancellation of this price control. In terms of price increase, this year’s list is topped by aubergines, then goes zucchini, and third come watermelons. None of these products was subject to price control and regulation," the NBU said. 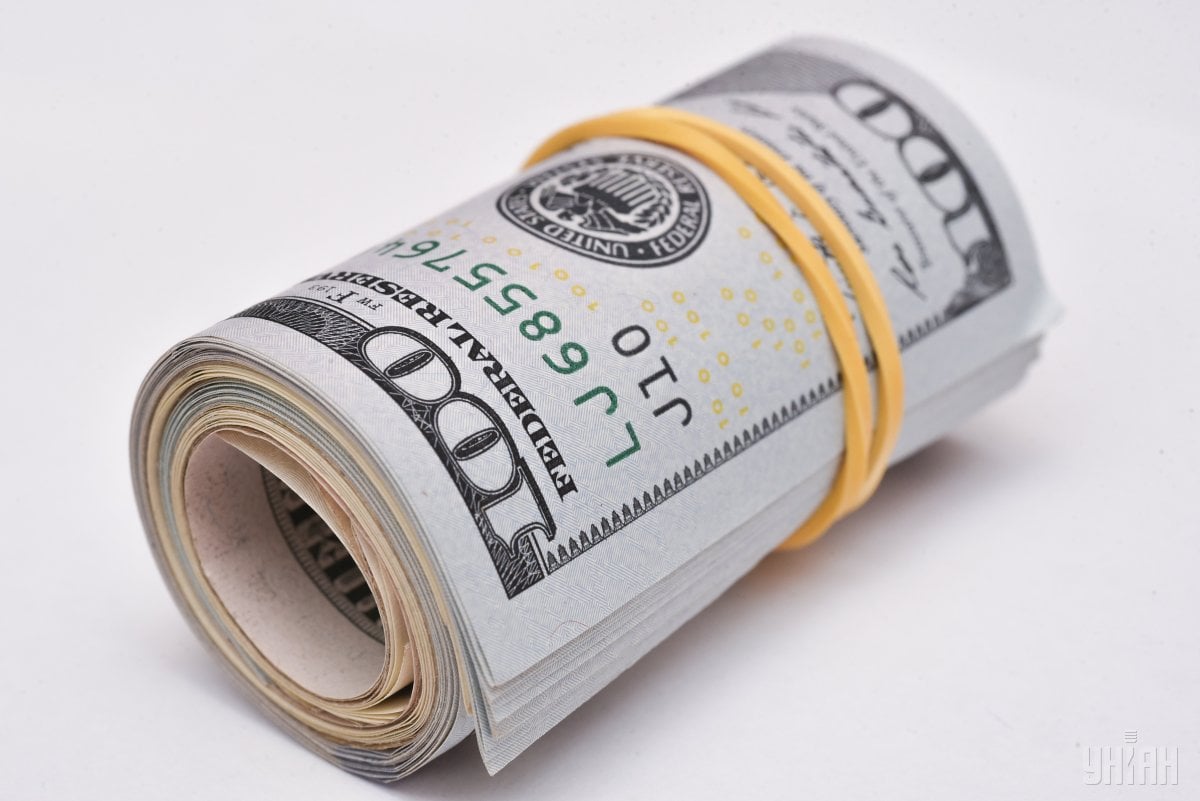 Last week it became clear that the European Union would not allocate for Ukraine its third tranche of macro-financial assistance totaling EUR 600 million as a result of the slowdown of reforms.

The European Union will consider in the next few months the application for a new macro-financial assistance program. The European Commission will assess Ukraine’s needs in external financing and then determine the feasibility of the new program.

According to the Delegation’s Head, Hugues Mingarelli, if there is a positive decision, the European Commission will submit in the next few months an offer to the European Parliament and the Council of Europe.

The situation is no better with receiving a tranche from Ukraine’s key lender, the International Monetary Fund. The IMF has not yet scheduled its mission arrival in Ukraine to review the cooperation program and subsequently decide on the allocation of a credit tranche, since not all conditions have been fulfilled by the Ukrainian side.

"We still have this way to go with Ukraine to complete this review," Deputy Spokesman for the IMF Communications Department William Murray told a briefing in Washington.

But the National Bank is not losing its optimism, considering that the country will speed up the reform process in the near future and fulfill all conditions of the agreed program. The regulator expects to receive the next tranche of the IMF loan in the second quarter of 2018, and that the Fund’s mission will arrive in Kyiv as early as late January. The central bank expects in 2018 to receive two tranches of the IMF loan totaling $3.5 billion. 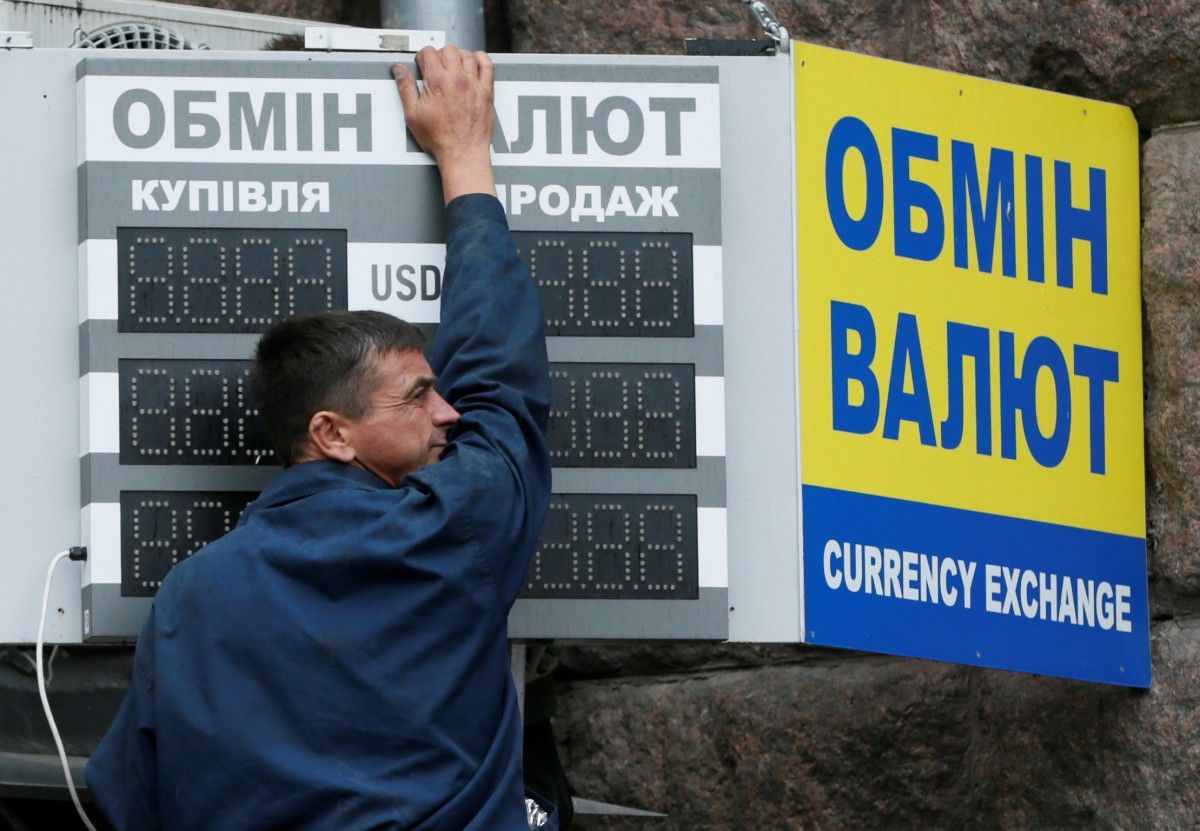 Despite such a trend, the National Bank so far remains on the sidelines and does not intervene through foreign currency sales. The latest auction was held on December 4. The NBU is trying not to burn its international reserves, given the uncertainty in obtaining the next IMF tranche. One of the reasons for the hryvnia fall is the growth in demand for currency for year-end payments on foreign currency loans and the lack of the need for exporters to sell their foreign exchange earnings after receiving VAT refunds.

Taking this into account, in the outgoing week the NBU extended until June 13, 2018, the demand for a compulsory sale of 50% of the currency proceeds of exporters. Besides, the regulator expanded the list of transactions by businesses, receipts on which are not mandatory for sale. Now the requirement for a 50% mandatory sale will not apply to transfers from own (not purchased) customer funds, which are returned by a foreign bank.

The National Bank also tightened the procedure for issuing individual licenses for exporting foreign currency from Ukraine, specifying the list of documents for obtaining a license and securing the right to demand documents to prevent capital drain.

At the same time, it must be noted that the hikes in the dollar exchange rate at the end of the year have already become a New Year's tradition in Ukraine. Their main reason is the growth of excess market liquidity due to the increase in government budget payments at the end of the year. As of early December, the balance of funds in the single treasury account has already reached UAH 54 billion, and all this money plus December budget receipts will flow into the system within a month.

In January, after the holidays, the situation should stabilize; however, the excess liquidity associated with social standards rising from January 1 will continue to put pressure on the market.

Incidentally, last week the government presented a bill on raising pensions to military servicemen, which was submitted to the National Security and Defense Council. The Cabinet of Ministers expects that pensions to 550,000 Homeland defenders will be raised as early as January 1, 2018.

This week, the government officially began searching for a strategic partner in the joint management of the country's gas transmission system, which is stipulated by the law on the natural gas market and the strategy for reforming the energy sector.

According to Deputy Prime Minister Volodymyr Kistion, the criterion for choosing a foreign partner will be to ensure the maximum workload of the Ukrainian GTS.

The urgency of the issue is due to the fact that Putin's Russia that is waging a hybrid war against Ukraine is trying to reduce the volume of gas transit via territory of Ukraine. To this end, the Russian gas monopoly Gazprom and its partners are actively building gas pipelines bypass Ukraine. According to Naftogaz, implementation of these plans could deprive Ukraine of revenues from gas transit, which in 2017 will amount to about $3 billion, and also reduce the investment attractiveness of Ukraine’s GTS. To prevent this, Naftogaz proposed to create with the participation of European partners a consortium for the management of the Ukrainian GTS.

In addition, the government completed the new composition of Naftogaz’s supervisory, replacing Oleksandr Hrytsenko, chairman of Ukreximbank's board, whom the law bars from combining the two positions, for Volodymyr Kudrytsky, a top manager at Ukrenergo.

The move will allow Naftogaz to become more independent and dynamic. Besides, the formation of an independent board was one of the conditions for continued funding from the European Bank for Reconstruction and Development and the World Bank.

The next pre-holiday week will bring some no less important economic news. The Verkhovna Rada at the last plenary session this year will have to consider a draft law on increasing pensions for military servicemen, the State Statistics Service will publish preliminary data on the country's gross domestic product for the third quarter of 2017 and industrial production for November.