Naftogaz confirmed the intention to resume gas imports from Russia, the president finally found a replacement for Valeriya Gontareva at the post of the country's chief banker, the parliament passed a law on privatization barring Russians from purchasing Ukrainian state property, while the IMF criticized pension reform - these are the main economic developments of the outgoing week.

Acting head of the National Bank Yakov Smolii officially became a candidate for the post of the central bank’s governor. President Petro Poroshenko, after more than six months of deliberating, has finally decided on the nomination and already submitted the motion to the Verkhovna Rada.

Until recently, there have been rumors on the market that the chief banker could become the head of the board of Raiffeisen Bank Aval, Volodymyr Lavrenchuk, head of the Council of the Independent Association of Banks of Ukraine Roman Shpek, ex-head of the nationalized Privatbank and former Minister of Finance Oleksandr Shlapak, or a banker, who had already been at the NBU helm twice, Sergiy Tigipko.

The need to fill one of Ukraine’s key posts arose after Valeriya Gontareva, who had headed the National Bank from June 2014, filed a resignation letter in early May last year and went on a long vacation.

The experts were sure that the head of state would soon decide on a new candidate to be proposed for Rada consideration. But the pause dragged on way too long, and the IMF mission several times postponed its Ukraine visit due to lack of progress on the issue.

Therefore, it is no surprise that the country received its last IMF tranche back in April 2017. Since then, all forecasts voiced by some officials - Finance Minister Oleksandr Danyliuk and NBU deputy heads - that Ukraine was about to receive another tranche, failed to realize. And there are no guarantees that Ukraine will guarantee the resumption of cooperation in the second quarter of this year, taking into account a great number of remarks and complaints on the part of the Fund. At the same time, many of the IMF's requirements are generally trivial and could be fulfilled quickly and without any damage. For example, it does not seem too hard to create a High Anti-Corruption Court and pick up a team of honest judges. That’s of course if the authorities are interested in this. But apparently, Ukraine officials have other things to take care of.

Hence the consequences. The hryvnia has been seeing a steady trend toward devaluation. By the end of the week, the U.S. dollar in Kyiv’s exchange offices cost UAH 28.9, and the euro – UAH 35.4, while you could sell the dollar for UAH 28.65, and the euro - for UAH 35.

According to the National Bank, the weighted average rate of the hryvnia on the interbank market was set at UAH 28.8509 /USD by 13:30 Kyiv time on Friday.

Ukraine’s investment banker Serhiy Fursa reflected on what would happen next to the Ukrainian economy without the IMF involvement: "Reserves of the National Bank without IMF funds are critically small. The budget deficit will be covered. There are no grounds for dreaming of new money inflows. The first thing that will react is the exchange rate. Then there will be a reduction in budget expenditures. Or, if there is none, then it will be the inflation that will cut real costs. Devaluation of the hryvnia will lead to an increase in the cost of imported goods," he wrote on Facebook.

However, the National Bank reassures the public that there is no reason for panic - within a year the national currency will regain its positions, while the current trend is caused by seasonal and psychological factors.

Rada adopted a law on privatization / Photo from UNIAN

The parliament adopted one of the key laws for the country's economy - on the privatization of state property. It assumes a transparent sale of state assets on competitive terms. The adoption of the law was among IMF requirements for the allocation of the next tranche.

The debate on the bill in parliament was closely monitored by Prime Minister Volodymyr Groysman, who in his address stated that the passing of the law would soon create tens of thousands of jobs in Ukraine and improve the quality of life of citizens through the setting up of the effective performance of privatized state assets by their investors.

According to him, state-owned enterprises are leaders in terms of corruption, so their sale will stimulate economic growth.

"We now have two choices: either we stop corruption and mess, re-launching enterprises that are currently unprofitable, backward in technologies, generating no profit and creating no jobs, and we give people jobs, so that Ukraine gets a national product on a competitive and transparent basis or we all leave it all as it is. And we are seeing now, how it is. It is inefficient. The economy cannot grow while thousands of enterprises have no effective management and technologies," the head of government said.

The law is designed to facilitate and accelerate privatization. For example, the number of classification groups of privatization objects is reduced from seven to just two - objects of small and large privatization. Small assets include real estate and small enterprises, while the group of large assets includes companies with their assets exceeding UAH 250 million.

In the case of “large” privatization, international advisers will be involved, while “small” privatization will be carried out on electronic trading platforms exclusively. Also, the deadlines for putting objects up for sale are significantly reduced. Moreover, the law provides for the possibility of using until 2021 dispute settlement practices and applying international law on sale and purchase contracts.

The law also prohibits legal entities and individuals who are residents of Russia from participating in privatization in Ukraine.

In 2018, Ukraine expects to receive more than UAH 21 billion from privatization, and it is expected that the law will help the government achieve this goal. 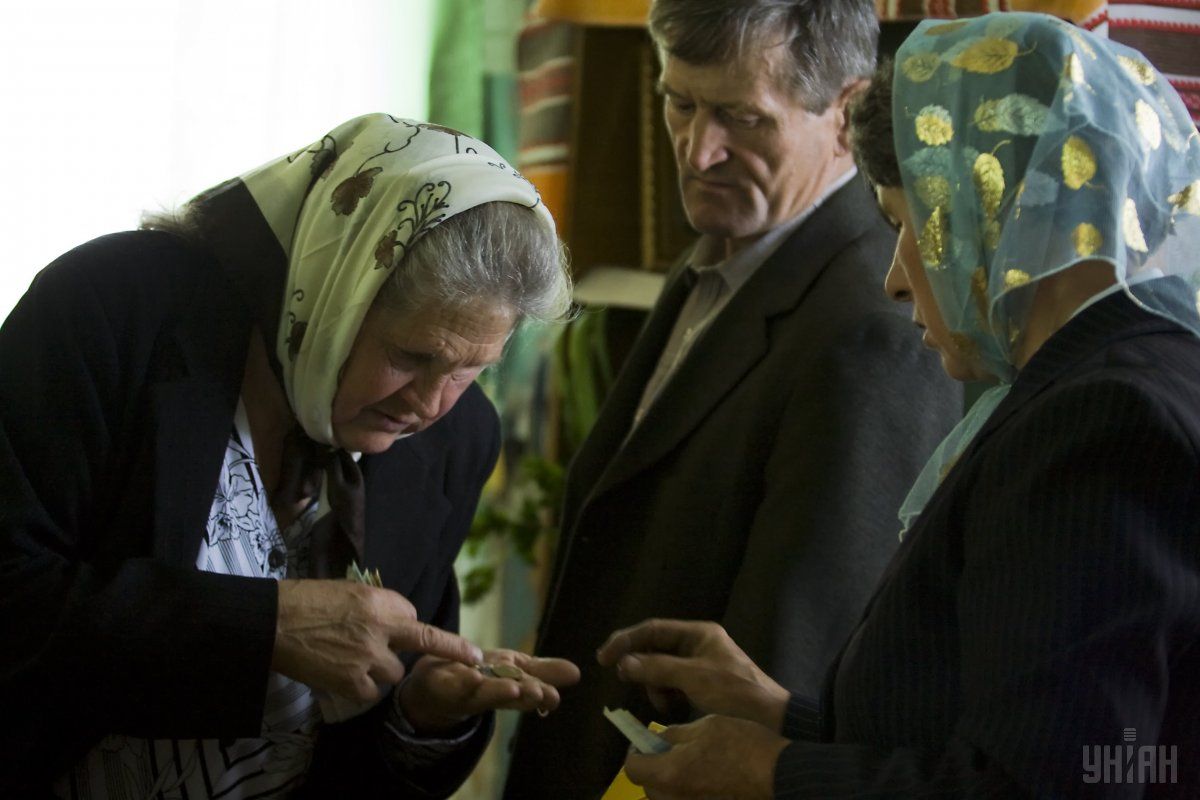 While the law on privatization is a positive step toward renewing cooperation with the IMF, it turns out that the Fund has questions to the earlier adopted pension reform legislation package. IMF spokesman Gerry Rice, answering an UNIAN correspondent’s question during a briefing, said that the pension reform in Ukraine, although being a movement in the right direction, still does not fully ensure a fair and sustainable pension system. "The pension law introduces some important provisions to modernize the pension system in Ukraine but also has some shortcomings that undermine incentives for people to work longer and to contribute to the system. It does not fully ensure a fair and sustainable pension system so we think a bit more work is needed to be done there," Rice said.

This statement rings an alarm bell for Ukraine, as one of the main IMF requirements regarding continued cooperation is the adoption of a pension reform corresponding to the country's obligations before the Fund. Also, the IMF expressed hope for bringing the presidential draft law on the creation of the High Anti-Corruption Court in line with the recommendations of the Venice Commission and the obligations under the program of cooperation with the Fund.

Besides, according to Rice, the creation of an anti-corruption court is not the only condition for the next review of the cooperation program and the allocation of a credit tranche, as corruption must be overcome in a broader context.

By the way, in 2018 the National Bank expects to receive two tranches from the IMF to the tune of $3.5 billion. Thus, the fate of credit resources so necessary for the economy will depend on the meeting between Petro Poroshenko and IMF Managing Director Christine Lagarde at the World Economic Forum in Davos on January 23-26, where the parties will discuss the progress of reforms in Ukraine.

Renewal of gas imports from Russia 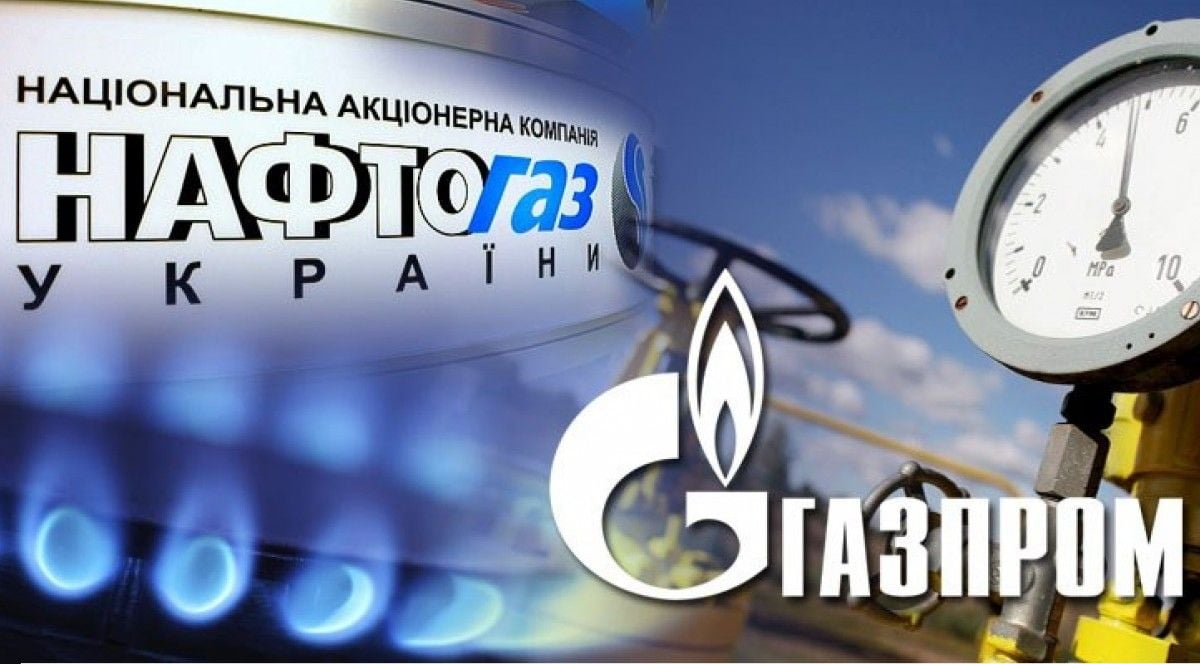 One of the significant developments of the outgoing week was a statement by Naftogaz CEO Andriy Kobolyev on the company’s intention to resume in 2018 gas imports from Russia. Moreover, executing the decision of the Stockholm Arbitration, Naftogaz is ready to start buying gas from Gazprom as early as the first quarter of this year.

"We, at Naftogaz, do not consider this to be a negative aspect. Gazprom's obligations to sell us five billion cubic meters at a price below the European one is a positive aspect from the point of view of both Naftogaz and the consumer," Kobolyev said.

Chief commercial director of Naftogaz, Yuriy Vitrenko, said that within the next few days, the two companies would launch negotiations on the implementation of decisions of the Stockholm Arbitration under a contract for the purchase of Russian gas.

It is worth noting that in 2017, Ukraine imported only about 14.1 billion cubic meters of gas. All fuel was purchased in the EU. Since November 2015, Ukraine has not been buying natural gas from Gazprom and applied to the Stockholm Arbitration to review the gas contract of 2009.

In late 2017, Naftogaz saw the final award by the Arbitration, where the requirements of the Ukrainian side under the gas purchase contract were met. The Arbitration rejected Gazprom’s claims related to the "take or pay" principle worth $56 billion, lowered the price of gas that was bought from Gazprom in the second quarter of 2014, by 27.4%, to $352 per 1,000 cubic meters, and reduced the amount of gas that Naftogaz would be obliged to buy from Gazprom this year and in 2019 tenfold, down to 5 bcm per year.