Ecologist Ievgen Khlobystov: In Crimea, water is consumed in a barbaric way. It's like pouring champagne over the garden

Ievgen Khlobystov, Professor at the Department of Ecology of the Kyiv-Mohyla Academy, Academician at the Academy of Economic Sciences of Ukraine, expert with the Crimean Tatar Resource Center, told UNIAN, how Crimea is turning into a desert, what it has to do with the policy of occupation authorities and what awaits local residents.

How acute is the problem with fresh water in Crimea? Is it true that the peninsula is turning into a desert?

In general, the situation is depressing. As you know, the North Crimean Canal has been shut down since 2014. Ukraine's main motive for blocking was that this water was supplied for agricultural and industrial purposes. To fill the reservoirs, the canal was an auxiliary or reserve source. Its task was not to provide cities and towns with water. So occupation authorities lie when they claim that today's issue is only due to the blocking of the canal.

Over the last few years, we've been seeing a global climate change. The academic and expert community predicted that from 2020 such change will manifest itself even more clearly. And that's what we're seeing today. Precipitation and temperatures are changing.

Recent years have been the aridest ones for Crimea, so the natural filling of rivers due to precipitation and snow melting has decreased. Objectively, water volumes are decreasing, while population has been growing significantly: now it's about 3.5 million against 2.5 million in 2013. Russia announced that 250,000 people have moved to Crimea, and their families relocated, too. There was also an informal resettlement. For several years, Crimea was considered a place where it is nice to escape from the cold Russian winter, wet spring, and even more so, for the summer period. Many bought real estate, but never registered, although they've been living in Crimea for most part of the year. Also, the number of military personnel and military facilities that use water for their own purposes has increased, too. By how much? "Big military secret"...

Due of these factors, the issue of providing residents with water is in fact in a dead end. 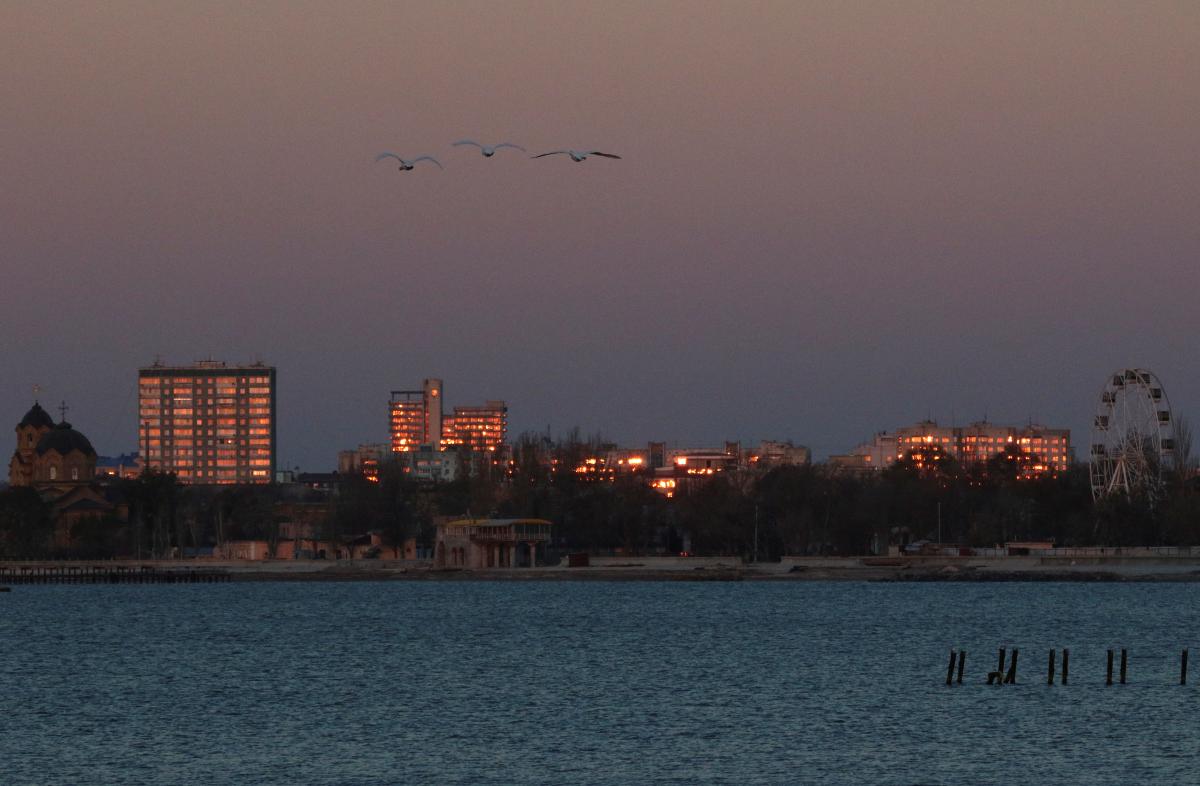 How can the issue be resolved?

It is impossible to revive the North Crimea Canal. This requires huge funds, in fact comparable to the cost of building a similar structure. The canal has stayed without water for six years already, and deep cracks have formed on the walls.

The fact is that back in 2012-2013, the canal had very large water losses, which in certain periods of the year amounted to 60%. The bottom required repair works, but no one did this. So it can't be restored now. When Crimea is handed back to Ukraine, the question will be about a new hydro-structure.

The Crimean authorities address the issue by drilling wells. If we are talking about local water needs, for example, for summer cottage, we can drill a 70-100 meter well that will provide enough water for six acres of land and a house. Well, it used to. 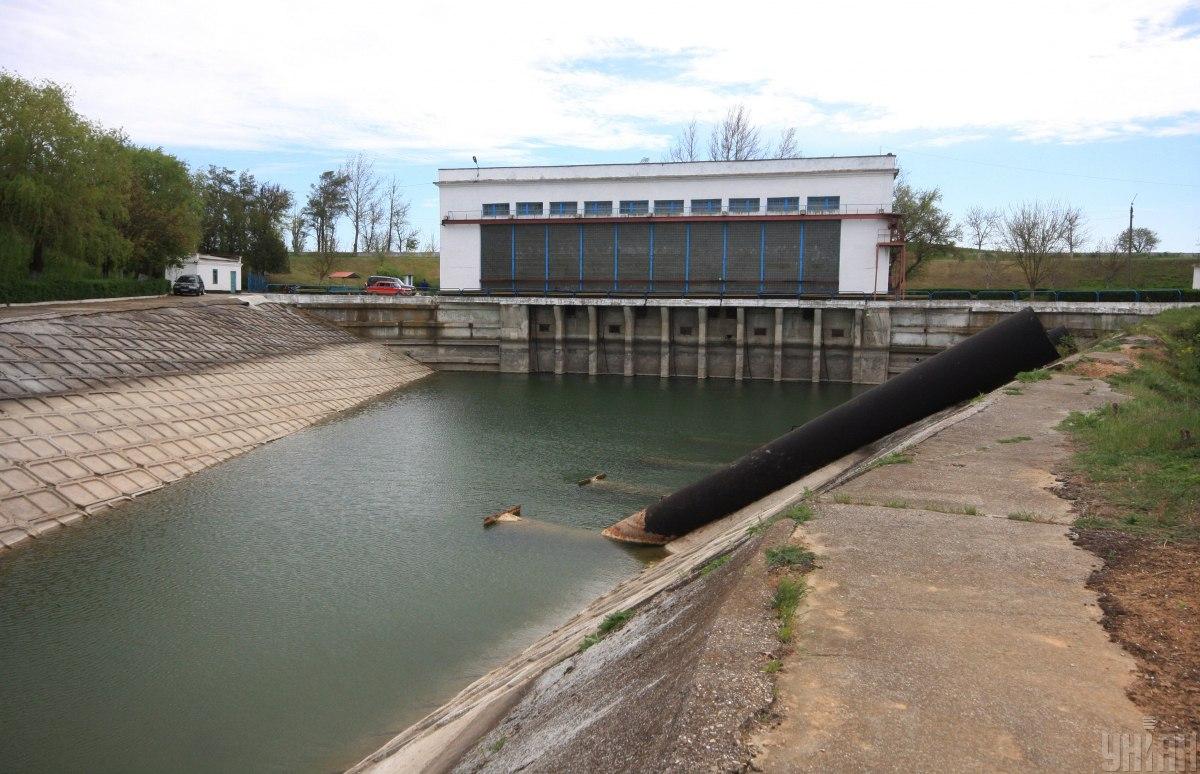 Now, in the vicinity of Sevastopol, our data say the chemical composition in artesian springs has changed dramatically, the water has become calcareous and salty. It is increasingly difficult to use it for drinking, cooking, hygiene (after all, water is absorbed through the skin). Salinity creates an aggressive environment that finishes off the water pipes, most of which haven't been replaced over the past 30 years. In many utility systems across Crimea, the critical operation period has already passed. In cities, there are huge losses of water [according to the Crimean media – the loss is up to 80%].

On social networks, photos and videos are uploaded of rusty water flowing from taps. Apparently, after pressure dropped, air got into the pipes, metal surfaces oxidized, and rust appeared. As a result, people wait for hours for fresh water, then being forced to drain it until clean water starts coming out. So much far saving water. Is there really no other way? Perhaps, purify water, make it less aggressive for pipes?

There is no technical capacity to purify water from wells. Treatment facilities are not designed for underground sources. Replacing pipelines completely would be costly and troublesome. Occupation authorities will plug holes, as always, in order to solve most urgent problems.

Crimea occupation authorities drill more than a hundred wells annually to address local problems. As a result, artesian water, which is millions of years old, flows through utility pipes. If you remember, ten years ago there was the Krymskaya mineral water, bottled outside Evpatoria. We used to buy it as spring water, and now it is drained into the toilet. A unique resource is being consumed in the most barbaric way. It's like pouring champagne over the garden.

Due to such predatory massive extraction of water, underground voids are formed, subsidence of rocks takes place, as well as small artificial earthquakes. The water slides deeper and deeper, and, as I said, things can get worse. 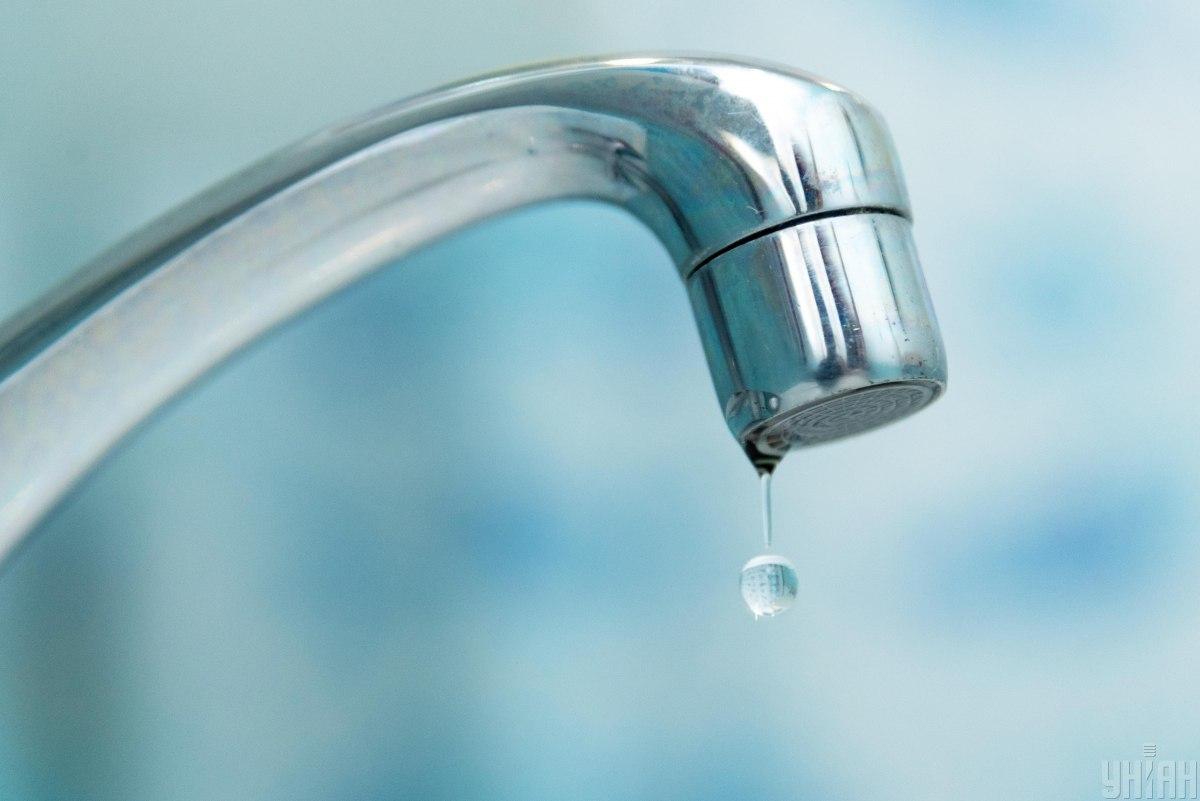 What other projects were discussed in Russia and why were they abandoned?

I heard about the Russian government's plans to build a powerful water pipeline, laid from the Krasnodar Territory through the Kerch Strait. But they stopped short of even designing it as everything stumbled at the stage of expert assessments. The problem is not only technical. In the south of the Kuban there are no such volumes of water that could be transferred to Crimea. Due to climate change, local rivers have lost their water content.

There is another option, which Russia is not ready to go for – to build desalination stations. Such facilities operate in the United Arab Emirates and across the Middle East. Such projects may use nuclear fuel, but there are other energy sources available as well. You can take water from the Black Sea, desalinate it, then introduce salts required for the human body, and run this water through pipes. There are countries that have successfully mastered this technology. But this is expensive, so Russia wouldn’t agree to this.

Also, where could such a station be built? The Black Sea coast is mostly recreational area. The Azov Sea is far away, so the logistics costs would be too high. I think that Russia is not even ready to discuss the construction of desalination stations. The Kremlin needs "glitter" projects, for example, "on restoring order in Belarus". Water desalination is less media-attractive. The topic of Crimea has become too dull for Russians. In this case, why spend loads of money on Crimeans rather than allocate it for some Russian region?

Or perhaps the reservoirs should be filled due to "artificial rain"?

"Great" idea – rather expensive though. This technology dates back to the Soviet times when it was applied at the Moscow Olympics in 1980 to clear out the sky for a massive sports event. They shoot silver iodide – a very expensive salt – into the clouds. A very short rain would cost tens of thousands of dollars. Let's be realistic. If even really wealthy countries don't use this, it means the technology is unfeasible. 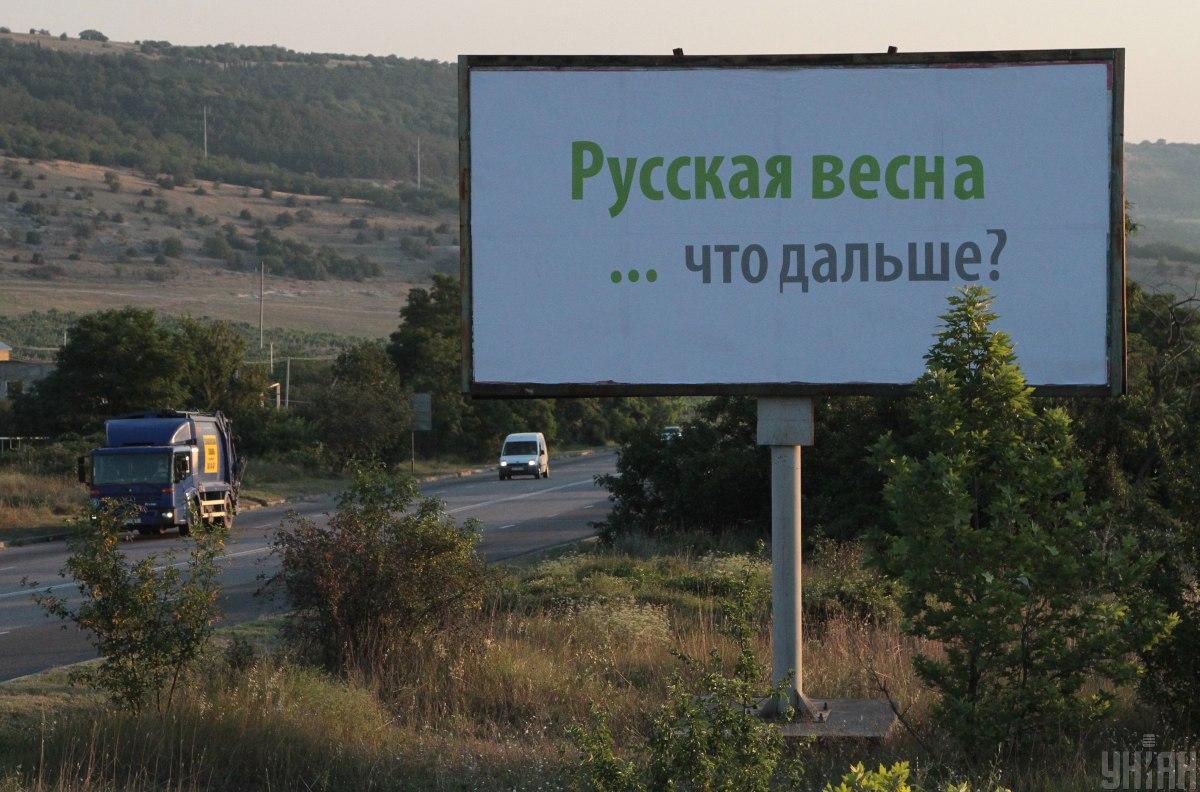 What challenges is Crimea facing? What will the water shortage lead to?

Crimea is entering a period of desertification, when the water content changes, decreases, and low waters dry up. Climate change can lead to artificial desertification. The picture will be very sad if the peninsula sees no major rainfall in the coming years. There's hope that it will snow on Mount Ai-Petri, and the problem of the Crimean reservoirs will be partially solved. But the general trend is that there will be more and more drought.

Agriculture without irrigation will be in a difficult situation; it is necessary to radically change the irrigation system. There are technologies that allow growing vegetables even in the desert: just look at Israel. But they are no such technologies available in Crimea. I know a lot of Crimean farmers who have given up farming and found new ways to get by.

This will affect tourism business as well. The cost of vacation in Crimea and Turkey has long been in favor of the latter. The situation where water is supplied by hour will not give Crimea's South Coast any advantages.

Finally, washing hands amid a pandemic has become part of the common culture. They could look for a way out, switch to water-saving systems and minimize water losses. But they choose to shout out: "Ukraine is bad. It's their blame" and respond to claims that they have grabbed Crimea from Ukraine with a banal "This is already history."

What other environmental issues have emerged in Crimea? Can they threaten Ukraine mainland's Kherson region? Could history repeat itself with the emissions of sulfurous anhydride from the Crimean Titan Plant?

As far as I know, there are no concentrations at the moment of harmful substances similar to those that were observed over Armyansk and Krasnoperekopsk several years ago. But I can't say the problem has been resolved.

As an ecologist, I'm truly concerned about the Sivash Bay. The Titan Plant does unauthorized discharges into it. As a result, instead of a unique natural object, we could get a puddle with an unclear water composition. However, by 2035, Crimea may ultimately turn into an island due to the rising sea level. Then the issue of the Crimea Bridge will attain an additional perspective. 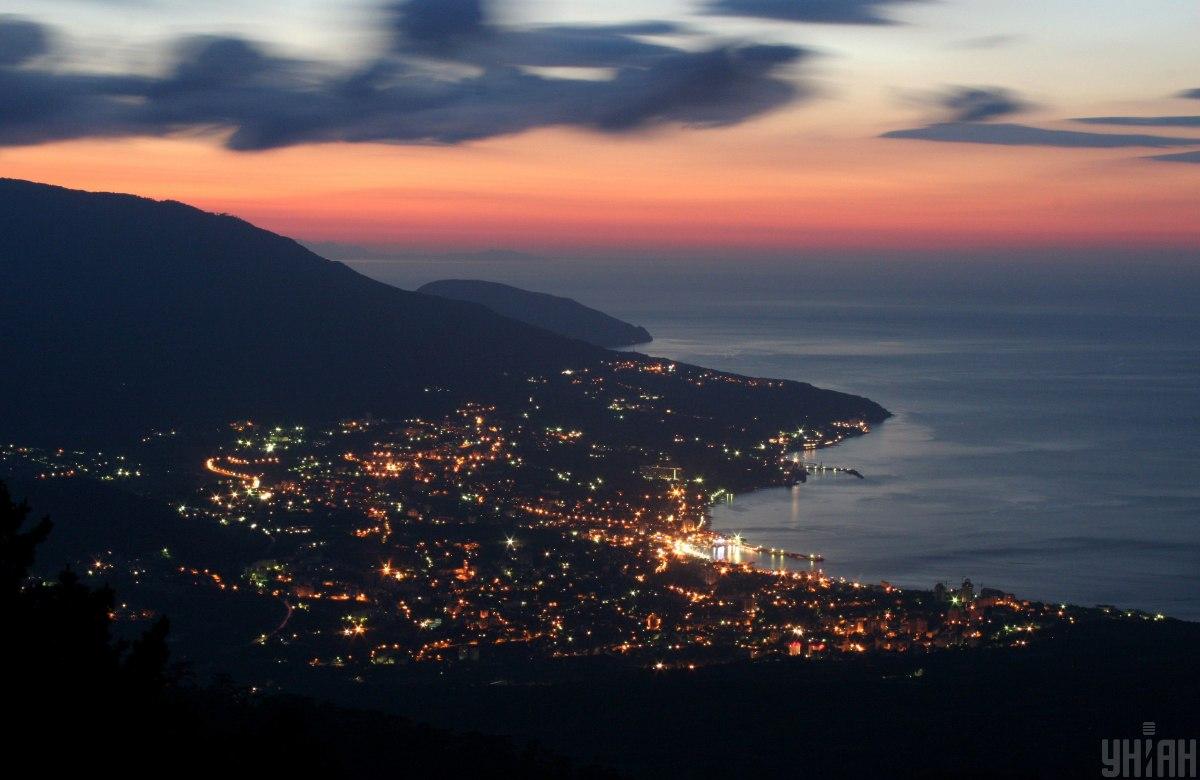 By the way, how did the project affect the environment?

In Russia, they never assessed environmental losses. But, of course, both flora and fauna have been affected. The currents, water exchange between the Black and Azov seas have been altered. The construction was carried out in unique areas so fish, dolphins, and birds suffered from it. But to assess the severity of the damage, research must be conducted. But how? Nobody will give us access to the water area of ​​the Krech Strait, no one guarantees safety of international teams involved. Also, they always cite "military secret" when responding to scientific inquiries.

I will add that, realizing the threat to the Crimean ecosystem due to the irrational and criminal use of natural water sources by occupation authorities, the Crimean Tatar Resource Center drafted a report and filed it with the UN, having also submitted to the Ministry of Foreign Affairs of Ukraine proposals to the UN General Assembly Resolution in the context of harm done to Crimea's ecosystems. We are working at different levels toward ending the Russian occupation of Crimea.