Macroeconomic outlook for 2021: GDP growth at 4% with moderate inflation

Traditionally in late December, UNIAN polled the country's leading economists seeking to hear their forecasts for the development of the Ukrainian economy in 2021. GDP, hryvnia rate, and inflation outlooks have all been covered in the survey.

The country's leading economists, polled by UNIAN, believe Ukraine could count in 2021 on finally leaving behind the deep economic crisis caused by the coronavirus pandemic.

The consensus forecast reveals expectations for a 4% growth of the gross domestic product with moderate consumer inflation at 6.1% and the national currency rate of UAH 28 per U.S. dollar.

According to the State Statistics Service, in the third quarter, GDP dropped 3.5% on year. At the same time, compared to the previous disastrous quarter, real GDP increased by 8.5%, taking into account the seasonal factor, which means Ukrainian economy has begun its path toward recovery.

The decline in industrial output in November slowed to 0.3% on year, after falling 5% in October.

The foreign trade balance for January-October 2020 was reduced to a deficit of $3.35 billion, which is 60% below the deficit for the same period last year, according to the State Statistics Service, which is also due to a non-standard economic situation in the country and worldwide.

At the same time, quite pleasing is certain growth in household incomes. In October, the average nominal wage increased by 13.5% in annual terms. In the capital city of Kyiv, the average wage stands at almost UAH 17,500 (US$617).

Growth in household incomes favorably affects retail trade, which has been hit hard by the coronacrisis: in January-November, retail trade turnover in Ukraine increased by almost 8% y-o-y. 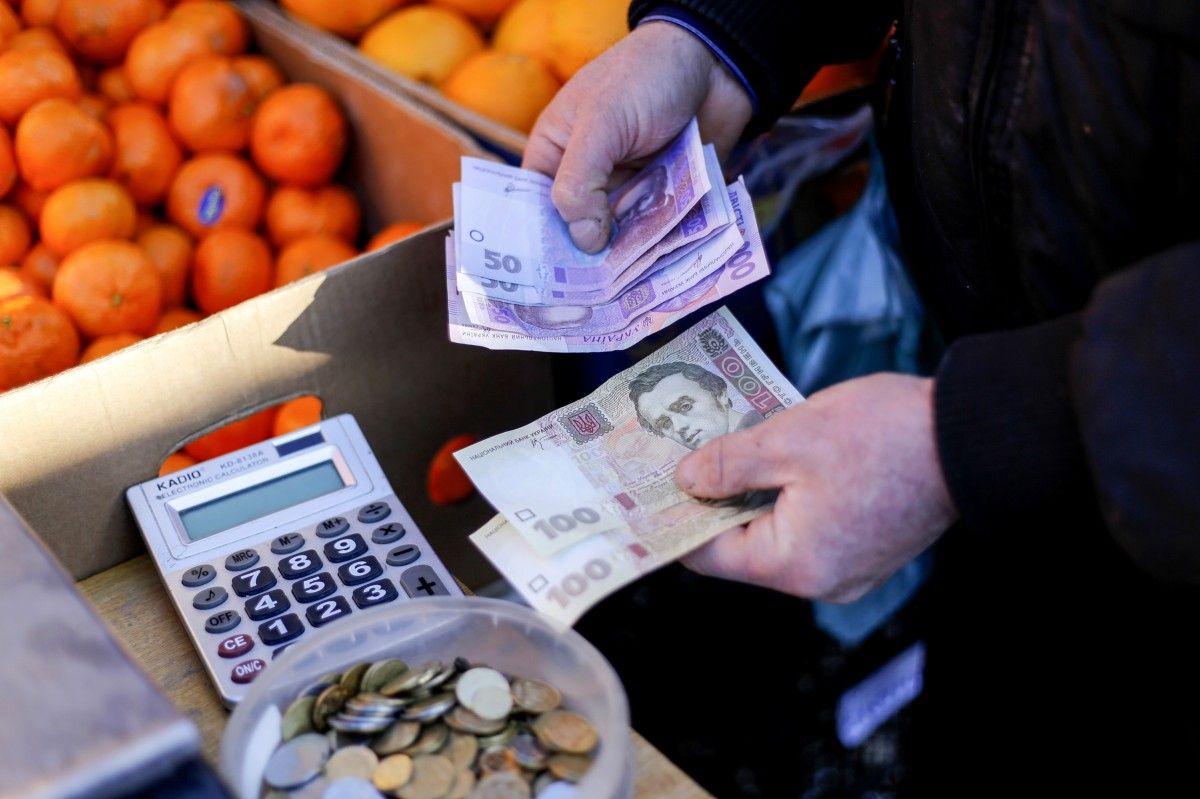 Inflation in 2020 hit record lows of around 2% at the height of the crisis due to a sharp decline in consumer demand and business activity due to quarantine bans. At the same time, in November, inflation accelerated to 3.8% in annual terms. Apparently, it is set to keep on rising.

As for the expectations, forecasts voiced by Ukrainian authorities remain quite optimistic. The Ministry for Development of Economy, Trade, and Agriculture projects GDP growth in 2021 at 4.6% and inflation at 7.3%.

The National Bank expects economic growth in 2021 at 4%. According to the regulator's outlook, under the influence of economic recovery and higher minimum wage, inflation will accelerate slightly, to 6.5%.

Ukraine's key creditor, the International Monetary Fund, has released a more restrained outlook with GDP growth of 3% and consumer inflation at 6%.

The majority of Ukrainian experts, interviewed by UNIAN, have also been rather moderate in their projections.

Anatoliy Amelin, chief for economic programs at Ukrainian Institute for the Future

"Speaking of the outlook for the next year, it's important to understand that there are many factors beyond Ukraine's borders that affect our economy more than government decisions. These are the moves by global players to overcome the consequences of the pandemic, these are possible protectionist measures applied in various countries.

Also, high geopolitical risks remain in place – this includes Russia, which, even if there's no further military escalation, invests money in shaping up the media field in Ukraine, developing pro-Russian political forces. Respectively, this will be a powerful cluster of destabilization. There's also turbulence in Europe, elections in the UK, Germany – Merkel's replacement for another player could also change [Germany's] policy towards Ukraine.

Besides, a new round of coronacrisis can't be ruled out, and neither can growing protectionism in developed economies, sliding prices on commodity markets, on which Ukraine depends: Annual exports from Ukraine are worth nearly $50 billion, 70-75% of which is raw material. Accordingly, the Ukrainian economy depends more on the dynamics of commodity prices than on the decisions of, say, National Bank.

If we're talking about internal challenges, the next year will be very unstable: the degree of decentralization will grow, as well as Kyiv's influence on regions. There are risks of snap parliamentary elections. Even if they don't have enough time to prepare for holding them next fall, the whole year will be marked by political and social turbulence, which will affect the economy. No sane investor comes into jurisdictions with ongoing political and social turbulence. 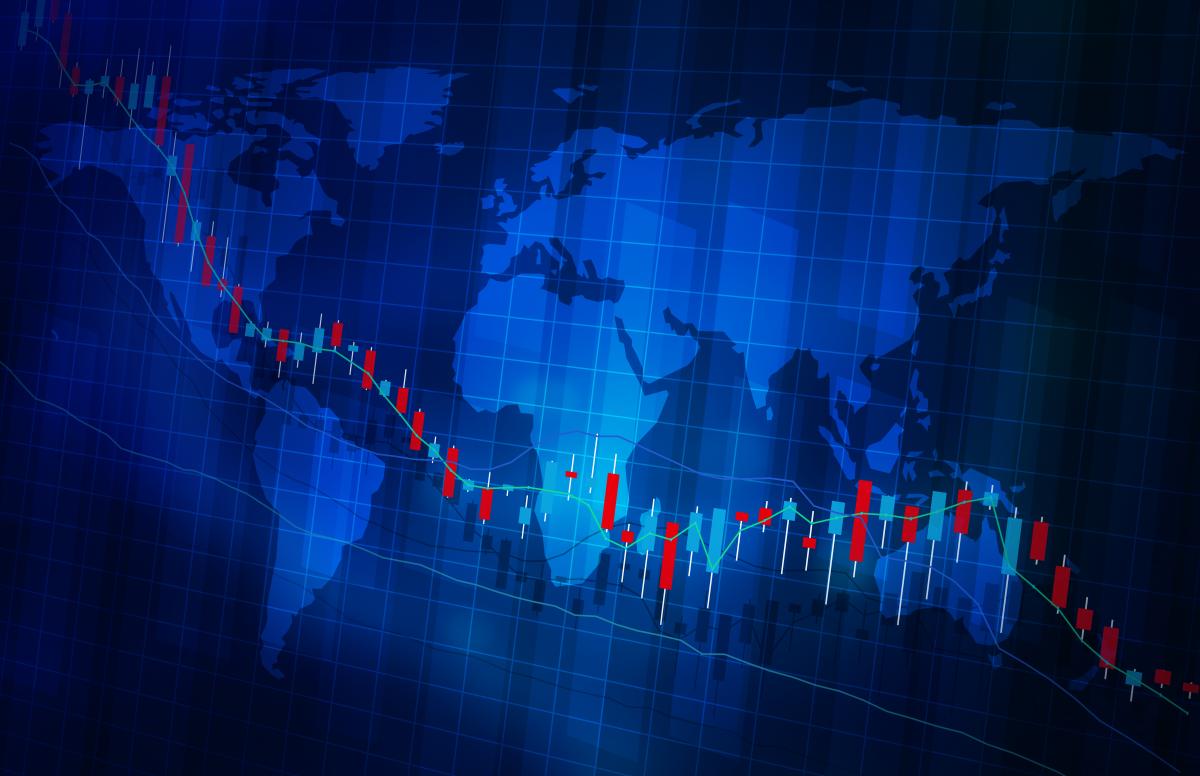 We still have at our disposal quite expensive financial resources for the economy. Due to higher inflation, the NBU may strengthen sterilization of money supply, which will increase the cost of resources for businesses. That is, we will lose competition to global players. We expect fairly high inflation, rising unemployment, and rising labor migration – these are negative factors that will affect the economy next year.

We are considering a baseline scenario where the economy grows by 4%, with nominal GDP in this case reaching $162 billion by the end of next year. Inflation will be 9.5%. Investment will remain at a fairly low level. Imports will grow by 21%, exports – by 12%, while average annual rate will stand at UAH 29/USD."

"We expect the economy to grow 4.5 percent y-o-y in 2021. The main driver will remain consumer demand along with the increased investment activity amid a gradual vaccination campaign and weakening of quarantine restrictions.

Domestic demand will push prices up. Inflation will also be influenced by a 20% increase in the minimum wage from January 2021, a low comparison base for vegetable prices, and an increase in heating tariffs following months of skyrocketing gas prices. As a result, consumer inflation will accelerate to 6.1% in annual terms. 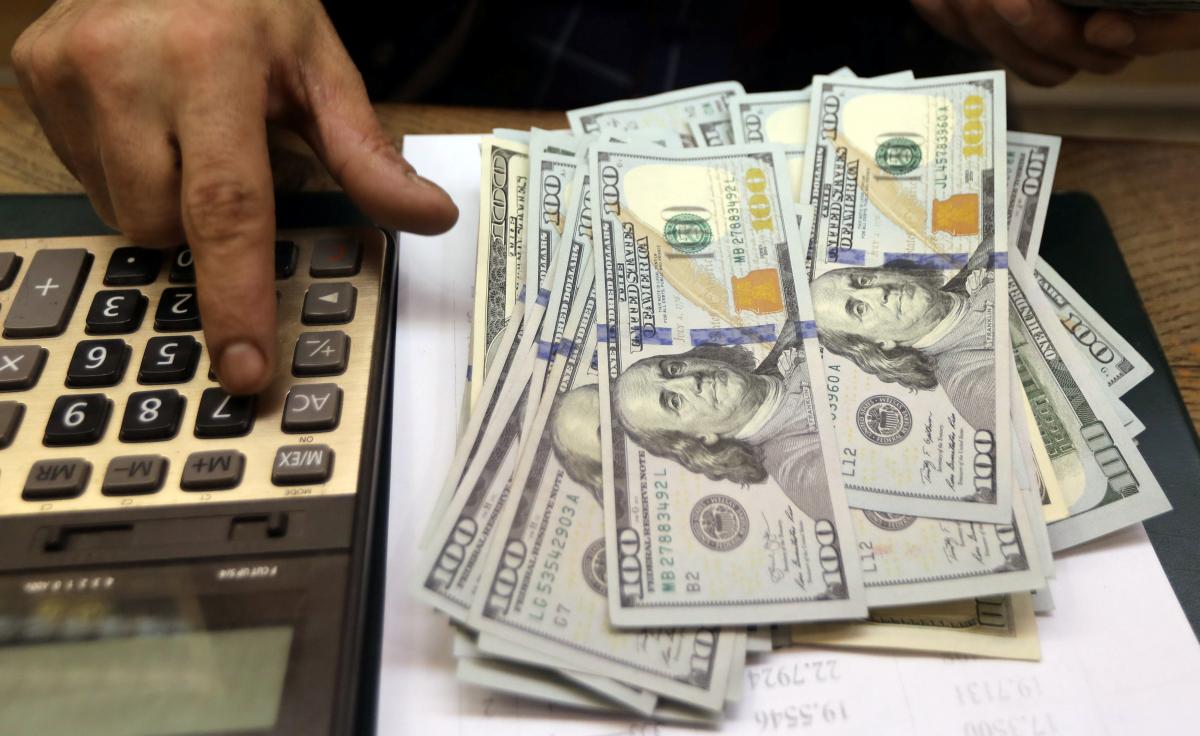 At the beginning of the year, foreign exchange earnings from exporters will increase as a result of a sharp rise in steel and grain prices in the last months of 2020. This, along with the inflow of foreign capital into government bonds, will help strengthen the hryvnia. In the second half of the year though, the rate will return to UAH 28/USD due to larger import volumes."

"In 2021, the economy will recover from the losses suffered in 2020. We expect investment growth to recover after this year's plunge. The pace of household consumption rise will rise. We forecast GDP growth at 3.9%.

We expect that the trend of moderate devaluation of the national currency will prevail in 2021. Devaluation pressure will primarily be driven by the expansion of the balance of payments trade deficit. At the same time, we don't rule out the scenario of a weak or moderate hryvnia recovery if in 2021 the demand for hryvnia government bonds increases on the part of non-resident investors. Thus, a kind of a situation may arise that's similar to the one that was observed in 2019 when there was a constant additional inflow of foreign currency to the interbank market, creating an excess supply of foreign currency on the interbank market. The exchange rate to the dollar at the end of the year will stand at UAH 29.5/USD. 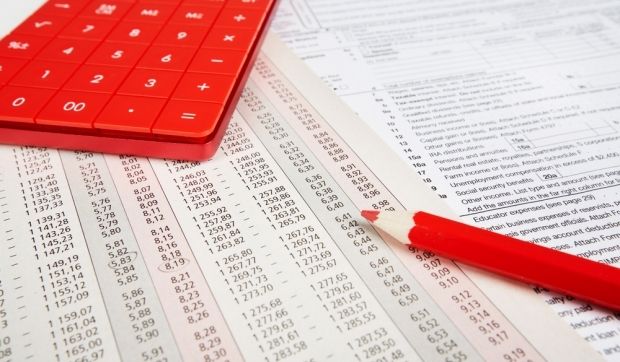 Rising inflation in 2021 will be mainly due to higher consumer demand as a result of higher household incomes, as well as the rise in prices for basic raw materials. Inflation, our forecast says, will be at of 6.1%."

"In general, the Ukrainian economy is doing well through the global crisis thanks to its structural features, favorable trading conditions, and the restoration of macro-financial stability after the 2014-2015 crisis.

From the second quarter of 2021, we expect a sharp recovery in the domestic economy thanks to the stimulation of external demand. This will be facilitated by a better response to the pandemic thanks to vaccination, primarily in developed economies. Monetary conditions will also remain stimulating. Besides, we are building on an additional effect from agriculture against the background of a low base compared to 2020, due to a poor harvest of grains, oilseeds, and sugar beets.

As a result, we retain our forecast of a rapid GDP recovery next year at 5.6%. Strong income growth contributes to an impressive recovery in consumer demand. 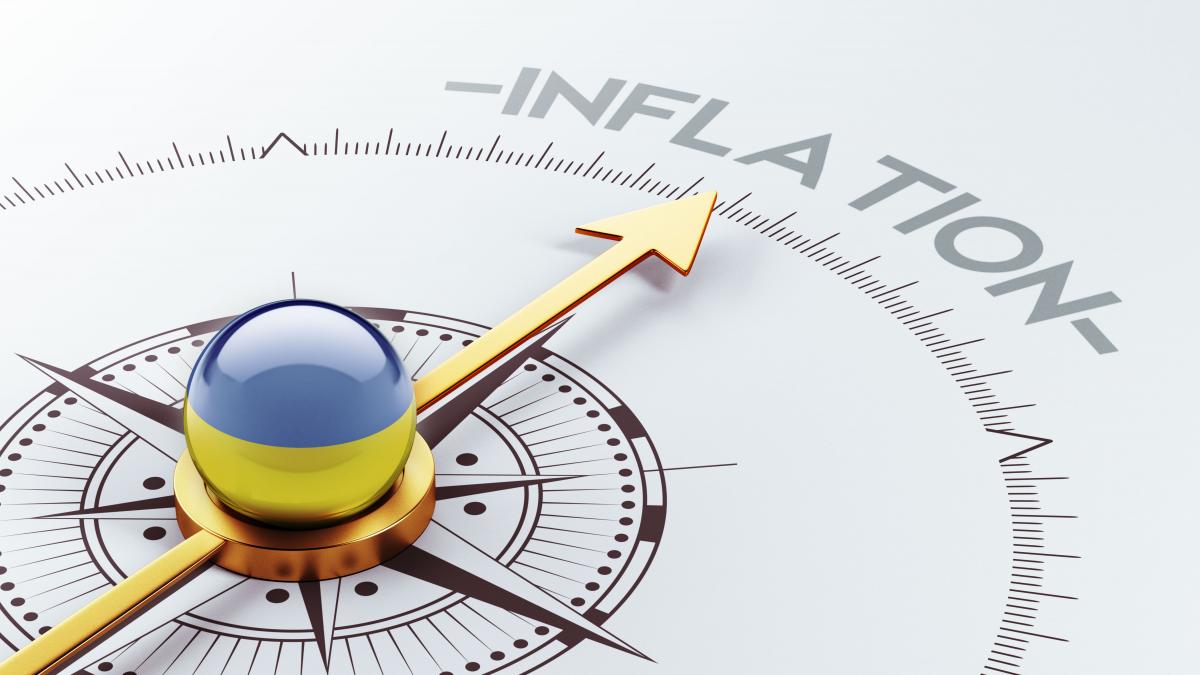 Consumer inflation has expectedly accelerated over the past two months – to 3.8% in annual terms in November. Inflation is likely to continue its rise in the coming months. We expect it to hover around 6%, which is the upper end of the target range, throughout the most part of 2021.

The hryvnia is supported by strong external accounts. High activity of exporters and an increase in foreign capital inflows will contribute to a moderate strengthening of the hryvnia in the first half of next year. Further transition to a current account deficit will put pressure on the exchange rate in the second half of the year. Hryvnia should complete 2021 in the range of UAH 27.5-28/USD."

"Next year, the Ukrainian economy will gradually recover. The economic sentiment of consumers and households will remain depressed until the end of next year. This means that many companies will invest less and consumers will put off less important purchases on the back burner.

As a result, GDP recovery will be taking place due to revitalization of the economy sectors that have most suffered from the restrictions. The potential for the recovery will run dry by mid-2021. The overall GDP growth by year-end will stand at 4%.

Inflation will start rising at the expense of energy prices. Due to the low comparison base, prices will definitely be higher next year. Besides, the government is going to raise the minimum wage, which will boost inflation. The baseline forecast is that inflation will rise to 5.5%. With a more significant increase in fuel prices, inflation next year will reach 7%. Gas prices are also recovering, and in the first quarter of next year, households will be seeing higher bills, which will also accelerate inflation. 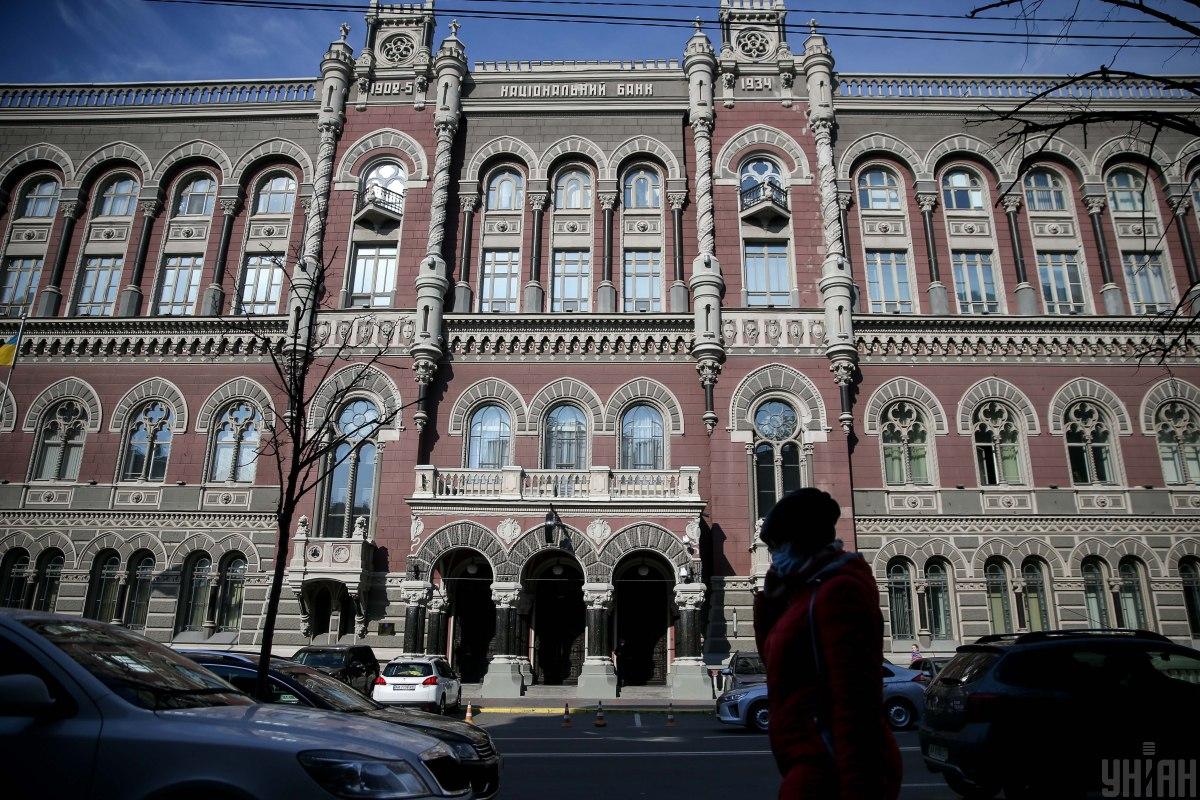 By the end of the second quarter, there are really high risks of the NBU raising its key rate to 7%. The hryvnia exchange rate will remain in the current range of UAH 27.00-28.50/USD. At the moment, the Ministry of Finance is able to borrow money on the market to finance the budget. Such transactions spark demand for the hryvnia, which drives the dollar down. However, such borrowings have to be made at the cost of higher interest rates, which will increase the cost of debt servicing in the future."

According to the generalized estimates voiced by experts, next year the Ukrainian economy will see modest growth, which, however, is a positive thing compared to this dramatic year's fall. Further growth of inflation is also expected, which will stand at the upper limit of or slightly exceed the National Bank's target range. The rate of the Ukrainian currency will be approximately at today's level, that is, no serious fluctuations are expected.

Having survived the turbulent year 2020, we can only hope that the next one won't be worse: the long-awaited mass vaccination will protect most people's health, which, in turn, will ensure economic growth and better well-being, while the nightmares of a terrible pandemic will become a thing of the past.