In the United States, presidential elections are not over yet, but many are already calling Joe Biden Donald Trump's successor. He has already addressed the nation, outlining his future first steps as head of state. UNIAN polled experts on potential prospects awaiting Ukraine with the arrival of a new president across the pond.

For several weeks now, all the attention of the international community has been pinned to the United States presidential election, which saw a record turnout over the past 120 years – about 160 million Americans cast their ballots. The main vote took place on November 3, while the count continues. On December 14, a members of the electoral college are expected to meet, to vote in the 46 president. After that, the inauguration will take place on January 20, 2021.

Leading American media have already stated that Democrat Joe Biden has beaten his rival, incumbent Republican President Donald Trump. Trump, however, said it's he who won the vote, stressing his intention to push for a recount in courts. So he believes that the elections are far from over. 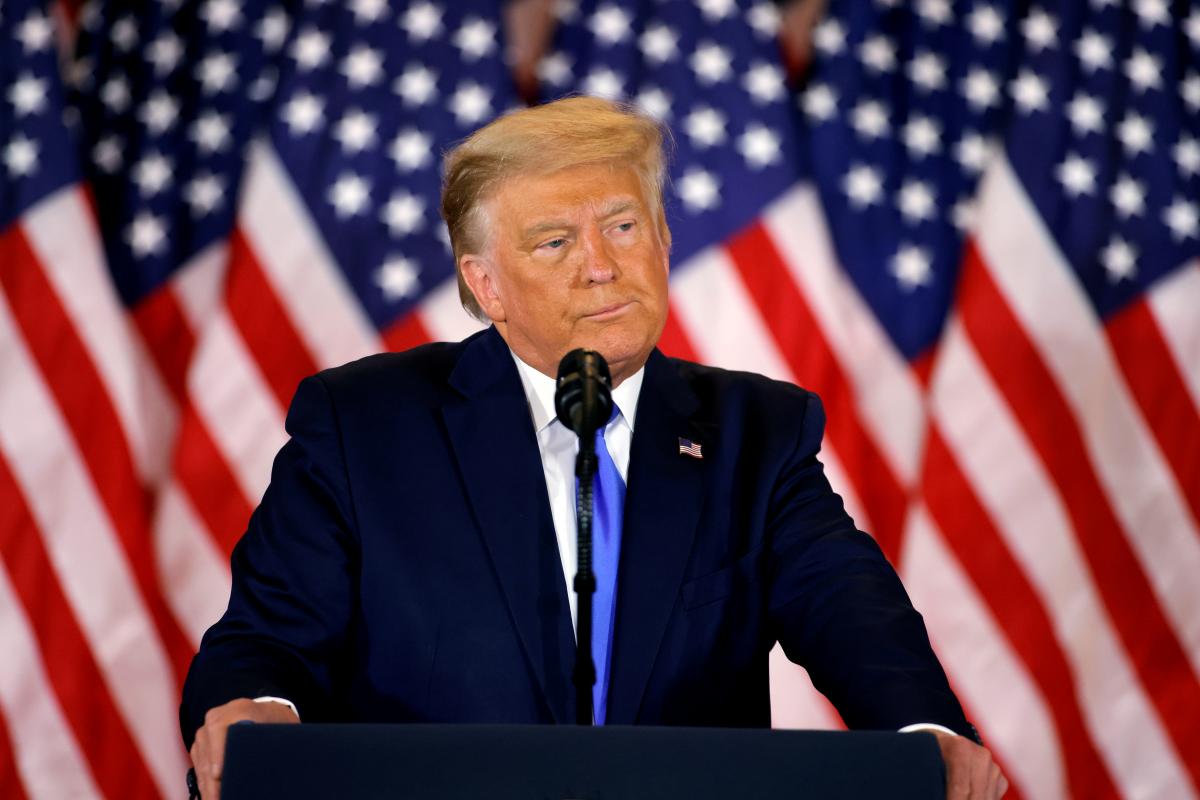 U.S. Secretary of State Mike Pompeo, when asked if the State Department will cooperate with the transition team of the likely winner of the presidential election, Joe Biden, he replied that "there will be a smooth transition to a second Trump administration."

Biden, who has already heard greetings from many world leaders, addressed the nation, expressing confidence that the transitional period for the power transfer will take place anyway.

"We're going to be going, moving along, in a consistent manner, putting together our administration, the White House, and reviewing who we're going to pick for the Cabinet positions, and nothing's going to stop that," Biden said. 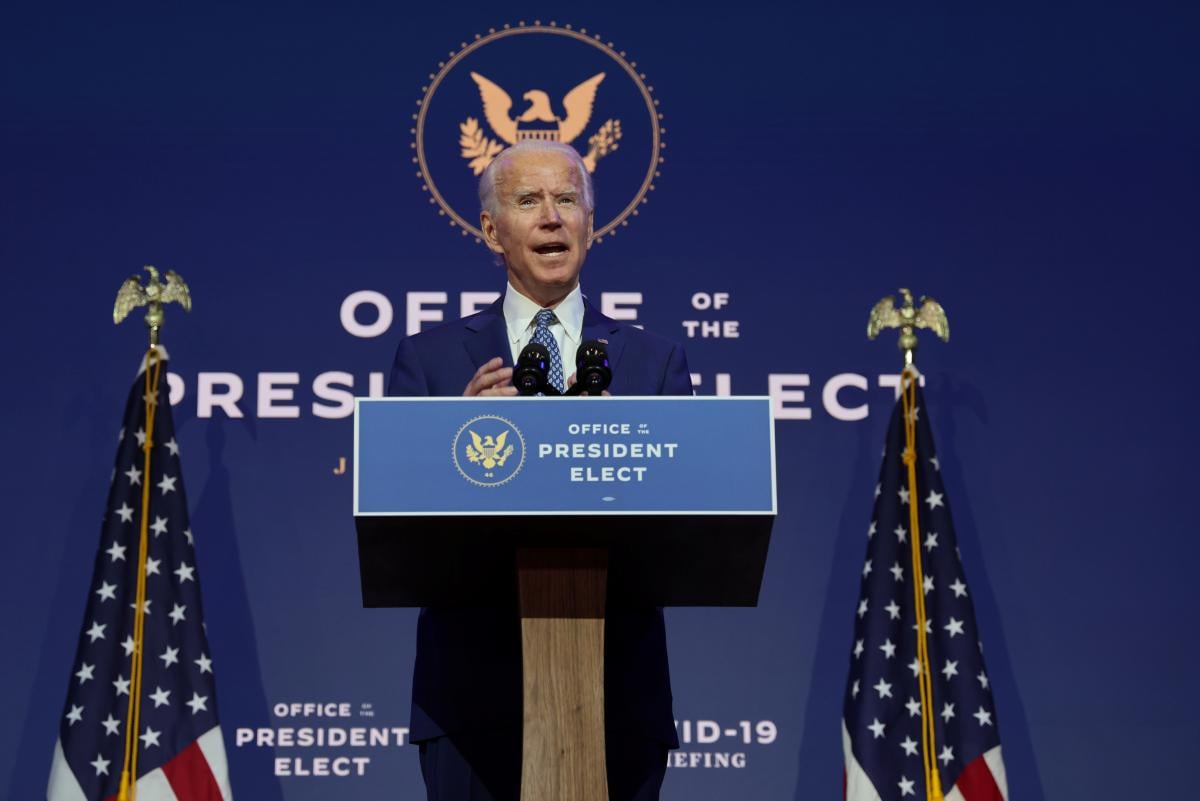 According to Bloomberg, investors finally believed in Biden. They believe that the victory of the Democratic Party's candidate bears no immediate negative consequences for the economy, while moderately positive signals are in place. Biden is expected to actively fight the coronavirus, and, if not warm, then at least pragmatize trade relations with China. Another bid is put on supporting developing countries, especially in Eastern Europe. However, the confrontation with Russia, which Biden has more than once branded a threat to the stability of the entire West, will continue, with even more vigor.

What will change in the global economy, including that of Ukraine, once Biden takes the helm in the U.S.? Anders Aslund, a senior fellow at the Atlantic Council, believes that hardly any country will benefit from Joe Biden's presidency more than Ukraine. The winner of the American election knows Ukraine rather well. In his capacity of U.S. Vice President, he was responsible for the Ukrainian direction of American foreign policy. Biden is committed to both Ukrainian defense against Russia and Kyiv's own reforms.

As a result of such an intensive interaction, a team has emerged that is very well versed in Ukrainian issues. In particular, it's Dr. Michael Carpenter, who is likely to become the new administration's key official for Ukraine affairs, according to Aslund.

In his opinion, Biden will retain U.S. military aid for Kyiv and is likely to increase it. Biden, who was one of the sponsors of U.S. sanctions against Russia, can restore clarity and strengthen the measures that are already in place. 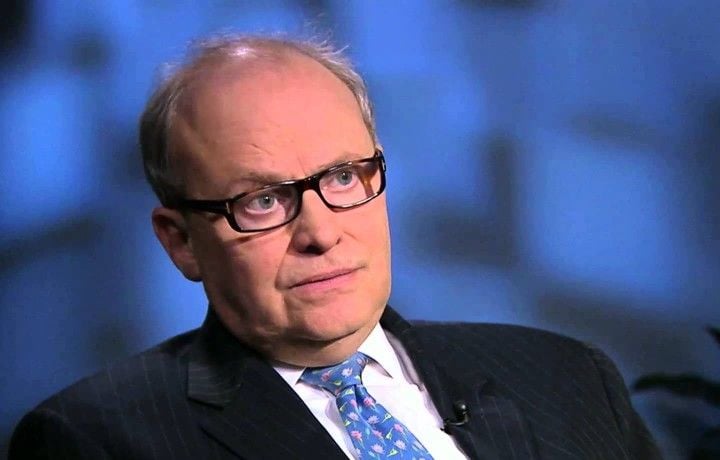 Aslund believes that Ukraine's cooperation with the IMF will see a new impetus and, as a result, the investment climate will improve. Kyiv may receive some financial support from the Fund, the EU and the World Bank, which now seems impossible, Aslund opines, adding that the combination of better rule of law and increased international financial support could revitalize foreign direct investment. Besides, these measures will improve the prospects for achieving greater economic growth.

UNIVER Investment Group President Taras Kozak notes that although official confirmation has not yet been announced, Joe Biden will be the new U.S. President as per the election result. Until January 20, 2021, Trump remains president, in any case. The Senate will be controlled by Republicans and the House of Representatives – by Democrats. Investors, however, have already reacted positively to the election outcome.

"So far, everything is going smoothly and the markets are responding positively. In the last week alone, the growth of the NASDAQ100 and S&P500 stock indices was by more than 9%. Investors expect a soft international policy, primarily in relation to China, as well as the adoption of new incentives for those who lost their jobs. The markets are growing on this optimism," the expert commented on the situation.

According to Kozak, Biden intends to increase taxes for the "wealthy" individuals and corporations, whose annual income stands at more than $400,000. For individuals, the tax will be raised to 39.6% from the existing 37%, for corporations – to 28% from the current 21%. This will affect corporate profits, so one of the optimization ways would be to buy back own shares from the stock exchange instead of paying dividends to minimize the tax base. This will increase capitalization of businesses, while the amount of taxes in absolute terms will remain unchanged or even decrease.

"Biden also intends to cancel the U.S. withdrawal from the Paris Climate Agreement and to resume relations with WHO. This will provide an additional incentive for green energy generation. Therefore, investors are ready to invest in risky assets, primarily in stocks and government bonds of developing economies. Ukraine is one of them," Kozak stressed.

The expert also noted that since week-start, non-residents' investments in Ukrainian government bonds have grown by UAH 1.33 billion, due to which the national currency rate is strengthening by almost 1.5%. The exchange rate on the interbank market has already amounted to UAH 28.10 to the dollar, compared to the rate a week ago at UAH 28.60 per greenback. This trend will continue at least until the end of November, so the hryvnia exchange rate is yet to strengthen to UAH 27.75 to the dollar.

"Investors' appetite for risk and soft international policy of the new U.S. president will provide the Ukrainian government with an opportunity to more easily attract money from both non-residents and domestically, which will reduce the budget deficit and allow getting over the economic coronacrisis faster. Moreover, during his phone talks with French President Macron and British Prime Minister Johnson,  Joe Biden showed interest in Ukraine," said Kozak.

Vitaly Shapran, a member of the NBU Council, notes that the difference in the influence of Democrats and Republicans on the global economy is shrouded in myths. The economic policy of the U.S. authorities has a fairly stable direction. Although, perhaps, after the Democrats' victory, there will be fewer trade wars, while the new administration will pay more attention to international institutions, their funding, and work.

"I think that under the rule of the Democrats, we should expect a certain easing for the developing markets, to which the inflow of investments from developed economies will become more likely. Now this is facilitated by extremely low interest rates. As for Ukraine, here we can expect closer cooperation in the economic sphere. In particular, the practice of borrowing on U.S. government guarantee was a rather beneficial thing for Kyiv. Of course, this could repeat if cooperation with the IMF continues," Shapran concluded.

But all this will remain just prospects until January 20. It is then that the scenario for the development of the global economy, including the Ukrainian one, will be drawn.