During a visit to Kyiv, U.S. Secretary of State Anthony Blinken discussed with the Ukrainian authorities the reform progress and vowed aid in countering Russian aggression, the World Bank approved the allocation of $200 million for the reform of Ukraine's higher education, while the State Statistics Service reported an inflation slowdown – these are the main economic developments of the outgoing week.

Last weekend, Ukraine celebrated Easter and Labor Day, with additional days-off on Monday and Tuesday. And now the country is gradually returning to its regular working rhythm.

Nevertheless, in this short working week i, a number of significant events took place for the country's economy and its position on the geopolitical world map.

U.S. Secretary of State Anthony Blinken paid a working visit to Kyiv – in a first trip to the European continent for Joe Biden administration's top diplomat. A truly significant event…

The main goal of the talks with Ukrainian authorities was to emphasize the U.S. unwavering support for the sovereignty and territorial integrity of Ukraine against the backdrop of the ongoing Russian aggression. 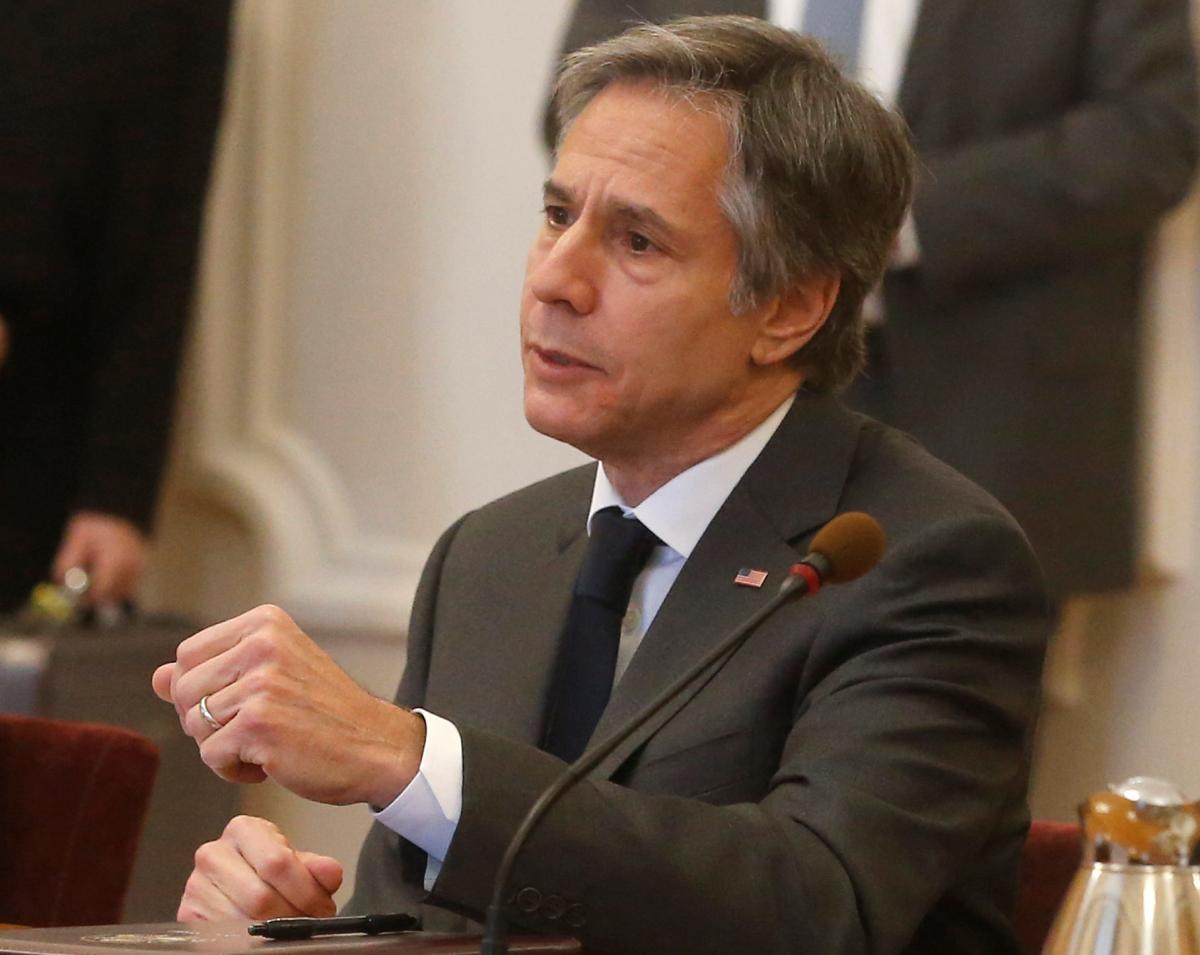 On Thursday, May 6, the U.S. secretary of state held meetings with key officials. During his meeting with President Volodymyr Zelensky, support for Ukraine in the security and defense sector was discussed in detail.

Blinken said that the issue is in the U.S. focus, adding it was recently discussed by NATO and G7 members. In this regard, Washington is actively looking into the possibility of increasing cooperation and assistance to Ukraine in the security realm, according to the chief of U.S. diplomacy.

The U.S. Secretary of State did not rule out additional military assistance to Ukraine, adding that the issue is being looked into. 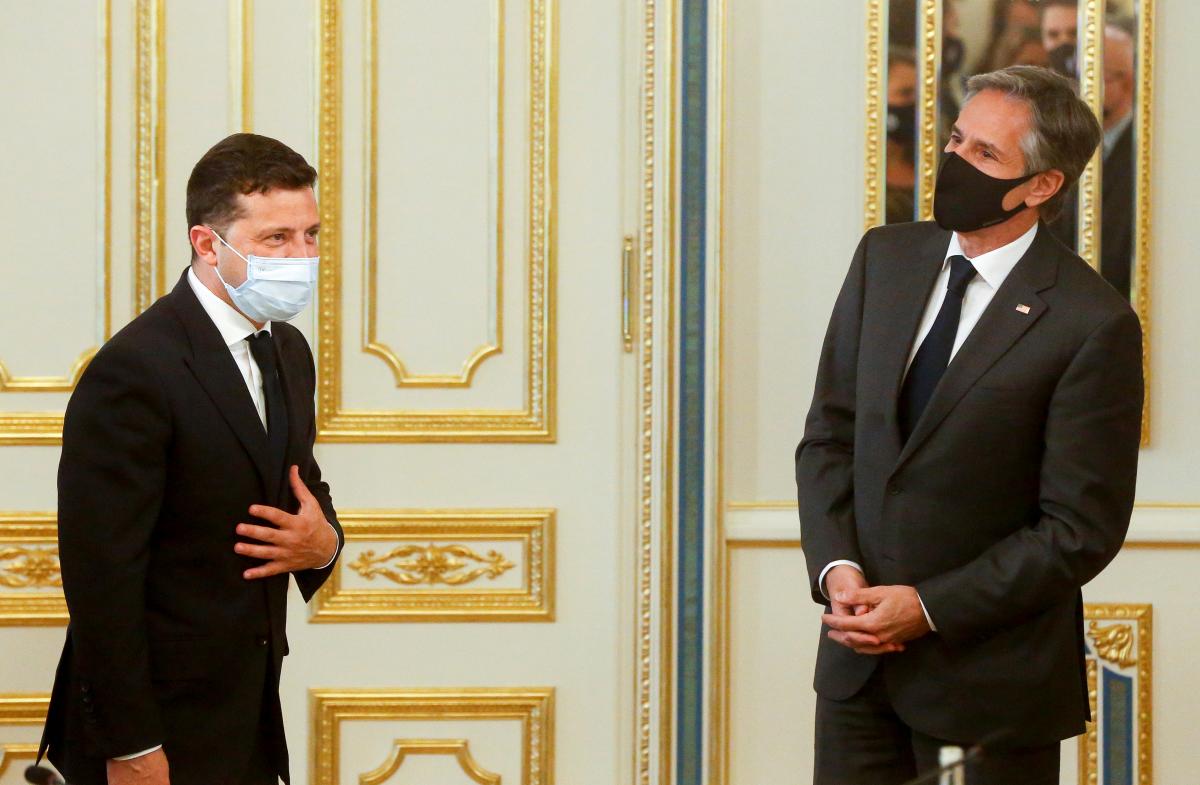 Since 2014, the United States has already allocated more than $4.6 billion to Ukraine in assistance, including in the field of security.

Blinken and Zelensky also discussed issues related to corporate governance, transparency, integrity, and independence of anti-corruption bodies, as well as judicial reform. These reforms are relevant, including for continued cooperation with the International Monetary Fund. President Zelensky has once again noted the importance of preserving such cooperation. 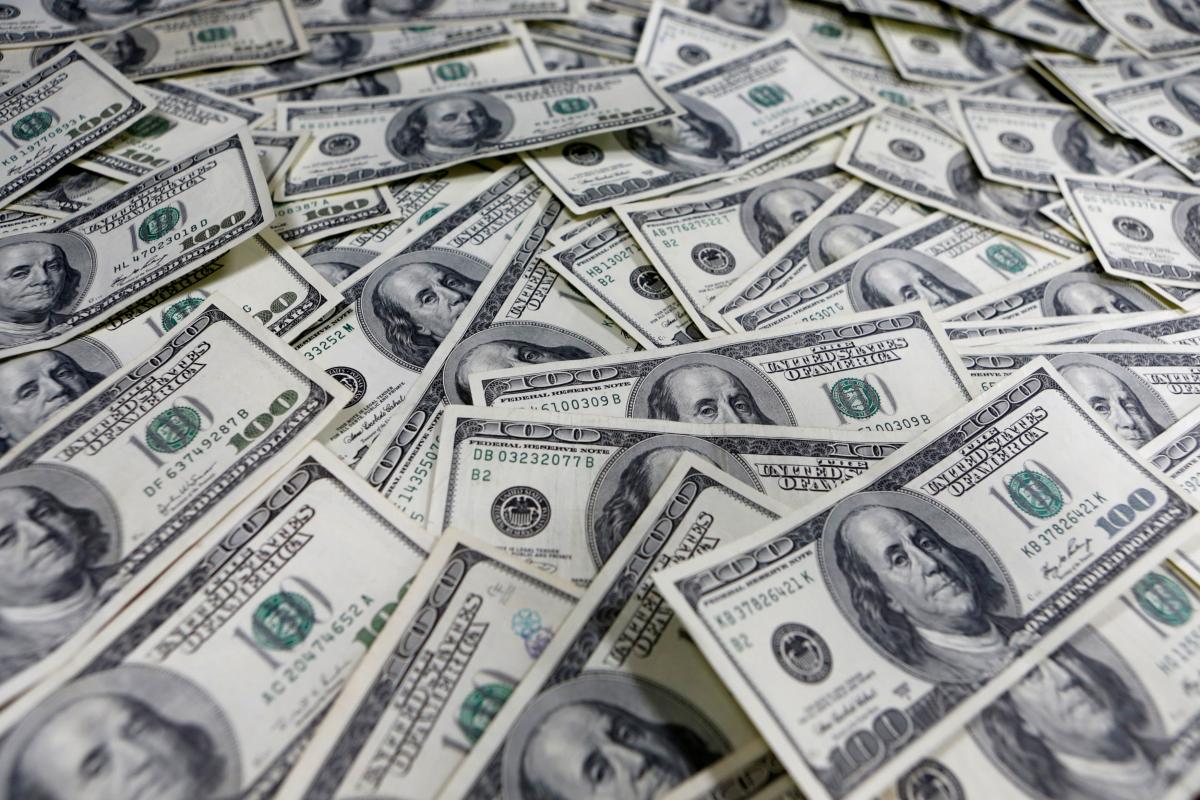 Another positive piece of news came from the World Bank, where $200 million in financing to Ukraine was approved, to upgrade the higher education system and improve compliance with the needs of the modern labor market.

The project will be implemented by the Ministry of Education and Science, within five years. It is assumed that, during this period, a modern digital infrastructure for distance learning, as well as new educational and research laboratories, will emerge. The plan also includes improving the automated higher education management system toward enhancing transparency in the sector.

"The World Bank is pleased to partner with Ukraine to modernize teaching and learning in universities in line with European standards in order to equip young Ukrainians with the skills they need for the 21st century," the press service quoted Arup Banerji, World Bank Regional Country Director for Eastern Europe, as saying.

Raising the educational level of Ukrainians will undoubtedly have a significant long-term effect both in the economic and social domains.

As for Ukraine's key financial partner, the International Monetary Fund, its representatives reminded Ukraine government of the need to accelerate reforms. To receive the next tranche under the existing Stand-By Arrangement (totaling about $5 billion), Ukrainian authorities have to do more homework. 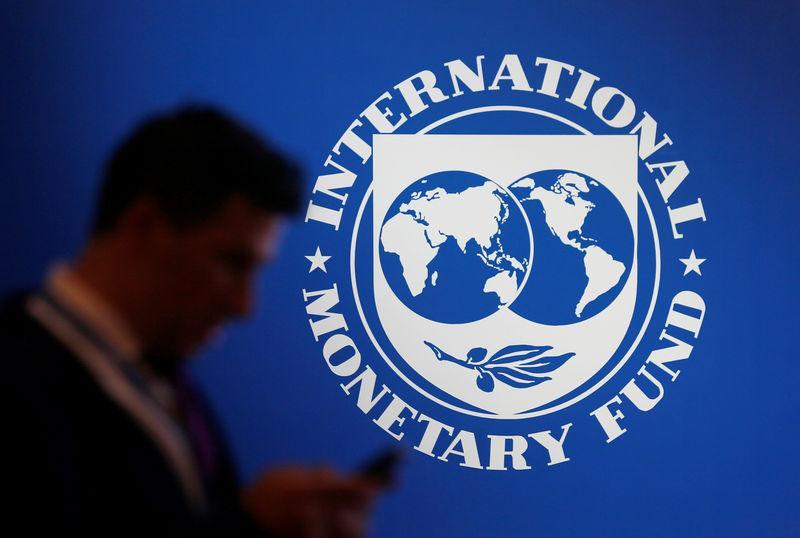 At the same time, the Fund continues its dialogue with Kyiv, calling discussions productive.

David Arakhamia, leader of the ruling "Servant of the People" parliamentary faction says by June 1 the Verkhovna Rada will have adopted all bills required to ensure continued cooperation with the IMF. 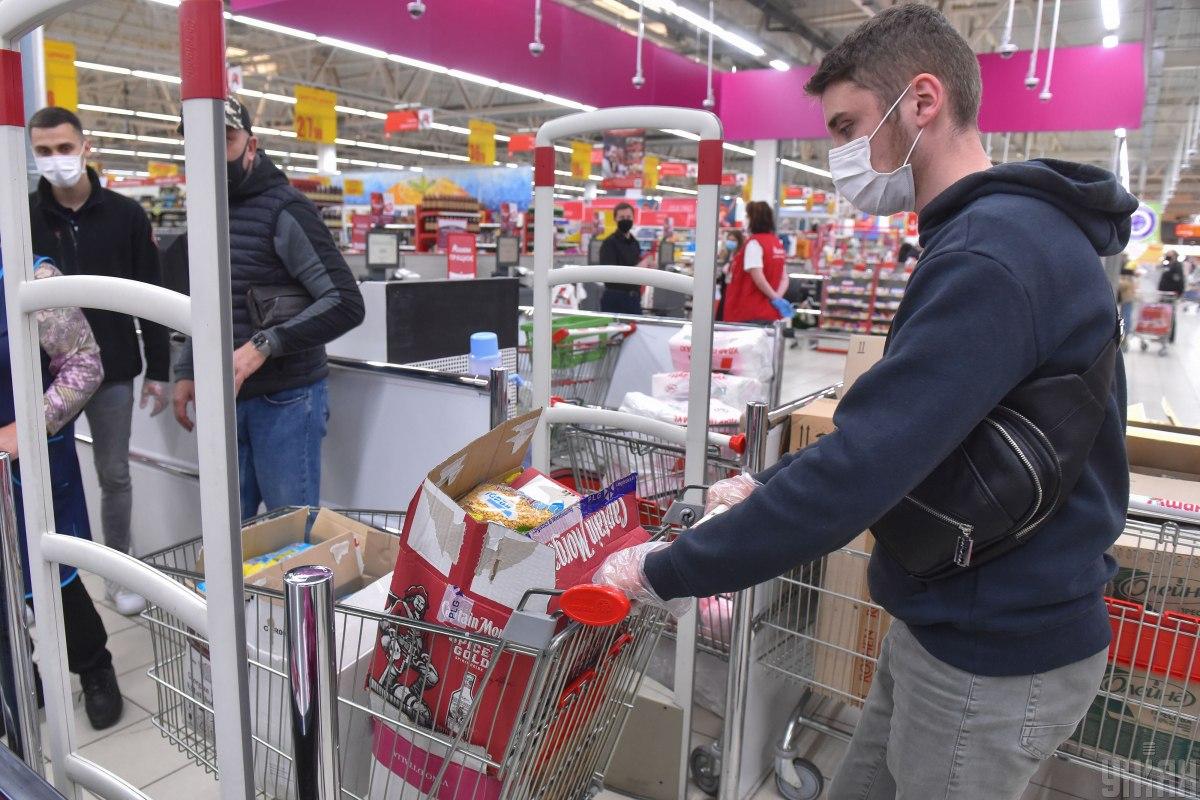 After the long May holidays and against the backdrop of Blinken's visit, Ukraine's national currency remained relatively stable against the dollar.

At the beginning of the outgoing week, the official rate stood at UAH 27.73/USD, while by the weekend the hryvnia was fixed at UAH 27.72/USD.

On Friday, the State Statistics Service reported on a slowdown in consumer inflation in April year-on-year, to 8.4% from 8.5% reported in March.

The National Bank also reported that Ukraine's international reserves in April increased by 3.6%, amounting to the equivalent of $28.001 billion as of May 1.

In the outgoing week, the central bank also announced the growth of mortgage lending in Q1 2021. According to the regulator, Ukrainian banks issued more than 1,800 loans for real estate purchases worth a total of almost UAH 1.4 billion. In terms of the number of contracts, this is half as much as in the first quarter of last year, while twice as much in monetary terms.

The good news is that Ukraine has left the third COVID-19 wave behind.

Since Saturday, May 8, not a single region was left in the "red" quarantine zone. 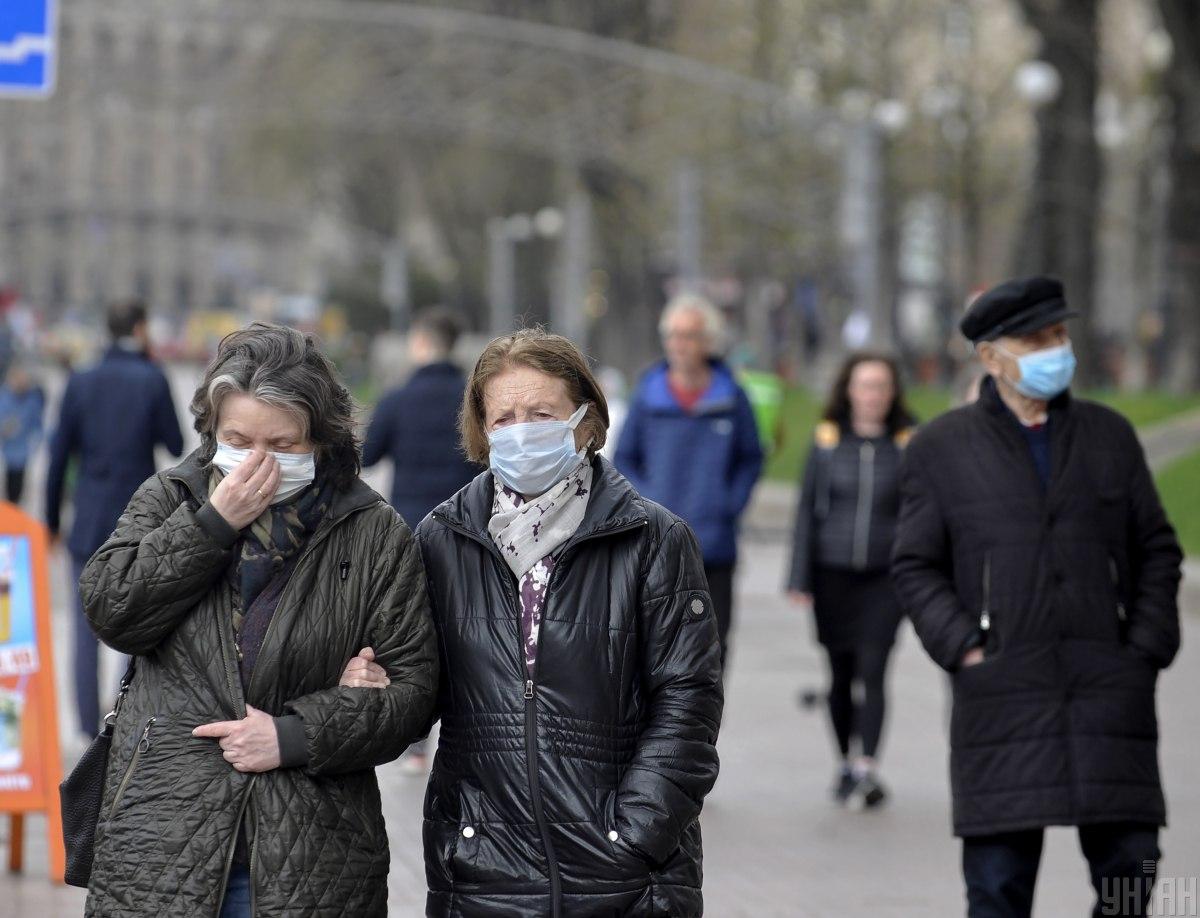 "We did it. We tackled yet another wave of COVID-19, but the virus – not yet. Therefore, now it is very important not to relax, but to continue to comply with anti-epidemic rules," said Minister of Health Maksym Stepanov.

Today, about 32,000 patients are undergoing COVID-19 treatment in hospitals, while hospital load in most regions doesn't exceed 50%.

Meanwhile, with the arrival of the spring warmth, Ukrainian agrarians stepped up their field works, earlier delayed in some regions due to night frosts. 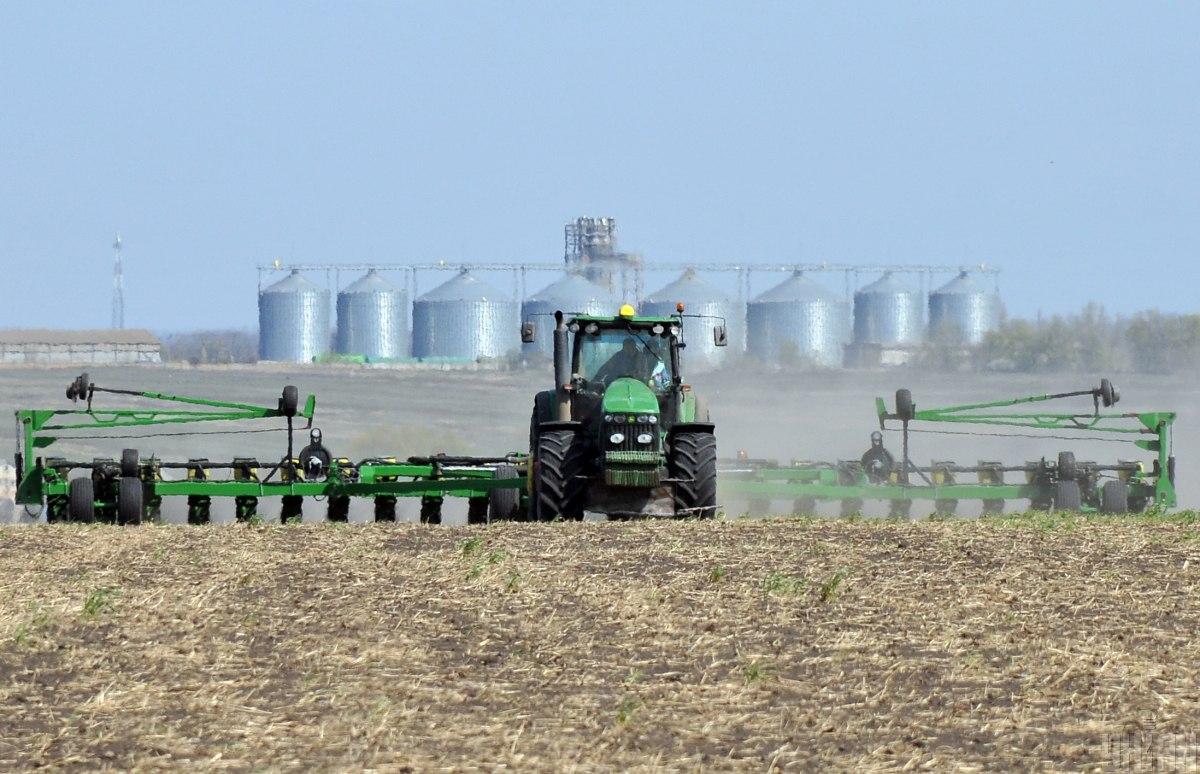 By the first days of May, the farmers have completely completed spring wheat, barley, rye, oats and sugar beet sowing. Corn is yet to be sown in more than half of the planned area. It remains one of the main export crops, generating the lion's share of forex earnings in the structure of grain exports.

The weather next week promises to be warm, with moderate precipitation – up to 10-20 mm per week –which will contribute to successful sowing and maturation of crops.

If the weather remains favorable Ukrainian Grain Association suggests this year's grain harvest could become one of the best ones in history – more than 96 tonnes of grains and oilseeds against 84 tonnes seen in 2020.

The next working week will also be short in Ukraine – Monday, May 10, is a day-off due to the celebration of Victory over Nazism in World War 2 on Saturday, May 8.

The remaining four working days will not be too busy with economic news. The State Statistics Service will report on the exports of Ukrainian goods, while the government will meet for the first meeting over the past two weeks.

The Ministry of Health strongly urges Ukrainians to adhere to anti-epidemic rules, especially during memorial days and Victory Day celebrations, to observe social distancing, and wear face masks. So far, vaccination in Ukraine is proceeding very slowly, so it is in people's own power to do everything to prevent the fourth wave of the coronavirus.