Without water: Occupied Crimea turning into a desert

The Russian-occupied Crimea has been struggling without the Dnieper water as local ponds and rivers are drying up, as well as major reservoirs. Amid the unfolding disaster, occupation authorities put blame on Ukraine, while pursuing response initiatives that could ultimately destroy the ecosystem across the peninsula.

The hot summer and the rainless start of autumn have led to the drying-up of Crimean reservoirs and the subsequent freshwater shortage. Despite the fact that Ukrainian journalists are not allowed to Crimea, the Hroshi investigative journalists managed to obtain footage showing the sad picture of the Simferopol Reservoir, one of the largest on the Crimean peninsula. It has dried out.

Other strategic water bodies are suffering as well. The Partyzanske, the Ayanske, and the Mizhgirske reservoirs are going shallow, too, and the consequences of the process are deplorable.

"Wells have dried up in villages. There's a difficult situation in Southern Crimea starting from Yalta to Sudak, and in Kerch. Well, in Simferopol and Sevastopol, too," locals say.

Shortage of water resources has hit local agriculture hard, especially winemaking – one of the main industries for many Crimean regions.

Drought has reduced yields. Some farms have lost up to half of their grapes. Only precipitation, which, unfortunately, was almost non-existent, could save the situation. 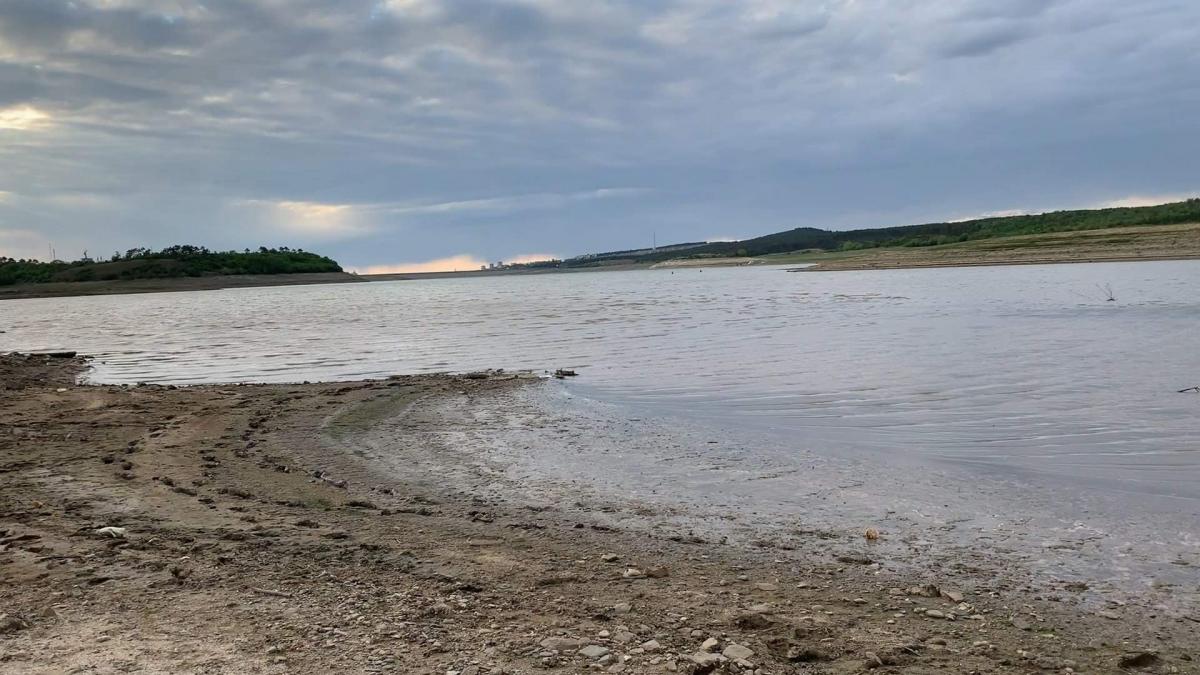 "In the area of ​​Simferopol, in rural areas of Northern Crimea, water is supplied once a day. And there are places where it is supplied twice a week," Crimean Tatar activist Edem Dudakov told Hroshi.

Even in the regional center of Simferopol, water is delivered on schedule, for two or three hours a day, and sometimes the water is rusty, Dudakov adds.

"Previously, water flowed three times a day – for an hour and a half. There was enough water, because everyone has tanks," says Serhiy Vasyliev, a villager living outside Simferopol. 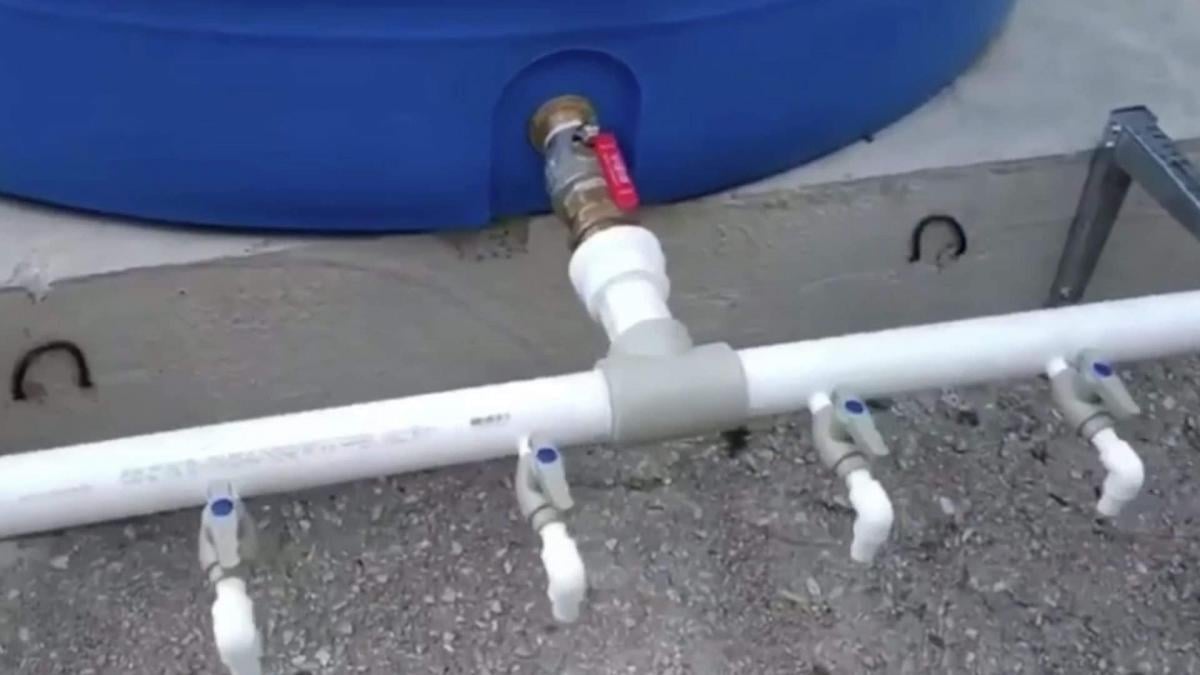 But in early July, occupation authorities made people's lives even difficult: Crimeans were told that their water supply system had been worn out and required replacement.

"It seems that they decided to replace the pipes. But it would be wrong to call this pipe replacement. Because the operating water system has been completely destroyed," Vasyliev says.

Now water supplies to their house have an even stricter schedule: "Water flows for some 10-15 minutes. Houses down the street are able to somehow collect a few buckets of water. But those up the street, using automatic pumps, can get half a bucket max."

As in all other troubles, Russian occupation authorities put blame for water shortage on Ukraine's decision to sever supplies via the North Crimean canal at the onset of Russian annexation of the peninsula. 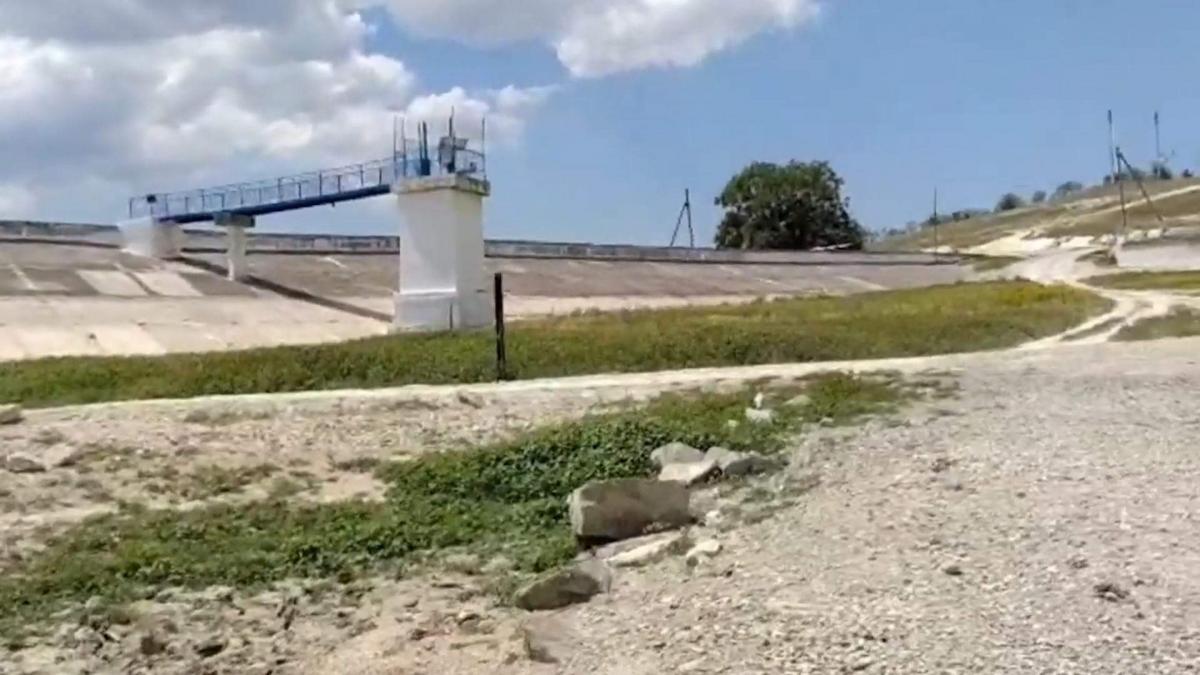 However, in contrast to the occupation authorities, the local activist notes that even after the canal was closed, water did not disappear immediately. So the problem is much wider than the blocked Ukrainian "tap."

"For all six years they haven't been saving water at all. Fir all six years, our reservoirs have been drying up… They didn't want to spoil the picture of the 'Russian world'," says Edem Dudakov.

At the same time, people were urged to move en masse to the peninsula from mainland Russia. "Approximately 350,000 people – military, their families – are those special kinds of people who were relocated here with great benefits for the purchase of real estate, etc.," says Dudakov.

At least 350,000 new residents is an impressive figure for Crimea. That approximately equals the entire population of Simferopol. That is, another big city was added to Crimea. But it was not about savings. On the contrary, new construction sites emerged, including military bases. And, of course, they all needed water.

But what happens next? Crimeans see two options. The first is to negotiate with Ukraine or lay pipes to the Crimea from the Kuban region of Russia. As for the latter, Russian President Vladimir Putin once gave locals such hope, saying he supports the idea and will help lay the line," locals tell journalists.

However, the option is really nothing more than a nice promise, journalists add. After all, the arid Krasnodar Territory doesn't have enough water itself, so there is nothing to share with the Crimeans, which, incidentally, was even officially reported by the Russian Agency for Water Resources.

Also considered unlikely is an option with desalination of sea water due its extremely high cost. So what's left?

Elimination of old wells and construction of new ones seems to be the only way out. However, environmentalists are not amused about the idea as quality water, they predict, will be running out due to uncontrolled drilling of underground wells.

Even if ecologists' warnings are dismissed, drilling wells still takes time, which Crimea is lacking.

"I think it will take a decade to drill wells, even if they can. In each city of Crimea, there must be two to three crews working. Then, I think, in ten years, they will cover 50-60% of the peninsula's water demand," said Yevhen Korzhenko, a hydrogeologist and experienced driller.

In addition, wells can only provide water to households, thus leaving the farmers out. Therefore, occupation authorities are desperately looking for other ways out.

In particular, recently the local public heard the news that some lab plane, deployed from Russia, will be shooting at the clouds to cause rain. However, journalists add, this will not solve the global problem, while precipitation expectations are poor, complicating the situation further.

Ukraine will reopen the Northern Crimean canal only after Russia gives back the peninsula it illegally grabbed in 2014.

Meanwhile, only 4 million cubic meters of water remain in the Simferopol Reservoir, and 6 million – in the Partizansky Reservoir. At the same time, Simferopol alone consumes more than 100,000 cubic meters a day. 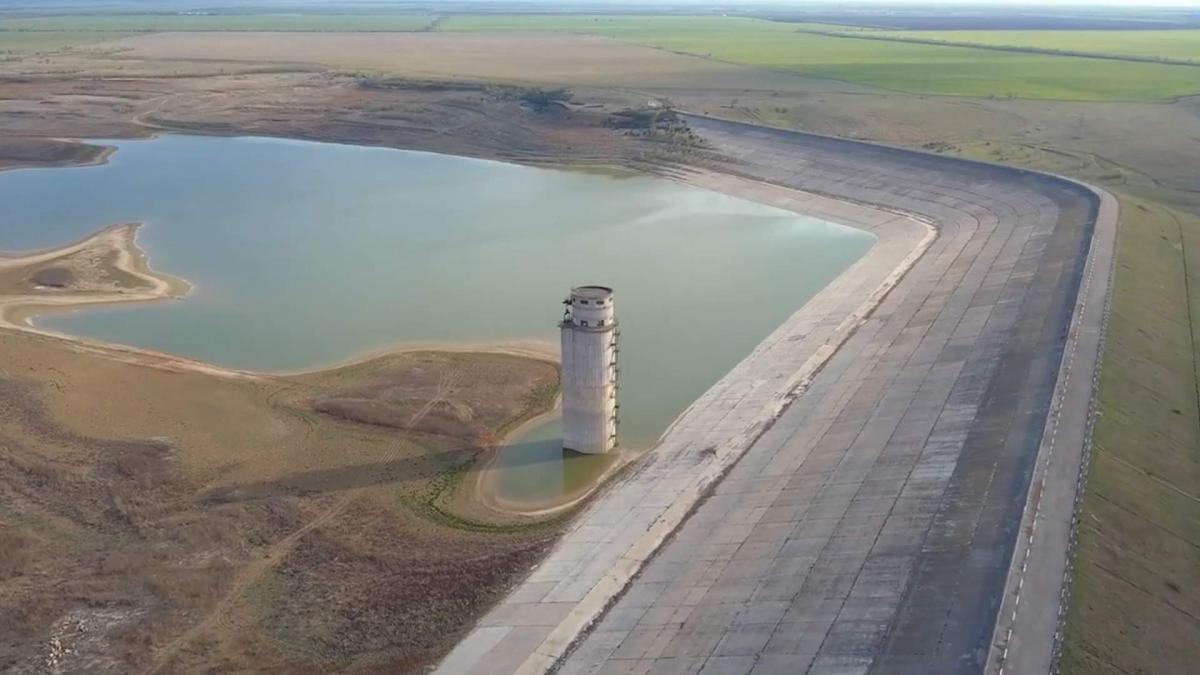 Ponds and rivers are unable to resolve the crisis either. One of Crimea's waterways, the Biyuk-Karasu River, which feeds the Belogorsk Reservoir, has become very shallow, and its tributary, the Tanasu River, has dried up completely. The day may soon come – perhaps in December – when the deepest artificial reservoir of Crimea – the Izobilnytske Reservoir, which provides fresh water to Alushta – will dry up, too.