Poland plans to pursue an active policy towards the east, and a key element of this policy is to be the situation in Ukraine, declares Polish Foreign Minister Grzegorz Schetyna. The change in the geopolitical situation in the region requires the development of new instruments for shaping foreign policy, especially with regard to Warsaw’s eastern partners. 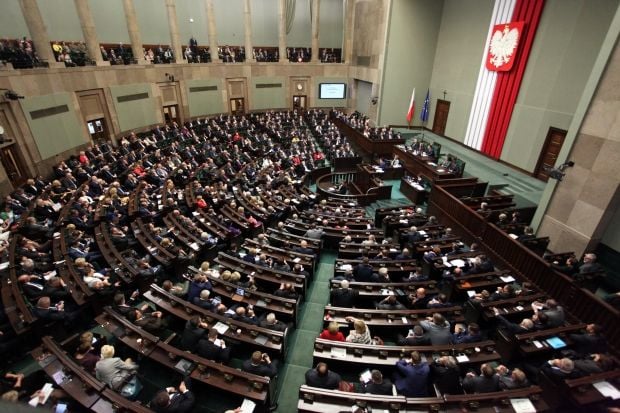 Leading Polish experts, journalists, scientists and representatives of non-governmental organizations discussed the challenges and the form of Poland’s eastern policy in a time of crisis at the annual Polish Eastern Policy 2014 conference. Małgorzata Nocuń, who chaired the conference, stressed that a combination of several perspectives would ensure there was a comprehensive approach to foreign policy and the development of new instruments for its formation for Poland’s eastern partners. The meeting was attended by Poland’s Minister of Foreign Affairs, Grzegorz Schetyna, who received a set of recommendations developed by the participants of the conference.

During his speech, the Polish Foreign Minister stated that Poland’s eastern policy was taking on new dimensions, and events in the east have an "intense character" and often surprise "participants in big politics." Schetyna noted that the Ukrainians have paid the highest price in blood for their path to Europe, and the sovereignty and autonomy of the Ukrainian state.

The minister stressed that the eastern policy was not an easy one, and in the past year the situation in this part of the world has totally changed, with no one possibly being able to predict the turn of recent events. He also stressed that Polish diplomacy had tried to undertake a number of initiatives in order to tackle the Ukrainian crisis. He added that the major political forces in Poland had reached a consensus on this matter, as the Sejm, Poland’s lower house of parliament, had managed to unanimously adopt a number of resolutions related to the situation in Ukraine.

Schetyna also said he appreciated the involvement of his predecessor Radoslaw Sikorski, who along with the foreign ministers of France and Germany participated in the drawing up the February agreement between the then Ukrainian government and the opposition. The minister said that although this agreement had not contributed to the resolution of the conflict, it had at least ended the bloodshed in Kyiv, which at that time was a priority.

Schetyna pointed out that it was extremely important to maintain Poland’s focus and commitment towards Ukraine, and to develop good ideas that will bring about a new form of cooperation. He added that he was going to present wider plans in this regard in a matter of days, in a presentation of Poland’s foreign policy objectives before the Sejm.

Schetyna also said Ukraine would dominate eastern policy issues, and while shaping this policy Poland would not ignore the question of Crimea and the eastern districts of the country. In the opinion of the minister, Poland must also present a positive, progressive idea for eastern policy at the level of the Weimar Triangle (the loose grouping within the EU of Poland, Germany and France) and the entire European Union. He added that the next year's Eastern Partnership summit in Riga would be useful in summarizing achievements, but by that time "anything could happen." Therefore, Schetyna underlined that Poland must take responsibility for these processes, and confirm the importance of its eastern policy.

In Defense of the Memorial

During the conference, its participants drew up a statement that condemned the actions of the Russian authorities in applying to Russia’s Supreme Court to ban the Memorial organization - the International Historical-Enlightenment, Human Rights and Humanitarian Society in Russia. The document also called on Poland and other democratic states to take "responsibility for the protection of Memorial’s achievements as an essential element of the global heritage of free and independently thinking people."

The Partition of Ukraine?

The problem of the Memorial organization is not the only thing that in the near future may further worsen the Polish-Russian relations. In recent days, the Polish authorities arrested two Russian agents, and Polish public opinion was shocked by revelations disclosed by the current Speaker of Parliament and former Foreign Minister Radoslaw Sikorski about talks between Russian President Vladimir Putin and Polish Prime Minister Donald Tusk in Moscow in 2008. The U.S. politics magazine Politico recently published an interview with Sikorski in which he stated that in the course of these talks Putin wanted to draw the Polish state into the partition of Ukraine. Sikorski said that during the meeting, Putin allegedly said that Ukraine was an artificial state, and Lviv was a Polish city, so it was worth jointly tackling the problem. Sikorski added that Tusk did not comment on the proposal, but that Polish diplomacy gave the Russian side an unambiguously negative message in this case.

But after Politico published the interview Sikorski wrote on Twitter that his was not authorized and some of his comments had been misinterpreted.

"I confirm that Poland does not participate in partitions," Sikorski wrote, enigmatically. Referring to this statement, Ben Judah, the journalist interviewing Sikorski, said that he did not know what kind of misinterpretations Sikorski was referring to, as he had said these exact words during the interview.

This surprising U.S. media report electrified public opinion in Poland, and the issue was immediately addressed by the head of the Polish government, Ewa Kopacz. She said that no Polish prime minister would ever participate in such a disgraceful action as the partition of another country.

"If such a conversation took place, it is outrageous," Kopacz said. The prime minister also stressed that during her recent visits to Europe, she told other partners about the need to speak with one voice on the Ukrainian issue. She also added that Ukraine is currently awaiting real help, and can count on it coming from the Polish government.

Last Friday in Milan also marked the first meeting of the new Polish Prime Minister, Ewa Kopacz, with Ukrainian President Petro Poroshenko. The two discussed measures to ease the crisis in Ukraine and the prospects for Polish-Ukrainian cooperation. Prime Minister Kopacz declared support for Ukraine's reforms and fight against corruption, and accepted an invitation from President Poroshenko to visit Kyiv.