The anniversary of the Maidan deadly shootings became another occasion to recall the impunity of murderers. Presidential testimony in the Yanukovych treason case was accompanied by excessive zeal by law enforcers. Law "On special aspects of state policy to ensure state sovereignty over the temporarily occupied territories of Ukraine in Donetsk and Luhansk regions" came into force. Polls of presidential candidates by "Rating" pleased Yulia Tymoshenko. Rada Speaker Andriy Parubiy promised to enhance parliament's performance. Gennady Moskal did not choose words too carefully. 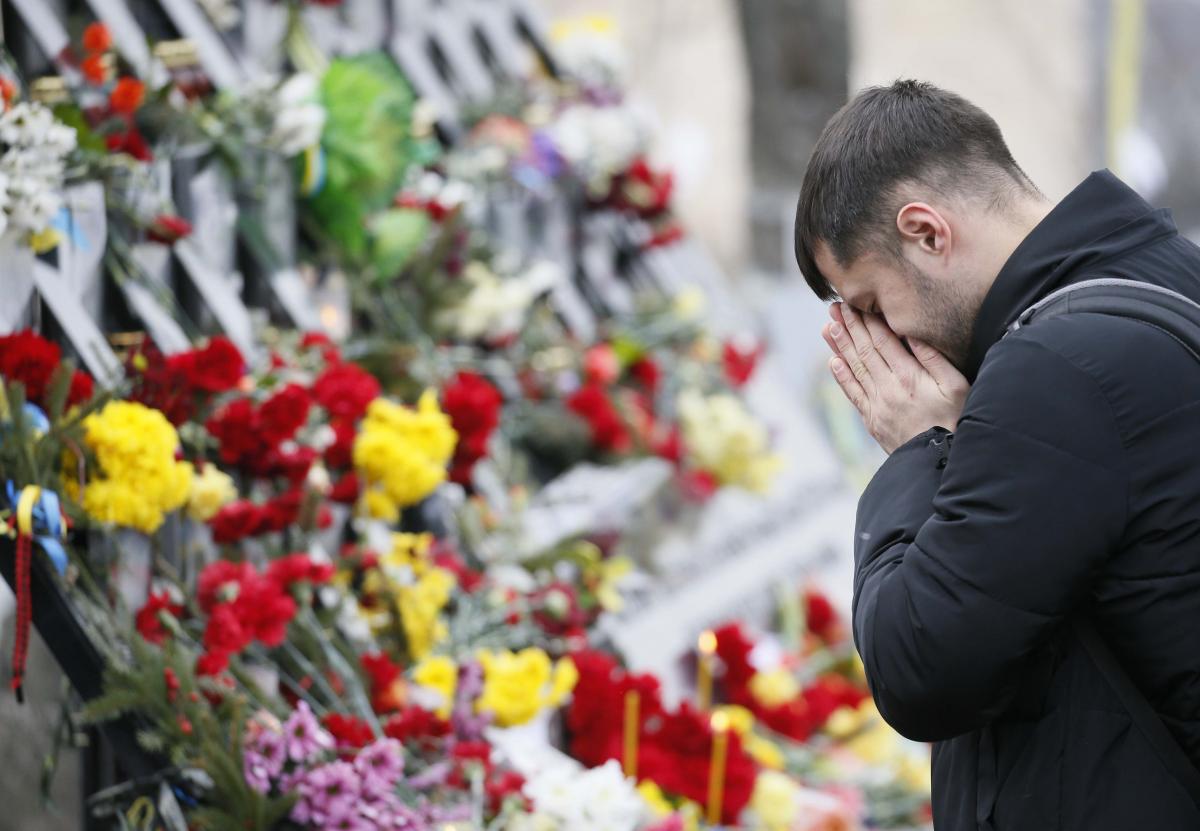 On the day when Ukraine marked the anniversary of the killings of Maidan's Heavenly Hundred heroes occasion the public once again focused the fact that the trials are ongoing only in the cases of some of the possible performers of criminal orders (most of the suspected police operatives "took refuge" in Russia), while those who gave these orders remain unpunished 4 years after the bloody crackdown on protesters. Prosecutor General Yuriy Lutsenko announced the beginning of trials in the cases of Yanukovych, Yakymenko and some others who allegedly gave orders to open fire at protesters, while the date of their start remains unclear.

Petro Poroshenko decided to testify in the Yanukovych treason case but failed to take into account the ridiculous zeal by law enforcers which marked the event. The latter recalled the latest performances by Femen activists at public events with the participation of the head of state and set up a TSA-level examination of several female journalists who covered the event in the Obolonsky courtroom. Amid the scandal, Poroshenko eventually gave testimony via a video link, becoming the first president in the post-Soviet space to testify in court.

The Russian Ministry of Foreign Affairs was outraged over the signing of the law on Donbas reintegration while Poroshenko assured the public that the new legislation will not hinder the implementation of Minsk agreements, which has progressed very little over the past three years. Chief of the General Staff of the Armed Forces of Ukraine Viktor Muzhenko noted the completion of the ATO, at the same time promising that the Joint Forces in Donbas will be headed by a commander with combat experience. Muzhenko also made it clear that anti-tank capacities of Ukrainian Army will be strengthened in 2018.

The results of the sociological survey conducted by the "Rating" group certainly pleased Yulia Tymoshenko who saw her chances growing to seal a victory in the upcoming major political race. However, not all potential candidates for presidency are represented in the polls, while there's still much time to go before Ukrainians take to the polling stations in 2019. The share of those who remain undecided in their political preferences still seems high and it's for their voices that the main battle is yet to unfold. Quite showing are also the rumors about the talks between Yulia Tymoshenko and Petro Poroshenko about the holding of early parliamentary elections, which seem more like wishful thinking by some participants in the political process.

Rada Speaker Andriy Parubiy has once again vowed to improve the performance of the legislative branch, at the same time choosing not to reveal technologies for raising MPs' efficiency. Obviously, a number of personnel issues related to the change of the head of the board of the National Bank and the overwhelming majority of the members of the Central Election Commission should somewhat mobilize deputies. I want to believe that the law on national security and defense will not be back-shelved either.

Zakarpattia Governor Gennady Moskal allowed himself an ugly public remark toward an acting Minister of Health Ulyana Suprun. Neither public nor informal appeals from the executive branch to the brazen and foul-mouthed official seem to have had no effect so far, unfortunately. It's a shame that the dialogue between top officials is seeing not a slightest sign of respect.