Armenia's transition from the parliamentary-presidential to the PM-parliamentary (de facto) republic is not going smooth. While the very inauguration of President Armen Sargsyan, elected by Parliament, was generally calm, the outlook for the transition of former head of state Serzh Sargsyan to the prime minister's office caused mass protests initiated and led by opposition MP Nikol Pashinyan. It should be noted that the protests are quite regular in Armenia, so it is too early to talk about any radical change in the political situation in this Caucasian republic.

Ambassador of Poland in Ukraine Jan Pieklo called Ukrainians the largest group of foreigners in Poland, amounting to 2 million people. It should be understood that for a rather monolithic Polish society, such an amount of foreigners, even if they are truly necessary for the economy, is a real challenge. He gave a restrained comment on the prospects of restoring the monument to UPA soldiers in Hruszowice and stressed that there is a technical opportunity for Ukraine to obtain LPG through a terminal in Swinoujscie. 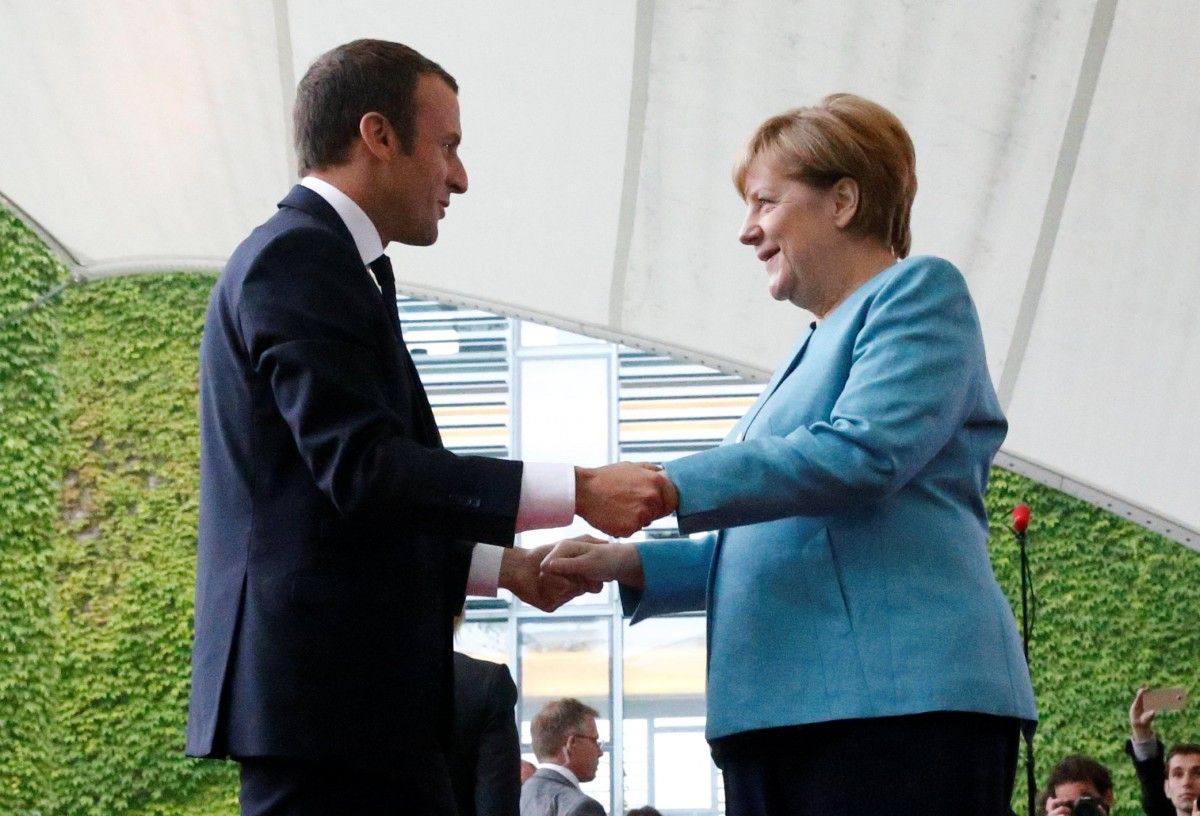 Angela Merkel received Emmanuel Macron in Berlin. The Germany - France axis today looks like the embodiment of stability in the European Union, therefore the contacts of the two leaders are of strategic importance for the future of the EU. In the German capital, measures were announced to "revive Europe," which should be implemented before June. On the eve of Berlin talks, Macron called the Nord Stream-2 pipeline project "a threat to the EU energy independence", which is probably not the only disagreement between the French president and the German chancellor.

MFA Russia continues its battle with the civilized world, fortunately, only in the information domain. However, their statements are becoming increasingly absurd., like charging London with involvement in the murder of Tsar Pavel I and Gregory Rasputin. Apparently, the use of automatic weapons in Africa to pacify local rebels and setting up concentration camps in the Transvaal are the two issues Russian diplomats are leaving for dessert. It should be noted that the excessively emotional statements by the Russian Foreign Ministry fail to remove questions about the "novichok" and Russian support for the Assad regime in Syria.

Recep Tayyip Erdogan agreed to hold early presidential and parliamentary elections in June this year. After the recent coup attempt in Turkey, a state of emergency is still in place and, according to the authorities, it will not hinder the election campaign. It is naive to believe that such a sophisticated leader as Erdogan went for early elections without trump cards in dialogue with his citizens.

North Korean leader Kim Jong-un, announced the termination of missile and nuclear tests and the closure of a test range in the north of the country. It is not clear yet whether the decision is the result of his talks with Mike Pompeo, but from the outside, it looks like a curtsey ahead of the meeting of the DPRK leader with the president of South Korea and U.S. president Donald Trump.