A meeting took place in a hybrid Normandy format in Aachen, Germany, – without the participation of Vladimir Putin. Kurt Volker announced a visit to Ukraine, having made a number of statements. The Permanent Court of Arbitration in The Hague issued the award, obliging Russia to pay compensation to Ukrainian companies for the loss of property in Crimea. Putin took the oath of office for his fourth term as Russian president. Nikol Pashinyan became Prime Minister of Armenia. Donald Trump continued wiping out the gains of the Barack Obama Administration's foreign policy.

Angela Merkel, Petro Poroshenko and Charlemagne prize winner Emmanuel Macron first met as a group of three [instead of the Normandy Four format] to discuss prospects for the settlement of the conflict in Donbas and the deployment of peacekeepers. Neither the format of the meeting nor the current foreign policy situation suggested any concrete decisions. The three leaders rather demonstrated their willingness to coordinate positions before the visit of Angela Merkel and Emmanuel Macron to Russia: the leaders of Germany and France will hold talks with the Russian president in the next two weeks. The German Chancellor held telephone talks with the master of the Kremlin after the negotiations in Aachen.

It would be illogical to ignore Kurt Volker's recent statements, since the U.S. Special Representative for Ukraine Negotiations consistently increases the number of claims addressed to the Kremlin. This time, during a briefing and interviews that preceded Volker's visit to Ukraine, he called for new arms supplies to our country in order to increase the price of Russia's possible attempt to expand control over Ukrainian territory and drew attention to the constant violation of human rights in Russian-occupied Crimea. Russia responded to Volker's words asymmetrically by spreading rumors about the removal of presidential adviser Vladislav Surkov, the negotiator on behalf of the Kremlin and one of the architects of Russia's hybrid aggression against Ukraine.

The decision of the Court of Arbitration in The Hague, which ruled on the compensation of $159 million to Ukrainian companies that had lost property in Crimea after the annexation of the peninsula by Russia, is important not so much in the financial dimension, but as a precedent for recognizing the fact of Russian aggression at the international level. And although the Kremlin will certainly try to challenge this decision, Ukraine has every chance of succeeding. 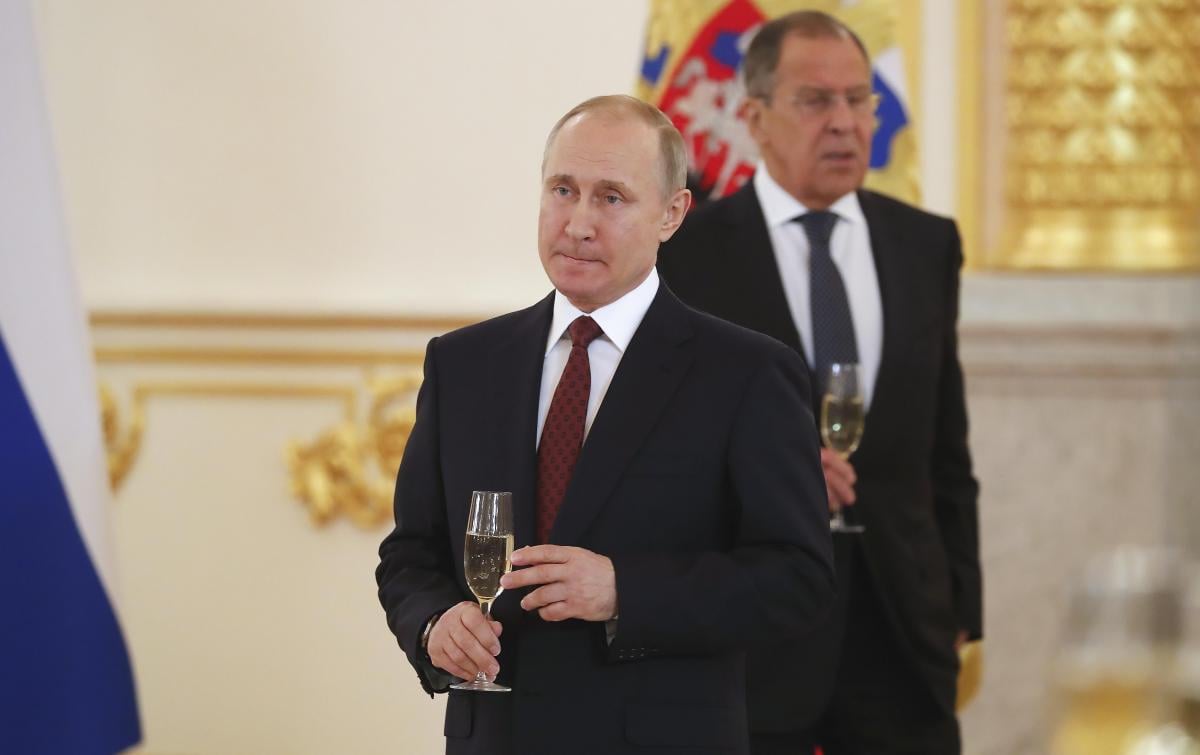 Putin began a fourth presidential term, his inauguration took place without the participation of incumbent foreign leaders, and its broadcast was designed to emphasize the working nature of the ceremony. The presence of retired PMs of Germany and Italy – Gerhard Schröder and Silvio Berlusconi –had to demonstrate the scope of the Kremlin's influence on the establishment of the Old World. But the tricolor [flag] over the Kremlin failed to grasp the importance of the moment, having stuck halfway to the top of the flagstaff above the Russian presidential residence.

On May 8, at the second attempt, Nikol Pashinyan managed to occupy the prime minister's office with the powers lovingly secured by Serzh Sargsyan. It would probably be an exaggeration to say that the leader of the April protests has already gained the entire authority in the country, even against the backdrop of the dismissal of the Minister of Internal Affairs, the chief of the special services and demands for the resignation of the mayor of Yerevan. To strengthen his positions, Pashinyan needs to win a snap parliamentary election a decision on which is yet to be taken.

Donald Trump is consistent with efforts to torpedo the decisions of the Barack Obama Administration. This time, the U.S. president announced the withdrawal from the Iran nuclear deal and the rollback of sanctions against that Islamic state. The decision of Washington was actively supported by the leaders of Israel and Saudi Arabia, while the European states hope to preserve the agreement. Developments in the Middle East show that the Persian Gulf will remain a zone of heightened tension in the near-term outlook.

Yevgeny Magda is a fellow at the Institute of World Policy