The two-year saga around the creation of the High Anti-Corruption Court has reached the home stretch as last week the relevant bill was finally brought to the Verkhovna Rada's session hall for its final consideration. Although the deputies failed to pass the legislation from first attempt, they have gone through almost a half of some 2,000 amendments.

The bill saw a really thorny path to the session hall. Perhaps, before the Anti-Corruption Court, no other government agency was being created for so long in Ukraine. Initial discussions on a "court above courts" began in 2016, when Kyiv had to acknowledge that the newly created anti-corruption bodies - the National Anti-Corruption Bureau of Ukraine (NABU) and the Specialized Anti-Corruption Prosecutor's Office (SAPO) – were failing to cope with their tasks – that is, to overcome corruption given the existing courts that are far from perfect. After U.S. Ambassador to Ukraine Marie Yovanovitch quite bluntly hinted at Ukraine's desperate need for a special anti-corruption court, Justice Minister Pavlo Petrenko in December 2016 said that the relevant bill was already being prepared. However, the parliament saw the draft only in a year, in December 2017, when the president submitted it to the Verkhovna Rada as "urgent."

A long way to the ACC creation

The problem is that the legislators didn't think beyond laying the provision down so its implementation turned out a mess. At first, the discussion went toward an offer to create anti-corruption chambers with existing courts rather than setting up a separate institution. Soon the corresponding draft law was submitted to the Verkhovna Rada by the deputy from the pro-presidential BPP faction Seriy Olekseyev.

According to Poroshenko himself, this idea is good because it will take long to create a separate Anti-Corruption Court (it could appear no earlier than 2020); therefore, anti-corruption chambers would be an excellent solution. The idea also found support in the Government and Prosecutor General's Office. Actually, the European Commission also green-lighted the initiative. However, it was the Ukrainian activists who stood strong against the move because they believed that there would be of little use.

"Chambers under existing courts will be dependent and administered from outside. They will not only fail the task of ensuring fair punishment for corruption crimes, but will also become reliable instruments in the hands of bribe-takers. After all, the chambers will be formed, in fact, from the same judges who, at the moment, are dragging out and tearing down the cases already submitted by the National Anti-Corruption Bureau and the Specialized Anti-Corruption Prosecutor's Office," said Yaroslav Yurchyshyn, an executive director at Transparency International Ukraine.

Washington also supported the idea of an Anti-Corruption Court in the form of a separate structure. Ambassador Yovanovytch in an interview with Novoye Vremya magazine reiterated her country's clear position on the issue – that the the Anti-Corruption Court should be established in Ukraine that would imprison corrupt officials, whose guilt is proved by NABU and SAPO. 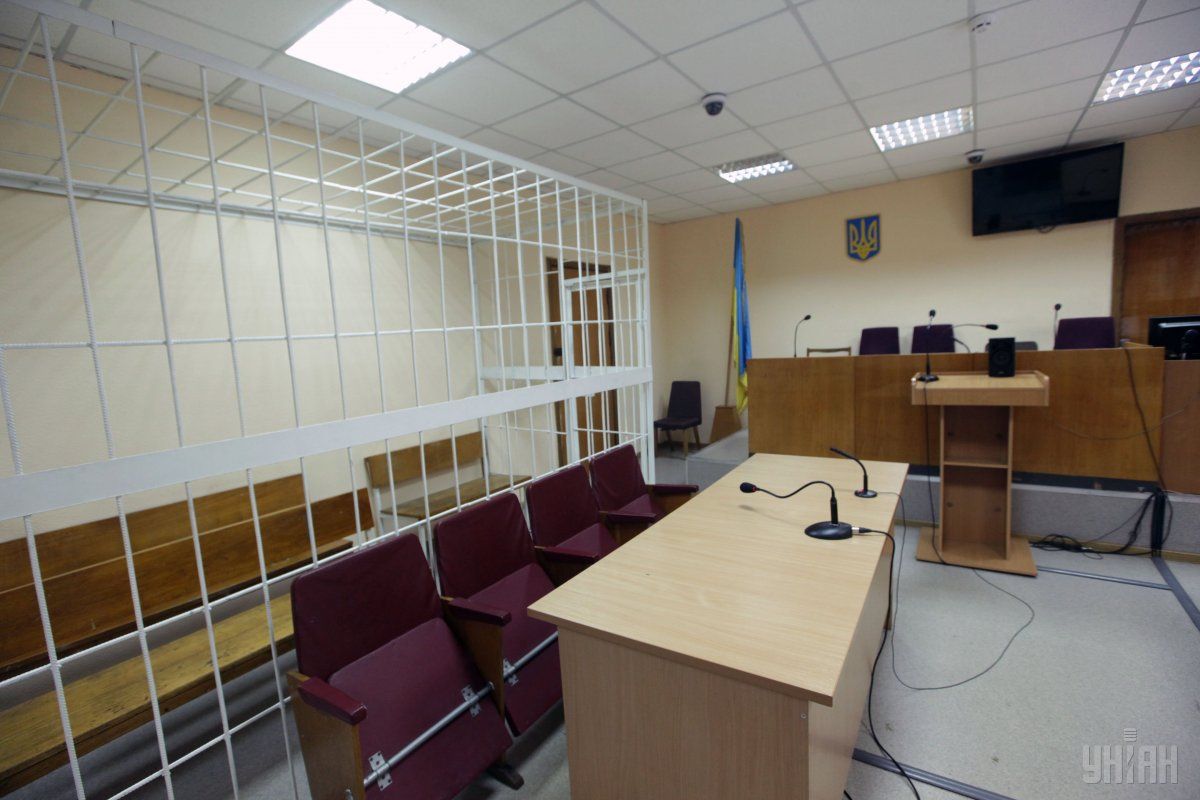 At the same time, another bill on the anti-corruption court was submitted to the Verkhovna Rada by a group of deputies from the Samopomich faction. The draft offered creating the court as a separate body rather than in the form of chambers within the already existing courts. The draft, along with Olekseyev's one, was submitted by Parliament Speaker Andriy Parubiy for a review by the Venice Commission (VC). VC conclusions were not too pleasing as they rejected both bills. At the same time, the VC suggested that Poroshenko submit his own draft law on the Anti-Corruption Court to the Verkhovna Rada. And such a document did surface. It was this bill that the deputies considered last week.

There are several key issues with this bill. First, the norm on the selection of candidates for a new court remains controversial. The draft says that the Supreme Qualification Commission of Judges should do the selection with the help of the Public Council of International Experts. However, the latter will only have the right to advise. In other words, international non-partisan experts are assigned a nominal role in the formation of the Anti-Corruption Court. That contradicts the VC recommendations.

According to Roman Kuybida, deputy head of the board of the Center for Political and Legal Reforms, the right of the Public Council of International Experts to give its negative conclusions about the integrity of certain candidates to the post of a judge without being able to actually form the court structure is fraught with threats. The thing is that the formation of the court must be dealt with by the Higher Qualification Commission, which has already poorly performed during the formation of the Supreme Court. In other words, even if a candidate is rejected by international experts, the Commission may ignore their opinion and push through the selection any candidate the authorities deem loyal.

"The authorities will have the opportunity to monitor the decision of the Anti-Corruption Court through the cassation instance, through controlling the Supreme Court," he said.

The expert believes the solution may lie in the creation of a special anti-corruption chamber in the Supreme Court. Moreover, the selection of judges to the chamber must necessarily be carried out with the participation of international experts. Otherwise, politics will influence judges while the Anti-Corruption Court rulings will be controlled by the authorities. 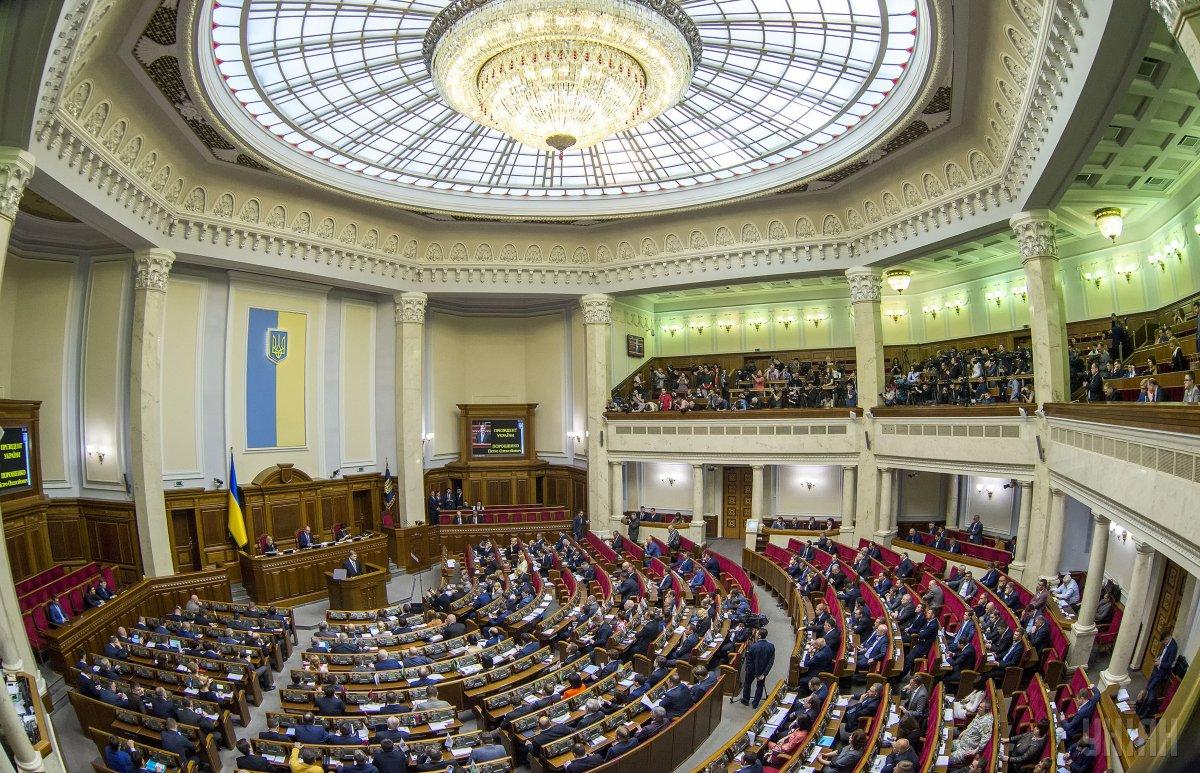 However, the way how hard the voting went for the presidential bill and how its second reading is being delayed shows that there is unfortunately no will among the legislators to resolve these problems.

It was assumed that in the second reading and in general, the bill would be considered before summer, but the draft "wandered about" for months - after the first reading it was transferred from the anti-corruption committee to the committee on legal policy, controlled by the president. Here, the bill had every chance of being "buried" forever (committee meetings to consider the draft law were constantly postponed). Recently, IMF spokesman Jerry Rice said that the adoption of an anti-corruption law with amendments that would ensure its full compliance with the recommendations of the Venice Commission is critically important for the Fund's continued lending to Ukraine. And so, the work on the bill re-started again. According to the committee chair, Ruslan Kniazevych, the bill was endorsed, with the exception of 70 amendments concerning the right of veto of the Council of International Experts on candidates for the posts of judges.

"To adopt the law or at least to make it a compromise, no one needs 2,000 amendments," says political analyst Taras Chornovil. "Of course, making amendments is the lawful right of people's deputies, but they use this right differently. For example, someone may have certain views, which the deputies don't wish to abandon, although this completely contradicts the positions that have already been agreed in advance and will only harm the adoption of the law. But there are also amendments aimed at unbalancing and disorganizing the bill to prevent its adoption."

The expert says, today, basically, the deputies work on delaying the adoption process in various ways. "That is, the law is unlikely to be passed - the process is slow and no one is going to accelerate it. Perhaps, only in June will the version pass which will be coordinated as much as possible with international partners," Chornovil said.

Vitaliy Shabunin, director of the Center for Combating Corruption, echoes the expert: "This is a common practice - amendments were filed a month and a half ago. There is a great will of one person - Petro Poroshenko, as well as his entourage – not to have this court created. And they use all possible levers to this end. For some time they succeeded, but they will have to make a decision. If not now, then at the nearest plenary week, in June. This is the deadline, otherwise there will be no IMF tranche, which could trigger a default as early as in a year."

"The discussion is inevitable, but we still have to pass this law," says Volodymyr Fesenko, director of the Penta Center for Applied Political Studies. "But the credibility of the Anti-Corruption Court will depend on several factors. First, on what this law will be like - if it restricts rights of international experts, this will immediately spark criticism on the part of a share of our public and international organizations. Another point is the court composition. Let's say, the bill will pass, and they will start recruiting judges. But, as practice shows, during the selection process there can be conflicts, as it was with the Supreme Court. And the number of problematic judges is something on which the credibility of the Anti-Corruption Court will also depend. Also, much will depend on the very performance of the court."

Speaker of the Verkhovna Rada, Andriy Parubiy, also confirmed some fears of experts. Closing the latest session week, he drew attention to the fact that without consideration of all amendments to the draft law on the Anti-Corruption Court, the document will not be adopted. So immediately before the vote, the deputies will return to those fundamental amendments, "without which the bill will not be wholesome."