The privatization process in 2014 was neither effective nor advantageous for Ukrainian enterprises, as they say no new, more effective investors. But last year it became perfectly clear that without necessary reforms one should not expect a positive result in the future.

2014 started off much like the previous years in terms of privatization. According to the state budget, less than $20 billion in income was expected to be raised from the sale of government property. But the prospects of raising even this modest sum faded away in the wake of the protests across the country against the Yanukovich regime. In the beginning of February, the chairman of the State Property Fund, Oleksandr Ryabchenko, said that there was a possibility of selling such iconic businesses as the Odesa port plant and Turboatom, though no earlier than December, and only with the government's consent. But by the beginning of March the State Property Fund suspended all privatization auctions on the stock markets. It should be noted that it was earlier scheduled in February and March to sell blocking stakes in a number of power companies, including Donbasenergo, Zakhidenergo and Dniproenergo.

Of course, the country had other issues to deal with, other than privatization, during spring. But traditional post-revolution rhetoric about re-privatization has not been followed by real action. Unlike in 2005, the country didn’t witness any large-scale processes of recovering the state ownership of earlier privatized businesses.

In June, Ryabchenko was removed from office of State Property Fund chairman by parliament. The government appointed the fund’s acting chief, Dmitry Parfenenko, who is no rookie in the privatization field, as he had been earlier appointed to this position in 2008. Parfenenko immediately attempted to demonstrate willingness to make changes in the area of privatization, and was quoted as saying: “There will be no more custom-built tenders, no additional conditions that would limit the participation of certain contestants.”

According to Parfenenko, the State Property Fund was also to ask Ukraine’s Foreign Ministry to inform foreign embassies that Ukraine would put several businesses, attractive for investment, up for sale on on open privatization tenders.

Meanwhile, the Cabinet of Ministers has approved an ambitious list of 164 state businesses planned for sale in 2015. The fund estimates the face value of these shares at UAH 3 billion, and their market value at UAH 15 billion. According to the government’s plans for 2014, the controlling block of shares of the Odesa port plant and also the state shares of some power companies were supposed to be put on sale. According to Parfenenko, 78%  of the shares of Centreenergo and a controlling blocks of shares in Dniproenergo, Donbasenergo and Kyivenergo are to be privatized. It was also planned to sell controlling blocks of shares in Zaporizhyaoblenergo, Mykolaivoblenergo,  and Kharkivoblenergo, a 46% stake in Cherkasyoblenergo, and stakes in some heat energy stations and other businesses.

It seemed that the country was on the verge of another large-scale privatization but… the big sell-off just seems not meant to happen.

The government had high expectations of privatizing the power companies. However, a decision on selling controlling stakes in a number of energy facilities has not been made by the cabinet. Moreover, at the year’s end, the government cancelled auction tenders on the  stock markets to sell blocking stakes in  Dniproenergo and Donbasenergo, and suspended bidding for a 10% stake in Centrenergo.

Actually, the only bids more or less valuable that were left were the blocking stakes in three other regional power companies – Zakarpattyaoblenergo, Vinnytsyaoblenergo and Chernivtsioblenergo.

So, at the end of November, only a 25% stake in Zakarpattyaoblenergo was sold on the stock exchange. Two companies actively participated in bidding, one of them, called Favorite, is associated with Dmitry Firtash, and the other – Business Invest, is associated with the Privat group. A fierce contest propelled the price from UAH 67 million to UAH 255 million. Favorite was the winner. Then, in late November, the company Fondoviy Aktiv won a competition for the purchase of a 25% stake in Vinnytsyaoblenergo. The selling price exceeded the initial bid by UAH 31 million and amounted to UAH 112.7 million. But the last auction in this series - the sale of a 25% stake in Chernivtsioblenergo - was anything but successful. The State Property Fund sold the stake at their starting price - only UAH 36.4 million. Moreover, the buyer was a company associated with Russian Member of Parliament Alexander Babakov!

It is worth mentioning that the head of Chernivtsi Region State Administration has already requested that Ukraine’s top officials assess the legitimacy of this sale.

The privatization of yet another landmark facility has been blocked in 2014 - a minority stake Sumykhimprom was planned to put on sale on one of the country’s stock exchanges. Now, the situation remains tense amid attempts to bankrupt the company.

Thus, the plan for privatization receipts was actually a failure. Out of UAH 17 billion planned to be raised, only 0.35% of the sum was received by the end of October.

And then the Ukrainian government took a traditional step – it reduced the plan for privatization receipts to UAH 363 million. In other words, ridiculous as it may sound, the State Property Fund actually exceeded the revised privatization plan, based on previous earnings and the money received from the sale of the three power companies’ blocking stakes.

Naturally, questions arise: Why did this happen and what can we expect in 2015?

The reasons for failure: questions for the government 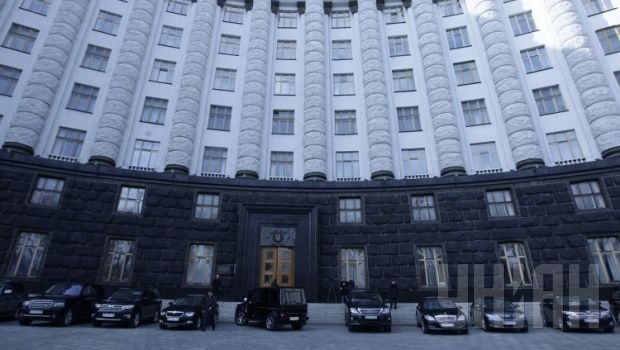 The success of privatization mostly depends on the government / Photo UNIAN

Among the main reasons of privatization failures in 2014 are the country’s difficult macroeconomic situation, the annexation of Crimea and the military conflict in eastern Ukraine. All of this harms Ukraine’s investment image. But it is also the government that has to do everything possible for investors – not only foreign, but national – to understand clearly that the cabinet aims to play by transparent rules, clear to anyone.

As the former head of the State Property Fund Oleksandr Bondar puts it, a legislative ban on the use of the qualifying conditions is needed. They were one tool that for many years allowed unwanted investors to be cut out of the picture. This should give investors a clear signal that Ukraine is changing for the better.

According to the chairman of the Ukrainian Stock Traders Association Serhiy Antonov, potential buyers would like to understand the whole plan, the entire sequence, the terms and conditions of privatization of certain businesses.

“For example, 5% of Odesa port plant is being sold, but when – in how many years, where – on what stock exchange, or even in what country, and on what conditions will the rest of the stakes be sold?” Antonov says.

“Market players have to in some way plan their actions, build their investment strategy. Instead, the market regularly sends rather conflicting and unstable signals.”

More attention should also be paid to the issue of privatization auctions, which have been held in 2014 in the domestic market, on the stock exchanges and which actually yielded the most revenues.

According to the director of the Perspektiva Stock Exchange,  Stanislav Shishkov, despite the fact that the current regulatory framework of the State Property Fund allows electronic bidding, actual auctions are usually held in an obsolete format where the bid needs to be voiced. He stressed that the electronic exchange auctions are seen as more transparent, with different scenarios that contribute to maximize the sale price, prevent corruption, and provide a wide range of potential buyers. 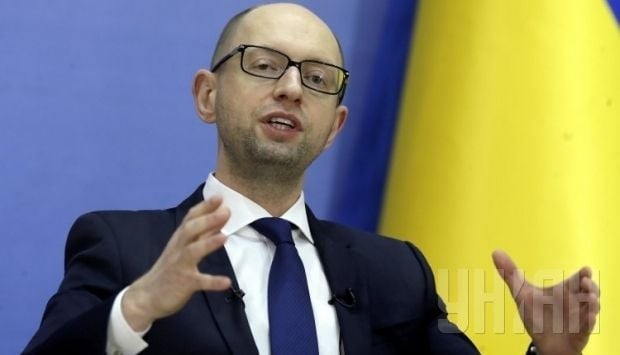 2015 is planned to be a year of great privatization, according to the state budget. Again, the plan for privatization receipts is set at the unattainable level of UAH 17 billion, and the number of businesses planned for sale amounts to 1,200. Experts have different views on whether the plan is realistic.

Alexander Valchyshen, Head of ICU Group analytical department says that successful privatization cannot be executed due to the economic crisis and protracted recession. He estimates that 2015 will be similar to the previous year.

According to a senior analyst for Dragon Capital Denis Sakva, the government has an incentive to execute privatization as transparently as possible and to attract foreign investors. The analyst calls Centreenergo, the only state-owned power company, one of the most proper candidates for sale. But privatizing the company today is highly problematic due to the difficulties with the supply of coal to two of its power plants, which have led to their almost complete stoppage, and the proximity of the third power plant to the combat area. The analyst notes that one should not expect foreign investors to come in such circumstances. Therefore, the main condition for the successful privatization of the company is the end of hostilities in the east and restoring the fuel supply. Preparing the tender itself, maybe introducing foreign consultants, is also an important factor - this will be the main condition for the participation of foreign investors. The expert also underlines that foreign investors may be interested in buying two large regional power distribution companies: Zaorizhyaoblenergo and Kharkivoblenergo. Local businessmen, familiar with local specifics in certain fields, may consider buying smaller businesses. The analyst also mentions that there are several candidates for purchasing the Odesa port plant, while Turboatom is most likely in the range of interests of Russian investors, so the government may postpone its sale.

Sakva finds the UAH 17 billion privatization plan for 2015 realistic but difficult to accomplish.

“While there is ongoing military action, Ukraine’s assets are valued at no more than half their original price. So, most probably, privatization will be suspended until the end of 2015. And it will be very difficult to sell so many businesses effectively in such a short timeframe,” he said.

It should be added that, despite the military factor, successfully introducing reforms, and creating transparent and fair rules for all investors, will play a crucial role. If Ukrainian government succeeds in this, this victory will be as important as that on the battlefield.