A year on from the adoption of the ‘dictatorship laws.’ What happened to the laws, and their authors?

Just over a year ago, on January 16, the Verkhovna Rada of the previous convocation, in violation of all regulations - without discussion, by a show of hands – passed a number of bills dubbed as “dictatorship laws.” Some of today’s MPs justifiably call January 16 a “black day.”

The next day, January 17, despite the EU and the United States, as well as the international non-governmental organizations being concerned that the laws violated the principles of freedom of expression, freedom of assembly and demonstrations, as well as freedom of the media, then President Viktor Yanukovych still signed these controversial documents, provoking an escalation of conflict on Kyiv’s streets between activists of the Euromaidan and the national security forces.

The documents raised the level of punishment for participants in mass protests. The authorities would prosecute not only the protesters, but also opposition MPs, representatives of NGOs, journalists, bloggers and any “unreliable” citizens who posted anything “wrong” on social networks.

Among the most controversial provisions of those laws was, for example, a ban on driving in convoys of more than five vehicles without the interior ministry’s consent. In fact, any participant of a so-called Automaidan movement could be fined UAH 680-850, or be deprived of their driver’s license for 1-2 years with the confiscation of the vehicle. Another regulation relates to the majority of the Maidan activists – a UAH 2,500-4,250 penalty or administrative arrest for up to 15 days for wearing masks, helmets, scarfs or hats that prevented identification, or outfits resembling military uniform during public meetings, rallies and marches. 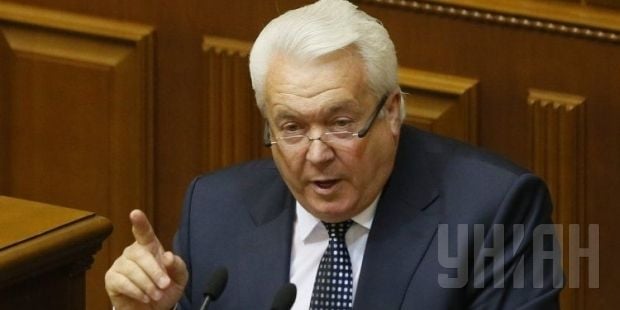 Volodymyr Oleynik at a parliament session. Photo by UNIAN

One could get an up-to-two-years' imprisonment “for libel and extremism,” whatever the authors of the bill – MPs from the Party of Regions Vadim Kolesnichenko and Vladimir Oleynik – meant by those terms. Moreover, the illegal collection, storage and spreading of confidential information on law enforcement officials, their relatives or members of their families could result in the arrest for up to six months; and the same activities with information on judges would  result in a UAH 5,100-8,500 fine or two years in prison.

The lives of opposition MPs also became complicated due to the simplification of the immunity removal procedure.

In addition, criminal proceedings in absence were introduced as amendments to the Criminal Procedure Code

While the international community continued to voice concerns, hundreds of Ukrainians were arrested and injured during clashes with police in Kyiv and other Ukraine’s regions, and there came the first deaths. As a result, in just 12 days – on January 28 – the Verkhovna Rada voted to abolish the “dictatorship laws.”

Who has been punished and how 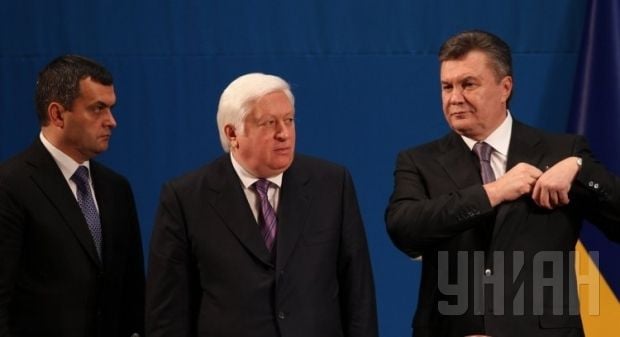 Repealing the laws did not get back the health and lives of many protesters, but it is not surprising that the public demanded punishment for the authors of the “draconian” laws. But this was not an easy task, since many had fled from Ukraine in late February, 2014 – including ex-President Viktor Yanukovych, a number of ex-ministers, and many MPs from the Party of Regions.

Firstly, this is because, according to the Constitution of Ukraine, MPs have the right for a free vote and bear only political responsibility.

“Any MP has the right to initiate anything, even outright stupidity, and he will not be held liable,” independent MP Yuriy Derevyanko told UNIAN.

This political responsibility came in October. According to the analysis of Chesno movement, only 64 out of 127 MPs who voted for “dictatorship laws” were voted into the new parliament in snap elections on October 26. The voters “had their say.”.

And on December 11, 2014, the parliament had its say, too, amending the decree on the appointment of heads, first deputies, deputies, secretaries and members of the parliamentary committees, thus removing from leading positions those who had voted for “dictatorship laws.”

Secondly, the Prosecutor General’s Office has to come into play.

“Formally, those who voted did not break the law, but we all know the opposite side of this...” says MP from the People’s Front Anton Herashchenko.

“I think there are a lot of questions for the Prosecutor’s General’s Office, as it can conduct a full-scale investigation and whether the MPs have committed crime, and then request the parliament to strip them of immunity. And it’s not about revenge, it’s about bearing responsibility for certain decisions.” 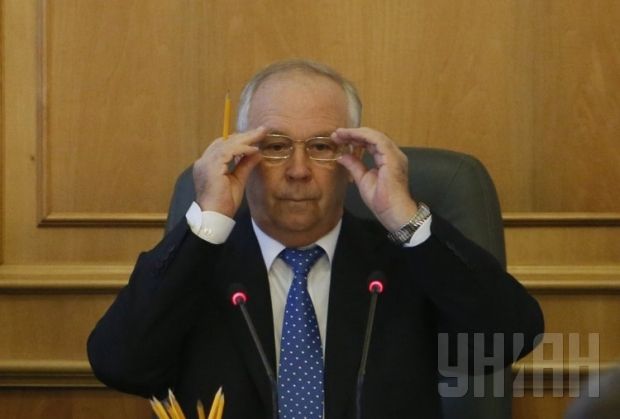 In the meantime, only Volodymyr Rybak, Volodymyr Oleynik and Ihor Kaletnik, at the time the leaders of the Verkhovna Rada and of the parliament’s counting commission respectively, may suffer real punishment for the organization of voting and its rigging.

“There was a falsification of the voting in order to push through the ‘dictatorship laws,’” said Derevyanko.

“[We know who] the organizers of this process [were], so for now, we can only scrutinize the procedure of organizing and holding the vote on January 16, and look for the ones who are guilty. The investigation should indentify everyone involved. As for the punishment for those already deprived of immunity... I don’t see any obstacles for the Prosecutor General’s office.”

Volodymyr Aryev, an MP from the Poroshenko Bloc, added that criminal proceedings against the authors of the laws have already been opened.

“There is no need to discuss why they were not arrested back then,” he said, “All of them had parliamentary immunity at the time, and as soon as it was removed, they fled from Ukraine.”

Thirdly, because there is no real will to punish those who have not fled. Who knows the fate of the sealed voting protocol? It has to be somewhere or someone has destroyed it, but the witnesses, if there were any, remain silent. Rumor has it that not all MPs confirmed their vote with personal signatures on the protocol, despite pressure from the speaker.

In addition, nobody is trying to establish the exact number of MPs who voted. Judging by the photos, they were little more than 170 people, but not 235 (the average number stated in the voting results on each of the laws)...

“The only way to avoid a similar situation is by abolishing parliamentary immunity,” Says MP from Samopomich Yegor Sobolev.

“It so happens that before elections MPs give promises which are then forgotten. This won’t happen whenever immunity is abolished.”

According to Sobolev, the president, the MPs and the judges will only have a vested interest in creating an effective law enforcement system - unbiased judges and prosecutors - when they are deprived of possibility to float above the law themselves.

The fate of the laws’ authors and reincarnation of controversial provisions

Meanwhile, the old system is responsible for searching for the fugitives, though not all of them. To date, the Prosecutor General’s Office has only announced the decision to prosecute Volodymyr Oleynik and Ihor Kaletnik for organizing the illegal voting in the Verkhovna Rada on January 16. According to the Prosecutor General’s Office, it was them who put the voting results in the protocols of the counting commission before the actual vote. Both officials were put on wanted list only on December 5, 2014. The two may have fled to annexed Crimea, though this has not been confirmed. Kaletnik is keeping a low profile, while Oleynyk is keen on criticizing current administration in the media. 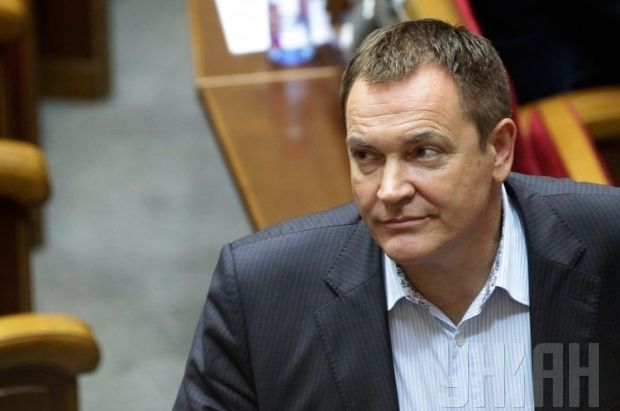 Ex-MP from the Party of Regions and co-author of aforementioned controversial laws Vadim Kolesnichenko openly moved to Sevastopol, Crimea, with his family in March 2014, obtaining Russian citizenship and joining the Russia political party Rodina. However, on September 14, he miserably failed in the pseudo-election in his Crimean constituency, where he had before been continuously elected to the Ukrainian parliament.

We should also note that the idea of the Yanukovych regime supporters to introduce “criminal proceedings in absentia” will now play against them. Almost a year after the adoption of the “draconian” laws, on January 15, 2015, the Verkhovna Rada has voted for bill No. 1767 “On amendments to certain legislative acts of Ukraine regarding the inevitability of punishment for fugitives on temporarily occupied territories of Ukraine or in the area of anti-terrorist operation.”

“Special criminal proceedings” (i.e. criminal proceedings in absentia) can now be applied to suspects  or indicted persons that evade prosecution in the temporarily occupied territories of Ukraine (Crimea), in the area of the Anti-terrorist operation, and who are put on an interstate and/or international wanted list.

The organizers of the January 16 voting fit that description.