Co-chairman of EU-Ukraine Parliamentary Association Committee: Ukraine is a victim of aggression

Andrej Plenković, Head of the European Parliament’s delegation to the EU-Ukraine Parliamentary Association Committee told UNIAN about priorities in cooperation with the Ukrainian government, and challenges for Ukraine in 2015.

The EU-Ukraine Parliamentary Association Committee was established along with the beginning of the provisional implementation of the EU-Ukraine Association Agreement. It provided for enhancing the Ukraine-EU parliamentary ties and setting a clear and ambitious agenda Co-Chairman of the EU-Ukraine Parliamentary Association Committee Andrej Plenković from the Group of the European People's Party (Christian Democrats) told in an interview with UNIAN about priorities for joint work of the Ukrainian Government and the Verkhovna Rada in cooperation with the European Parliament, Ukraine’s key problems and ways for Ukraine to solve them.

What are your expectations regarding Ukraine for the coming year, and your forecast for the further development of relations between Ukraine and the EU, and also between the Verkhovna Rada and the European Parliament?

For Ukraine 2015 should become a year of consolidation of democracy, European reforms and strong political engagement to bring peace and territorial integrity. The most important task is to use peaceful means for the  re-integration of the Donetsk and Luhansk regions preventing further casualties and destruction. I would like to express my deepest condolences to the bereaved families, the Ukrainian people and the Ukrainian authorities in regard with the atrocious terrorist attack in Volnovakha where civilian Ukrainian citizens have been killed.

Another key priority for the new government and the President - is to begin implementation of the Association Agreement with strong support from the EU institutions and member states. The European Parliament and the Verkhovna Rada must play a responsible and constructive role in this process. In the first quarter of 2015, we will hold the first meeting of the EU-Ukraine Parliamentary Association Committee, which is a new inter-parliamentary authority provided under the Association Agreement. It is expected that the committee sets an ambitious agenda to resume inter-parliamentary dialogue between the Verkhovna Rada and the European Parliament. 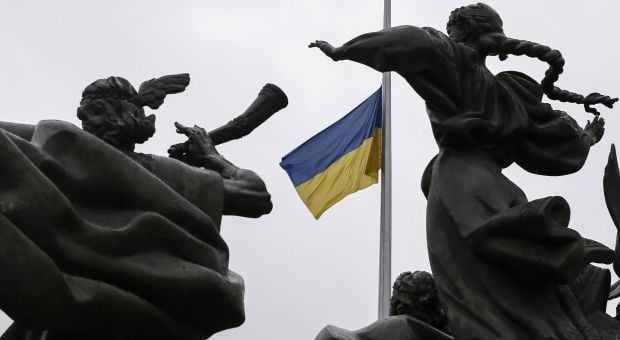 Where do you see the possible challenges?

From a security standpoint, Ukraine is the victim of Russian aggression in the form of an undeclared hybrid war. Russia is manipulating and supporting a minority in order to destabilize the country, occupying part of the Donbas and having illegally annexed the Crimea. Therefore, the most difficult task is to put effort, in collaboration with a number of actors of the international community, into bringing the temporarily occupied territories in the state’s legal and constitutional order.

Despite difficulties created by the illegal annexation of the Crimea and an ongoing fighting in the east [of Ukraine], government must do everything possible to fully implement the Association Agreement. The priorities of the internal reforms agenda should be to enhance economic, legal and social framework. The new government should focus on constitutional and electoral reforms, decentralization, eradicating corruption; introduce judicial and administrative reform; ensure transparency in public procurement, tax system; and reform the energy sector.

What about your own personal efforts for Ukraine?

My personal goal is to build a strong partnership with my colleagues in the newly elected Verkhovna Rada. I would like to use the framework of the EU-Ukraine Association Committee, which I co-chair, as a catalyst to boost political debate in Ukraine on the process of the EU association, and on the issue of the EU as a political project. At the same time, I will do my best to keep Ukraine on the European Parliament’s agenda and to support the [country on its] path to the EU via a secure implementation of key reforms.

Will you and your political group support the proposal of the European Commission to provide Ukraine with an additional EUR 1.8 billion?

On January 8, 2015, the new European Commission proposed a new program of macro-financial aid, which could amount to EUR 1.8 million. This shows the EU’s involvement regarding Ukraine, which requires more financial assistance to overcome [the country’s] dramatic economic and financial problems. The European Parliament will have to approve the proposal, which I personally welcome and support. European People's Party has always been at the forefront of strong solidarity with Ukraine. Our goal is to ensure that Ukraine, despite difficult circumstances, has sound public finances. The EU has provided an unprecedented amount of financial assistance to support the reform process in Ukraine. Terms of supply of macro-financial aid are connected with the successful continuation of the current IMF program in Ukraine, implementation of economic and financial policies, and must be agreed between the EU and Ukraine’s government. In this regard, we believe that the issues of conditions for the implementation of reforms and effective use of financial aid are important in terms of any possible or additional financial support. 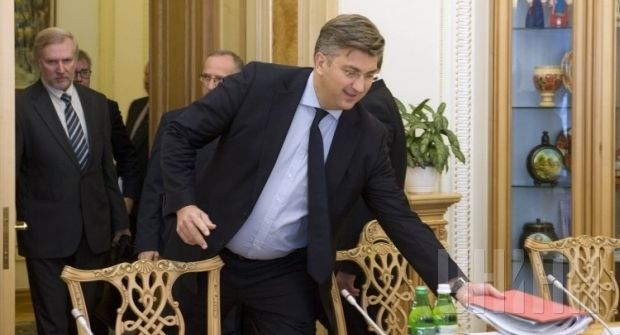 Will you and your group promote a visa free regime for Ukraine?

Moldova was the first country in the Eastern Partnership region to benefit from a visa-free regime with the EU. This was a key result of close relations between the EU and Moldova. In order to benefit from such regime, Ukraine should pursue with the implementation of the Action Plan for the liberalization of the visa regime.

Ukraine has already fulfilled all the tasks agreed for the first phase of the Action Plan and has entered its second phase. I would like to call for the full and effective implementation of the benchmarks for the Action Plan to be carried out as soon as possible. During the first meeting of the Association Council on December 15, 2014, the EU and Ukraine reaffirmed their commitment to the common goal of a visa-free regime, provided that the conditions regarding well-managed and safe movement, which are incorporated in the Action Plan for visa liberalization, are met

My group was a supporter of the liberalization of the visa regime with Ukraine. Freedom of movement is one of the EU’s major achievements. As a citizen of Croatia, a state that joined the EU just recently, I truly understand the importance for Ukrainian citizens to be able to learn about Europe first hand, without administrative barriers. The growing convenience of travel to the EU will bring a proportional change in European sentiment in Ukrainian society.