The week’s milestones: Escalation in the Donbas, a burst of parliamentary activity and frustration in Minsk

Heavily armed separatists continue to storm Ukrainian positions. The Verkhovna Rada finally decided to demonstrate a principled stance. And the collapse of the dialogue in Minsk has a positive side.

The build-up of military equipment and weaponry on the territory of the separatist “republics,” which has lasted for a while, has resulted in an intensification of the fighting. Insurgents and Russian military decided not to wait for spring and tried to encirlce Ukrainian troops near the eastern town of Debaltseve. Information coming from the epicenter of the fighting is fragmented and contradictory, but the separatists have been unable to back up the claims of their successful operations, as loudly advertised in the Russian media. The Ukrainian media machine is still too clumsy and sluggish, sometimes only increasing the panic waves spread by provocateurs in the rear.

A number of members of Ukrainian parliament, backed by tens of thousands of social network users, act online like 21st century Napoleon wannabes. At the same time, it is obvious that the Ukrainian military has not only learned how to fight, but also mastered the methods of battling panic. I think a number of MPs hardly appreciated the statement by Ukraine’s Minister of Defense Stepan Poltorak of the incompatibility of the statuses of MP and of battalion commander, but even in a democratic country there is a key principle in the army - unity of command. Therefore, proposals to form a parallel General Staff are even more harmful than alarmism.

The government has decided to introduce a state of emergency in the Donbas in an asymmetric response to the calls of some politicians to introduce martial law. At least the civilian and military authorities will have more opportunities for cooperation. From February 1, servicemen taking direct part in combat will be paid an extra UAH 1,000 per day, and impressive rewards will be also given for destroying enemy combat vehicles. Such an approach should spur the mobilization process, which had stalled in some regions. It is also worth mentioning that sabotaging the mobilization in Ukraine is on the Kremlin’s to-do list.

The Verkhovna Rada does not remain aloof from what is happening either. In accord with the president, the parliament declared Russia as an “aggressor state”, albeit in the form of a political statement. But the procedure for the recognition of terrorist organizations may acquire real shape in the near future. The exclusion from the lustration process of a number of army generals whose experience may be useful to the country is also equally important. And a group of Ukrainian lawmakers got an “A” grade in PACE, managing to see through the adoption of an appropriate resolution on the humanitarian situation in Ukraine. 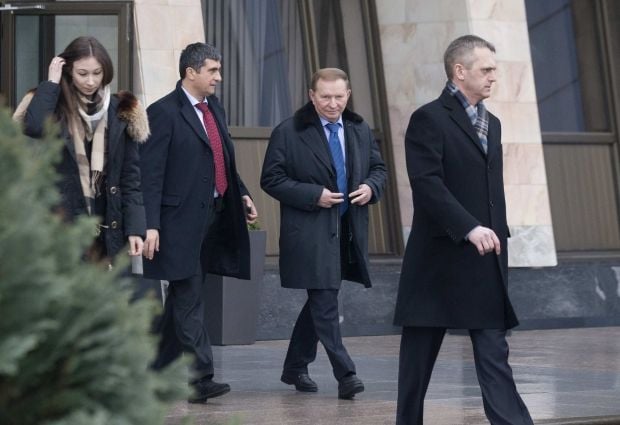 The long-awaited attempt to hold talks in Minsk resulted in zilch. Representatives of the self-proclaimed DNR and LNR [the Donetsk People’s Republic and the Luhansk People’s Republic] arrived in the capital of Belarus presenting an ultimatum to the Ukrainian side that was a non-starter. As a result, the negotiations just did not happen, and even the OSCE admitted that Denis Pushilin and Vladislav Deinego [insurgent leaders] were not ready for dialogue. Apparently, the Minsk format of negotiations seems to have exhausted itself, mostly due to the fact that the self-proclaimed separatist negotiators have discredited themselves.

We cannot ignore another important development. The European Bank for Reconstruction and Development believes that the Ukrainian authorities have only a few months left to implement real reforms. U.S. Ambassador to Ukraine Geoffrey Pyatt echoes the EBRD, showering praises on the staff of the Cabinet of Ministers, but also stressing that real change is needed, not just nice declarations. It seems that it is time for the authorities to learn how to work asa team and introduce unpopular but logical measures, increase the degree of self-sacrifice while not ignoring the need to communicate with their fellow citizens. Today, Ukraine's fate is being decided not only in the battles in the Donbas, it also depends on there being some backbone in the halls of power in Kyiv.