Russia’s near-term prospects of losing the war with the West that the Kremlin unleashed in Ukraine are prompting the closest allies of Russia (Belarus and Kazakhstan) to look for ways not to go down with the sinking giant.

Neither Lukashenko nor Nazarbayev want to die under the rubble of Putin's Russia, especially given the unpredictability of the Russian president and the probability of a hybrid war even on the territories of countries still loyal to Moscow.

The huge managerial experience of Kazakhstan President Nursultan Nazarbayev pushes him to maneuver within the West - China - Russia triangle. It is becoming more and more difficult to accomplish, so the Kazakhstan administration is engaging all its political skills. It is no accident that Nazarbayev nearly succeeded in his proposal to hold a Normandy Four meeting in Astana. But Putin's reluctance to step back on any issues played in favor of Alexander Lukashenko, who eventually received the laurels of “peacemaker.”

In recent years, we have been seeing a growing evidence of shifts in Nazarbayev’s political game. For example, the statements of Kazakh foreign minister Yerlan Idrisov of the country’s desire to complete the process of joining the World Trade Organization as early as this year, as well as to expand cooperation with the European Union. In the wake of harsh sanctions against the Kremlin and strengthening of international isolation of Russia, any hopes for the successful development of the Eurasian Economic Union are futile. According to Idrisov, “Via WTO, Kazakhstan hopes to gain access to an extensive global trading system, to its standards, rules and regulations.” That is, the country expects to play by the global rules, and not to lock itself in voluntary isolation with the creators of the “Russian World.” 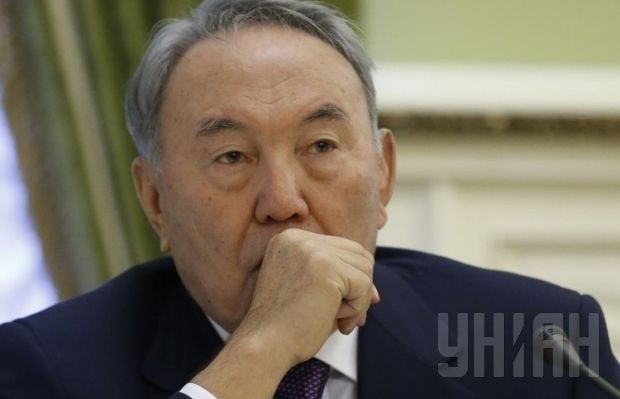 The features of Kazakhstan’s “petronomy” in the wake of a long-term drop of prices for hydrocarbons give the country only one chance – an even greater liberalization of the economy, the consensus of interests of the United States, the EU and China. It is no secret that the share of hydrocarbons is approximately two-thirds of total Kazakhstan’s exports. Accordingly, with no structural internal changes and partial sharing of the toughening isolation of Russia from the global community, Kazakhstan's economic decline will be very serious, as well as its consequences. Russia already has almost nothing to offer to Kazakhstan from an economic point of view, but sluggish trade wars within the Eurasian Economic Union, in fact, bury any future prospects of this union.

The process of Kazakhstan’s political and economic decoupling from Russia has also been increasingly hinted at in public statements from the Kazakh administration. Such statements by Kazakhstan’s top government officials are anything but surprising, since Russia has been increasing its pressure on President Nazarbayev via an extensive “fifth column,” representing the Russian-speaking citizens of Kazakhstan in the country’s north. For example, the deputy chairman of the Assembly of the People of Kazakhstan Anatoly Bashmakov recently proposed to hold snap presidential elections in the near future. Thus, Moscow has shown a willingness to launch a scenario of an early change of power in Kazakhstan without waiting for the next presidential and parliamentary elections scheduled for 2016. President Putin openly stated earlier in a speech that before the collapse of the Soviet Union and Nazarbayev’s presidency, Kazakhstan had no statehood whatsoever. Thus, the two main threats coming from Russia are internal destabilization and provoking mass disorder, as well as the scenario of the annexation of parts of Kazakhstan’s territory by means of a hybrid war. 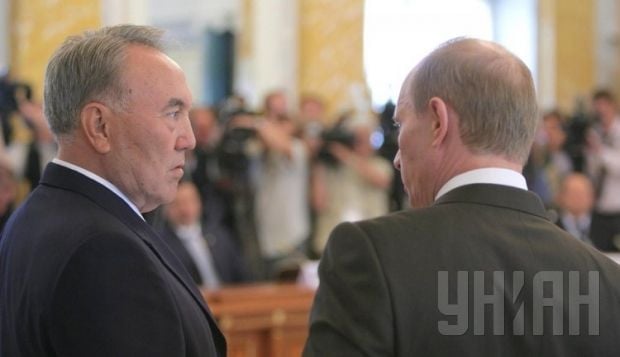 Meanwhile, Astana responds with careful counterstrikes, not engaging in open confrontation with the Kremlin, for example, by airing a video about the nature of the Russian statehood, or by officially banning the “St. George Ribbon” during the celebration of a Victory Day. But it is possible that the jackboot of the Putin regime will make Nazarbayev swim faster and farther away from Russia’s sinking “Titanic.”

Kazakhstan’s administration has already been actively practicing various strokes in this direction. For example, the country plans to complete the process of border delimitation, finishing the demarcation process, including on the border with Russia. Moreover, the sharp deterioration in the economic situation in Russia and the devaluation of the Russian ruble has caused a flood of cheap goods from Russia, painfully affecting local producers. Accordingly, proposals to introduce quotas for a wide range of Russian goods and to restore customs at the border are being voiced in Astana more often now.

Moreover, the Kazakh government is officially launching the process of resettlement of the population of the country’s southern regions to the north in an attempt to somehow dilute a pro-Russian “fifth column.” Also this year, the Kazakhstan administration plans to conduct joint military exercises with the United States named “Steppe Eagle – 2015”, which will be observed by representatives of military headquarters of the NATO member states. Perhaps in doing this, Nazarbayev tries to discourage Putin’s desire to send “polite little green men” to the steppes of Kazakhstan. 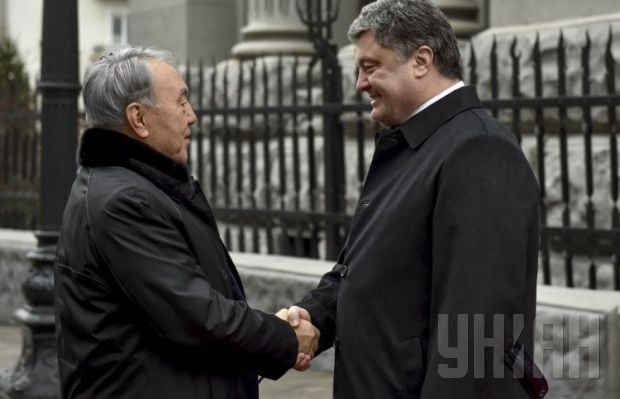 Anyway, it is clear that nobody, including Moscow’s closest allies, believes today in Russia’s reliability as a long-term political and economic ally. Putin's “Titanic” is really going down, and neither Minsk nor Astana want to share its fate. In the near future, Nazarbayev will be showing increasing attention to Ukraine, offering new peace initiatives, as well as humanitarian and economic assistance. Such a step by Nazarbayev may be perceived by the West as a timely and “correct analysis of the situation,” which will give a chance to the Kazakh president to preserve the country's stability in the wake of the beginning of large-scale changes in Russia.