Kerfuffles over the Constitution

March 12 is the deadline for candidates who want to take part in the Constitutional Commission to hand in their applications to the Presidential Administration. The Commission is expected to start its work by the end of this month. But will the Commission be able to draft a quality document, or will it repeat its predecessors’ fates?

No one doubts the fact that Ukraine needs reforms, including constitutional ones. The signing of the Agreement of February 21, 2014 between the former President of Ukraine Viktor Yanukovych and the opposition, who have since come to power, can be conventionally considered the start of a new phase for the Constitution’s improvement. On that day, the Verkhovna Rada adopted a draft law on returning to the Constitution of 2004, and Ukraine again became a parliamentary-presidential republic. The next day, it turned out that Yanukovych had fled, but the process of constitutional amendments after the Parliament’s vote was by no means over.

That is why on March 4 last year, the Verkhovna Rada set up a temporary special commission (TSC) on the preparation of the draft law on Constitutional amendments. But the TSC had failed to draft any amendments by the deadline – April, 15 2014. After a month, on May, 15, there had still been zero results, although deputies submitted nearly a thousand proposals for improving the Constitution.

In the meantime, while members of parliament were searching for a compromise on this issue, snap presidential elections were held in Ukraine. And one of the first legislative initiatives of the new head of state was a draft bill on systemic changes to the Constitution, submitted to the Parliament in June. However, the MPs of the previous convocation never found time to consider the president’s bill. But given the political make up of that parliament, it would not have received enough positive votes anyway.

After snap parliamentary elections in October, the MPs of the Rada’s eighth convocation promised to start comprehensive reforms. Of course, amendments to the Constitution, without which the implementation of sectoral reforms would be virtually impossible, were one of them. But, unfortunately the initial zeal to change the country for better observed in the ranks of the deputies back in autumn had somewhat subsided by the 100-day anniversary of the new Verkhovna Rada. There actually were changes in some specific cases of constitutional inconsistencies, but these amendments cannot be seen as fundamental or systemic.

As a result, the idea to create a Constitutional Commission, which is comprised, in addition to representatives of the parliamentary factions and the Presidential Administration, of independent experts in the field of constitutional law, was proposed by a civic initiative called The Reanimation Package of Reforms. And, although the decision was announced in December 2014, and has been maturing since mid-January, while the formation of the Constitutional Commission was planned to be finished by February 8, only on March 3 did President Poroshenko signed a corresponding decree.

The Constitution of 2015 – a third round of amendments 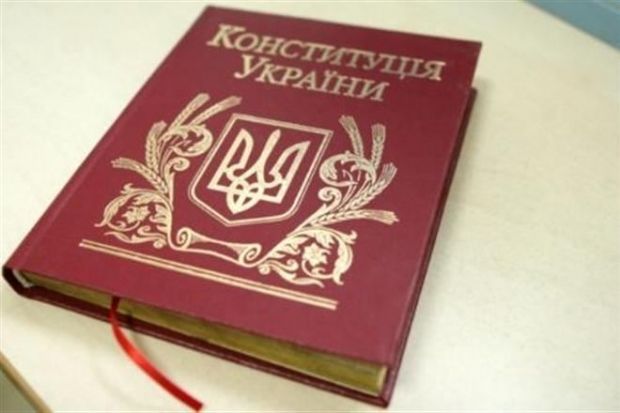 However, this sparked a mixed reaction from society. The first reason for dissatisfaction was the fact that the moves of the current president are not very different from the actions of his two predecessors, who tried to amend the Constitution "in their own favor.”

For instance, Viktor Yushchenko during his presidency created the National Constitutional Council, over which he, himself, presided. He also appointed Marina Stavniychuk, an employee of the presidential secretariat, as secretary of the council... Naturally, the parliament and the expert community met the “pocket” Constitutional Council at dagger point. "The Council will discuss pre-prepared draft (at the time, the Secretariat of the President was developing two drafts of a new Constitution, which suggested two ideologies: a harsh and authoritarian regime and a “Hetmanate”). This was an attempt to circumvent the established procedure for the adoption of amendments to the Constitution,” political analysts complained.

"This would be the Constitution not for Ukraine, but for the president,” members of the Verkhovna Rada said.

When Viktor Yanukovych was elected, Ukraine returned to a presidential-parliamentary form of government under the Constitution of 1996, which significantly expanded the powers of the head of state, but caused a sharp negative reaction in Europe. Still, he also decided to play some democracy and created a Constitutional Assembly. It was supposed to create such amendments to the Constitution that would balance the powers of the branches of government, and strengthen local administrations. But in fact Yanukovych created an illusion of democracy. “He had the Constitution’s draft developed in his favor, way earlier. Portnov, Lukash and Co. were in the working group,” Taras Chornovil, an MP of several convocations of the Verkhovna Rada and a political analyst told UNIAN, “In the end, nobody was interested in the results of the assembly’s work.”

Actually, two things support this opinion. Firstly, the fact that, discussing certain “innovations” proposed by the Yanukovych Administration, the Constitutional Assembly was constantly quarreling, and secondly, the thing that Yanukovych had not forgotten the initiatives of his predecessor regarding a referendum. It was planned that all the necessary amendments to the Constitution would be ready by the end of 2013. And if the parliament balked at adopting them, the law on referendums passed back in 2012 still gave the president the opportunity to approve a new constitution, bypassing the Verkhovna Rada. But the Euromaidan prevented Yanukovich from bringing this plan to life.

It is interesting that after the election of the eighth convocation of the parliament, deputies started to speak of abolishing the law on referendums that allowed the president to amend the Constitution without the approval of the Verkhovna Rada. However, this has still not been done, and this allows one to suspect the current president may be harboring some impure intentions. However, according to Chornovil, establishing the Constitutional Commission could be an obstacle for the head of state had he any desire to “push for a new constitution in his favor.” "Whatever nominees the president picks, the Commission will still be skeptical of the head of state,” Chornovil said. 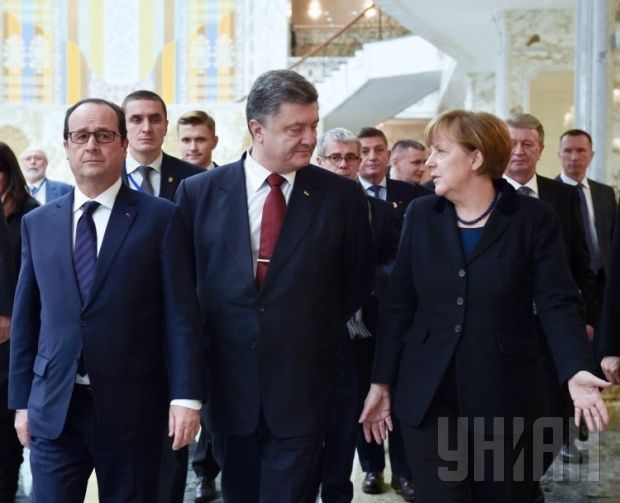 The second cause of people’s discontent became the latest Minsk Agreement signed in mid-February. Among other points, there were demands in the agreement that Ukraine must perform constitutional reform, which should come into force by the end of 2015. Moreover, it was also about the key elements of the country’s constitutional changes: decentralization implemented while taking into account “special circumstances” in the Donbas, as well as the adoption of a permanent law on the special status of certain areas controlled by pro-Russian terrorists in Donetsk and Luhansk regions. And only in this case did the Kremlin promise (via the Moscow-controlled DNR and LNR [self-proclaimed Donetsk People’s Republic and Luhansk People’s Republic] militant organizations) the full restoration of control over Ukrainian border, according to the Minsk-2 agreement.

In this context, it is natural that some Ukrainians saw Poroshenko’s decision on the establishment of the Constitutional Commission as a concession to terrorists. But is it?

Firstly, the implementation of this paragraph of the Minsk Agreement is directly related to the implementation of all the other measures. Therefore, until the Russian-terrorist troops withdraw their heavy weapons and a clear demarcation line is established, there is no way for the dialogue on issues of local elections in the Donbas and the new Constitution to begin. By the way, Speaker Volodymyr Hroisman recently supported this opinion, as he was proposed to preside over the Constitutional Commission by the president, “A process of consultations (on the implementation of constitutional reform - UNIAN) should be joined by legitimately elected authorities, even in the temporarily occupied territories. These are the ones [the officials] whom the people elected in local elections in 2010.” Roughly speaking, the mayor of Donetsk Alexander Lukyanchenko, rather than the self-proclaimed leader of the DNR Alexander Zakharchenko may be involved in the process of amending the Constitution.

Secondly, while still a presidential candidate, in his election program Poroshenko promised a series of reforms that would be impossible without amendments to the Constitution. Unfortunately, those legislative changes, for example, in terms of decentralization (in the 2015 Budget and in the Budget Code), which have already been adopted by the Verkhovna Rada, will allow Ukraine to survive through this year, but do not give answers to what the situation will be in the regions in 2016, especially taking into consideration the upcoming autumn 2015 local elections. According to Chornovil, in the current conditions former representatives of the Party of Regions will do anything to get revenge in the local elections, at least in the southern and eastern Ukraine. “It should be understood if we are ready to give them all the resources in the regions, having implemented full decentralization before local elections? Are we ready to let them be the masters of the already unstable regions?” Chornovil asks.

In anticipation of a long process 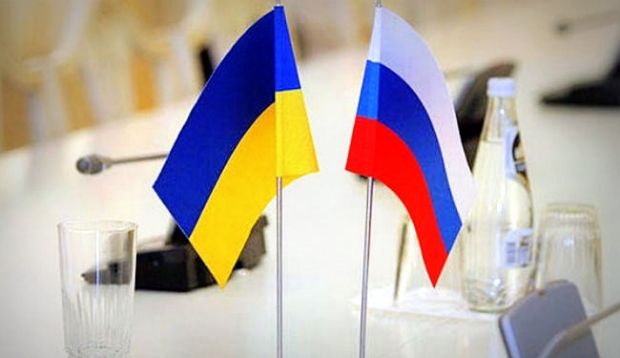 Third, given the abovementioned, the creation of a special commission on developing amendments to the Constitution may just indicate the delaying of the adoption of the new Constitution before the conflict with Russia is resolved, which is intended, but proper in current circumstances. “If this is done for the ‘Normandy format’ negotiators, then I applaud this decision,” said Chornovil, “Thus, Ukraine is telling the rest of the participants in the process: ‘We created the Constitutional Commission, we are working on amendments to the Constitution, which were declared in Minsk, but it is not a quick process.’”

On the other hand, according to Yulia Kyrychenko, an expert on constitutional law for the Centre for Political and Legal Reforms, qualitative changes in the Constitution are not a matter for any hastiness. “If going through full procedure, two sessions of Parliament are needed to be held, and between them –there should be hearings on proposed amendments in the Constitutional Court. Meanwhile, in addition, the drafts may be sent to the Venice Commission. This will only strengthen the developed positions,” Kyrychenko told UNIAN.

As for the actual work of the Constitutional Commission, which, to date, has not yet been formed, then changing the Constitution in less than a year is only possible if several conditions are met. First – there should be no controversies between the members of the commission on previously settled issues - local government (decentralization), judicial reform and the balance of power.

And second - the commission should not be formed on the principle of "most of the politicians are drafting a new Constitution”, but rather on the principle of “mostly professionals are drafting a new Constitution.” “Everything will depend on who is part of the commission and how the work is organized,” said Kyrychenko, “If the commission is formed not by the majority of politicians who, whether we like it or not, have their own interests, but by community members, experts and professionals in constitutional law, then it will be a success. But this requires political will.”

So far, according to the statement of the deputy head of the Presidential Administration Olexiy Filatov, the president has already received nominations from a number of civic initiatives, legal civic associations, Ukrainian universities and several international organizations. Parliament factions are also actively choosing their nominees. “We hope to receive all proposals within deadline set by a decree (March, 12 - UNIAN) so that the Commission could begin its work before the end of this month,” said Filatov.

Anyway, only after the beginning of this work, it will be possible to judge whether the popular parliamentary saying “if you want to bury the idea, create a commission on it” will come true yet another time.