Polish President Bronislaw Komorowski confirmed his reputation as one of the most consistent friends of Ukraine in the European Union. The rapid de-communization of the country’s historical past looks like an attempt to catch up with Central European states.

Poland’s president last week spoke from the dais of the Ukrainian parliament for the first time ever. Bronislaw Komorowski at one time used to be a mediator between the EU and Viktor Yanukovych, and today he continues the dialogue with the new Ukrainian government. He stressed that Poland will do its best for Ukraine, noting that global security is closely interrelated with the security for Ukraine. The Polish leader even publicly argued with the Ambassador of Poland to Ukraine Henryk Litwin, who earlier eliminated the possibility of Ukraine obtaining a visa-free regime with the EU. The broad scope of Komorowski’s announcements may be due to preparations for the presidential elections in Poland, during which the “Ukrainian factor” could become quite significant.

Polish society is a bit confused with the adoption by the Verkhovna Rada of a law that honors fighters for Ukraine’s independence, as not quite politically correct in relation to the Polish president. One must admit that the laws on de-communization of the historical past were adopted under a certain influence from the current political situation. But, albeit a 20-year delay, they do bring our country closer to the common attitude of Central Europe toward the Soviet rule on the “bloodlands”, as Ukraine and adjacent territories were described by historian Timothy Snyder.

Secretary of the National Security Council Oleksandr Turchynov, together with the director of the National Institute for Strategic Studies Volodymyr Horbulin, presented a draft of Ukraine’s National Security Strategy. If it is adopted, the annual cost of the country’s defense and security will be 5% of GDP. Turchynov and Horbulin demonstrated a healthy realism, advocating the creation of a missile shield, but denying any possibility of Ukraine re-obtaining a nuclear status. 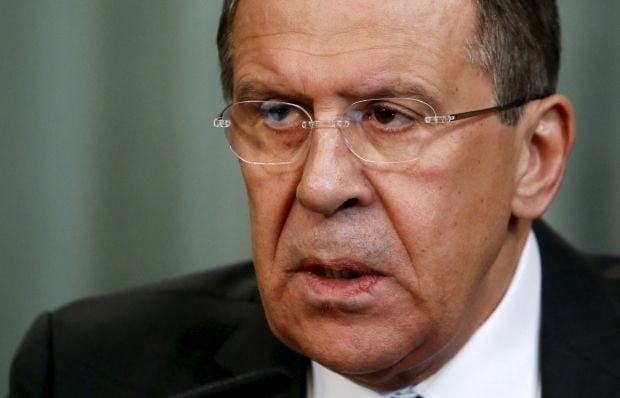 Meanwhile, Russia reacted to the launch of the Constitutional Commission in Ukraine rather predictably: Russian Foreign Minister Sergei Lavrov said that the changes to the Constitution should be coordinated with the “representatives of Donetsk and Luhansk.” It should be noted that Moscow has been shamelessly insisting on its own vision of Ukrainian Constitution almost since the flight of Viktor Yanukovych from Kyiv, “throwing in” requirements for federalization and a “special status” for the Russian language. It wouldn’t be a surprise if Lavrov required that Viktor Yanukovych be declared the legitimate president again.

But Gazprom had to significantly restrain its offensive fervor in the energy sector. Russian President Vladimir Putin and the head of the energy giant Alexei Miller have publicly refused from the forcing Ukraine to implement the rules of the “take or pay” scheme of purchasing natural gas in this year’s second quarter. Interestingly, such a transition in the attitude of Russia and its energy “pressure tool” to a rational position toward Ukraine occurred right after Gazprom suffered financial losses of several billion dollars.