The first ten days of May Ukraine routinely result in anxiety in Ukraine. The “Right Sector” decided to remind us of itself and of its unique status, but the response wasn’t good. Meanwhile, Dmytro Firtash was broadcasting his not-so-fresh secrets from Vienna.

Long gone are the times when early May was associated in Ukraine solely with family BBQs and random garden work. Since the beginning of the conflict in the Donbas, holidays have been causing increased public tension. The actions by Russia-backed militants are the best evidence of this, as any agreements are less valued than the guidance of their Moscow “supervisors.” Even not so particularly observant observers from the OSCE mission have started to report the shelling of Ukrainian positions with the use of the weapons that should have been withdrawn according to the Minsk ceasefire agreements. The resumption of hostilities in the Donetsk and Luhansk regions is seen as possible - the process of transfer of military equipment and putting together militant combat groups with the assistance of Russian military is quite alarming. 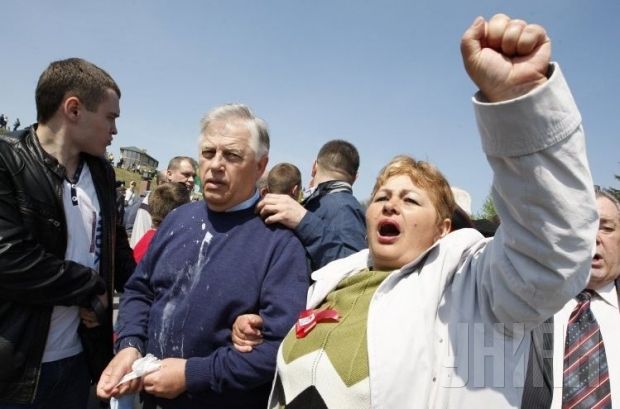 The May 1 celebrations in Ukraine saw no serious incidents. The communists’ speeches were rambling, and the most notable event involved Petro Symonenko [leader of Ukraine’s Communist Party] being soaked in kefir during a rally in the capital Kyiv. The chief of communists seems to have lost his spirits, while not being able to squeeze in any hint of protecting national interests in his political agenda. Odesa marked the anniversary of the tragic events in the House of Trade Unions without undue disruption. But in any case, law enforcement agencies shouldn’t sleep behind the wheel, because public disorder in the country’s capital and large cities perhaps have a greater value than a military offensive, according to the laws of hybrid wars. 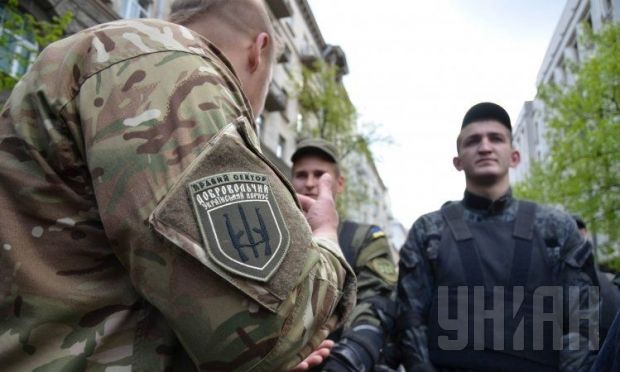 Meanwhile, the Right Sector organization has reminded everyone of its existence and its special status by organizing a protest rally outside the Presidential Administration. The reason – military roadblocks that appeared around the rear base of this volunteer corps. Some activists saw this as an attempt to disarm the combat units. It is worth noting that the negotiations on the issue of the Right Sector joining the units of Ukraine’s Armed Forces or the National Guard have been continuing for quite a while with varying degrees of success. Obviously, volunteer battalions played a crucial role a year ago, during the formation of the Army, but today the unity of command principle in the armed units under the Ukrainian flag is of a military and of international political importance. Right Sector leader Dmitry Yarosh and others, if they claim to have any influence over the military-political force, must be engaged in a dialogue not only with the General Staff, but also within the framework of the organization itself. The incident involving the illegal detention of a group of volunteer medics by a Right Sector unit is unlikely to benefit the organization in terms of mobilizing favorable public opinion. 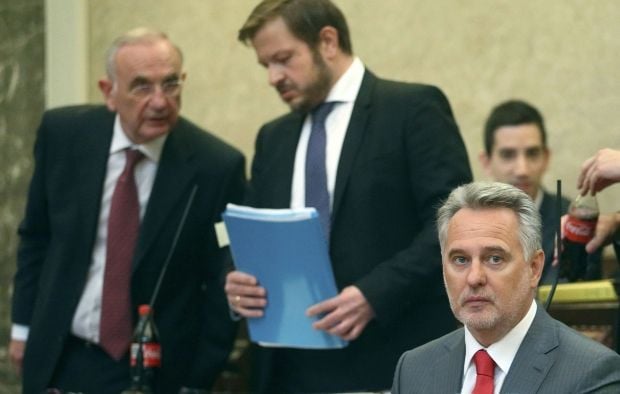 While in Vienna, Dmytro Firtash has proved that not so fresh, but quality packed, secrets still have some value. The first round of his struggle to prevent his extradition to the United States can be considered successful, but a sequel is in the works. The Ukrainian oligarch tried to fit multiple components into his public image: a consistent opponent of Yulia Tymoshenko, a critic of Viktor Yanukovych, a patron of both Petro Poroshenko and Vitali Klitschko, and also Arbiter of the Destiny of the Ukrainians. I think that it’s only modesty and lack of any significant experience in the field of public policy that prevented Dmytro Firtash from mentioning his intimate contacts with the Kremlin and long-term cooperation with Sergei Lyovochkin. Playing a victim of political persecution, Firtash was convincing enough to the Austrian judge, but is unlikely to allow him to victoriously return to Ukraine. That is, of course, in a political sense. At least, Petro Poroshenko has taken action by signing the law “On the Natural Gas Market”. It also seems that the members of the Opposition Bloc tend to be more comfortable with Firtash as some “distant relative” abroad, than with him as a general sponsor interfering with the bloc’s work.