Ukraine’s president has enacted the new Security Strategy of Ukraine, which was recently adopted at a meeting of the National Security and Defense Council. The Kremlin continues its Cold War rhetoric without the slightest hint of any ideology. And the West keeps maneuvering around the issue of resolving the Donbas conflict. 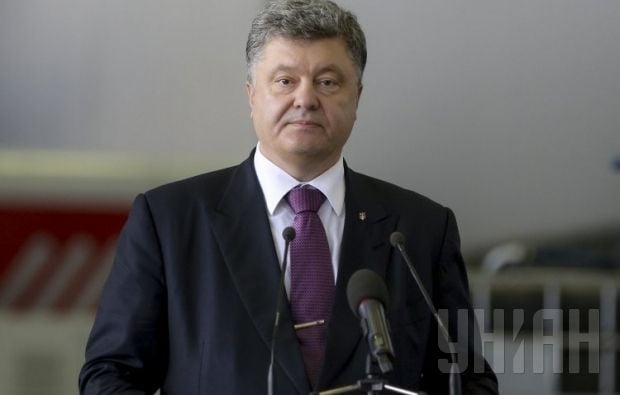 The Security Strategy defines Ukraine’s basic steps in the near future. Among the priorities is the restoration of the country’s territorial integrity, increasing the country's defenses and establishing effective security. Russia is for the first time named as a state threatening our country’s independence, while the prospect of joining NATO is perceived as one of the pillars of national security. At least, Foreign Minister Pavlo Klimkin has already stated that he saw no alternative to Ukraine joining the alliance, and Petro Poroshenko has lashed out at the adherents of the idea of Ukraine’s non-aligned status. However, European and Euro-Atlantic integration is a complex process that cannot be completed overnight.

Interestingly, NATO Secretary General Jens Stoltenberg and U.S. President Barack Obama have both noted the intensification of Russia’s aggressive behavior in the Donbas. Angela Merkel and Francois Hollande, speaking with Vladimir Putin, urged him to implement the Minsk Agreement. I doubt that the Russian president had the courage to tell his partners in the long negotiations in the Belarusian capital that he had not signed this document and its implementation did not apply to him.

Russia continues to pursue the line, already familiar to us, of pushing the occupied territories into Ukraine’s hands but on the Kremlin’s terms. For example, a poker-faced Sergei Lavrov said that direct talks with the representatives of official Kyiv, Donetsk and Luhansk are the key to the settlement of the Donbas crisis. At the same time, Lavrov continues to deny Russian military presence in the region, distorting the objective picture in the east of Ukraine as much as possible.

Taking a closer look, it becomes clear that the Kremlin and the Russian Foreign Ministry have adopted the rhetoric of the Cold War, although Moscow has no economic grounds or ideological doctrine to support such rhetoric today. Therefore, one of the typical Russia’s “hawks” Dmitry Rogozin can allow themselves comments like “tanks do not need visas.” The Russian leadership stood up for corrupt FIFA officials, giving reason to believe that some controversy may exist around Russia’s victorious bid to host the 2018 World Cup. In the past, the Soviet leadership used to flirt in a similar way with Juan Antonio Samaranch, who presided over the International Olympic Committee.

I must say that there has been some transformation in Western rhetoric. The EU continues to insist on the fulfillment of the Minsk Agreement, stressing the need to settle the crisis in Europe’s hottest spot. At the same time, European officials emphasize that Russia’s return to the Big Eight is not on the agenda, and it is unlikely that the situation will change. The US displayed an even tougher official position. Washington says that even if the Minsk Agreement is fulfilled by the Kremlin, the sanctions will still not be cancelled, as the annexed Crimean peninsula, which is now being transformed by Russia into an unsinkable aircraft carrier, remains annexed.

Ukraine also intends to adjust its foreign policy orientation and optimize its tactical tasks. Ukraine’s representative to the EU Kostyantyn Yeliseyev considers necessary the reformatting of the Eastern Partnership and also the reanimation of the GUAM organization, which is chaired by Ukraine.

However, after Mikheil Saakashvili took the post of the chairman of the Odessa Regional State Administration, Kyiv will have difficulties in negotiating with Tbilisi.