The Russian president is in search of himself as a leader of a superpower. The EU and NATO are considering the Russian threat more realistically. And Ukraine gets into difficult negotiations on the restructuring of its national debt.

Vladimir Putin must be diligently trying on the suit of a Soviet-era Communist party chief leading a Cold war with the United States. Otherwise, it’s difficult to interpret his statement about Russia’s new forty intercontinental ballistic missiles capable of overcoming the Missile Defense System. Putin flexes his nuclear muscles, as if to justify his love for being photographed with a naked torso. But these grimaces can hardly deceive anyone familiar with the history of the collapse of the Soviet Union, which not only had significant economic potential, but also a guiding ideology.

However, the West has responded to the initiative of the Kremlin’s master asymmetrically, as expected in a hybrid war. By the way, NATO and the European Commission agreed to counteract Russia’s growing influence, while the elements of a hybrid war were worked out during the NATO military exercises in Poland. So, in several European countries began the arrests of Russian state assets to secure the claim in a Yukos case. The Hague Arbitration Court awarded compensation of $50 billion last year to the former owners of an oil company devastated by the Kremlin, but Russia has been persistent in refusing to pay. Now Sergei Lavrov, as if forgetting about the Russian economy being based on resources, threatens the West with retaliatory seizures of property. It will be interesting to see how quickly the remaining foreign investors flee the Russian market. 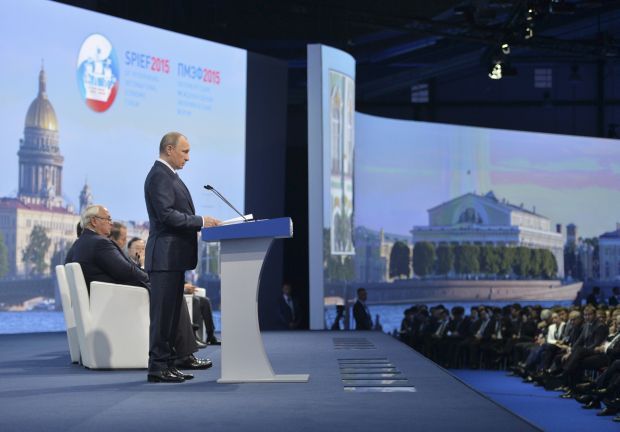 At the International Economic Forum in St. Petersburg, Vladimir Putin stuck to his usual repertoire. He assured that the Russian economy is fine, accused the United States of having excessive geopolitical ambitions, which caused the Ukraine crisis, and again called Russians and Ukrainians one people. It seems like Putin and his team aren’t bothering searching for a new theses to explain what is happening in the Donbas. The locals in the region, as well as Russian citizens, have been intoxicated by the Kremlin’s propaganda, but the West won’t be so fooled. Betting on showing off strength and confidence in the modern world is a mauvais ton, but Moscow seems to not care about such posturing.

Meanwhile, the EU speaks confidently about extending sanctions against Russia by at least six months. In this light, the financial problems of Greece are being overshadowed, as the Old World, along with the United States and Canada, has to restrain the aggressor. It is unlikely that the decision of the U.S. Senate will provide for the actual supplies of lethal defensive weapons to Ukrainian Armed Forces. Today, top of the agenda is the deployment of the U.S. heavy weaponry in the Baltic States and Poland. Interestingly, the U.S. diplomat Victoria Nuland believes that Russia is able to resolve the Donbas conflict in one day. MEP Rebecca Harms complains that Putin has too many friends in the European countries, who for the time being prefer to remain in the shadows. 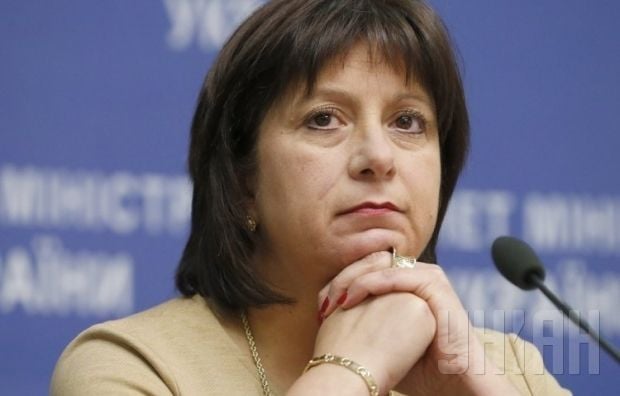 Meanwhile, Ukraine has yet to appoint a whole group of ambassadors to the states that are key for creating a positive attitude toward our country, and it also holds tough negotiations with its creditors. A heavy anchor from the times of Yanukovych and Azarov (over $30 billion worth of foreign borrowing) pulls the country down from its current position as a borrower. Finance Minister Natalia Jaresko has taken a tough stance in the negotiation process, showing that Ukraine has no fears of a possible default, considering its support from the IMF. It is still important to convince the Ukrainian citizens in this matter and to prove that the country is able to push off and back up from the bottom that has been hit.