By its 19th anniversary, the Constitution of the independent Ukraine is seeing its sixth round of amendments. There are dozens of examples of more long-lasting and non-amended fundamental laws in the world. But if one looks more closely, there are also many other Constitutions in the world with even a more dramatic story.

Just a little more than a year ago, some residents of Crimea, believing in the Soviet-imperial uniqueness of the peninsula under the protectorate of the Kremlin, tore their Ukrainian passports and went to vote at a pseudo-referendum so that no one dared to forbid them from speaking Russian. And few of them could cite what the Constitution of Crimea said regarding the language issue.

If they knew it well, they would know that Article 10 of the Constitution of Crimea stated that the Crimean Autonomy "ensures the functioning and development, use and protection of the national language along with Russian, Crimean Tatar and languages of other nationalities." In addition, "Russian as the language of the majority and acceptable for interethnic communication shall be used in all spheres of public life."

Unfortunately, many residents of the peninsula did not even hold the Constitution of Crimea in their hands. Hardly masters of the "green" puppets had bothered to read that document before they decided to help the non-existent "people of Crimea" with self-determination...

This observation is just a little episode that illustrates the fact that ignorance of the law (at least the fundamental one) does not excuse and can carry a greater threat, up to the loss of basic rights through own stupidity and of their own volition. 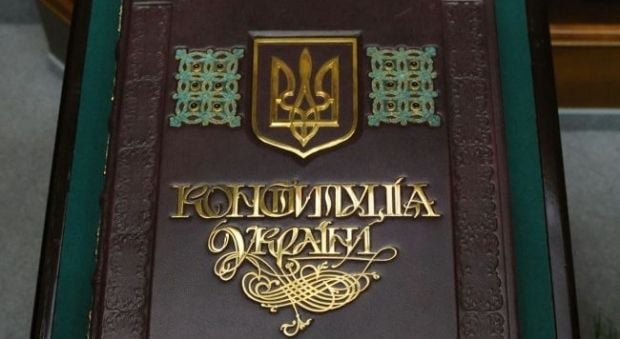 Every Ukrainian president attempted to amend the Constitution / Photo from zn.ua

In fact, the constitutional process in Ukraine has always been a cornerstone of the changes of the political and legal system. After the "parade of sovereignties" in the early '90s, Ukraine was the last of the former Soviet republics that adopted a new Constitution. The Verkhovna Rada (the Ukrainian parliament), the Ukrainian president and the Constitutional Commission were considering 15 drafts of the fundamental law from 1990 to 1996.

Among them, there was a draft proposing a rigid presidential model of governance with a two-chamber parliament. Eighty two MPs of the second convocation were ready to support that idea. But the majority of the parliamentarians did not want to adopt a constitution "tailored for the president."

The final adoption of the Fundamental Law (Article 161 in 15 parts and 14 clauses of the Transitional Provisions) in the night from June 27 to June 28, 1996, lasted for 23 hours. The final vote ended with 321 MPs who voted for and 45 who voted against with 12 who abstained.

After the adoption of the Constitution 19 years ago, all the presidents of the independent Ukraine in different years initiated a campaign to amend it. Two of the attempts (in 2000 and 2009) ended without results, the other two (in 2004 and 2010) led to a radical change in the political system of Ukraine – first the country became a parliamentary-presidential republic, and then it returned to a presidential-parliamentary one. Further constitutional reform initiated by Viktor Yanukovych in 2011 continued until he fled to Russia, and the latest attempt to reshape the Fundamental Law, a sixth in a row, is under way at the suggestion of the incumbent President Petro Poroshenko. 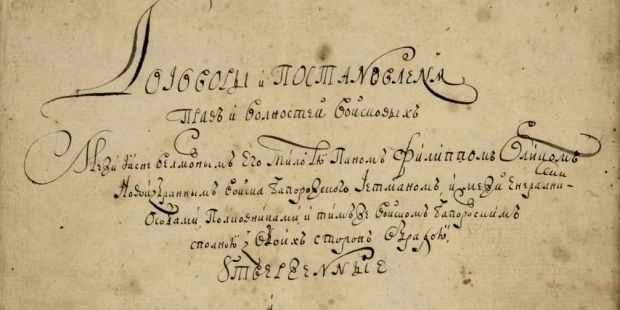 It was 305 years this year since the proclamation of a constitutional document on April 5, 1710, which the Ukrainians know as the Constitution of Pylyp Orlyk. Indeed, this set of general "rights and freedoms of the Zaporizhian Cossack Host," consisting of 16 articles is considered to be virtually the first Constitution in the world. It proclaimed independence from the Russian Empire and the Polish–Lithuanian Commonwealth, determined the territory of the Zaporizhian Cossack Host and defined the rights and duties of citizens and authorities.

In the same century, but a few decades later, there appeared two more documents, which, albeit modified, still exist. These are the Constitution of the United States (1787) and the French Declaration of the Rights of Man and of the Citizen (1789); the latter formed the basis of the Constitution of France. However, despite this, the first Polish Constitution, or the Government Act of May 3, 1791, is considered to be Europe's oldest fundamental law. Yet, it was in effect for a mere a year, as Poland lost its independence and its territory was split between Prussia, Russia, and Austria.

Nowadays, France lives according to the Constitution of 1958, which, since the adoption of the first one, has become the 14th in a row. In fact, the document does not contain a section with human rights and freedoms. Instead, the preamble refers to the Declaration of the Rights of Man and of the Citizen of 1789 and the preamble of the 1945 Constitution, which regulate these issues. 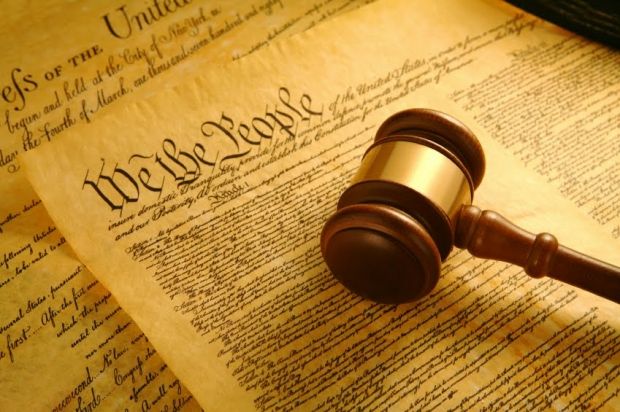 The Constitution of the United States is the most difficult to amend / Photo from zenconomics.com

Over more than 220 years the United States Congress has received several thousand amendments to the U.S. Constitution, as the document is indeed full of anachronisms, but a mere 27 of them have been adopted and have entered into force. In this regard, the Constitution of the United States is considered to be the most difficult to amend, as it can be amended, but the amending procedure is sophisticated. On the other hand, this gives grounds to consider the institutions of the U.S. Constitution as well-considered and sustained.

It's interesting to know that the Google Constitute research project has found that the shortest wording of the Constitution is in Jordan, as it consists of 2,270 words. And the longest one exists in India, having 395 articles, 12 major appendixes and 83 amendments, with more than 140,000 words. It must be said that the EU Constitution could be also considered to be a 'giant' one, as it has more than 400 chapters and more than 60,000 words. The document is unique because it has been written in 20 languages at once. However, the EU Fundamental Law hasn't been finally adopted, as the idea of the European Constitution has failed to gather enough votes in its support. The possibility of entry of this document into force is not being considered now.

Not a single constitution

There are a number of countries in the world that have no single constitutional document. For example, the constitution of the United Kingdom is the sum of laws and principles that make up the body politic of the United Kingdom. It concerns both the relationship between the individual and the state, and the functioning of the legislature, the executive and judiciary.

The fundamental parts of constitutional law in the United Kingdom could be taken to include both Magna Carta of 1215 and the Bill of Rights of 1689, as well as recent court rules. The situation is similar in New Zealand and Canada, where the Constitution is made up of local and British laws and judicial decisions.

In Sweden, the role of the Basic Law is played by four documents, namely the 1810 Act of Succession, the 1949 Freedom of the Press Act, the 1974 Instrument of Government, and the 1991 Fundamental Law on Freedom of Expression.

Nepal is governed by an interim constitution, while Libya and Somalia have formally announced their constitution, but the document itself has yet to be created. For example, Libya in 1977 adopted a declaration to recognize the Koran as its Basic Law. Today, the country has got only a "roadmap," which provides the preparation of the wording of a new Libyan constitution.

At the same time, Somalia's last Fundamental Law before the civil war broke out in 1991 was the Constitution approved at a referendum in 1979. In the mid-2000s, representatives of several dozen armed groups, the interim government and civil society organizations of Somalia signed the Federal Charter of the transitional period, which should form the basis of a new Constitution in that country. 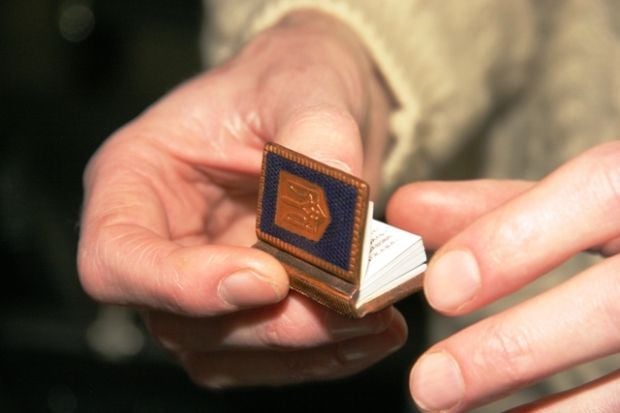 The smallest copy of the Ukrainian Constitution was made by graphic artist Ihor Stepanov. This miniature document has 160 pages, the size of the book is 2 x 3 cm, and its weight is 15 grams. Its binding of natural leather with tiny letterheads was made with love in ... the city of Donetsk.