The Games of Factions

It’s already a tradition to leave most of the important issues to be addressed during the last plenary session of the week. Despite the Speaker of the Verkhovna Rada Volodymyr Groysman promising to make deputies work without a break, it is rather difficult to believe.

The fact that the MPs even failed to gather on an extraordinary session only adds more pessimism. This is not only about the vacation season. To a large extent, it’s about the fact that there was no common position on a number of bills within the coalition.

All the bargaining happens behind closed doors, but here is the official position, voiced by Speaker Volodymyr Groysman: "After additional consultations with the factions, [we] decided to consider all the important issues during the next plenary week, and during this week we will focus on working out agreed positions on all pressing issues of the agenda within the coalition."

Populism for the electorate

Actually, we are talking about some problematic, but necessary, votes. In the failed extraordinary session of the Verkhovna Rada MPs had to consider the bill on local elections, police reform, bills for obtaining new loans from the International Monetary Fund and the World Bank, as well as two government-proposed bills on facilitating the visa regime. Anyway, this is what was discussed at a coalition council on July 7.

At the same time, representatives of the factions comprising the coalition were inconsistent regarding the re-voting for the bill on the restructuring of foreign currency loans, which sparked a huge wave of popular discontent last week. For example, the first deputy head of the Poroshenko Bloc Ihor Kononenko said that a draft resolution on the need to re-consider the notorious bill (formally, due to some facts of non-personal voting) was registered in the Verkhovna Rada, therefore, "in accordance with article of the regulations, the bill, after being considered by a Regulation Committee, shall be put to a re-vote by a speaker." 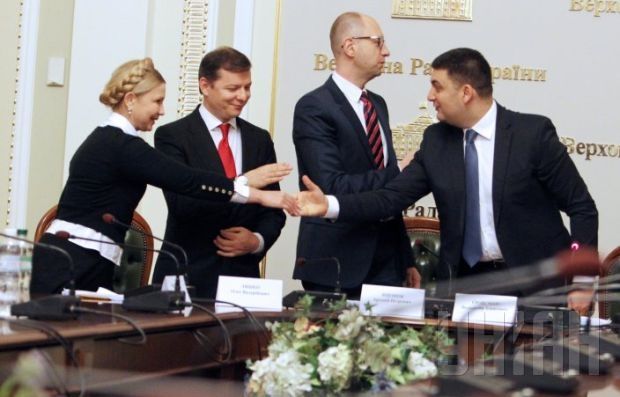 In turn, the head of the Radical Party, Oleh Lyashko, who has been building his political career on a vast range of populist slogans, including those favorable to foreign currency borrowers, said that the issue of the re-vote for the bill on restructuring of foreign currency loans will not be put on the agenda of the extraordinary session, as "there is no common position of the coalition factions." Meaning, the People's Front and the Poroshenko Bloc demand such common position, but the Radical Party, Fatherland (Batkivschina) and Samopomich oppose it.

However, apart from this issue, the bill on local elections remains the biggest stumbling block for the coalition. It seems that the closer the D-Day, the less the deputies are ready to support the amended motion in second reading.

Among the argued issues are the two-round mayor elections, the feasibility of participation in the election race of political blocs, the requirement for political parties to be registered a year prior to the start of the election process, as well as the requirement for the parties to be represented by candidates in two-thirds of the constituencies across the country.

"[We] received a lot of amendments from disgruntled factions. Some factions, which previously agreed with the amendments, start all over again today. And the agreements reached last week just don’t work anymore. The amendments have to be analyzed and considered in the committees, according to Oleksandr Chernenko, MP from the Poroshenko Bloc, a member of the working group on preparation of the said bill.

Actually, the "disgruntled" representatives of the Radical Party, despite speaking of willingness to endorse the bill on local elections, noted after a the meeting of the Coalition Council that it still would be better to exclude electoral blocs from a campaign, the party participating in the elections; any participating party should be registered no later than one year ahead of a campaign, and it should participate in the elections all across the country, rather than be some “smaller-scale project under [some] fiefdoms."

However, Samopomich, which, in a sense, falls under the definition of the "radicals", also voiced its unwillingness to vote for the bill without consideration of their own amendments. Thus, according to head of the faction Oleh Berezyuk, 14 revisions were submitted, seven of which are “fundamental”. Among them are also excluding electoral blocs, prohibiting political advertising and reducing the number of local deputies. "We are not ready to support the bill on [local] elections in a way it is drafted today. But on the other hand, we understand that this may be the [political] technology to stick to the old law," said Berezyuk. 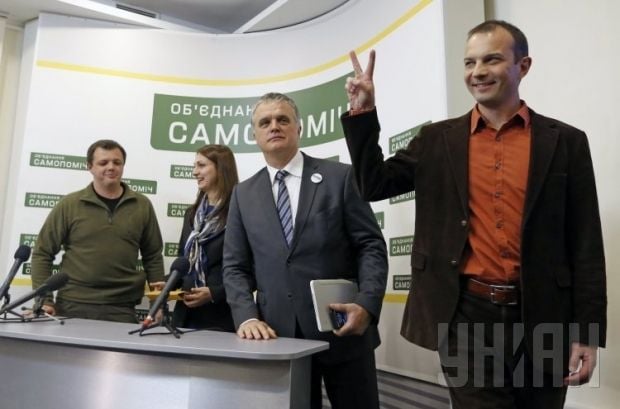 According to the party press service, chief of faction Andriy Sadoviy held a meeting on July 8 with the Ukrainian President and the speaker of the Verkhovna Rada. Berezyuk said that the deputies informed Poroshenko and Groysman of their willingness to vote for a draft law on local elections, but only on the bill with quality improvements.

Unfortunately, there was no way to improve anything, as there was no quorum in a profile committee on Wednesday.

If we want Constitution, we need Coalition

Experts point out that the lack of coordination on the said issues within the coalition calls into question the possibility of the head of state to collect the necessary 300 votes in parliament to support the amended Constitution (regarding power decentralization). 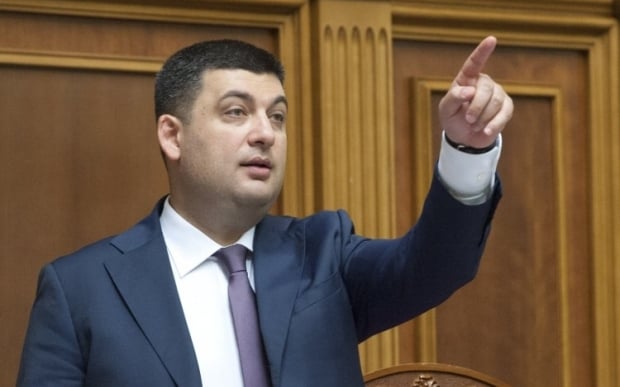 "For the next plenary week, the first voting is scheduled, to direct the bill to the Constitutional Court. In August, according to the plan and the procedure of amending the Constitution, the final draft is to be adopted with 226 votes. And the moment of truth will be in September, when 300 votes need to be collected," said Volodymyr Groysman.

According to the head of the Penta Center for Applied Political Studies Volodymyr Fesenko, the crisis of the coalition, the first seeds of which are coming out today, will be fully visible this autumn. "But this crisis… is likely to occur either during local elections, or rather, after the local elections, when, according to the outcome, some coalition factions will be deciding for themselves how to push the parliament… due to the collapse of the coalition ahead of early parliamentary elections, " said Fesenko.

In turn, head of the Third Sector analytical center, political analyst Andriy Zolotaryov believes that it is too early to talk about parliamentary elections. The coalition may not die any time soon, but there can really be a problem with the necessary number of votes, including for the ambitious presidential amendments to the Constitution this autumn. "Today the Verkhovna Rada is already witnessing a crack in a coalition. It is obvious that a parliamentary majority can linger for some time, but this parliament does not meet the popular needs anymore,” said Zolotaryov, “At the same time, given that today even 226 votes can’t be collected, there really can be a problem with 300 votes [in September]."

According to him, the Presidential Administration has to negotiate and bargain with everybody to ensure effective voting. "But Will the Presidential Administration offer any bonuses that could mend the split, or will it deepen even further? In my opinion, this autumn can be the time when the country’s social and economic problems, and local elections will come together at one point come together… And the rules of the game are still unknown. Such tangle of contradictions will finally break the coalition," he said.

Anyway, it is unlikely that the MPs will find a compromise on all contentious issues before the plenary meetings next week. I hope that, despite all the controversy regarding this or other bills, the deputies do understand the risks and do not fall for starting the session with blocking the parliament’s work.