Ukrainian interest. New Ambassador to US, demonstration in Helsinki, and "closed" Crimean subject

Valeriy Chaly was appointed Ambassador of Ukraine to the United States. The OSCE Parliamentary Assembly has recognized Russian military aggression in the Donbas. Sergei Lavrov believes that the subject of Crimea in international relations is closed. 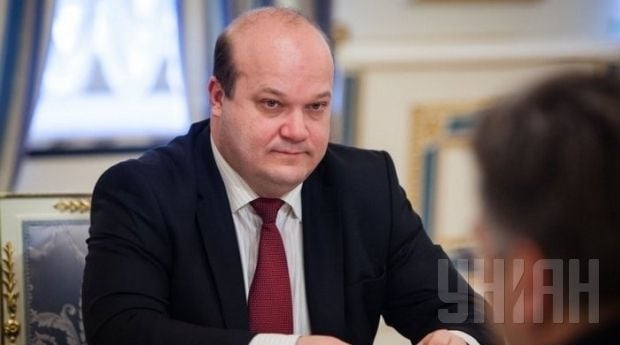 Chaly appointed Ukraine's Ambassador to the US / Photo from UNIAN

The long-awaited appointment of Ukraine’s Ambassador to the US has finally happened as President Poroshenko chose his close ally Valery Chaly, who had taken an active part in molding the country’s foreign policy in the last year. Chaly cannot be called a career diplomat, but he is an experienced analyst. He is to give concrete meaning to the Ukrainian-American relations, which were branded as strategic partnership as early as during the presidency of Leonid Kuchma. Following Chaly’s appointment, his interview was published with him admitting that the European Union is interested in swift implementation of the Minsk agreements and exerts pressure on Ukraine in this regard.

Ukraine seems to drag with large-scale replacement of ambassadors to the key states for our foreign policy,  and this appointment is expected to “break the dam”. Meanwhile, it is naive to lament that the West does not always understand Ukraine’s official line, as the concept of "diplomatic channels" has always been and still is very important.

The meeting of the OSCE Parliamentary Assembly in Helsinki witnessed a highly symbolic event. The Assembly recognized the fact of Russia’s military aggression in Ukraine and accused the Kremlin of the deterioration of the economic situation in our country. Curiously, the Speaker of the State Duma Sergei Naryshkin along with the whole Russian delegation refused to participate in the meeting. Although there are many unpleasant questions considering the effectiveness of the OSCE special monitoring mission in the Donbas, the resolution of the OSCE Parliamentary Assembly is an element of change in the international position in relation to Russia and its behavior.

However, the Kremlin has been persistently ignoring the signals, showing absolute confidence in its own position. On the sidelines of the Shanghai Cooperation Organization summit held in Ufa, Russian Foreign Minister Sergei Lavrov expressed confidence that the subject of Crimea in international relations is “closed”. Top Russian diplomat chose not to explain, how it happened that the international sanctions against Russia were upheld. Vladimir Putin came to Lavrov’s rescue, expressing his viewpoint that that the term "sanctions" should no longer be heard around the world. Continuing to push his line, the Russian president was quite instructive in being surprised with the absence of direct dialogue between the militant leaders and the official Kyiv.

Russia reminds of a card cheater in the issues of Donbas crisis settlement, as it constantly swindles its cards. Publicly advocating a peaceful settlement, Moscow continues to supply military equipment to the territory militants in the breakaway regions. Persistent protests of the Russian diplomats against setting up an international MH17 also do not have a rational explanation. The protests come despite the fact that the Kremlin has denied any involvement in downing the passenger plane, and there were no Russian citizens onboard. Is someone’s guilty conscience speaking?

Another significant fact: Turkmenistan blamed Russia’s Gazprom in the non-payment for natural gas. The accusation of this kind was impossible to imagine just a few years ago, but the Central Asian countries seem to have a fine sense of the regional geopolitical shifts. Therefore, Ashgabat delivered yet another blow to Russia's energy monopoly.