5 states insist on establishing a MH17 tribunal, it took 9 years, 5 months and 25 days for the New Horizons spacecraft to reach Pluto, 36,000 troops will take part in NATO’s land, air, and sea military exercises.

Zero licenses for amber production will be valid in Ukraine this year, as the Ecology Ministry is revoking all licenses issued in 2015 and will attempt to work out a transparent mechanism of amber production and its sale, along with the parliament.

3 criminal proceedings - the creation of a criminal organization, a terrorist act, and the abuse of power and official authority were opened by the prosecutor's office following a Mukacheve shootout on July 11.

5 states - Australia, Belgium, Malaysia, the Netherlands, and Ukraine - requested the UN Security Council to establish an independent international criminal tribunal to hear the case on the fact of the crash of a Malaysia Airlines passenger jet over the territory of Ukraine on July 17, 2014 resulting in deaths of all 298 people onboard, according to Ukraine’s Permanent Representative to the United Nations. Russia has been firmly opposing the establishment of such tribunal.

5 laws have been adopted by the Verkhovna Rada of Ukraine to secure a second tranche of an IMF loan worth $1.7 billion, $1 billion loan from the World Bank, $300 million from Japan, and $200 million from Germany,.

Head of Zaporizhya regional council Viktor Mezheyko was convicted to 5-years’ imprisonment with a 3-year probation period, and disqualification to hold certain positions for a period of 3 years, for the dispersal of local EuroMaidan protests in January 2014, according to the Zaporizhya regional prosecutor's office.

It took the New Horizons spacecraft 9 years, 5 months and 25 days to reach the distant Pluto. Now the spacecraft will be making and sending loads of pictures of Pluto, Charon, and other objects in the Kuiper Belt at the periphery of the solar system. The New Horizons mission is planned to last for 15-17 years. 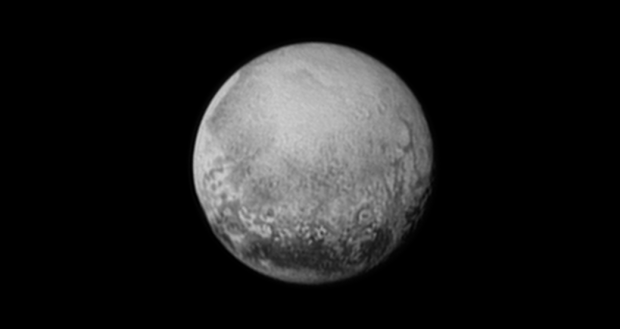 23 Russian soldiers were killed in a tragic collapse of the barracks of the 242nd Airborne training center in Omsk, according to Russia’s Defense Ministry. The ministry reported that all bodies were removed from under the rubble.

25 years have passed since the proclamation of the Declaration of State Sovereignty of Ukraine - a historical document, a predecessor of the 1991 Act of Independence of Ukraine.

The illegally captured Ukrainian fighter pilot and MP Nadia Savchenko faces 25 years in Russian prison. Her criminal case was forwarded to a court in the Rostov region, according to the Prosecutor General of the Russian Federation.

31 out of 237 police officers in Mykolaiv region failed their re-certification and were recognized unsuitable for office, according to the local traffic police. The members of the Certification Commission assessed physical fitness, knowledge of traffic rules, laws and regulations, as well as the police officers’ shooting skills.

Dynamo Kyiv coach Serhii Rebrov ranked 33 in the Top list of the world’s best coaches, according to the 2015 edition of the UK-based FourFourTwo, the Ukrainian media reported.

64 ATO participants - 60 soldiers of the Armed Forces of Ukraine and four employees of the Interior Ministry - were awarded state awards posthumously, according to a Presidential decree.

100 Ukrainian citizens were detained by Russian border guards "for reasons unclear", according to the Ukrainian Embassy in Moscow. According to diplomats, Russian officials detained 20 vans at the Russia-Belarus border with over 100 Ukrainians. Extradition papers are being prepared. 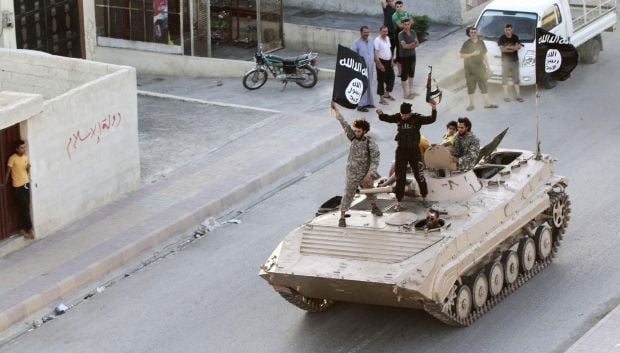 257 out of 320 lawmakers registered at the session hall supported in the second reading the new bill on local elections. The elections are to be held on October 25, 2015, but will exclude some parts of Donetsk and Luhansk regions, which are not controlled by Ukrainian authorities, and also the territory of Russian-annexed Crimea.

431 people have been arrested by Saudi police on suspicion of plotting attacks on mosques, according to local authorities. The police believe that the detainees may be members of the so-called Islamic State.

Russian border guards moved the banners stating "The State Border of South Ossetia” 450 meters into the Georgian territory, thus occupying it, according to Georgia’s official protest issued to Russia. According to the document, the core of the problem is the fact that, due to these actions, a section of the Baku-Supsa oil pipeline, owned by BP, with a daily capacity of 100 thousand barrels, formally fell under control of South Ossetia.

There are 34,000 armed militants in the occupied territories of Donbas, according to the Ministry of Defense of Ukraine. The ministry pointed out that these armed groups are becoming more like a real army, under strict supervision from Moscow.

36,000 troops from over 30 countries are to take part in NATO’s land, air, and sea military exercises, the biggest in 13 years, according to the foreign media. The exercises will be held in October-November in the territory of Italy, Spain, and Portugal, in the adjacent waters, and in the countries’ airspace.

266,000 missiles and munitions have been delivered to the Armed Forces of Ukraine from the beginning of this year, according to the Defense Ministry. The ministry reported that the Ukrainian army continues to receive new and also modernized weapons and military equipment from the state-owned enterprises of the country’s defense industry. 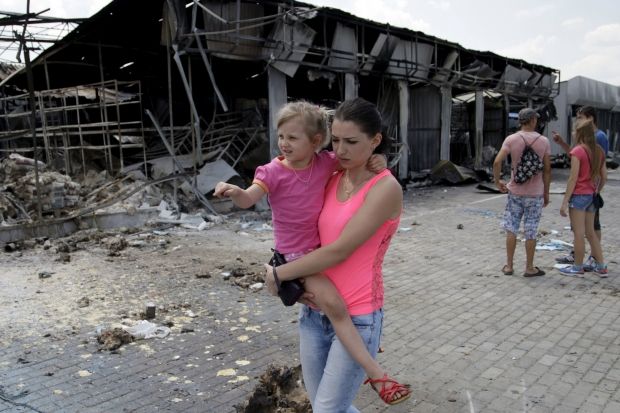 1.3 million people in eastern Ukraine faced a shortage of clean drinking water, according to UNICEF, following the damage to the water supply as a result of military conflict.

Ex-Minister of Justice Oleksandr Lavrynovych is accused by Ukraine’s Prosecutor General’s Office of a UAH 8.5 million embezzlement, according to the PGO. A former senior official is now officially suspected of committing a crime under Part 5 of Article 191 of the Criminal Code of Ukraine.

22 million people in Russia remain under the poverty line, according to Russia’s Vice-Prime Minister Olga Golodets. Earlier, the Federal state statistics service reported that the number of Russians with incomes below the subsistence minimum increased by 3.1 million in the first quarter of 2015, compared to the previous year and amounted to 22.9 million.

Family members of 19 victims of a MH17 crash demand a $900 million compensation from the leaders of the breakaway self-styled Donetsk People’s Republic, foreign media reported. In particular, the families of the victims demand compensation from the former self-proclaimed "Minister of Defense" of the DPR Igor Girkin (aka Strelkov).

Ukrainian railways and motor transport sustained UAH 5.5 billion losses as a result of the destruction of Donbas infrastructure by the Russian-separatist forces, according to Ukraine’s Defense Ministry. Meanwhile, worsening of the economic situation in the region is being used by the Kremlin in order to discredit Ukrainian authorities.