Four Ukraine’s regional custom’s offices may be handed over under foreign management’s control shortly, at leat 200 Ukrainian citizens are being held captive by Russian proxies, 3,820 trucks have been sent for the past year from Russia to Donbas within 33 humanitarian convoys, Ukraine received EUR 600 million of macro-financial aid.

4 customs offices – in Zakarpattia, Lviv, Volyn and Chernivtsi regions are to be shortly transferred by the Ukrainian government under control of an independent British company.

6 European countries appeared in the list of the top 10 world’s safest states, according to Global Peace Index. Iceland tops the list, due to the low level of militarization, lack of domestic conflicts and non-participation in any external conflicts. Syria is on the 162nd place, being called the world’s most dangerous country. Ukraine holds the 150th position, while Russia is the 152nd.

15 members of the UN Security Council unanimously adopted a resolution in support of the deal on the Iranian nuclear program, agreeing on a procedure of lifting the sanctions against Iran.

15 judges are being suspected of deliberately issuing wrongful rulings, according to Ukraine’s Prosecutor General’s Office. The PGO reports that indictments against 8 judges have been submitted to court.

32 people were killed and over a 100 injured in a suicide bombing in the Turkish city of Suruç bordering with Syria, foreign media reported. Turkish authorities believe that the terrorist attack has been carried out by a bomber from an Islamic State extremist group. 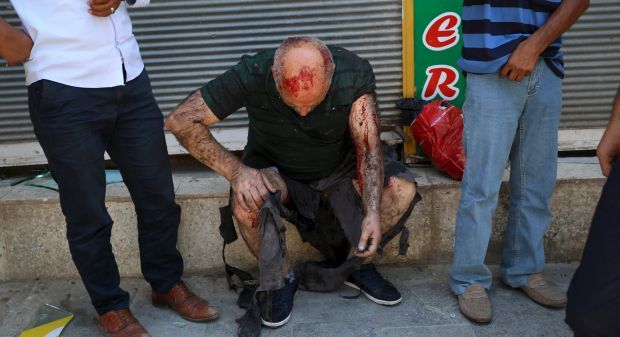 42 forest fires were recorded in Russia’s Far East, according to the regional department of forestry. Moreover, 8 fires are raging in Yakutia, 3 – in Magadan Region, and 1 – in Khabarovsk region and also in Chukotka. Over 760 firefighters and nearly 100 firefighting vehicles are involved in extinguishing the fires.

200 Ukrainians are being held captive by the militants, said Yury Tandyt, adviser to the head of the Security Service of Ukraine (SBU). There are about 60 civilians among them, the rest are the Ukrainian Army soldiers and troops from the volunteer battalions, as well as from the National Guard. In turn, the president’s envoy on the peaceful settlement of the situation in Donetsk and Luhansk regions, MP Irina Gerashchenko noted that over 250 Ukrainians remain in militant captivity.

Russian-backed militants have not permitted entry of 16 truckswith 255 tonnes of humanitarian aid from the International Committee of the Red Cross for the residents of Donetsk region, to the territory under their control, according to the State Border Service of Ukraine.

634 people drowned in Ukraine in 2015, according to the State Service for Emergency Situations. In the same period in 2014, 844 people have drowned across the country.

The wage of a regional prosecutor should amount to $2,500, said Deputy Prosecutor General of Ukraine Davit Sakvarelidze. Meanwhile, their salary does not exceed approximately UAH 6,000.

The amount of positions in the PGO of Ukraine has been cut by 3,000 – down to almost 15,000, following the entry into force of the new Law "On Prosecutor's Office", according to Prosecutor General Viktor Shokin.

3,820 Russian trucks have crossed into Ukraine in 33 so-called "humanitarian convoys" in 2015, according to the State Border Service of Ukraine. However, only 34 trucks of the first convoy have been checked in accordance with international and Ukrainian standards in the first convoy in August 2014. 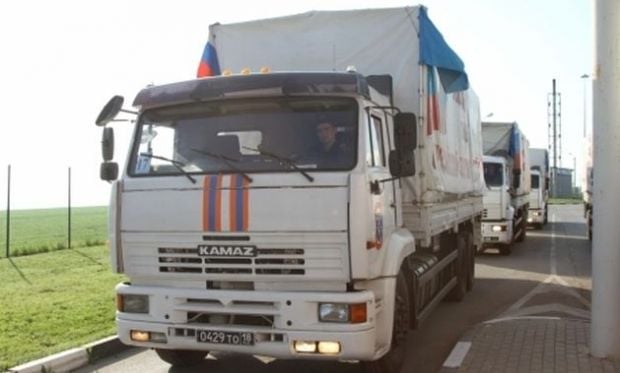 Toll payments will be introduced on 7,000 km of roads in Kazakhstan, according to foreign media. According to the state program of development and integration, the fare mostly targets freight transport. The volume of cargo flow through the country’s territory is expected to rise from 17 million to 30 million tonnes by 2020, according to projections.

$130,000 in cash, along with computer equipment, allegedly used for interference in the system of education quality evaluation, were confiscated during the search at the premises of the officials from the Ukrainian Center for Educational Quality Assessment, according to the PGO. In turn, the Ministry of Education called the searches "suspicious" and reported that their outcome was the seizure of pens, cups, computers, phones, and UAH 5,000 in cash.

UAH 110 million, supposed to be transferred to "MACO-Trading" LLC, which is owned by the elder son of ousted ex-president Yanukovich, have been blocked in the State Treasury Service of Ukraine by the SBU, according to the report of the SBU press service.

UAH 12 billion should be provided from the state budget for the planned indexation of salaries and pensions, said Prime Minister Arseniy Yatsenyuk. According to him, these funds can be obtained due to measures on deshadowing the economy, the increase of revenue derived from customs offices, as well as the elimination of tax loopholes and prevention of “VAT-laundering".