Not only has Ukraine approved constitutional amendments in the first reading, but it has also passed a new military doctrine, defining Russia as military adversary. Vladimir Putin does not like how the Ukrainian government amends the Constitution without the consent of the "representatives of Donetsk and Luhansk." The problem of African refugees is reaching a pan-European scale, and Ukraine also has to think of its move on this issue.

A fragile cease-fire has established in eastern Ukraine. It is still unclear, whether it will lead to to a more complete implementation of the Minsk Agreements. Ukraine is fulfilling its obligations, although without excessive enthusiasm. For the balance, the National Security and Defense Council of Ukraine adopted a new Military Doctrine defining Russia as a military adversary, while integration into NATO becomes one of the country’s main objectives. Of course, it will be a long and challenging path for our country and its armed forces, but it is still a breakthrough. Just couple of years ago, nobody would have dared to even imagine such phrasing in Ukraine’s major strategic military legislative act.

In the past week, Vladimir Putin criticized the implementation of the Minsk Agreement by Ukraine. He was traditionally outraged with the fact that Kyiv was amending the Basic Law without the consent of representatives of Donetsk and Luhansk, while the amendments essentially change nothing in the structure of the Ukrainian government. The Russian president branded the current situation in our country as a “mess” and abstained from reiterating the idea that Russians and Ukrainians are one nation. 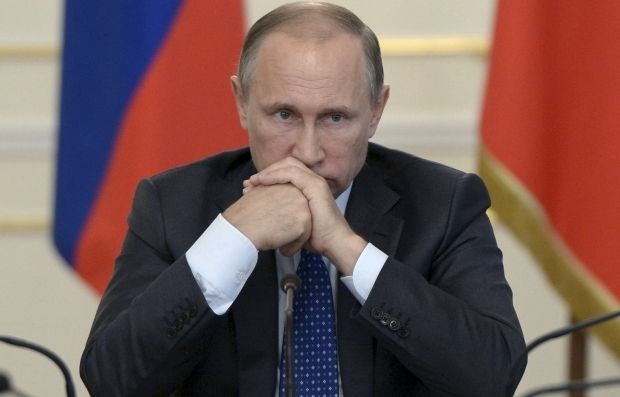 The tone of Putin’s public statements suggests that the Donbas developments are not in full compliance with Russian plans. Apparently, the Kremlin intended to solve the problem as quickly as possible, but faced Ukraine’s resistance. Moscow makes no secret of its desire to return the occupied areas of Donbas to Ukraine, with the bonus of being able to influence the formation of internal policy. As it does not seem to be happening, some moves of the Russian authority fall beyond common sense: Russia’s Investigative Committee issued a statement on the distribution of its universal jurisdiction to the south-eastern parts of Ukraine.

In his latest speech, Putin outlined another problem that may soon become relevant for Ukraine. It is about the wave of refugees from Africa and the Middle East hitting the European Union. The Russian president believes that Europe itself has created a problem, listening a bit too closely to Washington’s wishes. Ukraine should be ready  to form its own position on the issue of refugees, although their movement through our territory today looks like a narrow trickle compared to the Mediterranean direction.

EU is interested in ratification, and it has mechanisms to influence its members / ZN.UA

Ukraine’s Foreign Minister Pavlo Klimkin said that only two EU members have not yet ratified the the Ukraine-EU Association Agreement: Greece and Cyprus. Since self-esteem is an important component of their national policy, we should engage in dialogue with these states with utmost attention. We should not forget that the EU is also interested in ratification, and it has mechanisms to influence its member states.