Week’s milestones. Amendments with developments, coalition with problems, and prosecutors with announcements

The struggle for constitutional amendments in the first reading has resulted in casualties. The first faction has left the parliamentary coalition, and this has affected the work of the "European Ukraine" majority. Viktor Shokin pledged the MPs who broke the law will face trouble, while Davit Sakvarelidze started selection of personnel for the prosecutor's office.

Ukrainian politicians have learned well to imitate political activity, but they still fail to acknowledge responsibility for their actions. The vote for Constitutional amendments on August 31 had tragic consequences, but not of a legislative nature: it resulted in casualties right outside the Parliament building when the grenade killed three national guardsmen. Interior Minister Arsen Avakov hastened to accuse representatives of Svoboda party of committing this crime, as they were the most active participants of mass protests outside Rada.

Petro Poroshenko considers that the guilt is on oligarchs and several politicians, whom he chose not to name.

Meanwhile, the public needs a transparent investigation rather than loud statements and attempts to tighten controls under the most plausible pretext. It would also be great if politicians who spit out accusations became more responsible.

However, it is too early to talk about the amendments as of something that has already been accomplished. It is much fairer to say that there is only one step left until the Constitution is finally changed. There is no guarantee that the parliament will consolidate the needed 300 votes by the year end, even more so - if the government fails to explain the meaning of these amendments clearly and accurately. The President states that the final vote depends on Russia’s fulfillment of the Minsk Agreement and the Donbas conflict developments. Current tranquility along the line of confrontation does gives hope, but it still does not equal the imminent achievement of peace and the end of Putin's pressure on Ukraine. 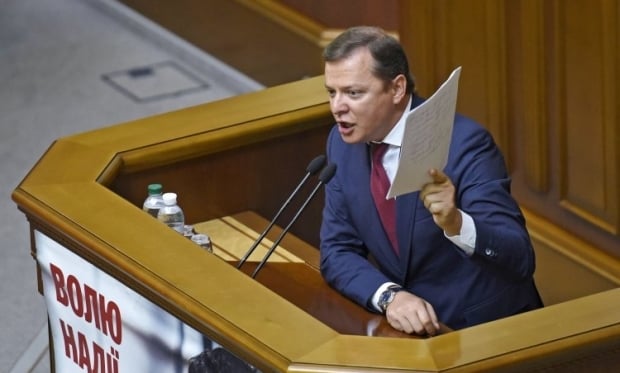 In the meantime, the Coalition said goodbye to its loudest and most restless members - representatives of the Radical Party led by Oleh Lyashko. In the past week, Lyashko spewed “righteous anger” and showed intransigence in his fight against the "broad coalition."

The desire of the Radicals’ leader to pose as a "patriotic opposition leader" not only has a political context, but also has a pragmatic reason: from this position, it would be logical to demand control over the Parliament’s procedural committee for his party members. It is this committee which decides on the issues of depriving the MPs of their immunity.

Besides, it is much more promising to stay in the opposition ahead of the local elections considering the current economic and political situation.

Although the Lyashko’s announcement was anything but unexpected (the public is well aware of his enfant terrible status), the parliamentary majority has failed to respond to the situation by demonstrating high efficiency. Maybe it is that not all the deputies were informed that the parliament resumes its work in plenary mode, or maybe it is that the inner controversies have indeed piled up, but the coalition has only managed to adopt two laws – on revealing owners of media outlets and on allowing the combined communities to hold local elections. The post of the Coalition Coordinator remains vacant. 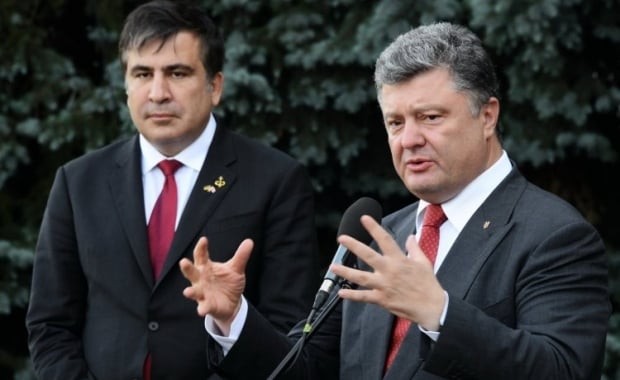 A vibe is growing around the idea of former Georgian President Mikheil Saakashvili becoming the next Ukraine’s Prime Minister. Poroshenko noted that the rotation within the government is exclusively in the competence of the coalition, where, by a strange coincidence, the pro-presidential faction has a controlling stake. I think, we will see some developments really soon.

Meanwhile, the Prosecutor General Viktor Shokin announced that the proposals on depriving a number of MPs of their parliamentary immunity would be submitted. The most recent cases of public servants being stripped of immunity had tragicomic consequences rather than served as an illustration of justice. Therefore, the much more important news is the beginning of screening of applicants for 700 positions in the prosecutor’s offices, initiated by Davit Sakvarelidze. Indeed, justice must be built from the bottom.