Ukraine celebrated its first Defender Day. Former head of the Security Service of Ukraine accused a President’s friend of financial fraud. Prosecutor General hinted he is aware of possible threat to his life. 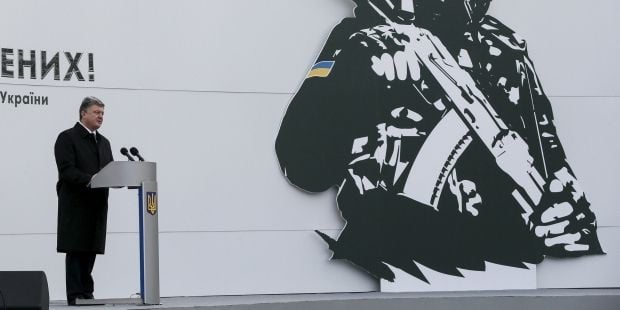 A religious feast of the Protection of the Mother of God on October 14 is now celebrated nationwide, as it has been declared a Defender Day, according to the presidential decree. The first ever celebration has proved that the new holiday is truly loved across Ukraine. Over the past year and a half, the Ukrainian Army has transformed from a relatively small unit of combat-ready troops into a real force, which stands strong being supported by millions of Ukrainians. This transformation is of great importance for molding the new Ukraine as an independent actor.

The fact that the war-torn Ukraine has been elected a non-permanent member of the UN Security Council will also contribute to this process. Finally, Ukraine has been granted an opportunity not only to influence the world community, but also to demonstrate its ability to be one of the leaders among the post-Soviet states and also in Central and Eastern Europe. Of course, this requires real action, and coordination of positions with foreign partners. At least, in pursuing the idea of prosecuting those responsible for the downing of flight MH17 out of the sky over Donbas last summer. The Netherlands has already determined that the direct cause of the tragedy was a Russian-made Buk surface-to-air missile. Now the main task is to find out who gave the order and who pushed the launch button.

Ukraine’s Finance Minister Natalie Jaresko can also rightfully claim a status of the country’s Defender. She continues the virtually ceaseless negotiations on increasing the amount of the financial assistance to Ukraine in order to create preconditions for overcoming the economic crisis. Jaresko believes that the Ukrainian economy is already reemerging from its deepest low, but not all Western leaders share her optimism. At a meeting of the National Reform Council Ukrainian President Petro Poroshenko promised to find out who hinders the country’s transformation and what prevents us from obtaining a visa-free regime with the European Union.

Valentyn Nalyvaichenko, ex-SBU chief, attempted to assist the President without being asked. Former top security official held a rather theatrical pause and accused Ihor Kononenko (not just an MP and first deputy head of the Bloc of Petro Poroshenko, but also the president's long-time friend) of financial fraud.

Another statement by Nalyvaichenko, namely on a "Russian trace" in the shooting of the Maidan protesters in Kyiv in February 2014, mentioning Vladimir Putin’s adviser, Vladislav Surkov, was personally dismissed by Viktor Shokin, Ukraine’s Prosecutor General. Shokin said that the investigation into the crimes on the Maidan has almost been completed, and there is no evidence of involvement of any citizens of neighboring states in these crimes. The Prosecutor General has not yet announced any new criminal proceedings against the Ukrainian MPs, but admitted that he tries not to sleep in a same place for two nights in a row.