Verkhovna Rada marked the first anniversary of its eighth convocation. Termination of energy supply to the annexed Crimea will force the Ukrainian authorities to clearly articulate the strategy of building relationships with the residents of the peninsula. Law enforcement agencies announced quite unexpected reshuffles among top officials.

The Verkhovna Rada of the eighth convocation marked its first anniversary. The current composition (which is not complete due to non-holding of elections in the occupied Crimea and certain areas of Donbas beyond government control) can be remembered by numerous scandals, the protrusion of certain MPs’ ego and the inability of legislators in the times of war that is decisively and effectively. Unlike the majority of their constituents, our elected officials, for the most part, live in their own calm rhythm, having the time of their lives. The paradox lies in the fact that the official optimism of Rada Speaker Volodymyr Hroisman, who pledged radical changes in parliament’s work, does not refute the possibility of holding snap parliamentary elections. In turn, these elections are unlikely to change qualitatively the structure of the parliamentary corps. Such a vicious circle is a real curse to a parliamentary-presidential republic, as it seriously hinders reforms.

In this situation, summarizing the statistics of parliamentary activity is a thankless work. We can only assert ugly performance of the coalition agreement, which was crammed to the edges by the creators of European Ukraine with their own interests a year ago. Rada failed to take off with all this junk onboard, no matter how inspired few of the MPs are in flapping their wings. By the way, the most principled group of parliamentarians created an Anti-Corruption Platform" within the Bloc of Petro Poroshenko faction, reminiscent of the events of more than 15 years ago, when a sort of a coup took place in the People's Democratic Party against the then-president, Leonid Kuchma.

The ongoing energy blockade of Crimea not only exposed the unpreparedness of the annexed peninsula to managing potential emergency situations, but it will also force the Ukrainian government to formulate a clear position on the Crimea blackout issue. Late as it may be, it will still be comprehensible and clear, not only to the residents of Crimea with Ukrainian passports, but to the millions in mainland Ukraine. The Crimean Tatars are not going to retreat, and in the light of the escalation between Russia and Turkey, their position is particularly significant for the official Kyiv. 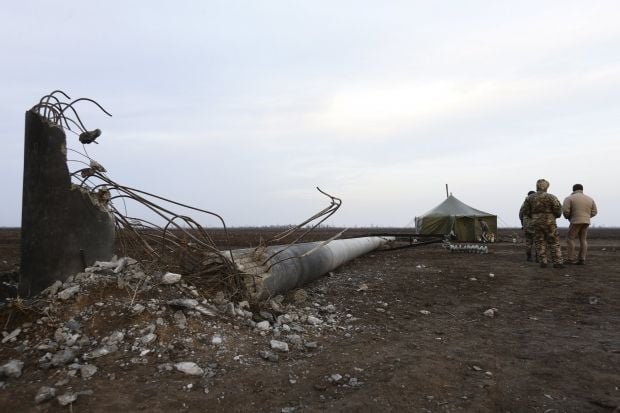 Local elections were held in Mariupol, and Krasnoarmiysk. The strategic port city of Mariupol predictably saw the victory of the Opposition Bloc, with the mayoral seat taken by its representative. However, the city council will be composed not only of the oppositionists, but also by the Syla Lyudey [People Power] party. One should not suggest that the outcome of Mariupol elections means that the strategic city is being handed over to the “separatists.” In fact, such developments would not only hurt Ukraine, but also the Ukrainian tycoon Rinat Akhmetov who got the city under his control. Vidrodzhennia Party, the Opposition Bloc and Molodizhna Party have won in Krasnoarmiysk.

Quite unexpected was the outcome of the competitive selection of candidates for the anti-corruption prosecutor’s post. The Commission submitted two nominees – Maksym Hryshchuk and Nazar Kholodnytskiy for Victor Shokin’s [Ukraine’s PGO] consideration. Neither of the chosen candidates was among the favorites in this selection. None of them, will feel comfortable on the post, if appointed, as the burden of responsibility will be treading down on them. UPDATE: Viktor Shokin appointed Nazar Holodnitsky on Monday, November 30. Deputy chief of the National Police Vasyl Paskal decided to resign amid massive public calls for his dismissal. It’s a step full of dignity, showing that the system is changing for the better, especially given the position of Interior Minister Arsen Avakov.