U.S. Vice President encouraged the Ukrainian authorities to build a successful country. MP Oleh Barna decided not limit himself with collecting signatures for the dismissal of PM Arseniy Yatsenyuk, deciding to drag him out of the parliament’s podium during speech. The winners of the local elections held party conferences. 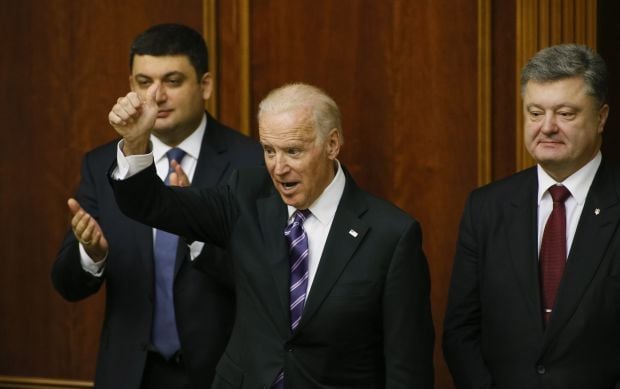 A regular Ukrainian politician needs to experience some turbulence from time to time, and not only the Revolution-type one. Joe Biden used his considerable political experience, in order to tell the Ukrainian political elite of the need to fight corruption and use the opportunity to build a successful country. It does not seem though that all those present in the Rada’s session hall understood the messages from the "aria of an overseas guest." Some expected mandatory guidelines supposed to be voiced according to the classic Russian, or Soviet, propaganda. Even if it actually was the case behind closed doors, it passed without undue excitement and emotion. At the same time, Biden not only showed support to Ukraine in its confrontation with Russia, but also urged the official Kyiv to implement the Minsk agreements.

Moscow resorted to a nonlinear response to Biden's Kyiv visit. As the Kremlin does not hide its interest in a return to a bipolar world in which Russia and the United States would play major roles, Russia released from a information vacuum Ukraine’s “legitimate” ex-president Viktor Yanukovych for an unexpected interview, in response to Biden’s public address in Ukraine. Yanukovych announced his intention to return to Ukrainian politics, although he was not that brave to announce the deadlines for such move. He also stressed that that there was no alternative to the Minsk agreements.

MP Oleh Barna reminded the world community of the gap between the American and Ukrainian political cultures, who decided to drag Prime Minister Arseniy Yatsenyuk from the Rada’s podium during his address to the parliament. He might have been inspired not only by 70 signatures collected for the Yatsenyuk’s dismissal resignation of fellow Yatsenyuk, but also by the inability of the government to inform the citizens of its achievements. As a result, a massive brawl erupted between the representatives of the two largest factions of the coalition. The coalition leadership later apologized before the prime minister, while Barna was expelled from the pro-president BPP faction. 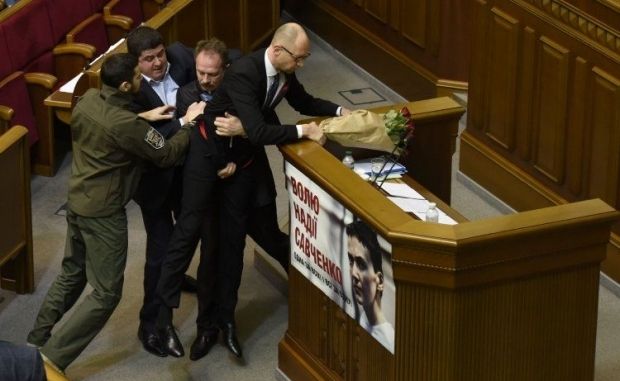 The incident between Yatsenyuk and Barna in parliament / Photo from UNIAN

Actually, a lot bigger problem for Yatsenyuk compared to some unrestrained MP is the lack of team spirit in the Cabinet. While the announcement of the intention to resign by Information Policy Minister Yuriy Stets was previously announced, a similar move by Minister of Infrastructure Andriy Pyvovarskiy was an unpleasant surprise for the prime minister. The fact is that some real political “bisons” now claim this vacant post, and it will be difficult for Yatsenyuk to counter them. Moreover, Yatsenyuk has no public support to assist him in tackling the pressure. Today, he is unlikely to be able to blackmail other officials with his resignation from the post of prime minister because, in case of early parliamentary elections, the “soldiers” from his People’s Front Party would automatically become politically demobilized.

Meanwhile, the winners of the local elections held inspections of its ranks in Kyiv. Petro Poroshenko, as an honorary leader of the pro-presidential party, called on his supporters to turn the party into a mass political force with a real social lift available. To complete the picture, BPP- Solidarity should bring order to its parliamentary faction, which has too many political vectors today. Yulia Tymoshenko encouraged the supporters of Batkivshchyna party, stressing that the party is "not neither the first, nor the second." It should be noted that both political forces are part of a ruling parliamentary coalition, and their positions on key issues of national development are often diametrically opposed.