In the coming days Europe will decide the fate of anti-Russian sanctions. UNIAN gathered expert opinions on what the Europeans may actually decide given Russia’s non-fulfillment of obligations under the Minsk agreement, and what will happen with sanctions against Russia in the long term.

Ahead of the EU summit to be held on December 17-18, Europe expressed unity in the issue of prolonging sanctions against the Kremlin for another six months. "A senior European official has told UNIAN that no debate was expected on the issue, as the Brussels meeting at the level of Ambassadors showed that everyone is convinced that the conclusions of the Council adopted in 2015, which tie the issue of sanctions to the implementation of the Minsk agreements, remain in force. All 28 leaders support the idea to extend sanctions for another six months, according to the official.

According to him, the formalization of this process will be held immediately after the summit on Friday, December 18. "We have a consensus,” said the official, adding that it will be reflected in the Friday afternoon.

Earlier, President of the European Council, Donald Tusk, in a letter to EU leaders asked to consider the extension of sanctions against Russia for six months. In his opinion, it would be “the direct consequence of the March European Council conclusion, according to which the duration of the restrictive measures against the Russian Federation should be clearly linked to the complete implementation of the Minsk agreements.” 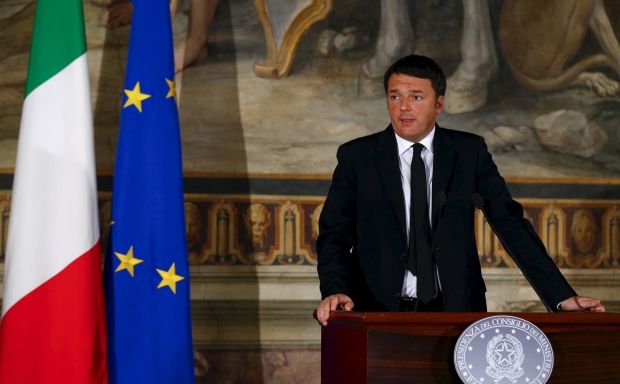 However, despite a common position on anti-Russian sanctions, Italian Prime Minister Matteo Renzi did not rule out that sanctions against Russia would be revised in the coming months. "It's clear that we have the same position as the entire international Western community... but I think that this package of sanctions will be reviewed, not in the next few hours but in the coming months," the Western media quoted Renzi as saying.

This position is linked with the debate in Italy over the Nord Stream 2, which Germany supports, insisting that it is a purely commercial project, far from politics. However, the Italian prime minister is convinced that such support is contrary to the spirit of the anti-Russian sanctions. And this conflict, by the way, made it impossible for the automatic extension of European Union sanctions imposed against Russia because of the annexation of Crimea and support of the militants in the east of Ukraine.

The aggressor should be punished 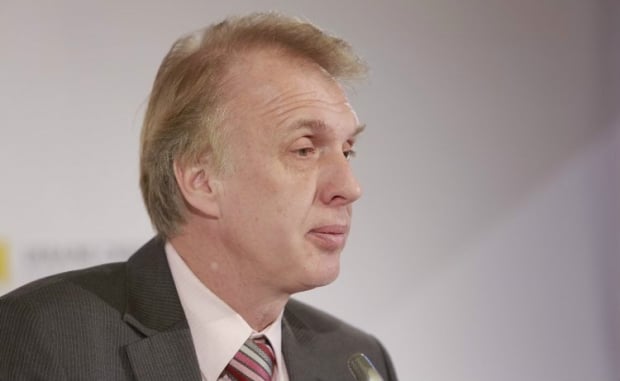 Ukraine’s Ex-Foreign Minister Volodymyr Ohryzko believes that the decision to extend the sanctions can’t be not taken. Because, if some other decision is made, it would mean that the European project has come to its end. According to him, the common position of the EU, which has been worked out at the top level, is that the aggressor should be punished for its actions, and no change is observed in the position of the aggressor. In this connection, the lifting or easing of sanctions would mean that the West is abandoning its own position.

"I can hardly imagine that this could happen, and then the West could explain within the EU, to Ukraine, and to the rest, why it happened. Therefore, the package of sanctions should be extended at least for the next six months. In the future it will depend on how the situation will develop. At the same time, I believe that our leadership needs to be reminded about this every time, to take a constructive stance in relation to Donbas, and not forget about Crimea," he said.

Russia should not expect easing of sanctions, because the conditions of the Minsk negotiation process have not been fulfilled

Political expert and director of the Center for Civil Society Studies Vitaly Kulik agrees with the diplomat, noting that, despite resistance of some EU countries and sabotage by some political forces flirting with Russia, sanctions will be extended anyway. "Of course, it will raise a new wave of discussion in the EU, and the Europeans will talk about the feasibility of the involvement of the EU Member States into a confrontation with Russia. It will be a discussion on what the damage the sanctions inflict on the European economy. But, despite this, there is a consolidated the position of the European Commission and the consolidated position of the EU’s ruling circles on sanctions against Russia," he said.

Moreover, in his opinion, Russia should not expect easing of sanctions, because it has not fulfilled the not fulfilled the conditions of the Minsk negotiation process: "Ukraine is fulfilling all of its obligations, while at the same time, Russia is not withdrawing troops, not returning control over the border, and not doing anything to bring separatists to peace. On the contrary, it provides financial and military support." 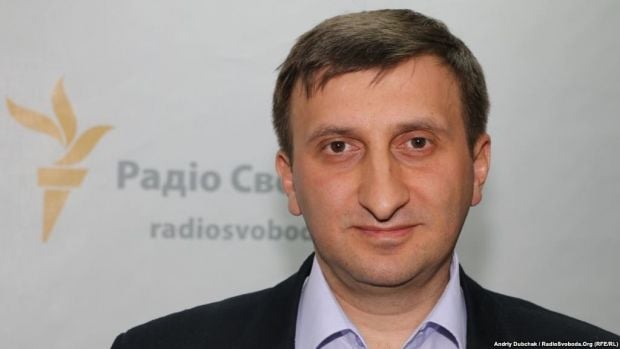 Kulik does not expect significant concessions in Europe towards Russia / RFE

However, the strengthening sanctions should not be expected, either. "The case, which has been put into effect, will remain in the future," the expert believes.

Vitaly Kulik said that the debate that is starting on the issue of anti-Russian sanctions between Italy and Germany will not change the situation significantly. Firstly, because even part of the Italian establishment said that it was premature to cancel or modify the whole package of sanctions. Secondly, it’s Germany and France who play the major role in the preservation of the sanctions process in its current shape; therefore, there should be no significant concessions in Europe toward Russia.

However, the expert does not exclude that the EU will reconsider its position in the future. "I do not rule out the EU’s fatigue caused by sanctions, and unwillingness to continue to incur losses," he said.

Moreover, the risk exists that part of the sanctions could be reviewed even if Russia continues to refuse to fulfill its obligations under the Minsk agreements. However, such a review is likely to only affect the restrictive measures which cause maximum damage to European corporations.

In turn, Volodymyr Ohryzko said that, for example, Italy’s position with respect to anti-Russian sanctions is yet another evidence that Moscow's fifth column in the West works very effectively. "But there is also such countries as Germany, USA, Canada, Poland, the Baltic states, who understand that, if the European, Trans-Atlantic unity is destroyed, Russia will do whatever it wants, not paying attention to anyone. Therefore, it seems to me that the position of Italy, and not only in Italy, is only an indication that there is a struggle for the preservation or destruction of this unity. And I'm more than confident that Europeans will resort to destroying this unity, because it would mean that the European and the Trans-Atlantic projects will be finished," says Ohryzko. 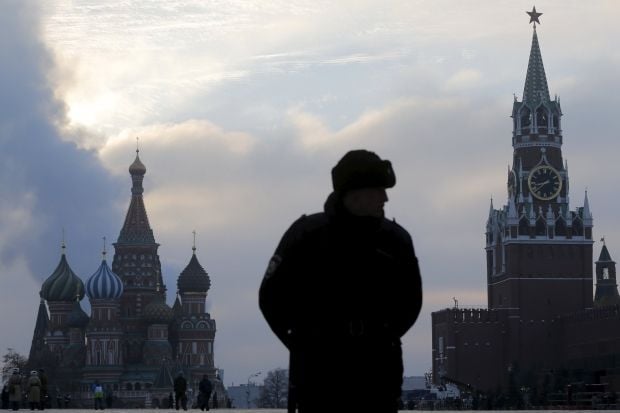 Political scientist, head of Third Sector analytical center Andriy Zolotaryov is also confident that, despite opposition of a number of European states, sanctions will not be eased in the near future. However, this does not mean that the position of cancellation or easing will not prevail in 2016. "Russia is working toward enhancing the pro-Russian lobby in these countries, and the voices of Russia’s advocates are becoming more noticeable. But, at this point, there is no serious discussion on the issue of easing the sanctions or their lifting," he says.

"Much will depend on the economic situation in the EU, and Russia knows it, playing in this direction. This has been blocked so far, but who knows… Maybe the easing of sanctions will become a reality in six months," suggests the expert.

Zolotaryov also notes that the EU can strengthen sanctions only in case of some serious pressure from the US. "We see that Europe is interested in evading another "Yugoslavia nightmare," migration risks, including, at the expense of Ukraine’s interests. I think if there is any local crisis, as it was around Debalcevo, Europe can swallow it, limiting its response to some rhetoric and not really strengthening sanctions," the analyst believes.

A signal to Moscow

Political analyst on international affairs, the director of the Institute for Euro-Atlantic Cooperation Oleksandr Sushko also believes that sanctions against Russia will remain in place. However, in his opinion, it is not clear, for how long. It is expected that the EU will decide to extend restrictive measures for six months, and such decision will enter into force on January 1, 2016. But the expert suggests that the parties may as well agree on a shorter term. 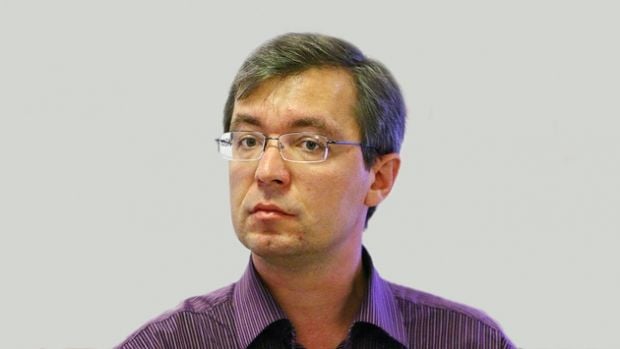 Sushko admitted that the EU could "send a signal" to Russia / inpress.ua

Sushko explains this with the fact that the group of EU member states is in favor of easing the sanctions, and will probably be looking for a solution that would retain all of the sanctions at this stage, while also making it possible to return to this issue in the spring. "Of course, under these conditions, when there is no progress in the Minsk process, it is difficult to convince the majority of EU member states that Russia has fulfilled its part of the agreements. But, nevertheless, as some of the EU countries do not hide skepticism over the sanctions, it’s likely that there will be some kind of decision that will partially satisfy the attempts of these countries to leave the gap for easing sanctions in the near future," he admits.

In his view, the lifting of sanctions would in general look extremely disadvantageous for the EU, but it’s quite plausible that opportunities will be created to review the restrictive measures earlier than in six months, given the relevant conditions. "This is a signal to the Russian side. If Moscow makes a significant concession toward de-escalation in Donbas and take steps that the West considers the implementation of the Minsk agreements, and then the anti-Russian sanctions may be revised," says Sushko.

The international political analyst points out that the point of view on partial lifting of anti-Russian sanctions given partial fulfillment of the Minsk agreements is still a position of a minority. "Today, this is not a position of a majority in the EU, but it’s definitely there," said the expert.

At the same time, he said, the strengthening of the sanctions is not on the agenda yet, as it can be the issue only if the full-blown hostilities resume in Donbas.

It is clear that in case if Russia seizes more of Ukraine’s territory, the EU may return to the question of expansion of the sanctions, but, today, Europe considers such a scenario as unlikely.