The Ukrainian government intends to "hurry slowly" in the issue of constitutional amendments, especially those involving peculiarities of local government in Donbas. The number of fighters against corruption is growing constantly. The end of the MPs’ protracted vacation was marked with the newly emerged personnel issues in the ruling Coalition. Vitaly Klitschko has become chairman of the Association of Ukrainian Cities.

For the second consecutive years, the first two months of the year evoke memories of the tragic moments in Ukraine’s recent history: the murder of the Heavenly Hundred in the Maidan, as well as the battles for the Donetsk airport and the town of Debaltseve. The “public temperature” is too high to raise it further with the will to push through constitutional changes demanded by the West and objectively beneficial to Russia. Therefore, the president decided, with the parliament’s help, to use Constitutional Court (as its judges seem to be loyal to the head of state no matter his name) to buy more time and try to force the Kremlin to implement the Minsk agreements. Poroshenko has publicly emphasized his interest in decentralization, while insisting on the fact that a vote for change in the Basic Law can only take place against the background of significant progress in the Donbas settlement. Judging from the official statements of the Kremlin and the stance of separatists in the Minsk talks, Putin does not yet intend to change his line, regardless of the cost of a barrel of oil on world markets.

There was plenty of talking last week about the need to tackle corruption. Odesa governor Mikheil Saakashvili has even left the snowstorm-hit city for Kharkiv to take part in the Anti-Corruption Forum. The "Euro-optimists" parliamentary group accepted an invitation from Viktor Pinchuk to participate in a Ukrainian breakfast event in Davos at his cost, which they apparently do not perceive as manifestation of corruption. It might have been that Ukraine’s most progressive MPs missed their opportunities, beyond the World Economic Forum, to find out that corruption had been scaring off the investors, even more than the Donbas conflict had. Even the speech by Ukraine’s rock star Sviatoslav Vakarchuk on the occasion of receiving an Order of Freedom was seen as an anti-corruption call. All this testifies on a powerful public demand for the effective fight against corruption and on the meager success of the authorities in this issue.

Meanwhile, the parliamentarians are slowly returning from their winter resorts, showing increased activity. Nothing surprising here, as they’ve had plenty of time to reflect and reassess the situation, while the snowball of unfulfilled tasks has grown significantly. For example, Samopomich Party decided to dismiss Agrarian Minister Oleksiy Pavlenko from his post and rewrite the Coalition deal. Thus, the politicians, who had been emphasizing their humble will for consistent training in parliamentary subtleties, they acted too rashly. As experience shows, before announcing any reshuffles, the political forces should secure 226 votes needed to pass the motion. The inability of Samopomich MPs to find a common language with their colleagues from parliament allows the Agrarian Minister to continue with his routine as if nothing really happened. Meanwhile, the faction, itself, faces the risk of incurring new losses of staff. 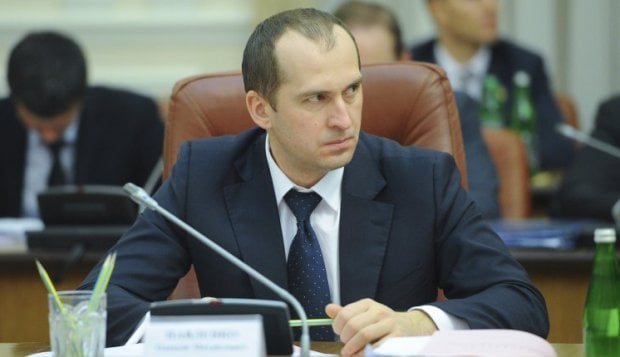 It should be clear that the party leader Andriy Sadoviy does have presidential ambitions, which he prefers not to recognize. But Petro Poroshenko’s team is well aware of them, therefore, Vitaly Klitschko was pushed through to the post of the head of the Association of Ukrainian Cities. It would be too promising to call Klitschko an effective city manager, but in this case, his functions are formal.

In the fight for his post, Ukraine’s Prime Minister Arseniy Yatsenyuk decided to move in his agenda away from the consumer issues (cost of utility services, the price and quality of gasoline) to the constitutional matters. In his statement, Yatsenyuk stressed that the Fundamental Law could be passed on a referendum. Interior Minister Arsen Avakov echoed his chief right away. In the fight for the prime minister's post, any measures might work, but the maturity of the Ukrainian society must not be underestimated, as the public now prefers economic success to empty talk around the constitutional issues.