After returning to a plenary mode, the parliamentary coalition has been seeking intensively the ways to reformat the government. The prime minister has publically expressed hope to retain his post.

At a time when the news from Donbas ceased to make it to the headlines, it is crucial for the state to direct new messages to the public indicating inevitability of Ukraine's success in building an effective state. Today, it seems particularly important to reconsider the history of events of late January 1918 near the settlement of Kruty in northeastern Ukraine, just 130 km from Kyiv, when several hundred brave students not only refuted for some time the attacks of the Bolshevik forces, but also allowed the delegation to the Ukrainian People’s Republic to achieve international recognition of Ukraine’s independence. Millions of citizens of modern Ukraine badly need the examples of victories of our ancestors, proving that today’s independence is anything but accidental. In this regard, last week’s complete ban of the Communist Party upheld in the Supreme Administrative court is quite symbolic, as the party’s leaders never hid their love for Vladimir Lenin.

Unfortunately, today’s politicians in Ukraine often leave the public unsatisfied with their performance. The Verkhovna Rada at times confirms the Kremlin’s idea that Ukraine is, in fact, a failed state.

Unfortunately, today’s politicians in Ukraine often leave the public unsatisfied with their performance. The Verkhovna Rada at times confirms the Kremlin’s idea that Ukraine is in fact a failed state. Unfortunately, the lack of a clear and coherent action plan of the Ukrainian authorities is a painful hit to the authority of the country. Hasty changes in parliamentary regulation to ensure a broader deadline for the adoption of constitutional amendments is a tactical, rather than a strategic, move. It would be better to bring the struggle for the status of Donbas and the return of Crimea from the format of political debate to the level of dispassionate expert discussion, but it seems unlikely in the near future.

However, the MPs succeeded in part of advocating the party and personal interests. On today’s agenda is the issue of reformatting the government, as certain MPs and lobbyist groups harbor their sweetest hopes of grabbing a couple of Cabinet chairs. About a third of the government posts are vacant, and the government has failed to become a well-coordinated ensemble, but political expediency continues to rule the roost. As the conditions regarding parliamentary support cannot be called favorable to the main political players, they have to rely on the slow process. Most MPs are not eager to go to early parliamentary elections with the unpredictable outcome. So, they choose to play a political puzzle instead.

Yulia Tymoshenko refused the role of a coalition mediator, but she might already see herself in a prime minister’s chair, again. The Samopomich Party is fighting to dismiss the Minister of Agrarian Policy – the move aimed at the further resignation of the entire government. However, the party leader Andriy Sadovy has not showed the prime minister’s ambitions until recently. Radical Party leader Oleh Lyashko seems to have his political life recharged as he acts like an associated coalition member. Head of pro-presidential BPP faction Yuriy Lutsenko has told on air of a Sunday talk show about his vision of reformatting the government, which incumbent Prime Minister Arseniy Yatsenyuk could hardly enjoy. It seems that only the "Opposition Bloc" is just sitting there waiting for another defeat of its opponents. 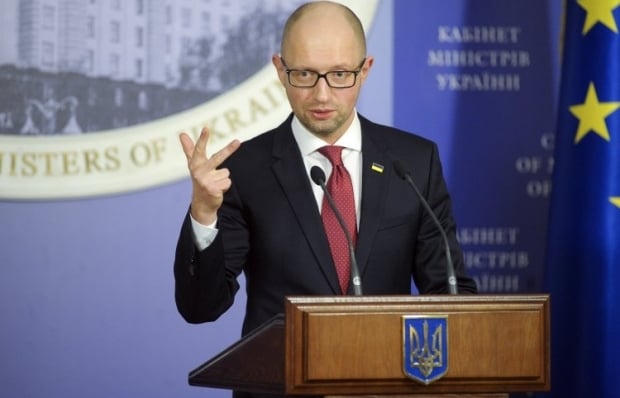 The prime minister has publicly expressed hope to return "billions of Yanukovych" to the state budget. Unfortunately, those plans raise serious doubts due to the inefficiency of the Ukrainian prosecutors who are supposed to actually provide solid evidence to the court, to get the funds returned. However, the Cabinet of Ministers has effectively dismissed the acting Minister of Ecology and Natural Resources, Serhiy Kurykin, on corruption charges, thereby turning the ministry into a "bad place." Top ministerial officials suffer from their financial temptations too often. Meanwhile, the fact that the prime minister’s wife Teresa Yatsenyuk got a ticket for distracted driving may not be enough to strengthen the position of her husband, as his political survival is on today’s top agenda.