Andrej Plenković, Chairman of the Parliamentary Association Committee EU – Ukraine, sat with UNIAN to talk about the problems and prospects of cooperation with Ukraine in 2016 as well as about the fulfillment of existing obligations by the Ukrainian authorities and the prospects for a visa-free regime for Ukrainians.

How will you characterize the year of 2015 in the relations between EU and Ukraine?

2015 was a year of strong involvement of the EU in attaining peace and stability in Ukraine with the objective of peaceful reintegration of the temporarily occupied territories of parts of Donetsk and Luhansk regions and Crimea. In that respect, particularly important was the strong engagement of France and Germany, on behalf of the EU, through the Normandy format in the implementation of the Minsk Agreement. Also EU was actively participating in wider international efforts of the OSCE and its Special Monitoring Mission in Ukraine, as well as through its Advisory Mission for civilian security sector reform - whose mandate should be strengthened and more precisely targeted so as to contribute to the security in the country.

EU's financial and political support continued to be substantial, and our cooperation was elevated at all levels. I always advocate that Ukraine must remain high among priorities of the EU’s political agenda, despite the fact that the refugees and migrant crisis represent one of the biggest challenges since the Union was founded.

EU-Ukraine Summit, Association Council, two Parliamentary Association Committee meetings and exchange of multiple visits on  high-level took place last year providing an impetus for necessary pro-European reforms in Ukraine. The entry into force of the DCFTA is excellent news. Also one of the major achievements was the positive recommendation from the European Commission for the introduction of the visa-free regime for Ukrainian citizens, after Verkhovna Rada adopted a package of important laws.

What is your assessment of the cooperation with the Verkhovna Rada?

From my point of view as Chairman of the EP Delegation for Ukraine, I am very pleased with intensive dialogue with my counterpart Ostap Semerak [first deputy chief of the parliamentary committee on European integration] and other friends in the Verkhovna Rada, but also with excellent and open co-operation with President [Petro] Poroshenko, Prime Minister [Arseniy] Yatsenyuk, [Parliament Speaker Volodymyr] Groysman, Minister [of Foreign Affairs Pavlo] Klimkin and many political leaders. We organized numerous meetings to exchange views with deputies, politicians, diplomats, experts, and civil society representatives on all aspects of the situation in Ukraine. Regarding our activities in the European Parliament, it seems that we are one of the most active Delegations.

The Verkhovna Rada adopted numerous key laws establishing a necessary legislative framework for the reforms outlined in the Association Agreement. European Parliament welcomed adoption in the first reading of decentralization amendments to the Constitution of Ukraine, and the Venice Commission recommended the enforcement of the amendments in 2016. Decentralization is an important step in the economic and political transformation of Ukraine.

The set of laws adopted by the Rada last year resulted in setting up institutions to fight and eliminate risks of corruption (the National Anti-Corruption Bureau, anti-corruption prosecutors and the Office of Assets Recovery), and paved the way for Ukrainians to receive visa-free regime in 2016. We in the European Parliament acknowledged the adoption of the necessary deregulation legislation, law on state funding of political parties, media ownership transparency and law on public service reform. 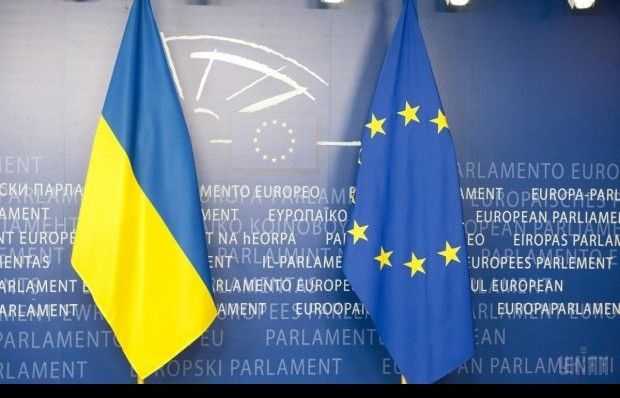 What are the problems you see and what must be done?

We respect the clear choice of the Ukrainians who decided to join the European project and we in the EP are assisting Ukraine in this demanding and overarching endeavor. Transformation process in Ukraine is taking place in a sensitive environment in which Ukraine is the victim of aggression.

So far Ukraine was already granted unprecedented political, expert and financial support from the EU. In the process of association and enlargement, many recent member states went through a similar painful reform path. For example, in the 90's, my own country Croatia was facing military aggression, the occupation of territory and even embargo on arms imports. However, unlike Ukraine, the European integration and reform process was not conducted in parallel with the liberation of our territories, but it happened a decade later.

In this context, it is essential that Ukrainian pro-European political forces do their part of the job and remain united. EP will stand beside Ukraine in the implementation of the Deep and Comprehensive Free Trade Area (DCFTA) and gradual transformation of its economy in line with European standards, especially in the light of Russia’s unjustified retaliatory trade measures.

Recent comprehensive presentation of reform process by Mr. Dmytro Shymkiv we organized in the EP was another demonstration of the powerful drive for reforms which the EU-Ukraine Association Agreement provides to Ukraine, by offering a clear roadmap together with ample financial assistance from the EU. I hope that the proposals by the European Commission for programs to be funded in 2016 will correspond to very concrete reform objectives.

This year, we expect to continue our strong support to the Rada, also in the framework of the capacity-building program established between the European Parliament and the Verkhovna Rada in July 2015 with the help of former EP President Pat Cox. As a lead member of this program, I see it as an essential practical tool in order to increase Rada's institutional capacities in dealing with European affairs. The roadmap for reforms support measures will be presented at the forthcoming 'Ukraine week' which will be held in the European Parliament at the beginning of March and bring to Brussels around 50 MP's from the Verkhovna Rada.

On the April 6, the Netherlands, which has just started its six-month Presidency of the Council, is holding an advisory referendum on the EU-Ukraine Association Agreement. I believe this referendum is not specifically targeting Ukraine, but reflects a broader anti-European campaign by Euro-sceptic political forces. We are consulting our Dutch colleagues to see how to assist them in explaining the benefits of the Association Agreement to the Dutch citizens. 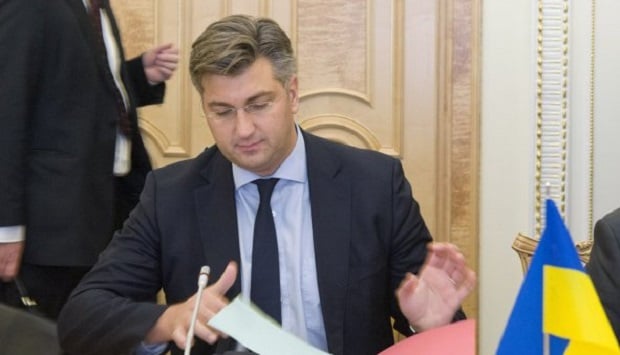 The position of the European Parliament remains unchanged, according to Plenković / Photo from UNIAN

When will the EP vote on visa liberalization? Is there a possibility that this resolution will not be adopted?

The position of the European Parliament remains unchanged – we fully support granting visa-free regime to Ukrainians, and I believe we will be able to prove it by the majority as soon as the proposal comes to vote. Nevertheless, it requires from the Ukrainian leadership to implement the commitments taken, especially in the area of anti-corruption.