Petro Poroshenko during the Munich Security Conference reminded the audience about what is actually happening in Ukraine. The Government of Arseniy Yatsenyuk is preparing for a decisive battle to prolong its mandate. The minority factions of Parliament are seeking unique ways to strengthen their positions.

Bavarian capital heard opposing statements of different temperature, albeit on different panels. Russian Prime Minister Dmitry Medvedev said that the West and Russia sank into a state of another Cold War, moving to a quite shameless blackmail of the Western political elite with further deterioration of relations. At the same time, Ukrainian President Petro Poroshenko reminded the West that it’s not at all a civil war which is continuing in Ukraine, but the Russian aggression. Mr.Poroshenko noted that forgiving the Kremlin’s behavior would mean making a serious mistake. Of course, the political leaders of the Western world will need to comprehend the words of both Medvedev and Poroshenko, and this means that Ukraine can’t afford to wind down in its struggle for a truthful explanation of what is really happening in our country. The same explanation is needed is required for the joint statement of the G7 Ambassadors who voiced concern about the pace of reform in Ukraine. It’s the same for the statement by IMF chief Christine Lagarde who failed to understand why the country is stalling on the path of reform.

Meanwhile, the Yatsenyuk-led Government focused on its upcoming annual report to the Rada. Paradoxically (in Ukrainian politics, the officials don’t usually go the easy way), preparations to this report equal demonstration of the Cabinet’s future intolerance to political pressure and the promise to implement 379 specific steps in the framework of the Government’s Action Plan for 2016. 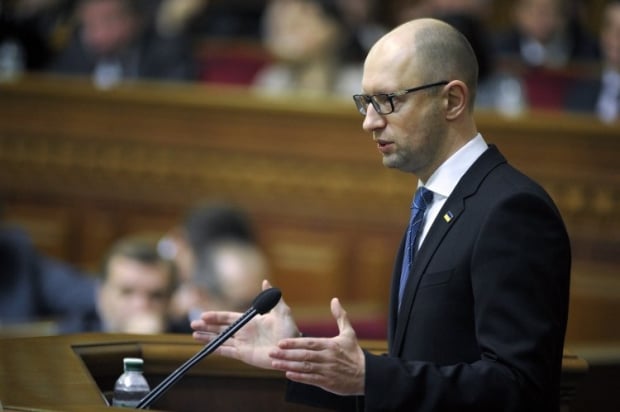 The time lost is reflected upon the situation within the Rada coalition, which is now balancing delicately between the will to dismiss the whole of the Yatsenyuk’s Cabinet and dumping certain ministers and bringing some faces into the Government. Poroshenko tries to publicly distance itself from the process of influencing the relations within the legislative and executive branches. The result is not very convincing, since the modus operandi of the Ukrainian politicians involves active appeals to the president’s position.

While Yatsenyuk reassured Western diplomats in the viability of his Cabinet, the Samopomich faction started collecting signatures in the Rada for the resolution of non-confidence in the government. Although these vectors do not intersect technically, the position of the faction’s leader, Andriy Sadoviy, sounds very uncompromising. However, Sadoviy is in no hurry to name his own nominee for the prime minister’s post.

Tymoshenko returned from overseas with a rather unexpected ally: ex-SBU chief Valentyn Nalyvaychenko announced he was ready to fight corruption shoulder-to-shoulder with the leader of the Batkivshchyna, radiating desire to atone for his “political youth” in Vitaly Klitschko’s  UDAR party. To demonstrate his newfound devotion, Nalyvaychenko said on live TV that certain supporters of Viktor Yushchenko at the time of his presidency were trying to hurt Tymoshenko’s political future. Many remain skeptical about Nalyvaychenko’s timing of such statements, as he never voiced such allegations over the past years. In turn, Tymoshenko continues to insist on the dismissal of the government.

Only the National Anti-Corruption Bureau can look into the future with some optimism under the current circumstances. First of all, people have not yet lost confidence in this agency, and secondly, there is the opportunity to make useful contacts among the potential defendants - the deputies and other top officials. Thirdly, public demand for the fight against corruption is so powerful that the NABU will surely not remain without work for another ten years or so.