The speeches of participants of the Munich Security Conference echoed in further development of foreign relations. The Verkhovna Rada got embarrassed during the voting for the so-called visa-free laws. Ahmet Davutoglu confirmed that Ukraine is a strategic partner of Turkey.

Although Dmitry Medvedev disavowed his statement made earlier in the Bavarian capital about the "Cold War" between the West and Russia, other participants to the meeting took it very seriously. It seems that the words of Petro Poroshenko were also heard well when he said that it’s not a civil war in the east of Ukraine but the Russian aggression. The Ukrainian president once again discussed with Joe Biden the prospects of cooperation with the IMF, which will continue to be headed by Christine Lagarde, and the escalation in Donbas, where Russia continues to deploy new military equipment, fuel, and ammunition.

Pope Francis saying that it is unclear who started the war in Donbas was disappointing.

Meanwhile, Vladimir Putin continues to pursue the line toward the abolition of the EU sanctions against Russia, using situational allies. While the very meeting of Pope Francis and Patriarch Kirill of the Russian Orthodox Church in Cuba was hurtful to the Ukrainian Greek Catholics, the subsequent statement of Pope Francis that it is unclear who started the war in Ukraine was disappointing to most of us. During the talks with Hungary’s President Victor Orban, Vladimir Putin stressed the futility of linking the issue of lifting the sanctions with the fulfillment of Minsk agreements by Russia, because the Kremlin has repeatedly stressed that Moscow did not intend to fulfill any of them. 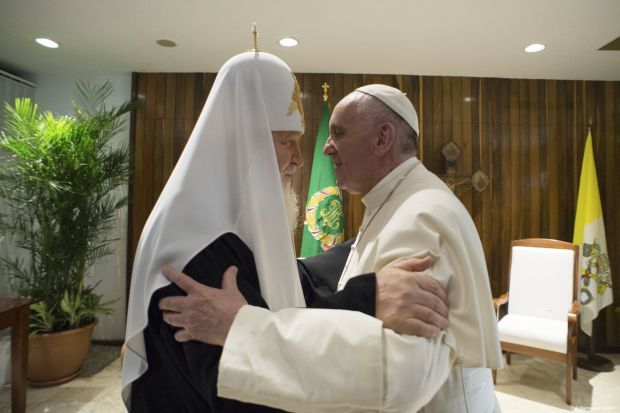 Ukraine has formally completed the adoption of laws required by the EU in order to achieve a visa-free regime. However, members of the European Ukraine parliamentary coalition managed to mangle the regulation on compulsory electronic declaration of revenues of the officials revenues so much that the European Commission's representative in Kyiv Jan Tombinski was forced to intervene, stressing that the Ukrainian government is not interested in the fight against corruption. On the other hand, the adoption of these laws was probably the only bright spot in the coalition’s work last week. However, the EU, which has resolved its issues with the United Kingdom quite amicably, might as well show a favorable attitude toward Ukraine’s visa-free prospects.

The Turkish prime minister criticized the actions of Russia, which threaten peace and stability.

Prime Minister of Turkey Ahmet Davutoglu made a number of political statements during his Kyiv visit. Not only did he call Ukraine a strategic partner of his country, but he also stressed that Ankara considers Crimea a Ukrainian territory. The Turkish prime minister criticized the actions of Russia, which threaten peace and stability. It is interesting whether the strategic partnership of Ukraine and Turkey will find its reflection in setting up a free trade zone between the two countries during Petro Poroshenko’s awaited visit to Ankara. 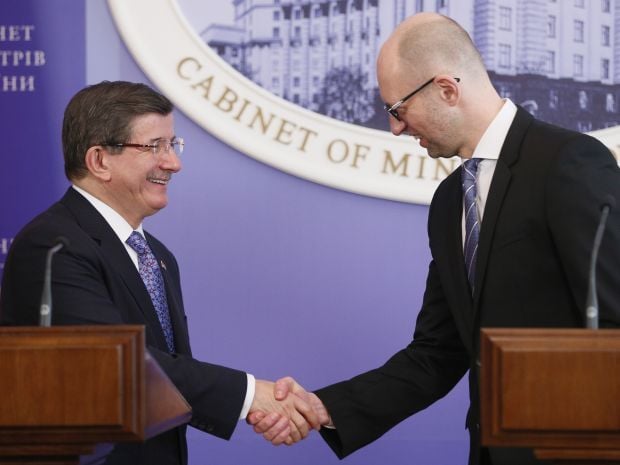 In the meantime, major changes have occurred in the economic and political life of another Ukrainian neighbor - Belarus. The European Union has significantly eased sanctions against Alexander Lukashenka’s regime and the Belarus president personally. He definitely has ceased to be branded "Europe’s last dictator,” and Ukraine should take advantage of its good relations with Minsk to get foreign political dividends.