After a three-week "vacation," the MPs seem to be all into bargaining for government posts rather than, well, legislative work.

Opening a spring political season, parliament speaker Volodymyr Groysman said that, after a three-week consultations "of various political forces at different levels," alas, he has no good political news. "Unfortunately, today there is no solution to overcome the current political crisis,” he said adding that the dialogue should still continue.

In principle, the Chairman of the Verkhovna Rada did not say anything new. Earlier, Prime Minister Arseniy Yatsenyuk voiced the same idea about the political dead end. His speech boiled down to the fact that the crisis is in fact artificial. Yatsenyuk named two possible ways out of the crisis: either the President and his bloc support the current government, or take full responsibility and introduce a new composition of the Cabinet. It’s as if to say that the incumbent prime minister and his team don’t hold to their chairs, but go try pull them out of their warm seats.

Leader of pro-Yatsenyuk People's Front faction Maksym Burbak also believes there are two ways out of the crisis. The first one is restoration of the coalition, strengthening the current composition of the Cabinet, and close cooperation of all democratic forces. The second one is "the President of Ukraine and his faction, the parliament’s largest, take responsibility and provide a new composition of the Cabinet, the new prime minister, the new program, rather than spin election campaign slogans, and hold talks with parliamentary forces asking to support the alternative government with an alternative program."

Farce instead of procedure

Thus, the apparent "death" of the "Kamikaze" Cabinet has become a long-running farce instead of a standard procedure. Public squabbles between the president's and prime minister's teams have last for several months, but there is still no result in the shape of appointing the missing ministers or reformatting the government after a coalition reset. The third option of leaving the political crisis behind – another early election of the Verkhovna Rada – has not yet become an important part of the agenda.

Recall that the deputies started the talk on collecting signatures for a draft resolution on the expression of no-confidence in Yatsenyuk’s Cabinet back in early December 2015. While the sidelines of the Verkhovna Rada raged with rumors while the government was preparing for an annual report  due December 11, which, had it not been accepted by MPs would have launched a procedure to dismiss the ministers, the Coalition officially rejected the idea of a possible government dismissal. Both the pro-presidential and pro-premier political forces supported the option to reformat the Cabinet, which would be reduced to fill the vacant positions in the government and a certain reshuffling of spheres of influence. 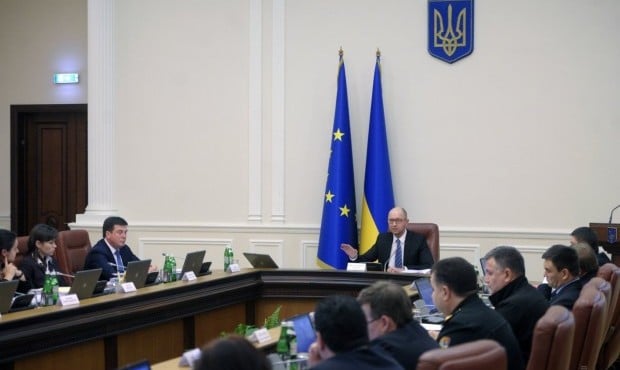 However, the degree of discontent with the government has grown so much in January that the required number of signatures under the Cabinet no-confidence initiative has been collected. Moreover, it suddenly became clear that the government's address to the Rada on December 11 was not an actual annual report, meaning the Rada was ready to hear the Government once again. By mid-February, the issue of a no-confidence resolution was on everyone’s lips. But a month ago, having recognized the work of the Cabinet of Ministers unsatisfactory, the required number of deputies still failed to support a no-confidence motion. The Coalition has totally crumbled, while the president voiced the need for a complete government reset.

Populism instead of the rule of law

Closed-door discussions and opaque bargaining have lasted for almost a month. However, this brought no result profitable for each political player. On Monday, some factions started talking in unison about the possibility of reconsidering a draft resolution of no-confidence in the government. Leader of Batkivshchyna Party Yulia Tymoshenko, in her traditional manner, urged the deputies to vote no-confidence, or otherwise take “personal responsibility for all that is happening” in Ukraine.

In turn, the leader of the Bloc of Petro Poroshenko, Yuriy Lutsenko, said: "I admit that this resolution can be reviewed in the near future."

At the same time, a burning desire of many to “put a bullet in Yatsenyuk’s head”  gets shattered by the Ukrainian legislation. After the failed vote in February, the deputies cannot revote on the issue during the current parliamentary session, according to Aticle 87 of the Constitution of Ukraine, according to professor of law, a constitutional expert Viktor Musiyaka.

The only legal option to send the “Kamikaze” Cabinet into oblivion in the near future is to prevail upon the prime minister to submit a resignation letter. This is the scenario being played at the moment. By the way, Lutsenko subtly hinted about it to the prime minister: "I highly appreciate Yatsenyuk’s skill of catching a political moment. He showed it in all times and under all authorities. I think that now, he can grasp this political moment: neither the public, nor the parliament supports his government... With all due respect to the prime minister, to what he did, as well as to the members of the Cabinet of Ministers, I believe that the best option would be his own, and right, decision. None of our posts are forever." "As soon as we receive a resignation letter from the prime minister, we will promote a new candidate. And we've been waiting for this moment. We have a nominee, the program, and the voices," Lutsenko said. 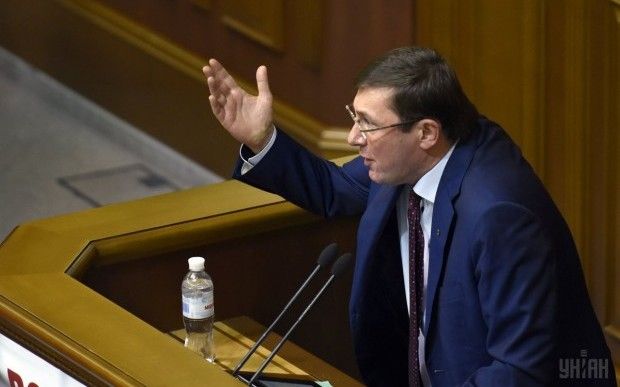 Lutsenko: None of our posts are forever/ Photo from UNIAN

However, the pro-presidential faction evades direct answers to the questions regarding specific nominees, voiced only common phrases that "Yatsenyuk’s government should be succeeded by technocratic Cabinet."

For several months, the Ukrainian politicians have tended to avoid discussions on the issue of a lack of potential candidates for premiership. Late last year, among the alternatives to Yatsenyuk were Yulia Tymoshenko, Natalie Jaresko, then Mikheil Saakashvili. Now the names of Verkhovna Rada Speaker Volodymyr Groysman and Lviv mayor, Samopomich Party leader Andriy Sadoviy have added to this dubious list.

On Monday, the Presidential Administration said it saw three possible scenarios for development of the current situation, and even publicly named a few names. The first option is a technocratic government, with Yatsenyuk being replaced by today’s Finance Minister, U.S.-born Natalie Jaresko. The second one is the political government, with Yatsenyuk being succeeded by Lviv Mayor Andriy Sadoviy. And the third way is another composition of government teamed up around any other candidates for the post of prime minister, whom the Verkhovna Rada will support with 226 votes. "The president is ready to work with any candidate offered by the Coalition," said Petro Poroshenko’s spokesman Svyatoslav Tsegolko. 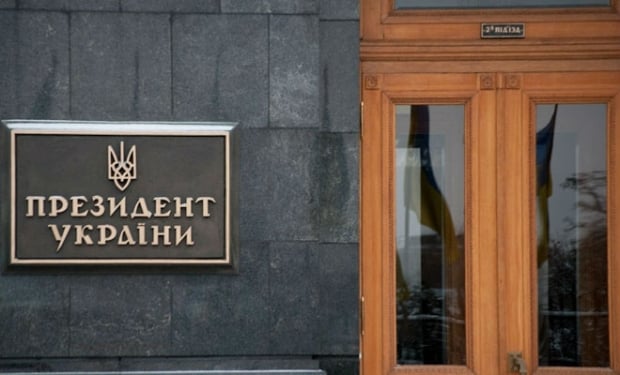 As for the absence of the coalition as such, Tsegolko said that a new parliamentary majority is needed to form the new Cabinet. The main criteria for such majority should be " preservation of a pro-European course and acceleration of reforms."

At the same time, the speaker of the Verkhovna Rada continues to insist that, despite three factions having quit the coalition, it still amounts to 237 deputies (their signatures have not been revoked from the coalition agreement), so formally, there are no grounds to say that the coalition has broken up. In other words, the situation is that there is only a visibility of an operating coalition just because the factions don’t want early elections. And it’s mainly pro-presidential and pro-Yatsenyuk political forces that keep this visibility alive. However, at the same time, the pro-presidential faction sounds really anti-Cabinet on live TV, showing little to no confidence in it. However, it fails to secure the actual no-confidence vote (oh, yes, a revote during this session would be illegal anyway) and refuses to support government bills.

... To date, all of the potential successors of Yatsenyuk one way or another deny their interest to occupy the premier’s seat. Some do so realizing that their nominations will not gain enough votes, some weighing whether they should spoil electoral ratings with their work in the executive branch if the elections suddenly can’t be avoided in the near future. Some assess how a bird in the hand (a premiership) may be a more promising than a pie in the sky (a potential president’s chair).