Poroshenko's visit to the United States can hardly be called a triumph, but it saw some concrete outcome. Parliamentary initiative to severe diplomatic relations with Russia is untimely. The referendum in the Netherlands on Ukraine-EU Association is getting closer. 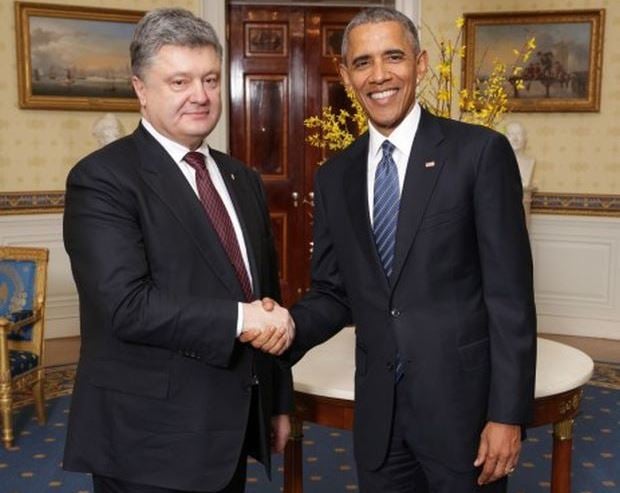 The meeting of the Ukrainian president and his U.S. counterpart was not impressive in terms of duration / president.gov.ua

Petro Poroshenko’s participation in the Nuclear Security Summit on the eve of the 30th anniversary of the Chernobyl disaster and in the context of nuclear disarmament of Ukraine looks quite logical. However, the meeting between the Ukrainian and the U.S. presidents did not last impressively long for objective reasons: in early April, Obama hosted other distinguished guests, while Vladimir Putin not being among them. Poroshenko discussed Ukrainian problems with Joe Biden, John Kerry and Victoria Nuland, who are traditionally responsible for Washington’s relations with Kyiv. 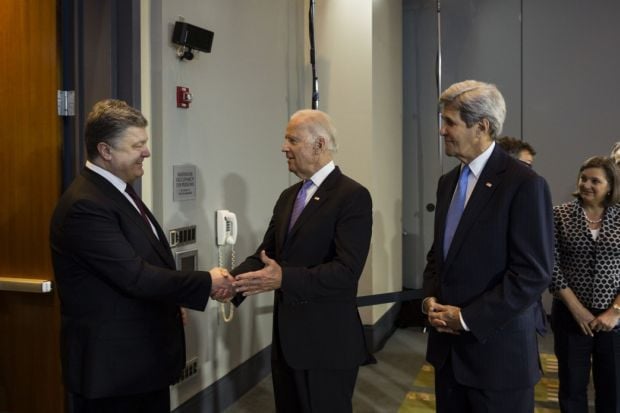 The bottom line is not only readiness to allocate $1 billion in loan guarantees after the appointment of the new government and nearly $300 million on strengthening Ukraine’s defenses. The tone of official statements (such as deep satisfaction of Geoffrey Pyatt over Viktor Shokin’s dismissal) suggest: overseas politicians will be binding allocation of aid to Ukraine with Kyiv’s actual action to combat corruption. And who knows, maybe one day, John Kerry will join the Minsk process... Besides, it would be difficult for Russia to object to participation of the U.S. Secretary of State in the negotiations.

It is interesting to note that Polish president Andrzej Duda in Washington spoke quite sharply regarding Russia's actions and security threats it poses in Eastern Europe. Warsaw once again shows its willingness to seek an opportunity for rapprochement with Kyiv. But the latter should insist though on changing the format of relations: from a "lawyer - client" concept, which has unfortunately become traditional for Ukraine-Poland relations, to the format of cooperation. 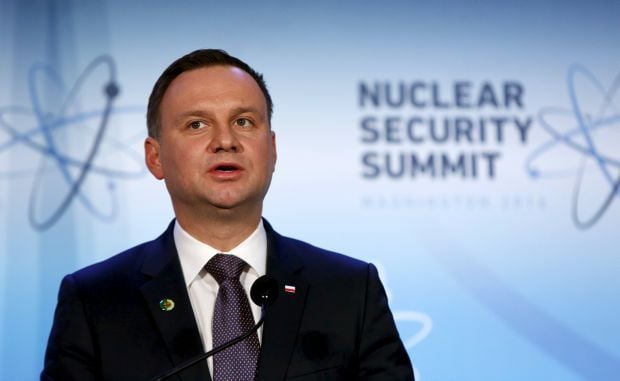 Meanwhile, the Ukrainian parliament almost got too close to setting up a vote for the severance of diplomatic relations with Russia following a relevant decision by the specialized parliamentary committee. Petro Poroshenko clearly spoke out against the move, and Ukraine’s Foreign Ministry is not happy with such prospects either, as they understand perfectly: cutting diplomatic ties with Russia today will turn against Ukraine. Far more promising is the line of searching for new variations of dialogue with Russia’s reliable allies, because even Belarus President Alexander Lukashenko admitted that only with the help of the United States is it possible to stabilize the situation in Donbas.

Meanwhile, we are getting closer to the date of the referendum in the Netherlands on the fate of the Ukraine-EU Association Agreement. On the last weekend before the vote, even Ukraine’s Foreign Minister is to join the Yes campaign in a bicycle seat. Dutch Prime Minister Mark Rutte is confident that his fellow citizens will support the agreement while the opponents emphasize that it is in fact directed against the EU.