The story of the "offshore companies" goes far beyond Ukraine, because it is a global problem. But the public interest in Panamapapers leak makes it worth considering how the scandal will affect the reputation of both President Poroshenko and Ukraine as a whole. 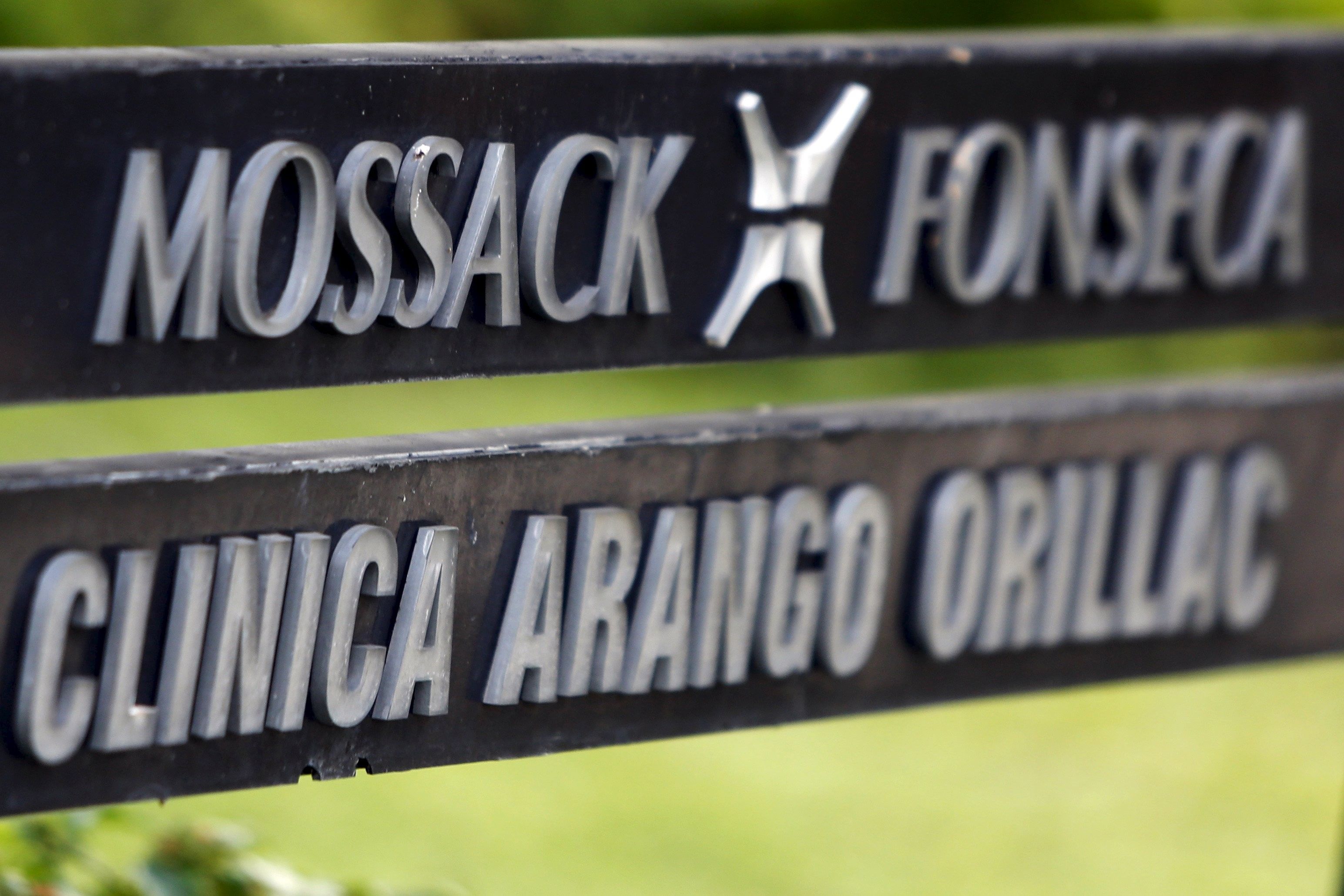 Journalists from different countries have simultaneously published their investigative reports about the owners of big offshore companies, based on data from the so-called Panamapapers – a collection of documents regarding offshore schemes of a little-known company from Panama called Mossack Fonseca. Such a large-scale leak forced even the world’s major geopolitical players to respond. For example, the United States called for more transparency in the international financial system. Chief of the European Union’s Mission to Ukraine Ian Tombinski stressed that the offshore companies are the global, rather than just a Ukrainian, problem.

At the same time, the publication of materials on offshore companies owned by the world’s elite, including more than a dozen Ukrainians, with President of Ukraine Petro Poroshenko among them, caused an unprecedented boom in the Ukrainian society. For the most part, the Ukrainians reacted harshly to this whole “offshore” thing. However, their claims to the president were limited to the fact that, firstly, it was not appropriate for the head of state in war to do business amid hostilities. Secondly, it was “if you promised to sell your assets, why does it take so long and through offshore?” Thirdly, despite the offshore activity not being illegal as such, why doesn’t the president want to settle the issues with his property within Ukraine?

All of these questions have been answered one way or another, then there came objections, counterarguments and new claims and explanations. Despite the fact that all parties were able to express their positions, the fact remains that the moral and ethical component of this situation prevailed over the legal aspects. In other words, as a member of the Board of Directors of the CFA Society Ukraine Oleksiy Sobolev has put it, "Poroshenko was just too unlucky to plunge into the list of the largest offshore scandal by simply opening a company in the BVI and not conducting any [business] operations there." "It does not matter, if he violated anything or not (the correct answer is No), but the media have already put him on a par with Putin and other ghouls," he wrote on Facebook.

The economic aspect: where is the reform?

If we consider the economic aspect of the situation, then, according to executive director of the Blazer International Fund Oleh Ustenko, "any Ukrainian moneybag, with assets on hand, is always thinking about the fact that it must be sold at some point." "And it is extremely difficult to sell it in Ukraine, given the Ukrainian legislation; therefore, despite the fact that these moneybags seem to be able to influence possible improvement of Ukraine’s legislative system, they still prefer to carry out their transactions under the English law. And the law of England provides an opportunity to conclude these deals with the registration of companies in the offshore," says the expert.

However, according to the expert, "when the political elite, which can influence the improvement of the situation in the country, is itself pessimistic about it, it does nothing positive to Ukraine’s image."

Anti-Corruption Action Center Head Vitalii Shabunin shares this view, saying that the offshore scandal with the president may affect the level of Western support for Ukraine in general. In particular, according to Shabunin, while the Ukrainian president claims that he had reformed the PGO and almost completed the reform of the courts, he also registers his companies in the British jurisdiction. "So that he could appeal to London court instead of Pechersk District court in Kyiv in case of any economic dispute," says Shabunin.

In this regard, according to the expert, no matter what the president says about the reform of the judicial and law enforcement systems, it is important, where he registers his companies. "This is the best indicator of reform," he says.

If we consider the legal aspect of the situation, then, according to Oleh Ustenko, the problem may be that the head of state has not put in his declaration the data on his foreign assets. However, in principle, he is not obliged to specify this information until the norm on the electronic declaration procedure enters into force.

"The only thing that he [the president] can be accused of is that he failed to show in his last year’s declaration that he had shares. However, in accordance with the legal framework, the liability for this lasts for a year," says the director of Center for Political Studies, Viktor Taran.

Thus, given that the president’s actions don’t fall under the criminal or administrative liability, Poroshenko may only suffer reputational losses, which may also affect his political force, the Bloc of Petro Poroshenko, according to the expert. "If the president is not happy with the Ukrainian legislation, he must offer ways to change it. However, he didn’t go this way, instead moving to carry out transactions with his assets in other countries. Therefore, it is only an issue of morale and ethics. For a political businessman, it is ethical, but for the president – it is not," said Viktor Taran.

The political aspect: no government – no money

And this already makes us look at the problem from the perspective of an ongoing political crisis in Ukraine. According to director of the Institute of Global Strategies, Vadym Karasyov, the president of Ukraine is not at the epicenter of this offshore scandal. But the "shock wave" could still seriously confuse the plans of the head of state. "In particular, it may affect his plans for the strengthening and consolidation of presidential power," said the analyst.

The thing is that the situation hits Poroshenko’s allies hard. First and foremost, it’s about the NBU Governor, Valeriya Gontareva, who was also mentioned in Panamapapers investigation. "Furthermore, this may interrupt the work of a new coalition and hinder Rada’s support for the nomination of Speaker Volodymyr Groysman for the post of a prime minister," said Karasyov.

Thus, a scenario of a "new government" in the form of strengthening the executive power under presidential control may fail, according to the analyst.

At the same time, according to Viktor Taran, namely the formation of the government is a key condition for continued cooperation with international financial institutions. "The only thing that can affect the IMF tranche is delayed formation of the government. This is very important, and we need to form a government within the next week,” he said. “We must pursue responsible economic policy in line with the IMF memorandum."

In turn, political analyst on international affairs Taras Chornovil considers unlikely that the Panamapapers will somehow affect Ukraine's cooperation with international financial organizations. "The other thing is that this story is a reminder to international investors that there is no economic law in Ukraine,” he said. “Any sale of Ukrainian assets goes only through offshore pads, not because someone wants to steal something, but because our Verkhovna Rada has not yet adopted any adequate legislation that would allow [owners] to easily control, resell, transfer to the management, or benefit from the economic capacities of their assets in Ukraine. We do have this problem, and the investors are well aware of it. Well, they’re actually not very eager to come to Ukraine anyway."

To date, despite the publication of Panamapapers, the United States expressed support for President of Ukraine Petro Poroshenko and the Ukrainian government. White House press secretary Josh Earnest said he couldn’t comment on any allegations against specific individuals contained in these documents. According to Earnest, taking into account the volume of documents, it would be too hasty to make any conclusions. At the same time he said that “President Poroshenko has demonstrated a commitment, along with the rest of the government of Ukraine, to implementing a whole bunch of anti-corruption reforms in Ukraine. And all along, the United States has continue to encourage President Poroshenko and other senior officials in the Ukrainian government to follow through with implementing those anti-corruption reforms."

According to the White House, there is more work that needs to be done in Ukraine, so it shouldn’t be forgotten in the light of sensational reports. "When you consider the record of President Poroshenko's predecessor, it's clear that they've made some important progress. And what's clear also is that the successful implementation of those anti-corruption reforms will be critical to the long-term success of the nation of Ukraine. And as the United States continues to support Ukraine in offering some security assistance, but also in terms of providing economic assistance, we're also going to continue to encourage them to implement those reforms faithfully to ensure the long-term success of our partner," said Ernest.

However, experts admit that, despite such a public position of Washington regarding the scandal involving offshore companies, both the U.S. and the IMF will now talk tougher with Ukraine. And the only way to change this situation for the Ukrainian political elite is to bargaining under the table, cut the shady schemes and demonstrate openness and transparency.