Meeting in Berlin: where will Normandy talks bring Ukraine

Today, 11 May, a regular meeting of foreign ministers of a Normandy Quartet is held in Berlin. But judging by the rhetoric of the parties on the eve of the meeting, all sides will retain their own positions in the talks. 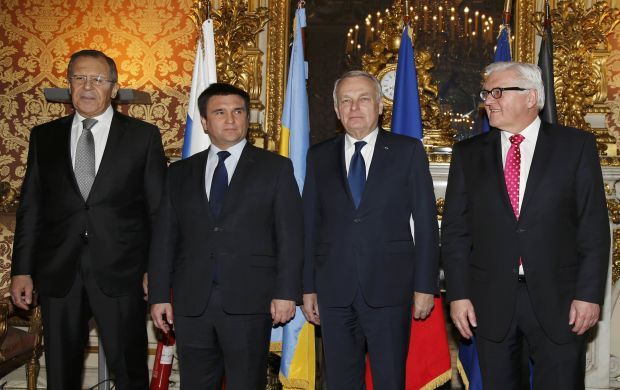 Announcing the meeting of top diplomats in Berlin, German Foreign Minister Frank-Walter Steinmeier said that the blockade between Kyiv and Moscow must be overcome and that the Minsk process cannot continue indefinitely and that progress is needed. By such progress he meant the agreement between the four ministers on preparation of local elections and providing security during their holding to avoid a return to the escalation.

Steinmeier said: "We have lost time. The ceasefire has become more fragile… I think it is necessary that we now give new momentum to overcoming the obstacles between Kyiv and Moscow." Although far from satisfactory, the situation in Donbas is significantly different from what was happening just a several months ago, according to Steinmeier.

However, the Ukrainian Foreign Ministry noted that, by and large, no change took place in the Donbas settlement – the ceasefire is being constantly violated, and militants are using heavy military equipment ...

According to the representative of Ukraine’s Foreign Ministry Dmytro Kuleba, the Normandy Four should in the first place discuss how "Russia is going to ensure the cease-fire and the creation of security conditions for moving forward in terms of the organization of the conditions for the holding of elections in accordance with the Ukrainian legislation and OSCE standards.”

At the same time, the Foreign Ministry of Russia has hinted that it would continue pushing the issue of a “civil conflict" in Ukraine and the need for direct dialogue between Kyiv and pro-Russian militants. In any case, according to the spokesperson for the Russian Foreign Ministry, Maria Zakharova, Moscow during Berlin talks will emphasize the need for local elections in Donbas and "providing a permanent special status for the region, fixed in legislation, as well as amnesty and the implementation of an actual constitutional reform."

The agenda of today’s meeting is simple: discussing the enhancement of ceasefire, which, in theory, was enforced on May 1; the preparation for the elections in Donbas (in terms of ensuring security), as well as the improvement of the humanitarian and socio-economic situation in the east of Ukraine. But given the fact that the latest meeting’s agenda (on March 3) was approximately the same while its outcome, according to Steinmeier, was disappointing, we shouldn’t expect that the situation will change dramatically May 11.

Firstly, that’s because Ukraine’s European partners somehow overlook the fact that Russia does not want to delve into the issues of security during the elections in the east of Ukraine, if any.

Secondly, the West is trying its best to not notice the reaction of Ukrainian society on the issue of elections in Donbas, which has been imposed on the Ukrainian authorities, and thus the opinion of the Ukrainians is not taken into account. According to a survey by the Razumkov Center, published April 28, 52.5% of respondents opposed the elections in the occupied parts of Donetsk and Luhansk regions. At the same time, 56.4% of respondents stand against any “special status” for Donbas.

Thus, the questions regarding the adoption of the electoral law, which, theoretically, would make it possible to hold elections in Donbas, will be raised, says political scientist Taras Chornovil. But the issue won’t move beyond discussion. "Ukraine will declare that there is no ground and reason for this so far, as the safety conditions have not yet been fulfilled, and even conditional ceasefire does not mean that the other provisions are being implemented – like disarmament of militants and other," he said.

At the same time, Ukraine’s Western partners and Russia may suggest that it’s not about holding the elections right away. So, Ukraine is still expected to pass the necessary legislation, in order to show its will to hold such elections in principle, under appropriate conditions.

In turn, a political expert and director of the Center for Civil Society Studies Vitaliy Kulik said that it is important for the Normandy Four that the mechanism of negotiating groups in Minsk continued to operate. And for that to happen, some preliminary results are needed. Among these, the German and French diplomats see the adoption of the electoral law for the occupied territories. "Obviously, the representatives of a Normandy Quartet will talk about the model of the elections, the standards, the possible periods of time when these elections can be held," he said.

In addition, of course, there should be talks on the complex measures aimed at de-escalation and demilitarization of the region. At least, according to Kulik, the Ukrainian side will surely insist on these points in terms of providing conditions for holding the Donbas elections.

The expert at the Maidan of Foreign Affairs foundation, a diplomat Oleksandr Khara believes that nothing good should be expected from Berlin talks. Despite another "ceasefire,” the relative lull in Donbas during the May holidays does not alter the overall picture of the security situation in the zone of the ATO. And, considering that the Minsk agreement does not reflect the real state of affairs, that is, the armed aggression of Russia against Ukraine, it doesn’t make sense for Kyiv to be talking about the unilateral implementation of these agreements. "These agreements are written as if we have a civil war. If we have a civil war, then it is certainly possible to resolve this matter, sitting down at the negotiating table with those who fight against us, to agree on a certain autonomy. But if there is an aggression of another state, it is an inter-state conflict, and this issue must be solved in another way," said Khara.

In fact, as UNIAN has already written before, elections in eastern Ukraine, if any, are only possible under the supervision and armed control by the international community. The thing is that the current OSCE SMM has long proven to be ineffective on security issues. That is why the question is discussed with increased intensity of reinforcing the special monitoring mission and "converting” it into a police mission.

However, even armed OSCE police mission wouldn’t be able to resist the militants. In addition, its main goal would be law enforcement. The OSCE is simply unable to make the pro-Russian military groups fulfill ceasefire agreements.

This is - a task for peacekeeping forces. But, according to political scientist, director of the sociological service Ukrainian Barometer Viktor Nebozhenko, Western participants to the Normandy Format are not yet ready to make such a proposal. "The breakthrough in this direction would only happen when France and Germany took responsibility and ensured armed security in the Donbas elections under the Ukrainian law," he said.

Anyway, Ukraine has made its move by declaring readiness to accept peacekeepers. And now the discussion on the topic is being held “in the depths of the UN.” However, the solution, if any, may be announced publicly only in a few years.

In this regard, the most important topics for the Normandy Talks are humanitarian issues, according to the Ukrainian experts. "A lot of problems in Donbas are related to communications and smuggling, with prisoner exchange, and the socio-economic situation in the war zone. All of this should be discussed very actively," said Nebozhenko.

"On top agenda should be the issue of the return of the hostages, the release of prisoners,” says Taras Chornovil. “The humanitarian component should be decisive in the negotiations." 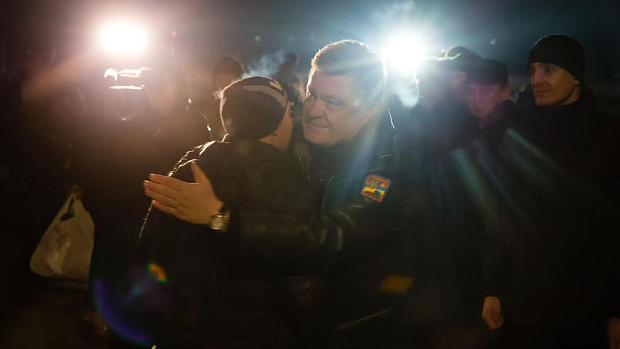 The main topic of the talks should be the return of the hostages / twitter.com/apukraine

The same opinion is shared by the expert on international affairs at the Maidan of Foreign Affairs foundation, Oleh Belokolos. According to him, the hostage exchange has been discussed for a long time without much progress. While the Savchenko case started showing some hope, the cases of other Ukrainian citizens, who remain in Russian and militant captivity, see no progress so far. In this regard, the expert opines that Kyiv should get prepared more carefully and actively promote this subject on the international arena. "Then it would have a positive effect," he said.