Arming itself with the cult of the “Great Victory,” Russia tried to escalate inner political situation in Ukraine on May 9. Yuriy Lutsenko changed his post of a leader of the largest parliamentary faction for the chair of Ukraine’s Prosecutor General, with the help of  certain amendments to the legislation. By-elections in four single-mandate constituencies will be a litmus test for many political forces. The prime minister announced an action plan for the transformations in the country.

It has become somewhat of a trademark for Russia to speculate on one of the most important holidays in the pantheon of the former Soviet Union – a Victory Day. And it's not only about the Immortal Regiment – the rally which is becoming increasingly politicized each year, but to use a variety of attributes of this victory day occultism for “rocking the boat” in Ukraine. Even some of Russia’s traditional allies – Belarus and Kazakhstan - realized that the messages which St.George ribbons translate are indeed harmful. In Ukraine it has long become a symbol of separatism.

Ukrainian politicians reemerged from the series of May holidays with multi-vector aspirations. Members of the parliamentary coalition and its informal allies were once again ready to adjust the legislation in order to appoint the prosecutor general a "pure politician," while the representatives of opposition factions continued to demonstrate their own integrity and desire to spite the president. The result of a debilitating political struggle in the Rada, accompanied by the mobilization of the coalition, was the adoption of amendments to the legislation and the passage with the light speed through all stages of formalities of  Yuriy Lutsenko on his path from the MP to the Prosecutor General. Coupled with a syndrome of inefficient Wednesdays and Fridays, traditional for Rada’s current convocation, the  lawmakers once again push us to reflect on the feasibility of holding early parliamentary elections. 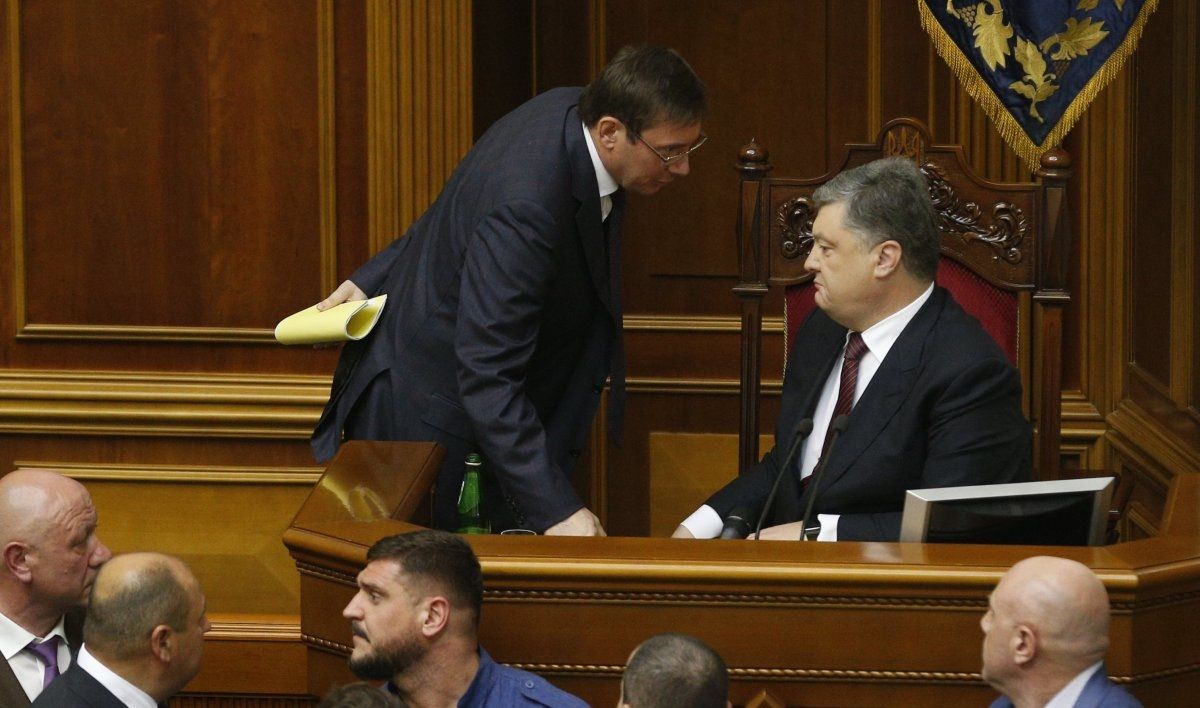 But the CEC prefers to “hurry slowly,” having appointed only midterm elections in four of the seven majority districts, where the seats are vacant. It is easy to predict that the mayors and Dnipropetrovsk and Chernihiv, as well as the ministers of agriculture and energy, who were deprived of their deputy mandates, will not remain indifferent to the electoral process. While the list of future participants in the July elections remains open, the political forces will try to use the campaigns, hot in every sense, for the adjustment of strategies across the country. Interestingly, it will soon be a year since the tragic death of MP Ihor Yeremeyev, but there is still no newly-elected deputy in his home constituency in Volyn, and the Central Elections Commission  is not responding properly.

But let’s get back to the prosecutor general. Interestingly, Yuriy Lutsenko was reticent in terms of giving promises. Moreover, he underlined that he understands that a failure in this chair would mean the end of his political career. I should add, it would deal a serious blow to the president's positions. If an experienced politician is unable to subdue the increasingly aggressive prosecutorial community and at least give the public some hope for the triumph of justice, Ukraine risks to plunge into a massive political crisis.

Perhaps, being aware of the complexity of today’s political situation, Volodymyr Groysman in his native city of Vinnytsia vowed before the end of May to submit an operational plan for reforms in Ukraine. But the prime minister will have to not just present to the public a plausible plan for reform of the economy, but he will also have to implement it in the conditions of instability of the coalition and the opposition activity.