Parliamentary coalition fails to please the public with stability and efficiency. Ukraine’s newly appointed prosecutor general Yuriy Lutsenko decided not to make any sharp moves. Jamala's victory at the Eurovision-2016 makes the country’s officials discuss the prospects for holding the next year's finals in Ukraine. 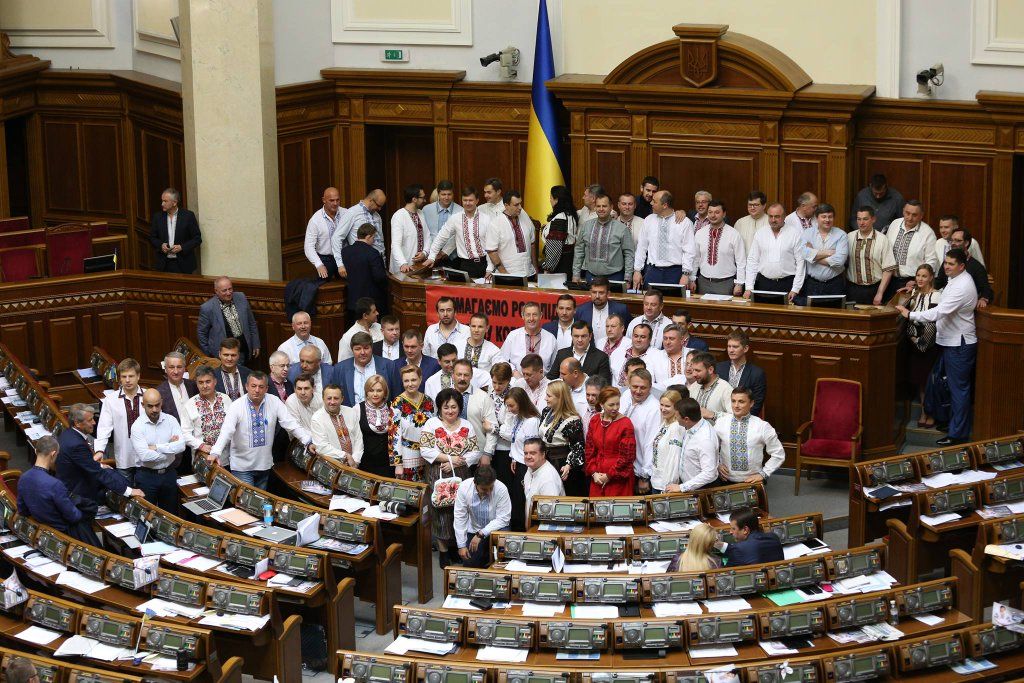 The Verkhovna Rada continues to pretend it's actually doing something, however it can’t prove to the public it is able to take the decisions the country needs. The reformatted parliamentary coalition, even with the support of deputy groups who support it, fails to show high efficiency in lawmaking. Yulia Tymoshenko has gained momentum in exposing her former political partners, almost on a daily basis, demonstrating own willingness to return to one of the leading positions. The Opposition Bloc’s Oleksandr Vilkul resented the renaming of Dnipropetrovsk, which is a somewhat confusing, given the fact that the previous waves of decommunisation were of a little to no worry for the opposition.

Against the background of excessive tranquility at the Verkhovna Rada, the priority action plan of the government, announced by PM Volodymyr Groysman, seems to hold too much optimism. Of course, achieving macroeconomic stabilization and creating favorable conditions for business some really necessary steps to take, but it is unlikely that any of those plans will be fulfilled by the Cabinet without due assistance of the Parliament.

Yuriy Lutsenko’s first interview in the position of Ukraine’s Prosecutor General was taken in a prison cell so familiar to him, in a Lukyanivka pre-trial detention facility in Kyiv. He says he prefers not to resort to any radical reshuffles at the moment, also admitting that the PGO today is not ready to forward any of high profile cases to the court. There is a logical question: what were Lutsenko’s predecessors doing in office and when will a public request for justice be satisfied?

After Lutsenko left for the PGO, the BPP parliamentary faction elected its new leader - Ihor Hryniv, who is an experienced political strategist, not too spectacular a public politician though. He has hardly any chances to tackle the ongoing crisis in the ranks of the largest parliamentary group, while its diverse structure sometimes turns into a very hostile environment.

The Central Elections Commission, which the authorities still fail to reformat, appointed midterm elections not only in the 23rd district of Volyn region, but also in the districts of Kherson and Luhansk where empty spots emerged after MPs Andriy Hordeyev and Yuriy Harbuz became heads of regional administrations. Of course, the election on July 17 of seven new members of parliament will not change radically the balance of political forces in the Rada, but it may help many parties decide on the tactics at parliamentary elections in the autumn of 2016.

Another anniversary of the deportation of the Crimean Tatars not only reminded of the tragedy of the nation which continues to suffer from the Russian annexation of their homeland peninsula. Jamala's victory at the Eurovision-2016 song contest has given her an opportunity to tell the whole Europe of what is happening in Ukraine in a language of music. In the meantime, Ukraine should stop the debate on the feasibility of hosting the Eurovision-2017 finals on Ukrainian soil and do everything possible to turn the competition into a massive advertising campaign for Ukraine.